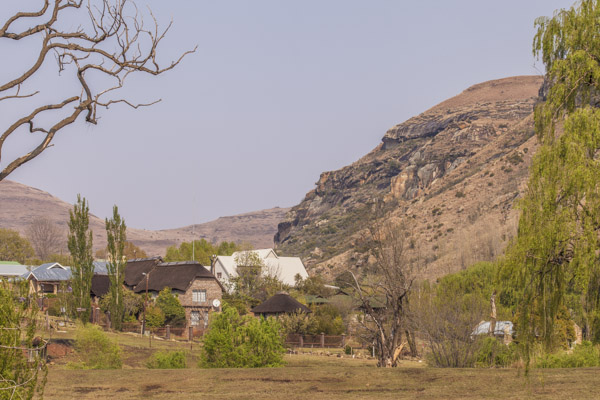 Clarens is more of a large village than a town or a city, and has become known as the "jewel of the Eastern Free State". And it is cute, with lots of cafes, galleries, museums and arts and crafts shops. Its setting is equally impressive; it sits in the foothills of the Maluti mountains, is the closest town of note to the Golden Gate National Park and is but a stone's throw from the mountain kingdom of Lesotho. Lots of fruit trees add plenty of colour in spring, and green willows adorn many of the open spaces in the village. All of this, combined with its relatively close proximity to Johannesburg, Durban and Bloemfontein, means that it is also hugely popular with white South Africans, who flock here on weekends and holidays. But as long as you don't expect to have it all to yourself, Clarens is a very pleasant place to stop. 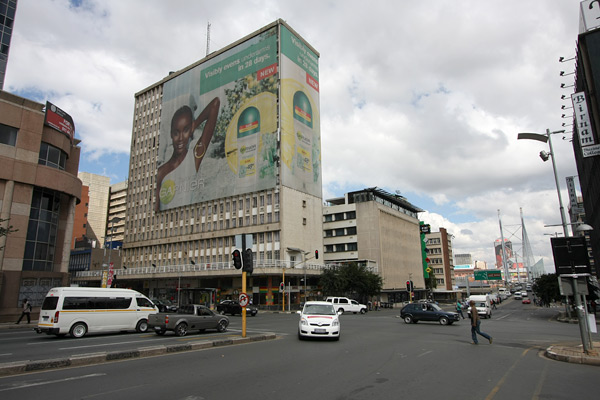 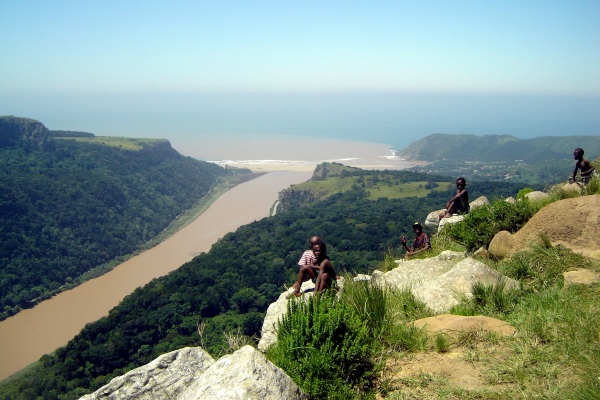 Set on the banks of the Umzimvubu river is the bustling village of Port St. Johns. Once a busy trading port, for a time, Port St. Johns seemed to have vanished from the map. It became a place where hippies went to hide. Today, it is a funky village that preserves the traditions and simple pace of life in the Transkei. Isolated beaches, rivers and rolling hills blanketed with subtropical forests shape the landscape of Port St. Johns. Additionally, there are many daytrip adventures to explore, highlighted by Magwa Falls, an 80 m waterfall that plummets straight down into the canyon below. Sundowners on the abandoned airstrip, terrifyingly set atop a mountain provides a brilliant perspective of the region. Sipping a beer while overlooking the town, river, and Indian Ocean is a great way to end the day. From this perch, you will appreciate the immensity and isolation of the Transkei region.
Port St. Johns is a great starting point for the 5-day Transkei hike that concludes in Coffee Bay. Both a guide (recommended) and the transportation of your bags can be arranged in town.
> Transkei guide
> More trekking 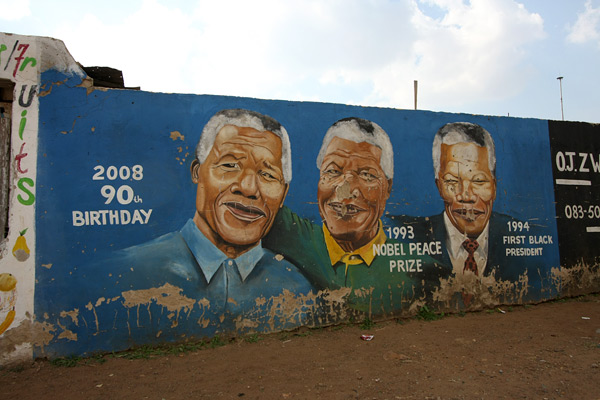 One of the most famous townships in the world, not to mention South Africa, is Soweto. Soweto stands for SOuth-WEstern TOwnships and it was created in the beginning of the 20th century to move nonwhites out of Johannesburg, while keeping them close enough as workers. As the supressing white regime got worse and more ridiculous, black's revolts increased. During the 70s, violent uprisings against the Apartheid kicked off in Soweto and spread throughout South Africa. When apartheid ended, Soweto was again the centre of attention since Nelson Mandela and Desmond Tutu both lived in Soweto, only two blocks apart. Today, Soweto is not anymore that shanty town as many expect. Sure, there are still poverty-riddled slums, but large parts have turned into suburbia for middle-class black people. The main sights like Mandela's former house and Hector Pieterson Square are well established tourist attractions, but you don't have to venture far off Vilakazi Street to experience the real Soweto.
> Photo gallery 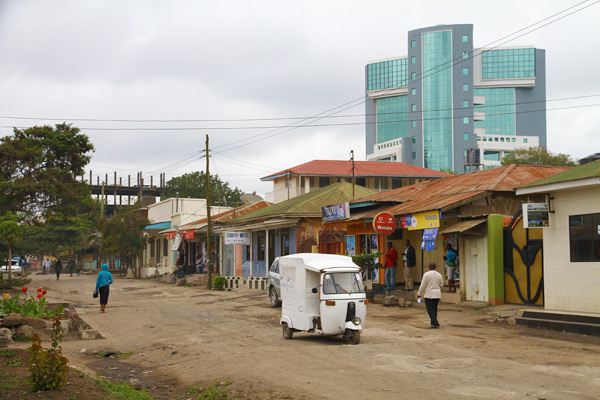 If it weren't for the fact that Arusha is the hub for safari expeditions in Northern Tanzania, very few people would come here on their own. Relatively spread out, the town lacks any great attraction besides the pretty backdrop Mount Meru (4565 m) offers. Setting foot in town, you are sure to be accosted by fly-catchers, the men who try to sell you a safari package or take you to their "sister's" craft shop. But even though they are everywhere and sometimes insistent, a convincing "No thank you, we've already booked with another company" will have them move the conversation to a more casual, friendly topic.

Charming Stone Town has such an exotic reputation. It has been a trading post for centuries with shifting powers all putting their mark on this vibrant harbour town. First it was Arabic spice (and slave) traders, then came the Indian merchants, and later the British. Today every safari tourist in the country ends their holiday with a few day on Zanzibar with a mandatory tour of Stone Town. But Stone Town lives up to its reputation. The old town is still magnificent with its maze of narrow alleys and whitewashed traditional houses with finely decorated wooden doors. Some buildings have been done up and turned into boutique hotels or tourists shops, while others look like they haven't been maintained since Freddy Mercury was born.
> Photo gallery
> More UNESCO World Heritage Sites, Africa

On the border to Benin

Described in Joseph Conrad's Hearth of Darkness as "a God-forsaken wilderness, with a tin shed and a flagpole lost in it" the town wasn't much to look at in the early colonial days. Originally known as Little Popo, Aného eventually prospered as the first capital of German Togoland. A German cemetery and some fine churches are evidence that this outpost once held some importance. Today, the wilderness is reclaiming many of the grand colonial buildings. Locals don't pay much attention to the crumbling grandeur. If colonial history isn't enough of a draw, the area is also an important voodoo centre. Voodoo culture here bubbles under the surface, and it will probably require some local assistance to be introduced to the fetish priests here. Alternatively, nearby Glidji is home to a couple of famous voodoo temples and shrines. 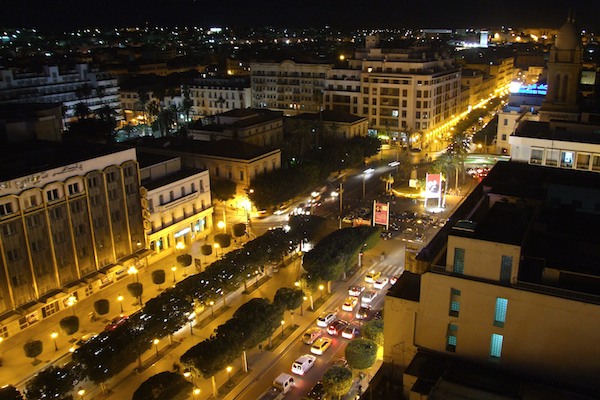 More often than not, the capital of whatever given country is the centre of life. With museums, nightlife, shopping, transport links and everything else, the Tunisian capital of Tunis is no different. While most people seem to gravitate towards the souqs, bazars and medinas in the city, there is much more up for offer. Firstly the magnificent Bardo Museum will tantalize the sense, as much for the building as the artifacts. Architecturally, the churches, embassies and such are wonderful. There are plenty of outdoor cafes and restaurants for those culinary inclined. And there are a smattering of bars and clubs to rock the night away. Tunis has what you'd expect of a capital... everything!
> More African capitals 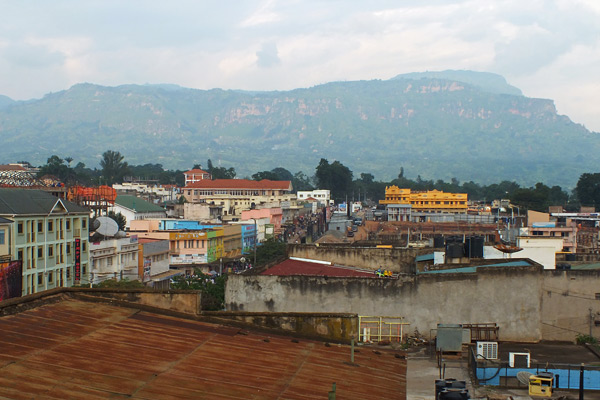 Opinions over Mbale are not unanimous. Most travellers will just go through it on their way to northeastern Uganda or Sipi Falls, but a few will choose to spend a day or two in the city, using it as a base to explore the region. Of the ones who stay for more than a couple of hours, some will praise its beautiful setting in the foothills of Mount Elgon, while others will deplore its lack of interesting things to do. Some will enjoy strolling along its lively streets, while others will call them dirty, noisy and chaotic. Where some will appreciate interesting architecture from the colonial era, others will just see crumbling buildings. Whatever their opinions are, all will agree that Mbale is not a must-see, but if a stopover is necessary, it is certainly not the worst place to be in.
1 2 3 4 5 6 7 8 9 10 11