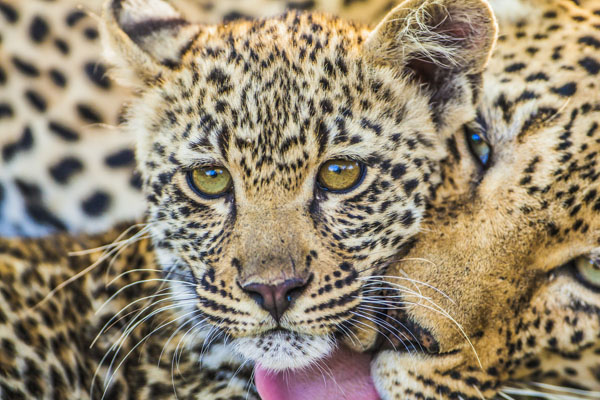 Wildlife viewing in South Africa does not get any better than this, and leopard viewing probably does not get better than this anywhere in Africa. Sabi Sands, just outside Kruger National Park, boasts all of the Big Five as well as many other species of interest, including African wild dogs, cheetahs, giraffes, zebras and a wide variety of antelopes. Sightings are limited to two or three cars, so there is never a sense of being crowded, although the lack of vast, untouched lanscapes and the 15-minute viewing times (if other cars are waiting) diminishes the sense of wilderness somewhat. Walking safaris are possible, as are night drives. But the highlight for most visitors is the leopards. Through a careful process of habituation starting with a single female at Londolozi in the 1970s, many of the leopards in Sabi Sands are largely unconcerned by the presence of vehicles. This allows for some incredible sightings, and a chance to see otherwise rare behaviour such as mating or mother-offspring interaction. Sabi Sands also offer plenty of opportunities to get close and personal with rhinos, lions and wild dogs, and if your goal is to see lots of wildlife in a short amount of time there is probably nowhere better in South Africa. 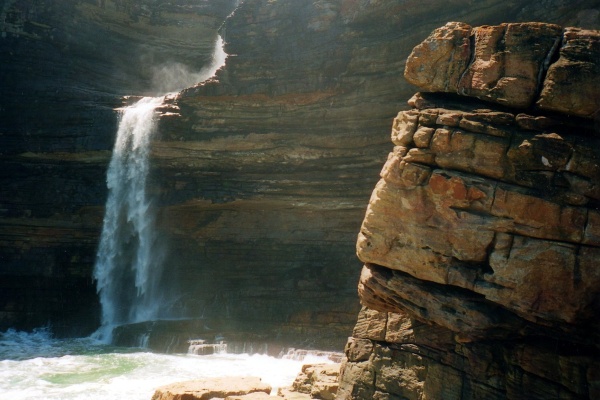 One of the Transkeiâ€™s best-kept secrets is the coastal village of Mbotyi. Set on the banks of the Mbotyi River, this charming community and the incredible nature that surrounds it are worth a visit. Spend days exploring the Ntsubane forest, one of the largest indigenous forests in all of South Africa. Countless paths will lead you through this lush forest, home to a diverse bird population that includes the endangered Cape Parrot. Along with its forests and isolated beaches, the Mbotyi area is spoilt with seven waterfalls, including the spectacular Magwa Falls and Angel Falls. A great trek is up the towering gorge to the base of the 110 m Fraser Falls where you can cool off in its crisp rock pools. All the falls are worth a visit, however, Waterfall Bluff is the must-see. The coastal hike to this marvel is half the fun for you will pass some surreal rock formations including the ominous Cathedral Rock. Of course, the highlight is Waterfall Bluff. This raging 60 m waterfall that empties into the Indian Ocean will have you at a loss for words upon your arrival.
> Transkei guide
> More trekking
> More waterfalls 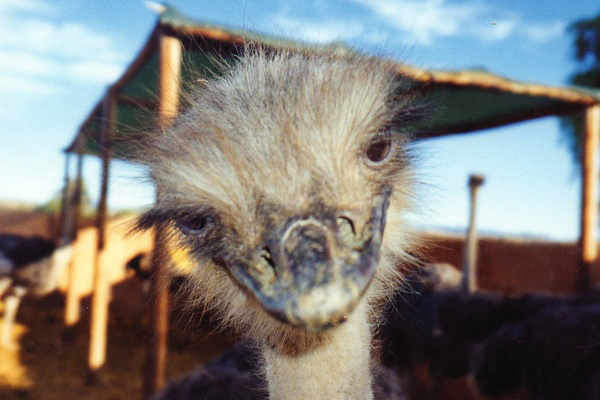 Set in South Africa's Little Karoo region is the town of Oudtshoorn. Other than the natural beauty, this small community has two main tourist attractions, ostriches and caving, both of which you will certainly have your fill. Home to the largest ostrich population in the world, this is a great spot to get a proper look (and taste) at these rather strange creatures. Riding on the back of an ostrich is an odd experience but one that must be had. Should you tumble from the pea-brained bird, get your revenge by indulging in a delicious ostrich steak and/or egg. However, the highlight of Oudtshoorn is the Cango Caves. Unearthly caverns and chambers, 9-metre stalactites and stalagmites, and over 4 km of twisting tunnels make up this surreal feat of nature. The ultimate test of your claustrophobia will come at the Devil's Chimney, a tunnel that has an opening a mere 30 cm wide. Getting to and from Oudtshoorn is half the fun. The drive along the Swartberg Pass with its breathtaking views of the Matjies River Valley is arguably one of the most stunning in South Africa. 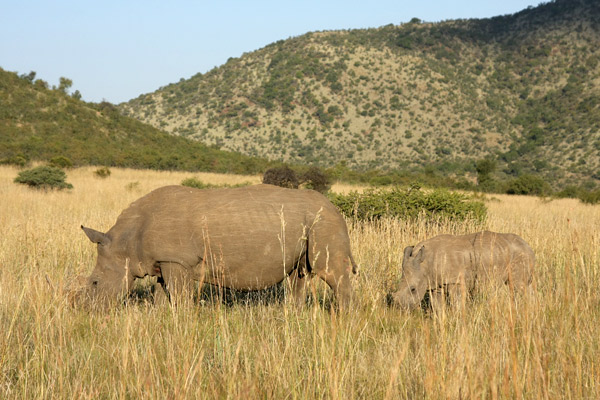 Though Pilanesberg National Park is both smaller and less famous than Kruger, it's an equally good big game reserve - some think it's even better. All of the Big Five (elephant, lion, leopard, buffalo and rhino) are here along with giraffe, zebra, hippo, baboon, hyena, wild dog and a long list of antelopes and birds. You can drive in your own car along a network of tar and gravel roads, and there are both safe picnic areas and hides. The park is fairly small, meaning it's easier to get to the parts where the animals are, but the herds are correspondingly small. The landscape is mostly savanna with tall grass and thorn trees, but there are also bushy regions, rocky outcrops and mountains. The area around Mankwe Dam is particularly good for game viewing. Another appealing feature of Pilanesberg is it's only two hours drive from Johannesburg, making it a possible day trip.
> Photo gallery
> More national parks in Africa
> More safaris 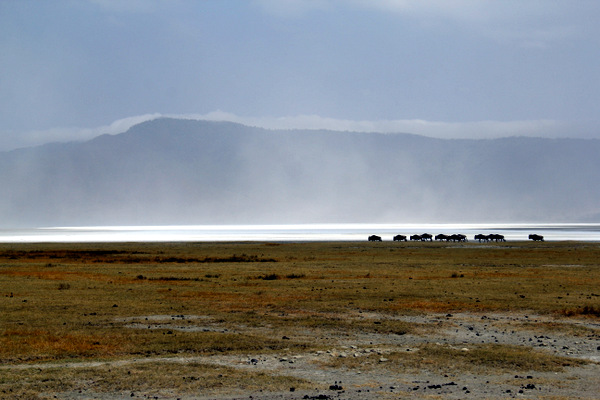 The Ngorongoro crater is one of those magical places you can't forget. The collapsed volcano is the largest unbroken caldera in the world (300 sq km), home to a great variety of wild animals, and a UNESCO World Heritage site. Picture everything you can imagine about the East African plains: tall grass in hues ranging from green to golden, a soda lake whitening as dry season advances, grazing antelopes, hunting lions... All of this surrounded by a tall wall of mountains, with the rim of the crater often coated in a thick fog, much like whipped cream on a Bundt cake. The descent into the crater is breath taking: the view of the entire caldera is spectacular in itself, but as you go down, you start to make out the different animals that you will come to meet up close. The area is not a national park, and the Maasai people that inhabit the region have a special agreement with the government regarding the use of the land. Seeing these beautiful people tending the cattle just adds to the experience.
> More safaris
> More UNESCO World Heritage Sites, Africa 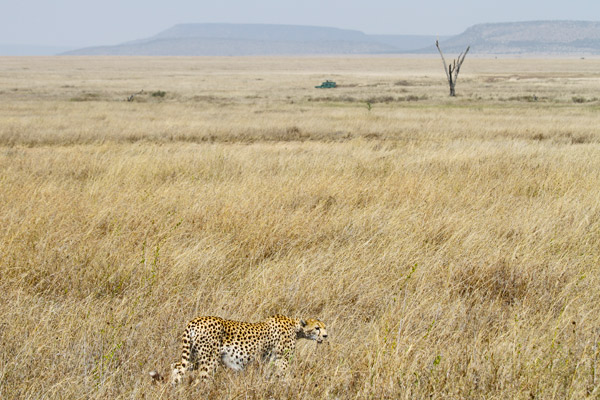 The Serengeti is one of the most famous national parks in the whole of Africa – and for good reasons. There are many big cats (particularly lions) and the plains get crowded during the annual migration of more than a million wildebeests and other grazers, when they march to Maasai Mara in Kenya for better grassland. The northward migration normally takes place in June, where the wildebeest congregate on the banks of Grumeti River before crossing, to the joy of the ravenous crocodiles. The southward migration normally takes place in October. But no matter the season, there will always be game (elephants, zebras, buffaloes, giraffes, warthogs, and various gazelles and antelopes) to see in Serengeti. Keep in mind that predators, like cheetahs, leopards, and jackals, are more difficult to see during the lush and green period (November-May) than the dry season (July-October).
> More national parks in Africa
> More safaris 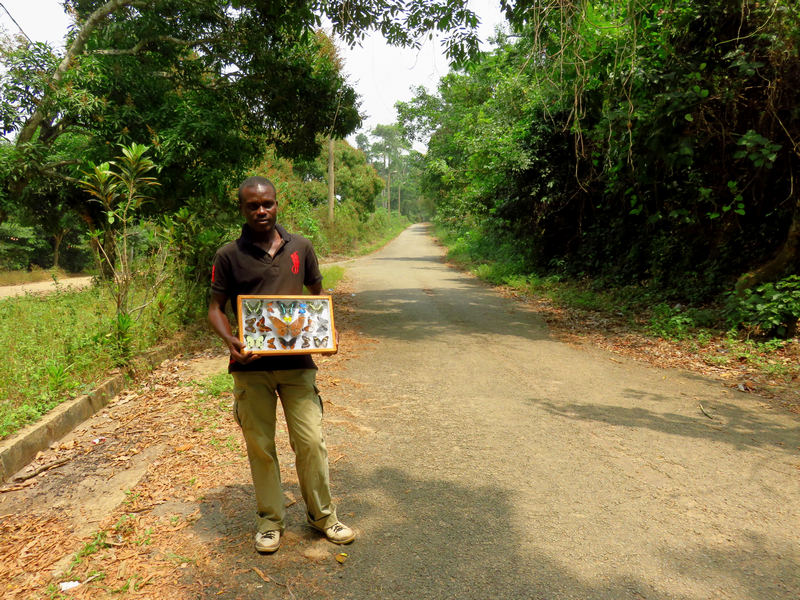 Some of the best hiking in West Africa can be done in the green rolling hills of Plateau Region. It's some of the most beautiful and fertile lands in the country. Hikers can choose between a vast range of landscapes, coffee and cocoa plantations around Kpalimé (pronounced with a silent "k"), the mountain vistas at Badou or liana-laden rainforests in between these two towns. Two of the country's highest mountains, Mont Klouto and Mont Agou are both just dozen kilometres from Kpalimé while the small village of Kouma-Konda offers walks through the Missahohé Forest, famed for its huge variant of butterflies. Heading to Badou, the most exciting hiking destination is the 35m Akloa Falls, 11 km south of town, where it's possible to take a refreshing plunge into the pool below the falls. 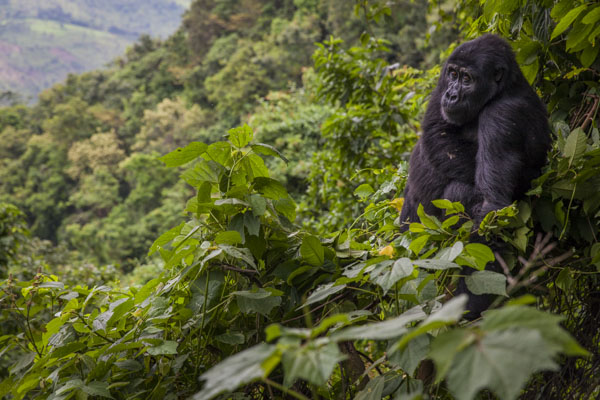 For many people Bwindi isn't just the highlight of their visit to Uganda, it is the ONLY place they visit: travel agents often combine a safari in Kenya or Tanzania with a couple of nights here. Bwindi has about half of the world's remaining mountain gorillas, and despite everything else the park has to offer, this is by far its biggest drawcard. It is a beautiful park, but it is also highly varied: this depends largely on where you end up going. Near Buhoma, which is the commercial and administrative hub of the park, you will often be within view of farmed fields, houses or people (even if you have trekked for over an hour) and the hills here are extremely steep. Farther into the park the feeling is far more prehistoric, and you no longer wonder why the forest is referred to as being impenetrable - it's tough going! There are a few other organised activities (nature walks, cultural visits, even multi-day walks into or out of the park), but that's probably not why you'll be coming here. Still, it's worth hanging around for an extra day or two inside the park without the time pressure involved when tracking gorillas.
> More national parks in Africa 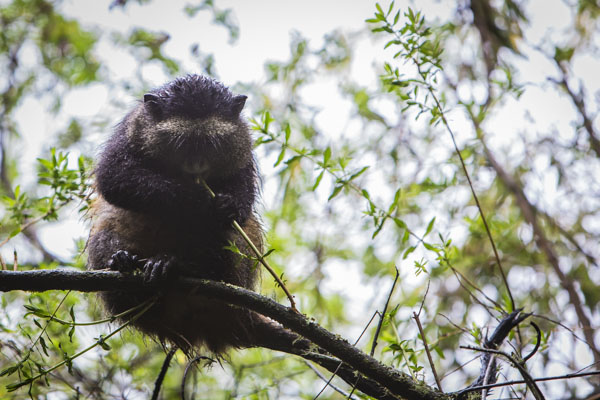 While most people come to Mgahinga to hike one of its volcanoes or track mountain gorillas, golden monkeys are a great alternative if you have a day to spare. They are very rare, and this is one of only two places to see them (the other being in Rwanda). You have two options. The first is not dissimilar to gorilla tracking: a guide will take you to the only fully habituated troop, and you will spend one hour watching them go about their business in the bamboo forest. The second is a more wholesome experience, and your guide in this case is zoologist Sandra Grey, the world's foremost expert on these primates. The troop she works with is not fully habituated, and there is no guarantee that you will actually see the monkeys, but Sandra will not only teach you about the forest in general, you will also get a fascinating insight into the day-to-day work of a field zoologist in Africa. And if you do find the monkeys, you won't be limited to the single hour. A word of warning though - the bamboo forest is surprisingly dark, the monkeys are fairly small, and they move quickly, so don't expect to walk away with fabulous photographs. 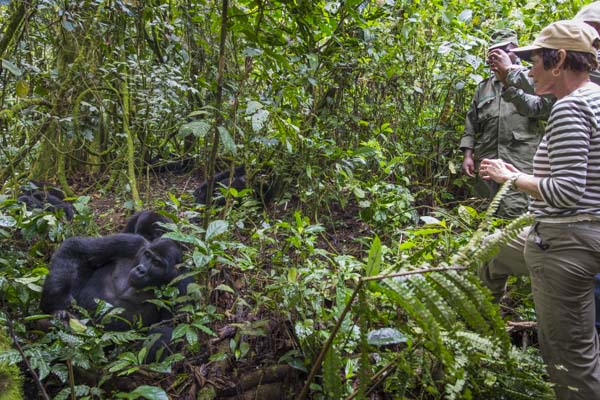 People often baulk at the high cost of gorilla tracking, especially since you only get a single hour in the company of the animals, but it's so, so worth it. Gorillas are among our closest relatives, and that connection is undeniable when you end up face-to-face with one of them. Gorilla tracking is a fantastic experience, but there are a few things to keep in mind. Bwindi is very hilly and slippery, with plenty of nettles and thorns, so be sure to dress appropriately - and be prepared to walk for several hours if the gorillas happen to be far away. They are very susceptible to human disease, so try to respect the 7m minimum distance even if the rangers urge you to get closer. And stay calm - gorillas are gentle, but enormously strong, so surprising them with sudden movements isn't a great idea. All gorilla encounters are memorable, but if you want a bit of fun, try to arrange to visit a family with several youngsters, as they tend to be both more active and more curious than their adult counterparts. There are numerous habituated families in Bwindi, each different from the next, but all equally captivating. Absolutely unforgettable.
> More gorillas
1 2 3 4 5 6 7 8 9