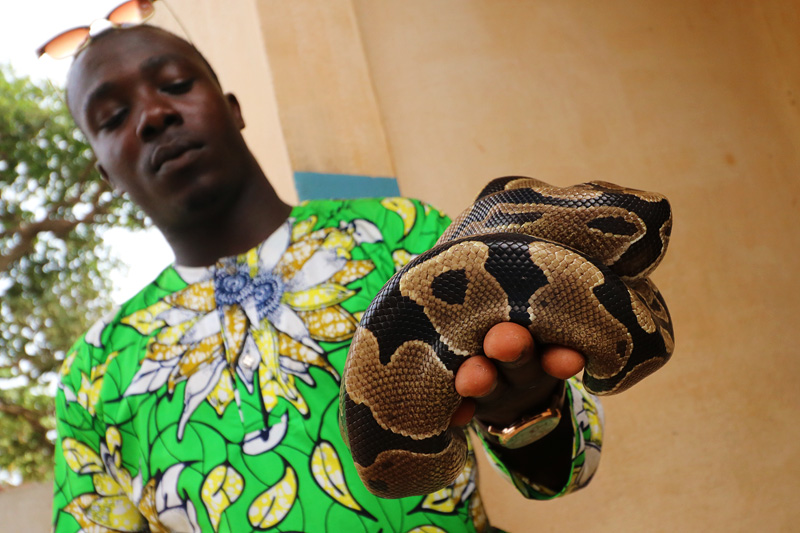 As part of the strong voodoo belief, there is a temple in Ouidah which is dedicated to pythons (yes, the snake). Believers - and tourists - come here to make sacrifice to the pythons in hope to have their wishes come true. The are ceremonies every third day at 2 pm, but you're also welcome to see the small temple at any other time. You will see some shrines, but the most interesting part is of course the pythons. The guide will probably show you one up close and let you hold it, in addition to a peek inside the snake pit. Though there is an entrance fee, along with a camera fee, the guide will most likely also ask you to make a donation to... eh, the snakes.

All over Côte d’Ivoire 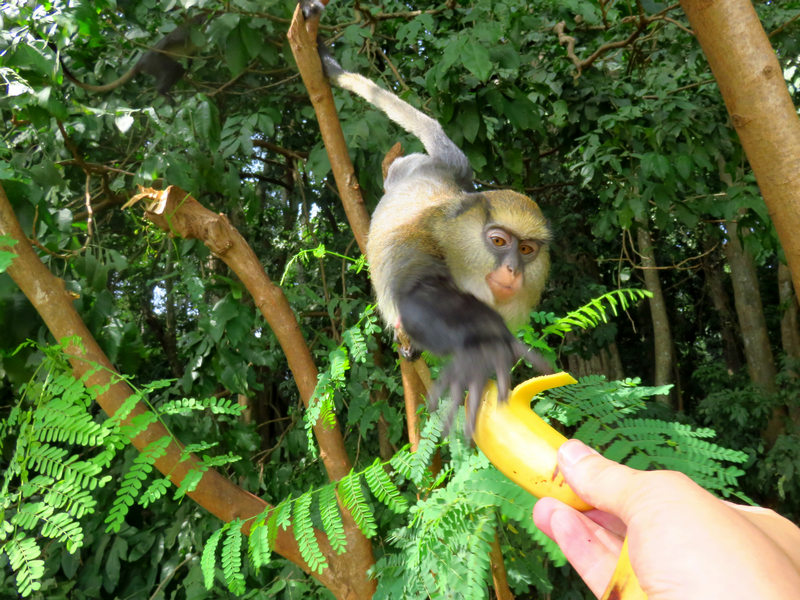 A common joke in West Africa and Côte d’Ivoire goes: "50 % of the population are Christians, 50 % are Muslims and 100 % are animists." It's not completely wrong, as animist influence is high even in the most Christian or Muslim of towns. Most common is, probably, the use of sacred forests, and almost every town and village have one. A sacred forest is, simply, a forest where the town's ancestors' spirits live. Therefore, it's forbidden to go inside these woods, fell their trees or collect its fruits. Given this off-limit nature of sacred forests, their tourist value might not be the greatest. However, due to the lack of human disturbance monkeys and other animals often live in the forests. These animals are also considered sacred, and in some places, they've even been habituated to human contact. Most famous is Le Forêt Sacrée de Gbêpleu in Man, where – if you bring some bananas – a group of Mona monkeys will be more than happy to help you devour the spoils. 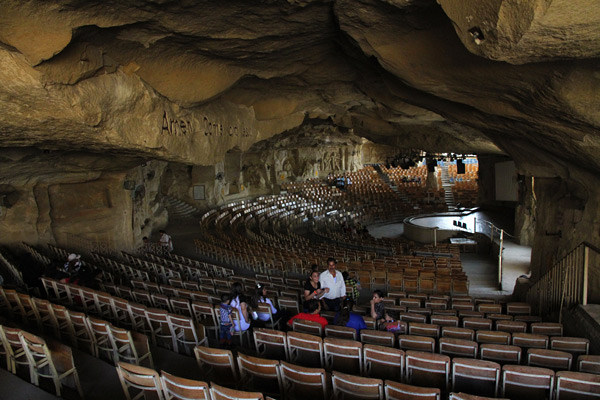 At the foot of Mokattam mountain lies a cluster of Christian churches, which have been chiseled out of the mountain face. They lie in the outskirts of Garbage City, a neighbourhood of garbage collectors or Zabbaleen as they are called, which is an odd sight itself. The first cave church was carved out in 1975 when the Christian community of the Zabbaleen felt they were not going to be evicted again, which they otherwise have suffered from throughout their history. Today there are several cave churches on the site, whereof St. Simon is the biggest with seating for more than 20,000 people, though it feels more like an amphitheater than a church. When visiting, remember to have a look at the equal fascinating Garbage City next door.
> Photo gallery
> More great churches 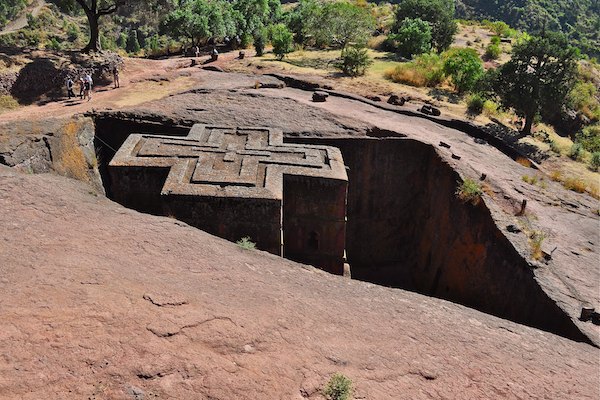 There are few sites on Earth like the rock-hewn churches of the UNESCO listed Lalibela. The magnificent religious buildings were actually carved into the stone, almost like a negative impression. Arguably the biggest attraction in the country, this is one of those sites that does NOT disappoint. But beyond the magnificent churches, including the iconic St. George's with its cross roof, the brilliance of Lalibela is the way the whole area is managed. Actually a collection of 7 villages (of which only 1 has the churches), revenues are shared among them all. Guides must be licensed by local authorities and anyone trying to scam tourists is quickly chased off. It is a surprisingly stress-free visit so one can actually enjoy the spiritual sensation the place was built for.
> More great churches
> More UNESCO World Heritage Sites, Africa 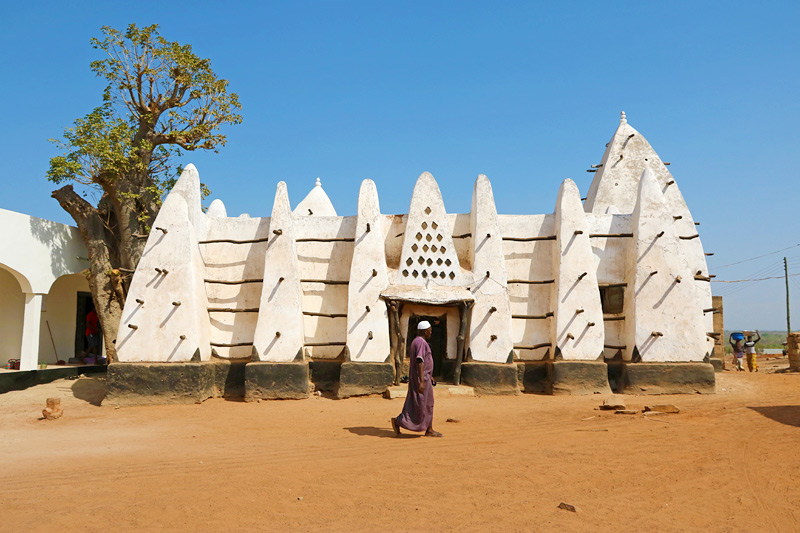 It's believed that the ancient mosque in Larabanga was founded in the early 15th-century, some 50 years before the first Portuguese castle at Elmina, which will make it the oldest building in Ghana. The mosque is built in so-called West Sudanese-style out of mud and sticks, but isn't unique as there other mud-and-stick mosques in northern Ghana. There are a lot myths and legends related to the mosque, which is considered to be a "Ghanian Mecca" for local Muslims. Since every tourist to Mole National Park, also pays a short visit to the mosque, you have to deal with the usual crowd of would-be guides and donation scammers.
> More great mosques 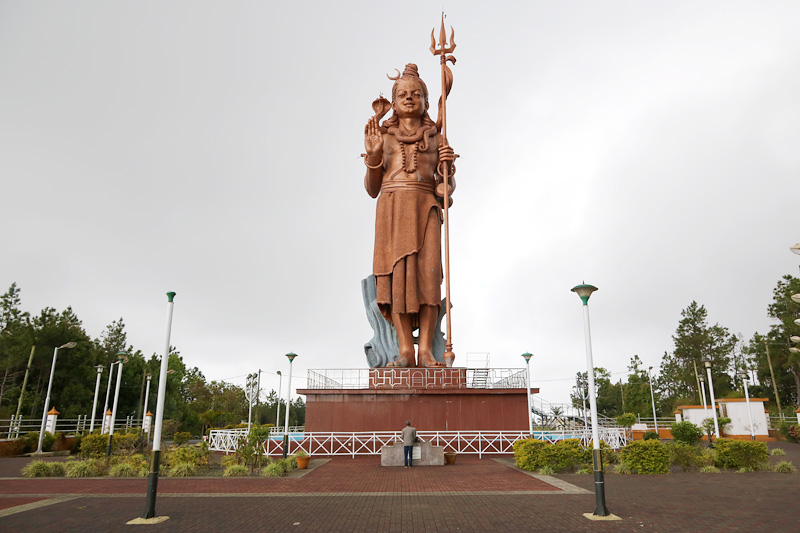 The lake at Grand Bassin (Ganga Talao) is considered sacred for Hindus. There are several Hindu temples around the lake and on both sides of the road stand two giant statues of Shiva (33 m) and his wife Parvati (not completed). Every year at the end of February (or beginning of March, depending on the lunar calendar) the site turns into the largest Hindu celebration outside India. More than 400 000 believers go on a pilgrimage (Mahashivratree) to the lake as a sacrifice to the gods. However, at all other times the site is rather quiet with an empty wide boulevard and parking lots that seem out of proportions.
> More big statues 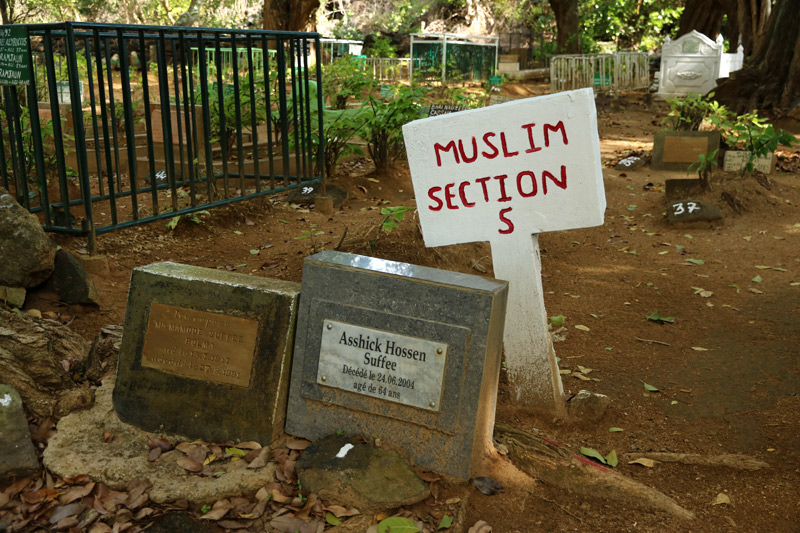 The population of Mauritius is a mix of mostly Indian, Creole and Chinese descendants and there is a surprisingly large religious tolerance. Churches, mosques and Hindu temples can usually all be found in every large settlement. The graveyard at Pointe Lascars is a fine example of Mauritius' religious melting pot. Christians, Muslims and Hindus have their own lots under the shady branches. At the far end of the graveyard on the shore stands a huge tree with air roots from where religious banners hang. Next to it is a small shrine of some sort. If you find these kind of sights interesting, you won't be disappointed with this graveyard. 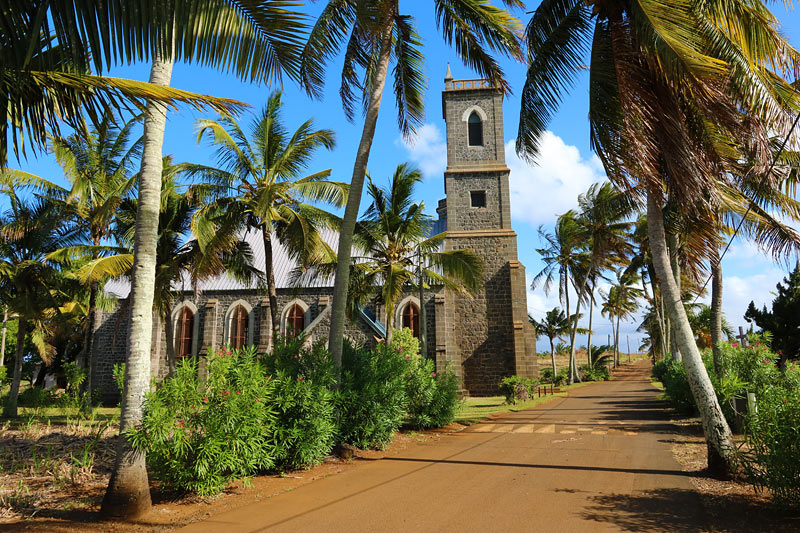 There are plenty of old stone churches on Mauritius and the one in Poudre d'Or isn't anything special in that context - but it still makes a nice stop while exploring the area. The church was built in 1847 and there is a large cemetery in front of it.
> More great churches 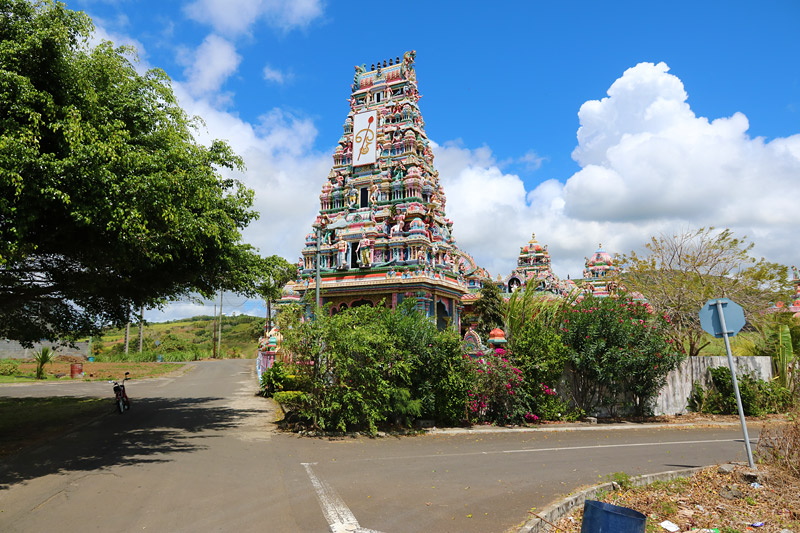 About 68% of Mauritius' population is of Indian descent, so there are plenty of colourful Hindu temples here and there. The Siva Soopramaniar Kovil La Luicie temple, just outside the small settlement of Belle Rose, isn't any different from all the other Hindu temples, just one out of many. 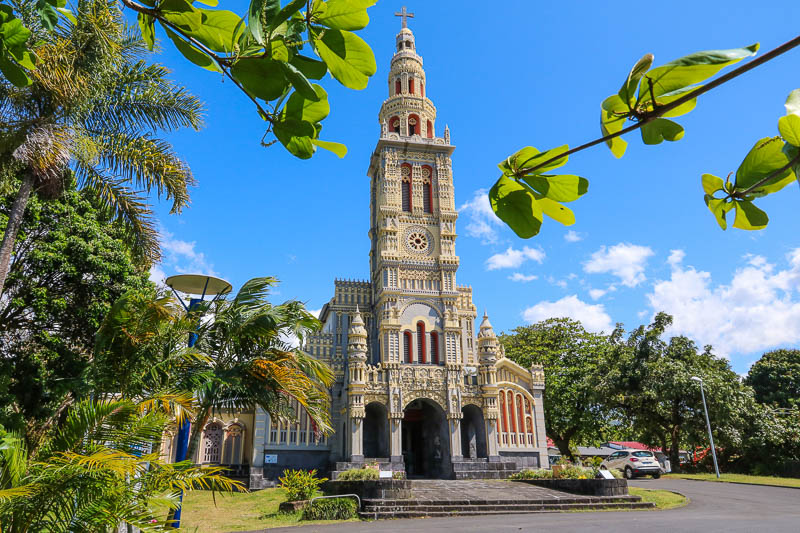 Saint Anne's Church (Catholic) has proclaimed the title as Réunion's finest church. It was erected in 1857, but was rebuilt in the first half of the 20-century. The pastor let his "children" help him with the decoration of the church. The result is a colourful facade covered in stucco depictions of flowers and angels.
> More great churches
1 2