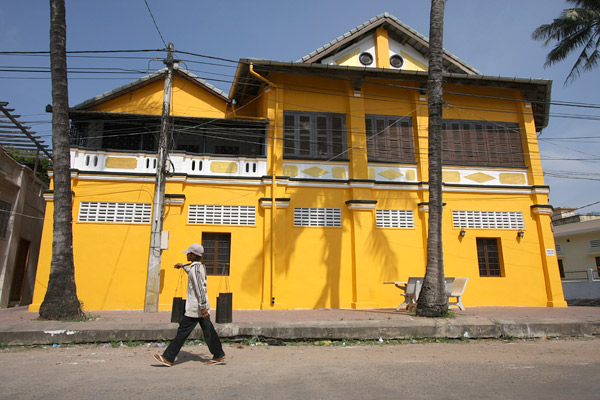 Kampot is a dozy colonial town with a nice river setting. Beside bicycling school kids and slow moving scooters, the streets lack of traffic. There are still heaps of old French mansions and trade houses where some have been converted into cafes or guesthouses but the majority still stand faded and aged with patina, earning Kampot an extra point for charm and authenticity. The small town is a great base for exploring the lovely countryside on a rented bicycle or scooter. Within a couple of hours drive, you can find cave-temples, villages, salt fields and pepper plantations – even Bokor mountain can be viewed from Kampot with a cold drink in your hand. With the gorgeous surroundings and laidback atmosphere, it is very likely that you'll end up spending more time in Kampot than planned. 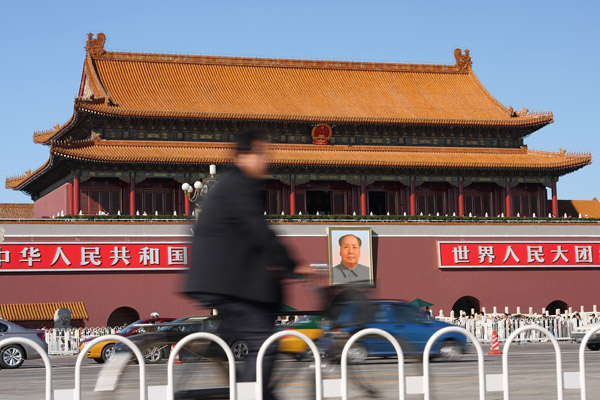 The capital of China is a mind-blowing mix of imperial leftovers, bombastic communist relics, Chinese boom economy malls and just a lot of ordinary Chinese. Though it is constantly being rebuilt, there are still lots of elaborated temples, cramped hutongs and green parks with old people chatting between ultra wide boulevards. There are so many historical sites dating back to all the dynasties, that most people get templed-out before seeing them all. Luckily, there is also modern architecture, the mausoleum of Mao, and, the Chinese's favorite, never-ending shopping. If you are still standing when the night falls, head to one of the bar areas for a quiet drink - or pull an all-nighter in a Chinese disco. Almost everything is possible in Beijing, though you will probably get a stern look from one of many uniformed teen guards just for standing out.
> Beijing guide
> More Asian capitals 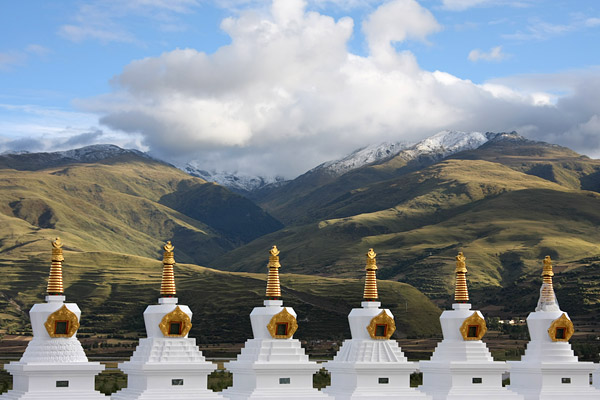 The Tibetan trading town of Ganzi (alt. 3350 m) might not seem as the most charming place in western Sichuan, but, away from the dusty and noisy main road, things get interesting. The old Tibetan quarter, with its narrow alleys and adobe walls with dry yak dung, is begging to be explored and so are the couple of Buddhist monasteries in the outskirt of town. From here there are amazing views over the valley and the rising mountain range. There is a fairly big market with all sorts of vegetables, that seem impossible to grow in these regions. The majority of shops cater for Tibetans and other people in the need of a big knife or a yak fur coat.
> Tibet guide
> Photo gallery
> More Tibetan places outside of TAR 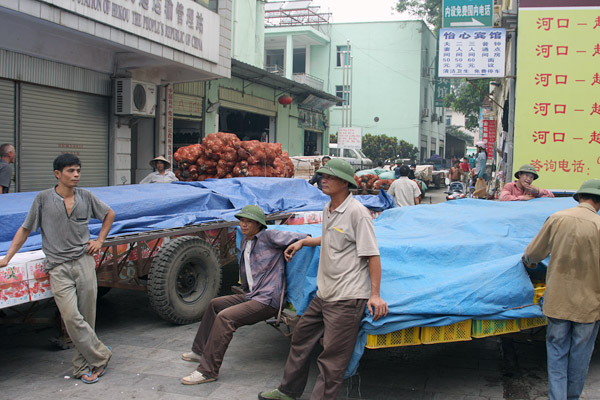 The difference between the Vietnamese border town of Lao Cai and Hekou on the Chinese side is quite immense. Crossing the bridge from Vietnam to China, you leave behind the joking have-all-the-time-in-the-world Vietnamese only to be met with stern looks and Chinese efficiency on the other side. The huge billboards with Chinese advertising facing the Vietnamese side of Red River leave you wondering who it is for, since nobody on the Vietnamese side speaks or reads Chinese. Beside all the facilities a traveller needs : banks, restaurants, hotels and a bus station, there also are the odd stores (like porn shops) catering for the border crossers. Hekou is packed with border traffic going or coming from Vietnam and can be an annoying place if you have to stay the night. Nobody speaks anything other than Chinese except for a few dodgy characters who seem to live of ripping off the few travellers passing by. You only spend time in Hekou, if you have to.
> More border areas 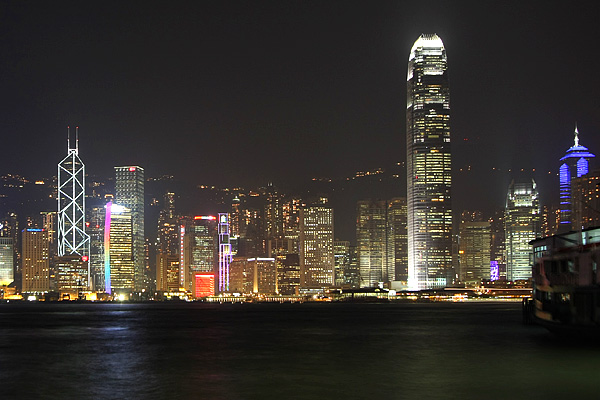 Hong Kong is officially a part of China, but it sure is a different world from the mainland. The whole range of life is represented here, from glamorous high society life on Hong Kong Island to the darkest corner of Mong Kok in Kowloon, where the density of people is beyond belief. The neon lit city is famous for shopping and fine dining, but nothing comes cheap here. Gawk at all the luxury brand stores, some you probably didn't even know existed, or get lost in the more trashy part of Tsim Sha Tsui. Go to the beach or take a hike in the hills, or gulp in all the iconic Hong Kong of high-rises, malls and neon signs.
> Hong Kong guide 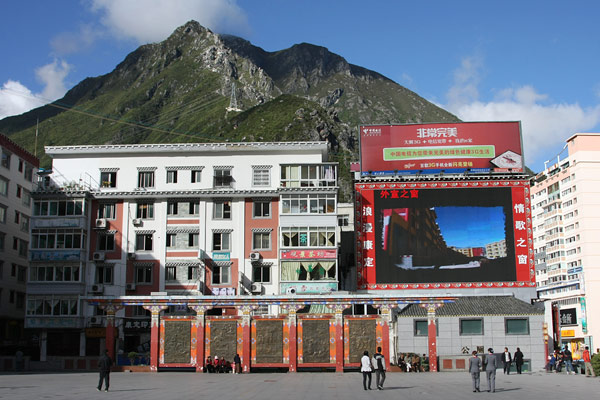 This is where main China ends and the Tibetan Wild West begins. The town is beautifully located along a river at the bottom of a canyon with steep mountain sides. The town itself is not among the prettiest and it is hard to tell whether it is Chinese turned Tibetan, with a bit of Tibetan architecture thrown in for pleasing local tourists, or it was once a Tibetan town turned Chinese (the latter is the truth). It functions as a getaway point for both the northern and southern overland routes into the Tibetan province (TAR), which both can be broken off into great journeys of the Tibetan areas outside TAR, which are rich in Tibetan culture and do not need special travel permits.
> Tibet guide
> More Tibetan places outside of TAR 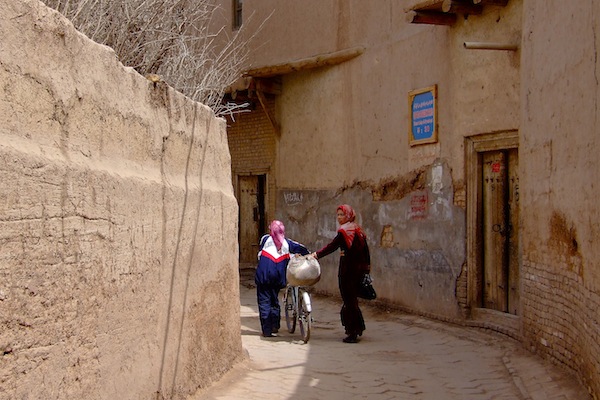 A main reason for many travellers to visit China is to experience a culture and civilization older than time itself. Sadly, in an age with an emphasis on modernization, many amazing sites are being torn down then built new in the old style. Kashgar, in the far western Xinjiang province, is a perfect example of this. Culturally different with its muslim Uighur population, Kashgar is like nothing else in China. Its old town is a maze of mud brick homes filled with amazing hospitality. But it's quickly disappearing, only to be replaced by a shiny new replica. The only advice is to get here before it's gone.
> More Silk Road 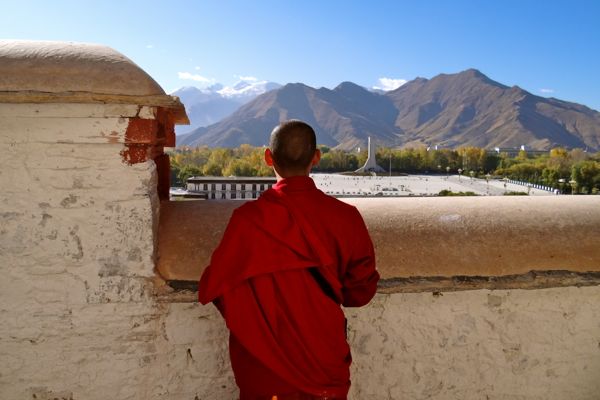 There is something special about the name 'Lhasa', and even before you arrive at the city, expectations are high for the sacred city of the Dalai Lama. This is despite the fact that the Dalai Lama has not been present in Tibet since the 1950s. Still, there is a solemn and sacred atmosphere in Lhasa with lots of pilgrims, prayer wheels, temples, monks and not least the Potala Palace, where 14 Dalai Lamas have resided. However, at the same time you are constantly reminded of China's power around town through the presence of Chinese military/police, security checkpoints, guards on the roof tops around Barkhor Square and Chinese flags competing with Tibetan prayer flags at Lhasa's skyline. Lhasa has an old (Tibetan) town and a new very modern (Chinese) town, and there are now more Chinese inhabitants than Tibetans in the city (about 400,000 in total).

The Naxi people, who inhabit the region around Lijiang, is a branch of the Tibetan people. They are famous for their script, which is the only hieroglyph script still in use today. The old town of Lijiang is charming at first sight, but is a tarted up version of the original one which got heavily damaged during an earthquake in 1996. The layout is a maze of cobbled streets, narrow canals and wooden shops catering mainly for the Chinese tourists. For make no mistake, Lijiang is Chinese tourist territory and others will often found it too groomed, crowded and tacky. Luckily, you can always explore the countryside or keep going north to Shangri-la and Western Sichuan for the real deal.
> Tibet guide
> More Tibetan places outside of TAR
> More UNESCO sites, Asia
1 2 3 4 5 6 7 8 9