Historical places in Australia and Pacific 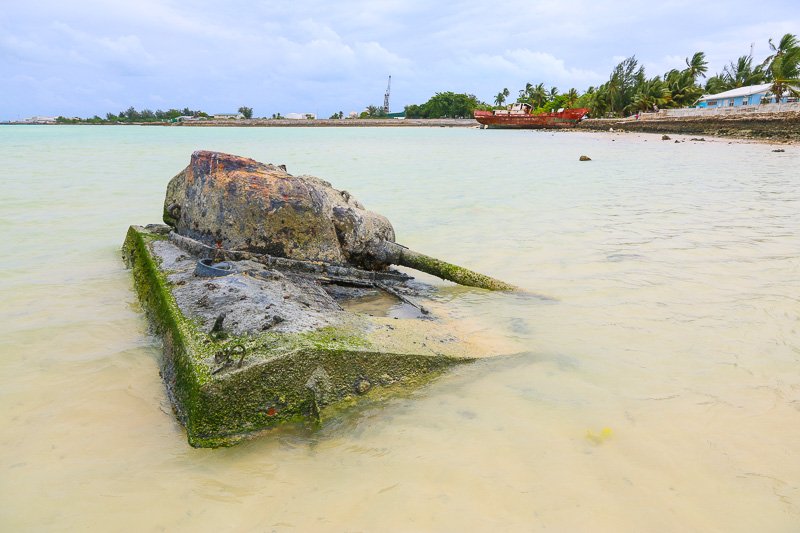 When the Americans captured Tarawa from the Japanese in 1943, one of their Sherman tanks got bugged in the sand at Red Beach. To this day, it's still bugged there. However, it's slowly rusting away as it gets covered in sea water every time at high tide. Another tank should be in the lagoon behind the Japanese bunker. 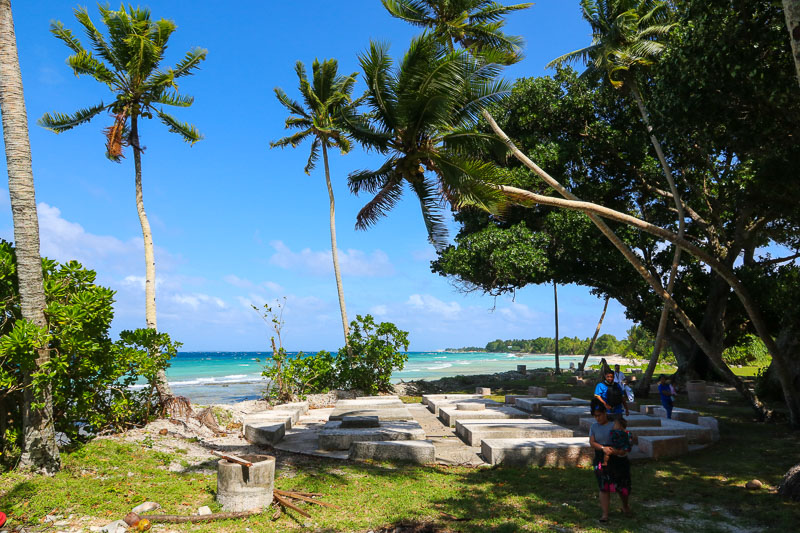 Just past the airport lies this memorial park. It was sponsored by the Japanese government and commemorates the soldiers who fought and dies in the Pacific during WWII. 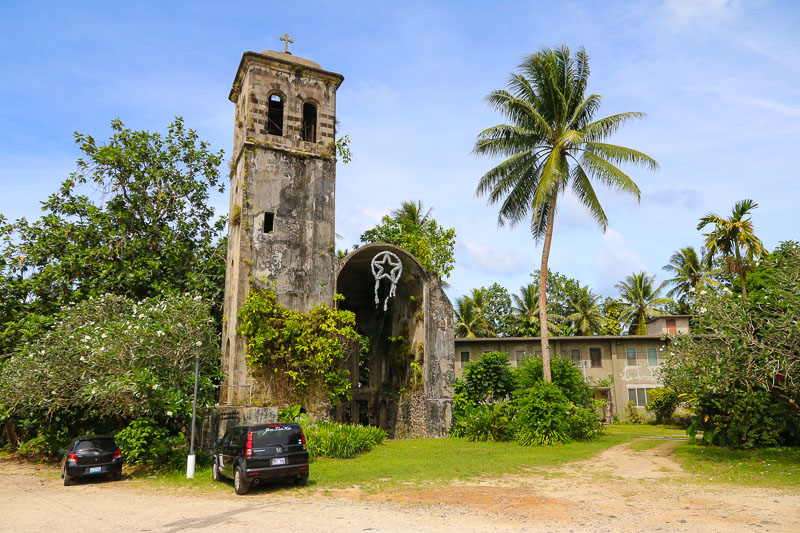 Built by German Capuchin missionaries in 1909. It was dismantled during WWII and used for construction materials and fortifications. The congregational church was used for a barracks and warehouse. Most of its concrete floor was removed to built a air-raid shelter elsewhere. Today, only the tower and the back chamber are left. 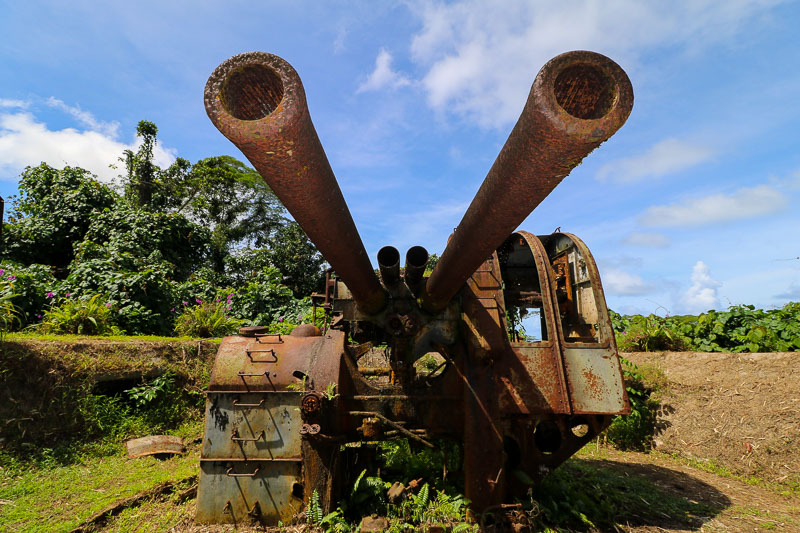 This complex includes three big guns, one with stuning views over the bay on the west side. Some of the guns have taken up to a year to place for the Japanese forces and their forced local labour. The complex lies in the jungle on Mt. Sokehs, but there cleared trails to every bunker and gun point. There are also several information boards, which give some insight into the hardship. The complex and the neighbouring summit of Mt. Sokehs is a great candidate for a day hike from Kolonia. You can also drive most of the way, but the last kilometre is very steep and rocky. But the hike is nice with shady viewpoints.
> Pohnpei guide 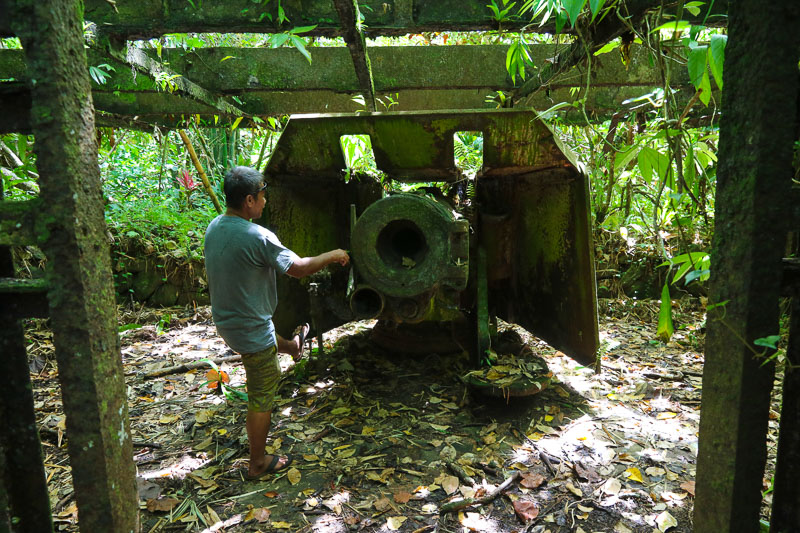 This historial sight from WWII lies on the way to Nan Madol. It's an overgrown Japanese bunker complex with four big six-inch British Armstrong Whitworth rifles. The jungle has swallowed the complex with trees shooting up and covering the gun barrels in vines. It's located about 10 minutes hiking through the dense jungle from the owners house, and it can be hard to find, if the trail hasn't been cleared for a while.
> Pohnpei guide 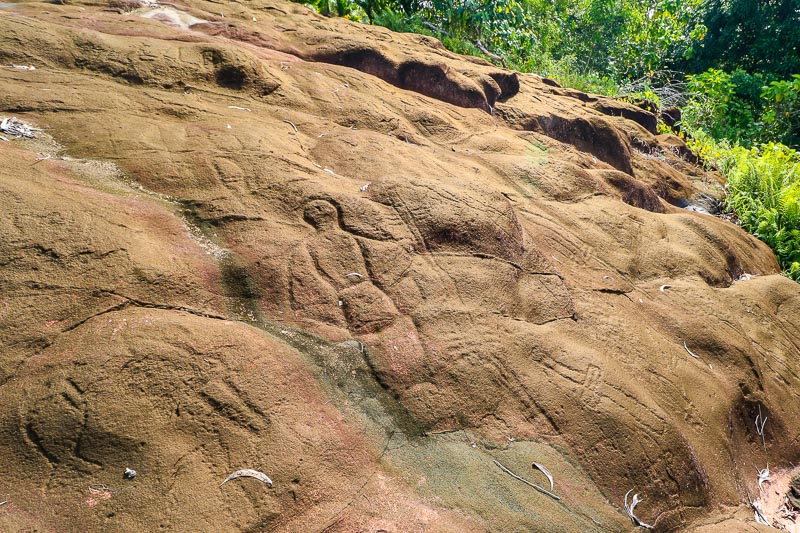 On a large slap of rock above the owner's house is a big collection of ancient petroglyphs (rock art). They are exposed to the elements and can be hard to see, if the rock as been left to the mosses and algaes. The petroglyphs depicted many things, but canoe paddles, foot prints, and people are the most easy recognizable. Nobody seem to know much about them, but the best guess for their age is a couple of thousands years.
> Pohnpei guide
> More rock art 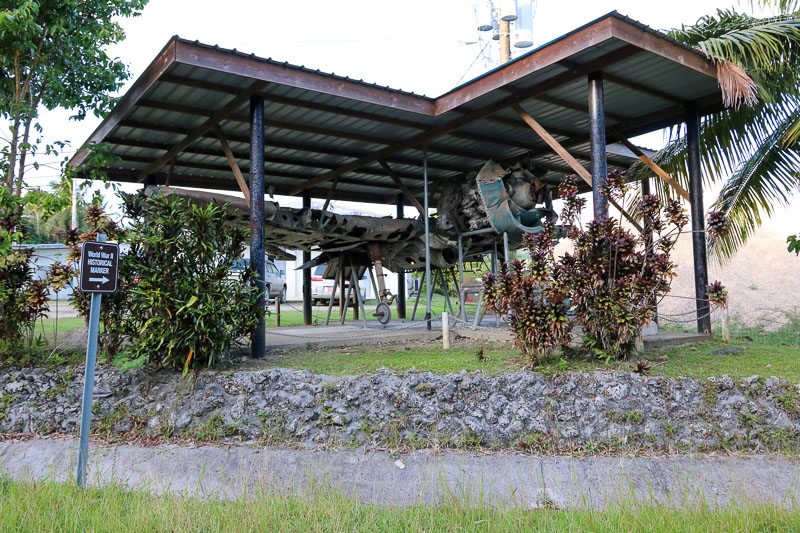 This is one of the easier "historical marker" to locate in Yam, as it's right next to the road. It's an American Hellcat fighter plane flown by Ensign Joseph E. who collided with another American plane and crashed during WWII.
> Yap guide 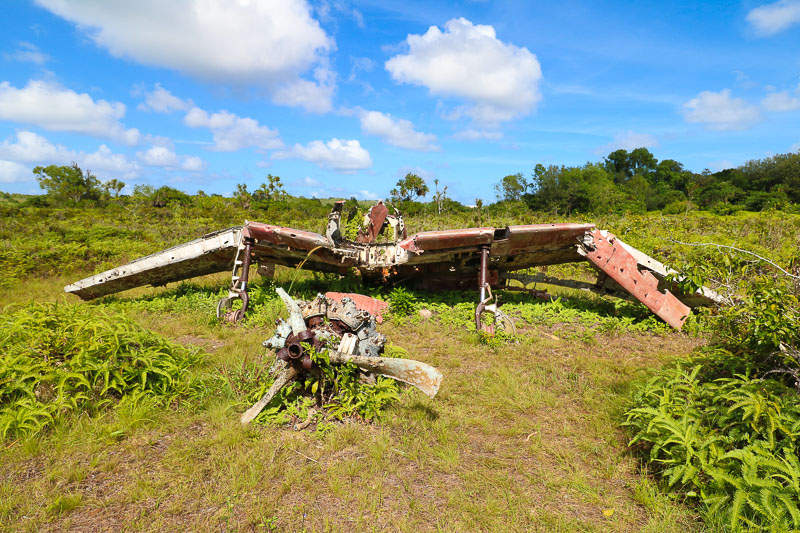 There are three wreck sites around the old airstrip; the Continental from 1980, a Japanese torpedo bomber from WWII with codename "Kate", and the last sites which include a Japanese anti-aircraft gun and a Japanese fighter aircraft from WWII of type "Zero" made by Mitsubishi. As this is Yap, it possible to drive on the old airstrip, just enter where it meets the road.
> Yap guide 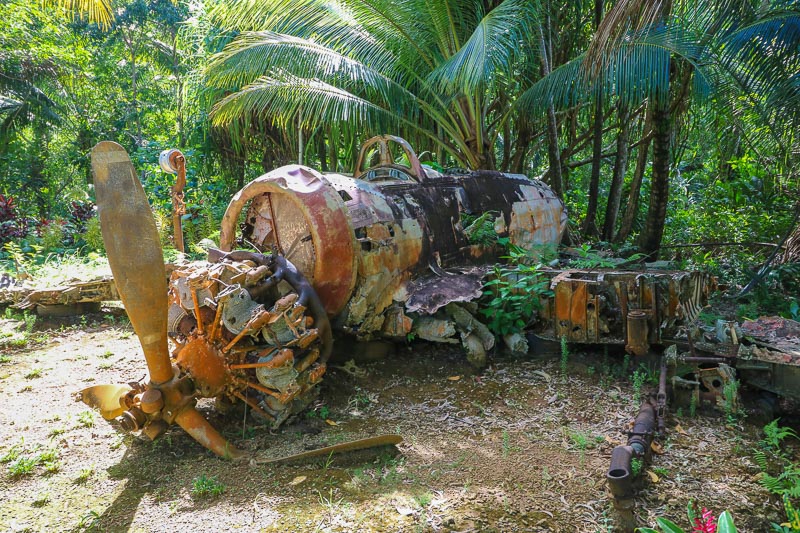 Japan occupied Yap throughout WWII. When they built the airstrip, Yap became an important transit hub for their air reinforcement. Though the Americans first tried to invaded Yap, they gave up on the idea and focused instead on isolating Yap from the Japanese supply chains. At the end of WWII, the US attacked Yap almost daily. It was Japanese fighter planes fending off US B-24 bombers. Across the old airstrip from the wreck of the Continental lies a fairly complete wreck of a "Kate", a Japanese torpedo bomber aircraft from WWII. There is a information board to give some insight.
> Yap guide 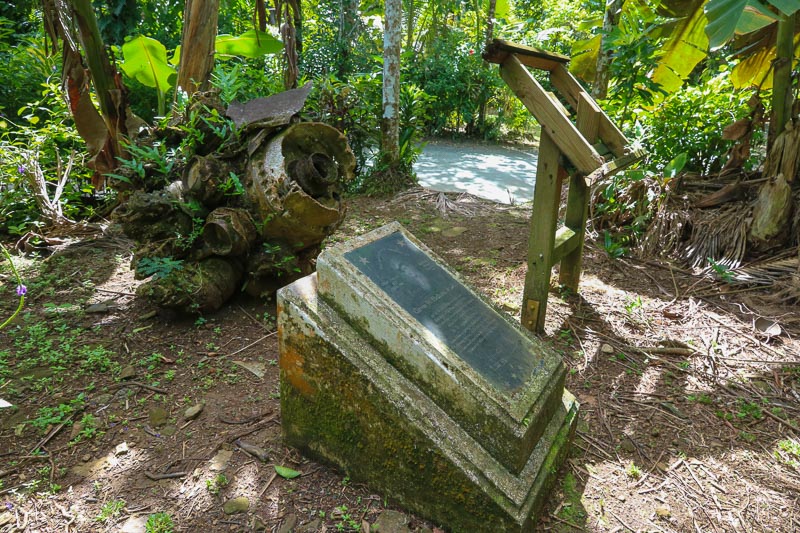 This WWII memorial site is for Girvis W. Haltom Jr. (and other brave men), who was killed in action in 1944. The site only has a flight engine and a memorial stone. It can be hard to find, but there is the usual little sign at the road.
> Yap guide
1 2 3 4 5