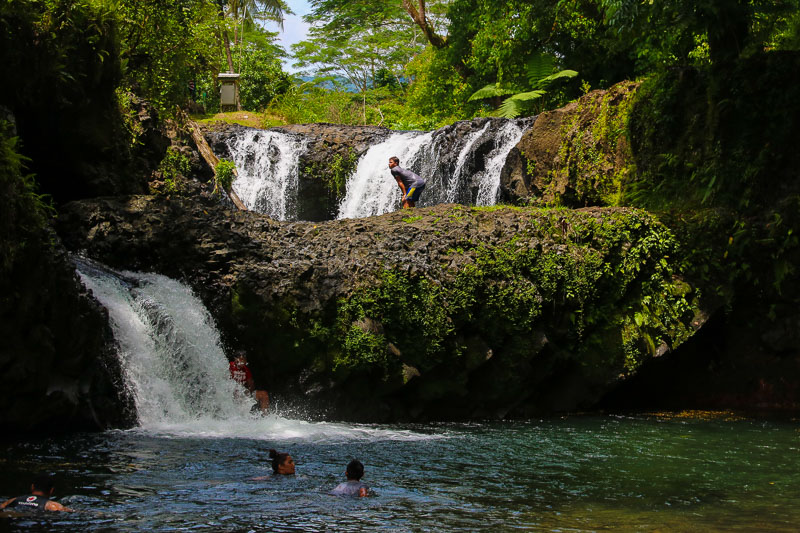 The Togitogiga Waterfalls are a series of gentle waterfalls, which are located within a recreation reserve, which means there are picnic fales. The short walk from the parking area is beautiful through lush jungle. You can swim and jump from the lower falls.
> More waterfalls 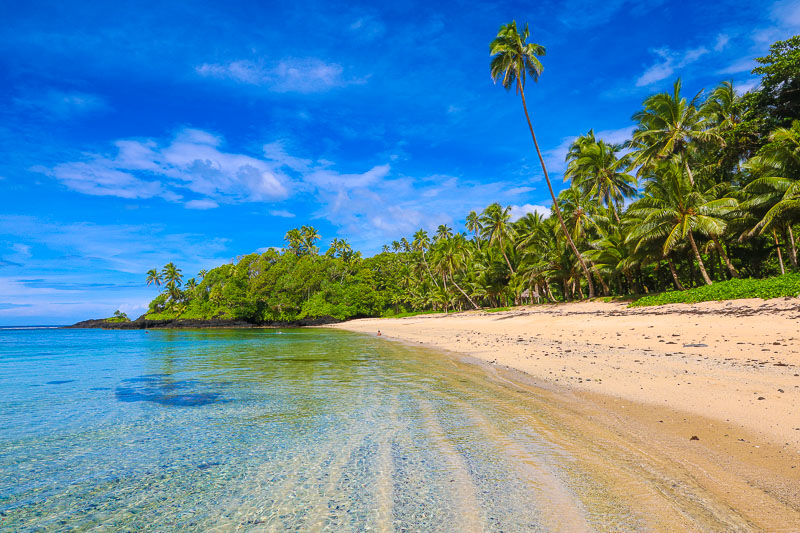 If you prefer a more secluded beach without fales, then Vavau Beach is what you're looking for. The beautiful lagoon as calm crystalclear water and there is a shady palm groove to retract to during the mid-day heat. The beach belongs to Vavau Village so kids might join you in the water.
> More beaches, Australia and Pacific 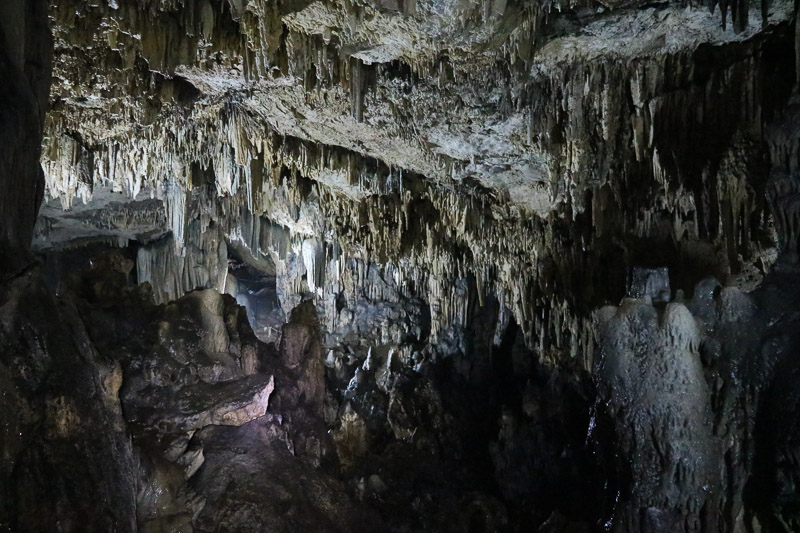 There are plenty of stalactites and stalagmites in Anahulu Cave. Though there some lights in the cave, a guy will follow you with a flashlight (part of the entrance fee). The trail through the cave ends at the cool and crisp pool, where you can have a swim in the dark.
> More caves 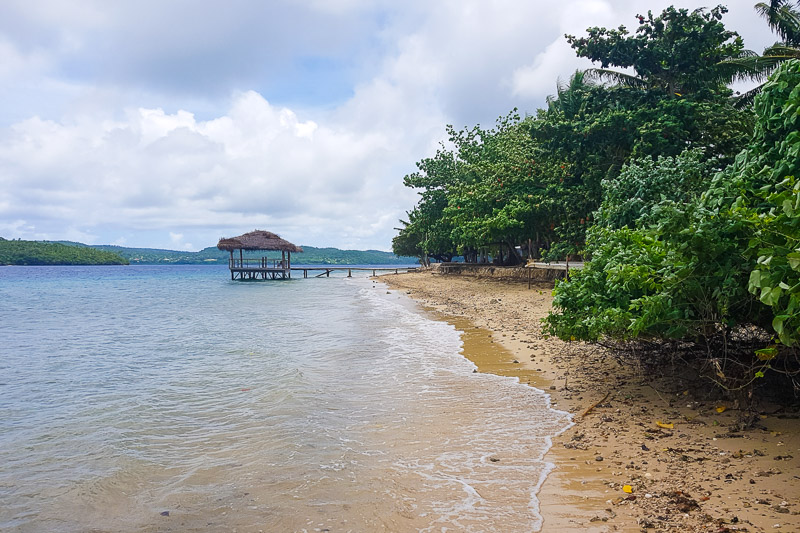 Many are surprised to learn that Tonga isn't really a beach destination. Surely, there are picture-postcard beaches with swaying coconut palms in Tonga, but the truth is sandy beaches are hard to come by, particularly on the Vava'u Islands. The few patches of sand there exist in Vava'u are usually owned by resorts - and even those aren't that great. The best options are the resorts at 'Utungake and Talihau. Just finding access to the sea can seem hard on Vava'u. 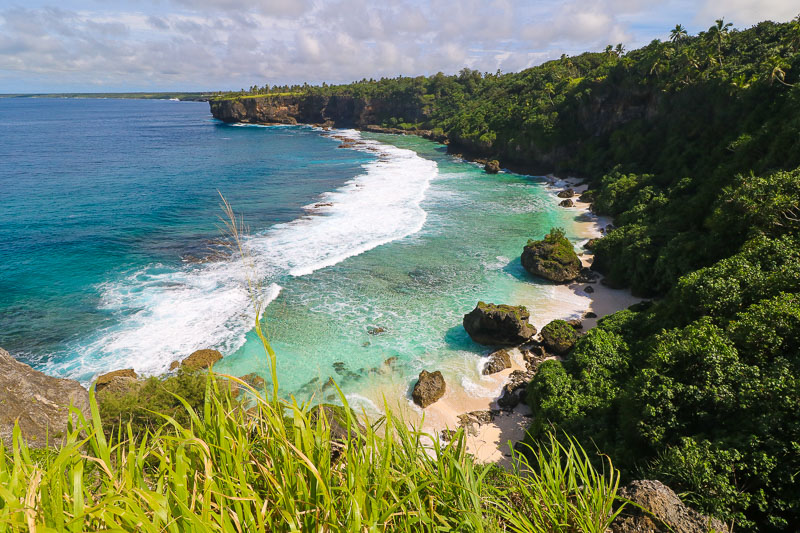 Right next to the Natural Bridge lies this pretty isolated beach. The view from the 4WD track is amazing. We couldn't find a trail down to the beach, so we don't know if it's possible to actually stand on the beach. 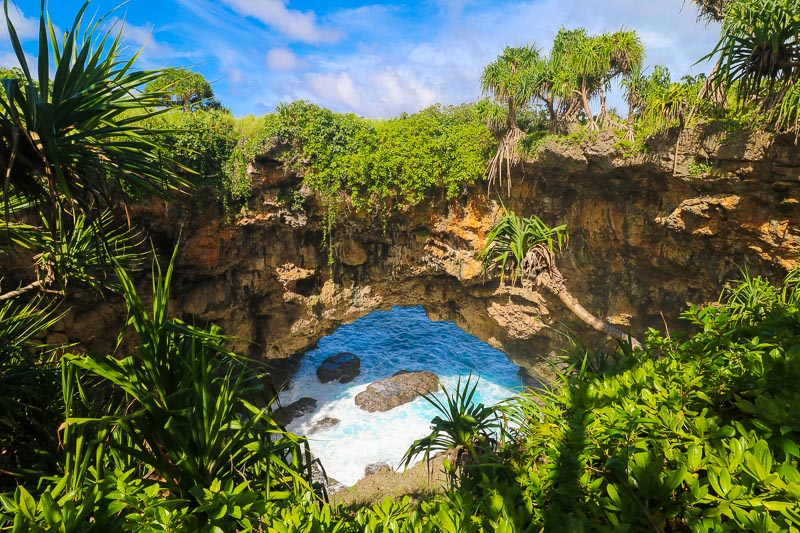 As you come down the 4WD track from the main road, you can hear the bridge before you see it - the sound of the waves crashing against the cliffs rises through the sinkhole. The vegetation is high and dense, so at first you can't hardly see anything, but there are narrow paths leading to the edge of the sinkhole. Be careful, because there is nothing to stop you from falling in. The natural bridge is spectacular and so is the setting with palms clinging to the side of the sinkhole. The wild and rocky coastline is almost as spectacular as the Natural Bridge, enjoy that as well, when you have made all the effort to come here. 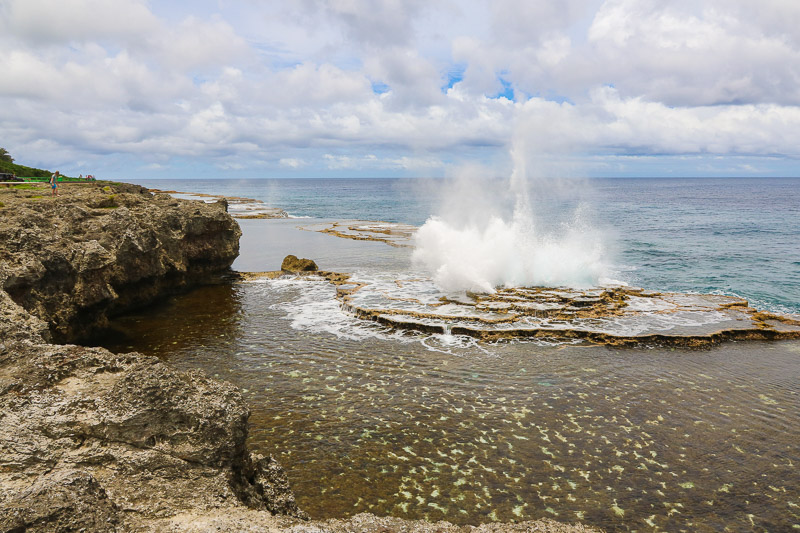 The coastline near the village Houma is sprinkled with blowholes. The jagged rocky shore of coralline limestone has natural terraces with holes, where seawater to get pushed through and send up to 30 meters into the air. It's not just a few blowholes, but blowhole after blowhole as far as the eye can see - apparently more than 5 kilometres. It's a spectacular sight, particularly when the weather conditions are right, when all the blowholes along the coast spurt at once. 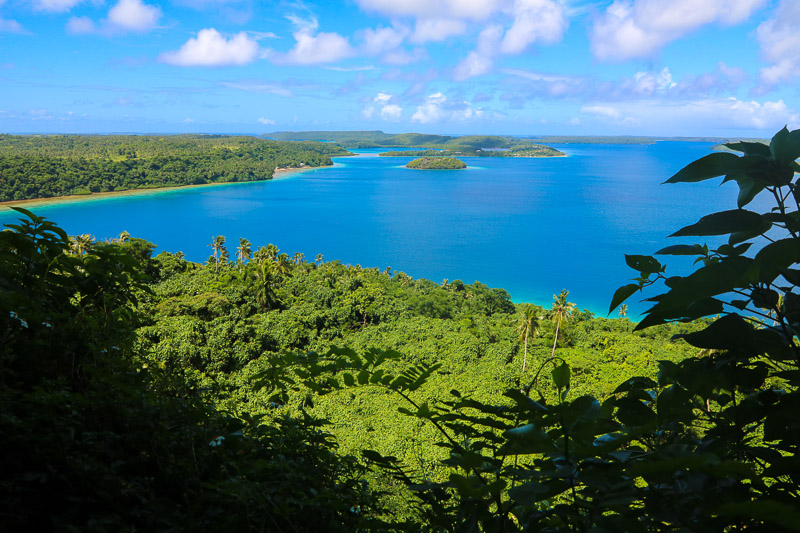 Mt Talau (131 m) is the highest mountain on Vava’u Island. There are slippery stairs from the road to the flat forest covered top. From here a trail circle the top with four viewpoints along the way; two man-made platforms (next to the antenna to the right after the stairs) and two natural ones, which are more difficult to reach. Though there are red ribbons here and there to mark the trail, it can be hard to follow - but if you haven't fallen off the top, you are still good. The natural viewpoint over the southern part of Vava'u is tricky to get to. The trail is muddy and steep with ropes to cling to, but the amazing panoramic views is worth the effort. A full circle takes about an hour or so without breaks and it's recommended to do it clockwise (turn left at the top of the stairs), so you end up at the antenna.
> More trekking peaks 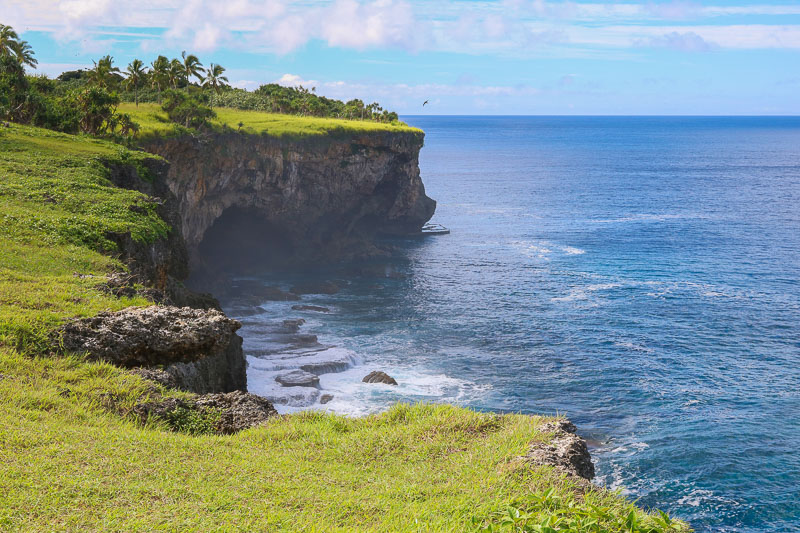 Normally, Tonga isn't associated with sea-beaten jagged vertical cliffs and crashing waves, but the some of the south coast of Tongatapu Island is just like that. The dramatic cliffs near the Hufangalupe Natural Bridge is a spectacular stretch of coastline. There are several good spots on the edge of the cliffs with amazing views down of the crashing waves and even some blowholes. There is just a 4WD track leading down, no fence or anything, so be careful. 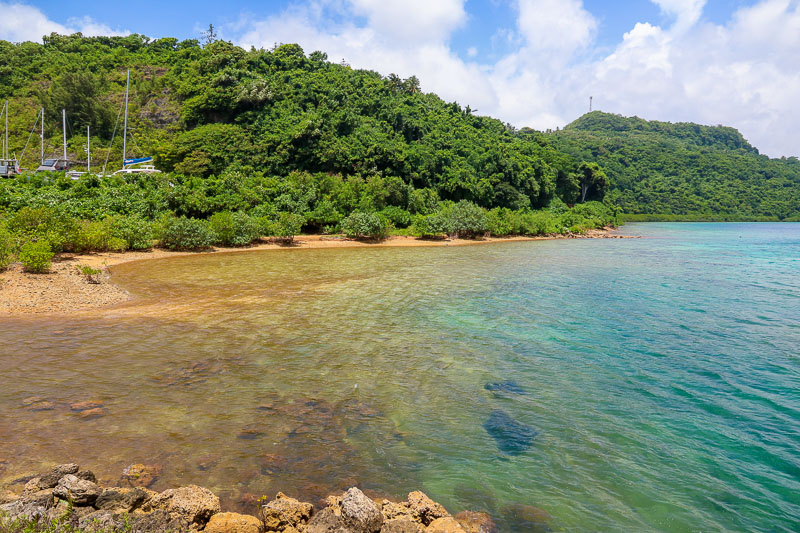 There are not many accessible sandy beaches on Vava'u Island and none close to Neiafu. If you really desperate for a swim, do as the local kids, swim in the harbour, or walk to Vaipua Bridge 10 minutes away, where there is real sand.
1 2 3 4 5 6