Wicked places in Australia and Pacific 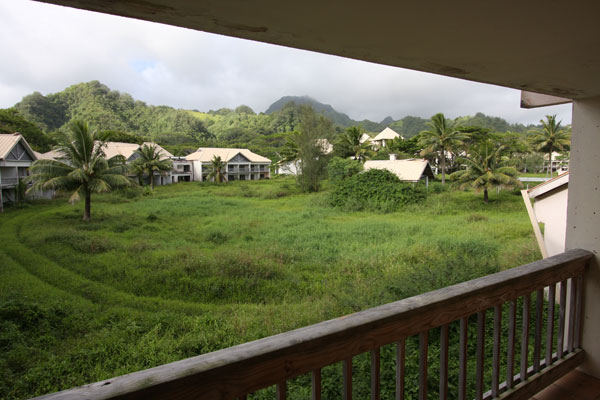 The Cook Islands is pretty fine place and unfortunately did the Sheraton Hotel Group think the same thing in early 1990s. In cooperation with the government they started to build what was suppose to be a five-star resort. When it was almost completed the project shipwrecked due to financial problems (and corruption, according to some rumors). Though they tried to resurrect the hotel several times it never got fully completed, but they got pretty close. The swimming pool is there and some rooms even have spa and fan installed. Today the ghost hotel lies abandoned and overgrown, and does apparently still account for half the national debt. If you have a taste for the bizarre and do not mind a bit of broken glass, it could be an opportunity to have a free night in an almost-complete Sheraton.
> More abandoned places 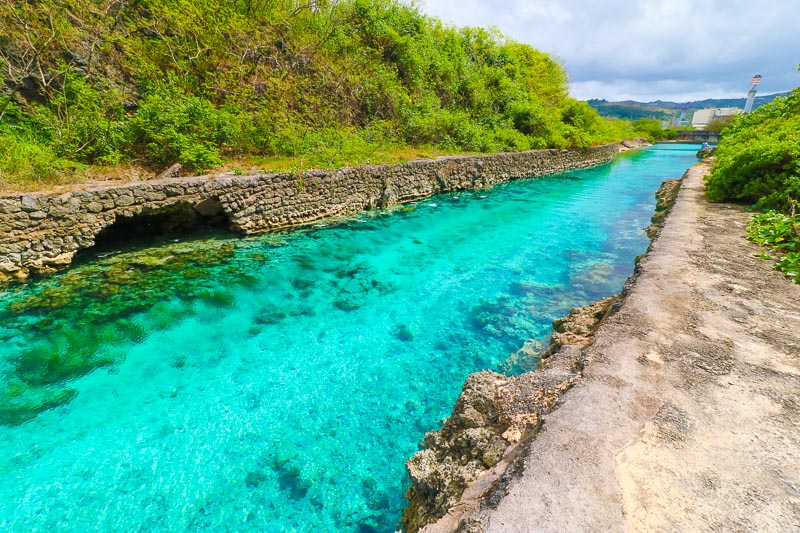 Emerald Valley has nothing to do with a valley. It's a waterway connected to the sea filled with water so turquoise that it almost looks artificial. As the water is so crystal clear, everything at the bottom (soft corals, starfish, sea urchins) is clearly visible from the edge of the waterway. You can however swim in it, just be careful not to step on something. Amazingly, Emerald Valley isn't signposted well, but it's located across the road from Guam Power Authority.

This trail connects two of the most beautiful beaches on Guam, namely Gun Beach and Fai Fai Beach. It's a short trail, which starts at the north end of Gun Beach, where the gun actually stands. Then climb the side of the cliff and then around at water level. It's well made with fence, rope and boardwalk. The reward for the small struggle is the drop-dead gorgeous Fai Fai Beach, which can only be reached by this trail. 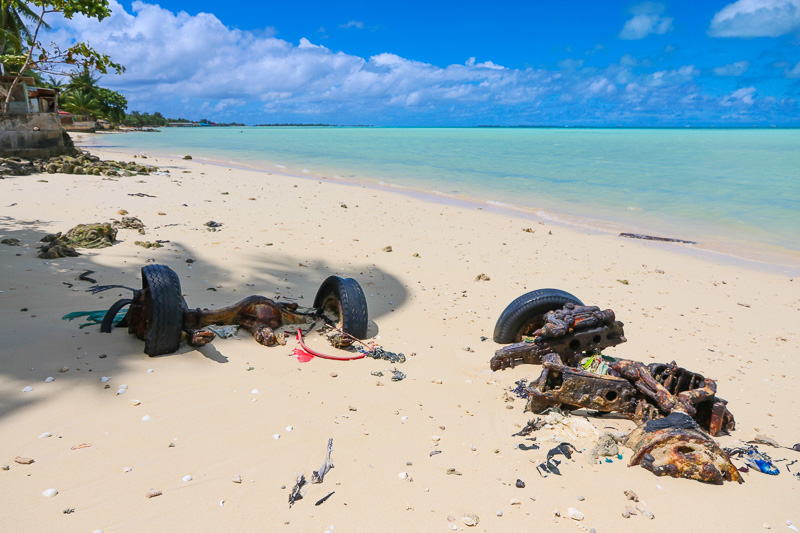 When you live on an atoll like Tarawa, anything that gets there, stays there. So sadly, Kiribati is notorious known for their trash problem. But believe it or not, it used to be way worse than today. Sure, the people still use the lagoon as a trash bin, but a lot of projects funded by international organisations are in progress to put Kiribati up to standard with fresh water, waste water, trash handling, energy, etc.. So a smelly landfill is actually an improvement. 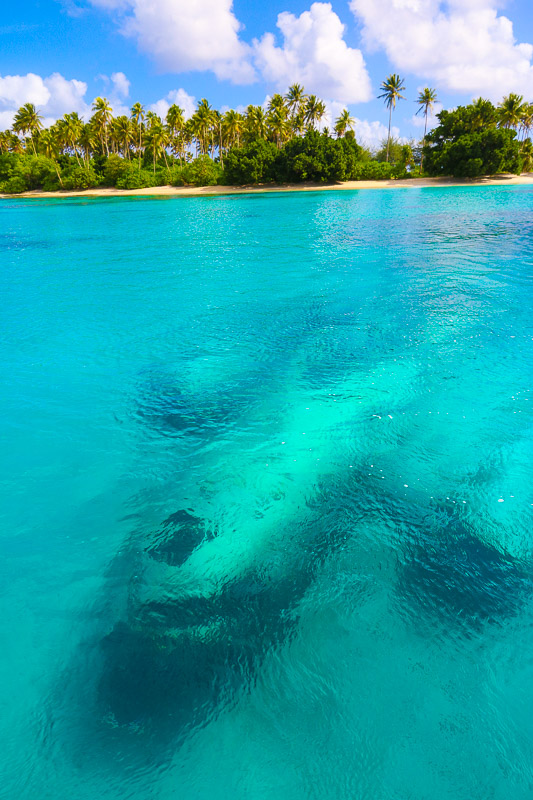 In the Majuro lagoon on about 5 m (15 feet) water lies two wrecks right next to each other; a helicopter and a planen. You will pass them on the way to Eneko Island. If the weather conditions are right (no waves), you can see the wrecks right from the boat. 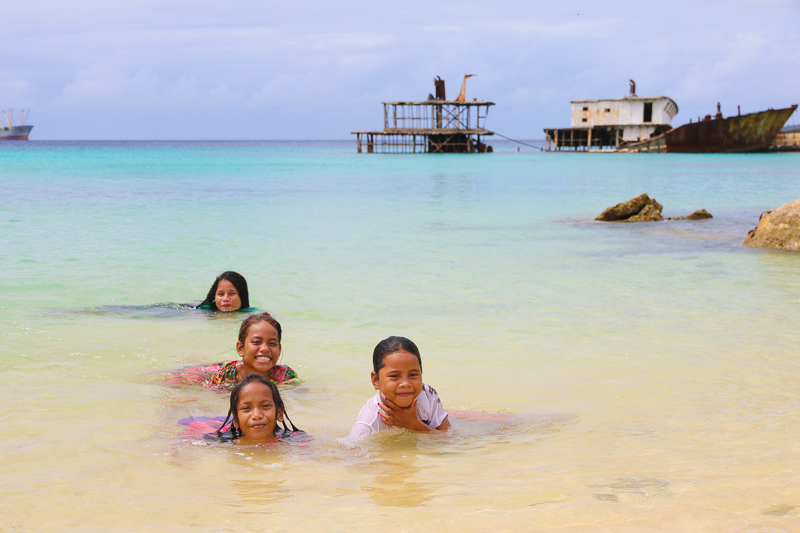 There are several wrecked ships in the lagoon, but the one in the picture (and mark) are the most "photogenic". They are on shallow water can easily be snorkled, though there isn't that much to see. Kids are normally playing in the water at the boat ramp. 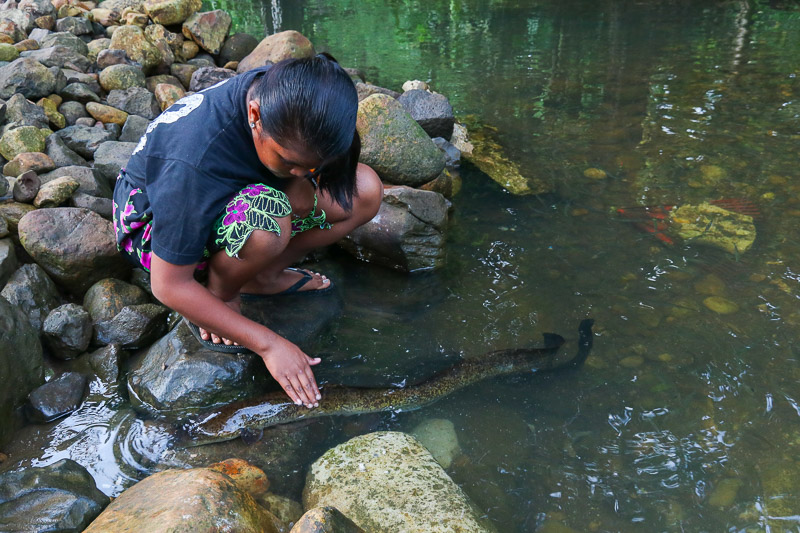 Eels have a place in Pohnpeian mythology and are considered to be clan members, so the locals don't eat freshwater eels. Eel Pools is a local family's pond, where they feed the marble eels. The eels are not just big, they are huge. Since the eels know the family, the family can touch them, but a wrong move and they might bite (not dangerous, but still). Bring some fish (canned makrel), so the family can hand-feed them.
> Pohnpei guide 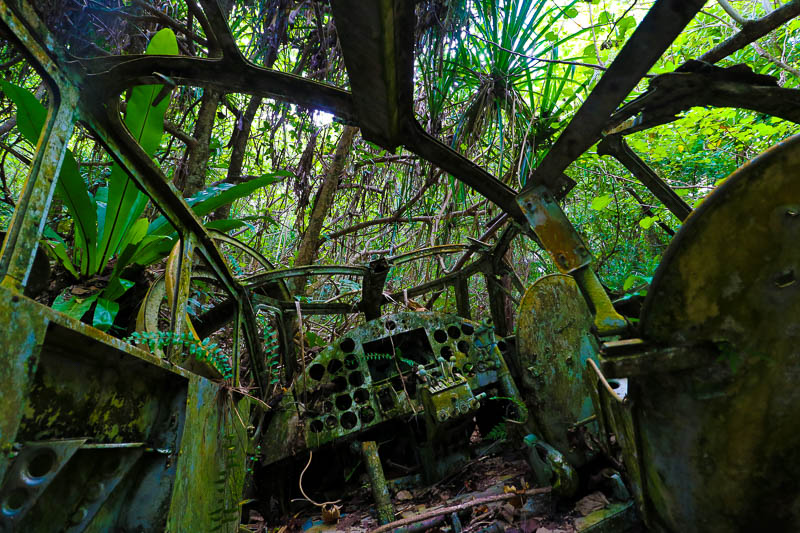 In 1980 a Boing 727-100C from the airlines Continental Micronesia landed 4 meters short on landing strip. It lost the right landing gear and slided into the jungle. All crew members (6) and passengers (67) managed to evacuate the burning flight within minutes and everyone survived the accident. Today the broken wreck still lies in the jungle in three groups. The location is right next to the building on the airstrip, there is a sign too.
> Yap guide 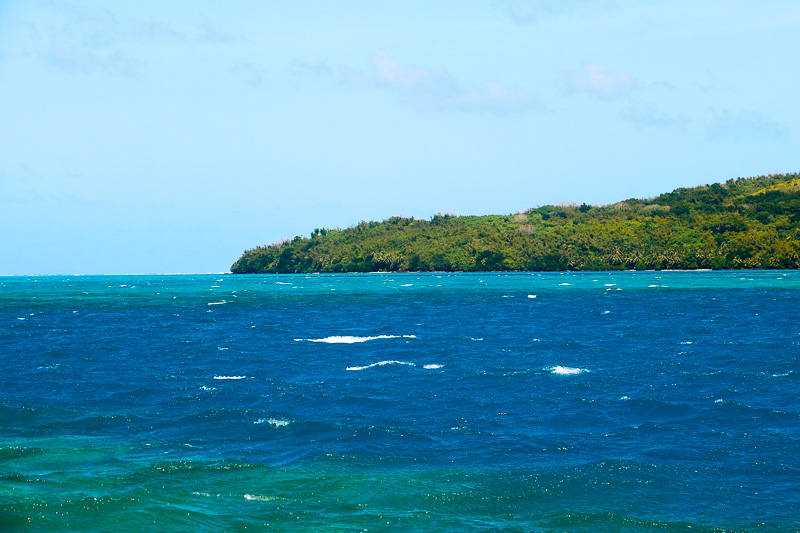 Rumung is one of Yap's main islands. It's was once connected with a bridge, but the people on Rumung wanted to live more isolated, so they removed it. For many years, Rumung was known as the "Forbidden Island" as outsiders weren't allowed. Today Rumung is little less forbidden, as it's possible to visit, but you need a special invitation and a guide. It's still a very traditional place with only stone paths and traditional men's house - and no roads.
> Yap guide 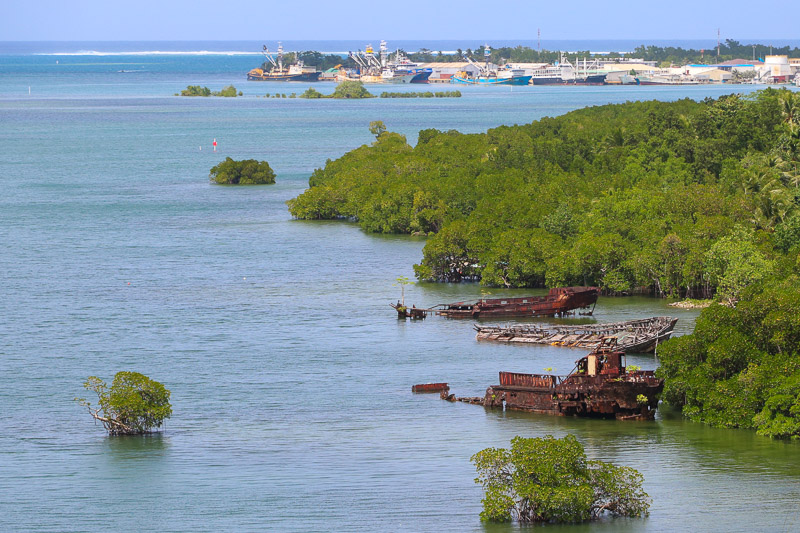 On the west side of the Kolonia peninsula lies three shipwrecks. They are really rusten and half submerged, but we guess it would be possible to snorkle around them, if you can get down to them.
> Pohnpei guide
1 2