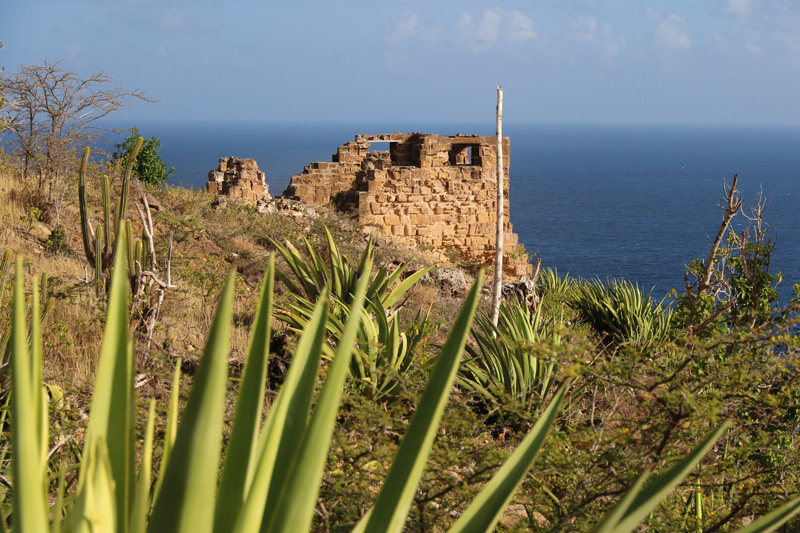 Shirley Heights is a part of the old defense system of English Harbour. It was built by the British in the 18th century when they had lost all of their colonies except for Antigua and Bermuda. The military complex is perched high up on the hill overlooking Nelson’s Dockyard. There are ruins scattered all over the hill top, but unless you are very interested in historical details, the main thing is probably the great view over Nelson’s Dockyard and English Harbour from the many lookouts. 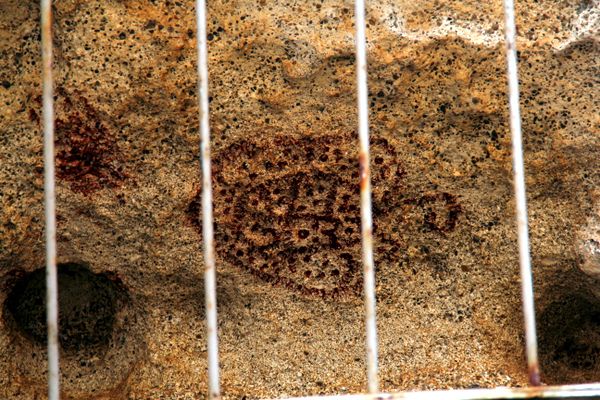 Before the Spanish and the Dutch came to Bonaire, the island was inhabited by an Amerindian people, the Caquetios. An important person was the Simacan, the star watcher, who was basically the living almanac of his people, advising them about weather, when to do certain tasks, and registering important events on rock walls. Markings can be seen in many areas around Bonaire, but some of the most accessible are at Boca Onima near Rincon. The site had to be protected from modern artists wanting to complement the centuries-old inscriptions with their own 'Johnny loves Lucy', so the metal bars spoil the pleasure a little and certainly make the pictures look like they were taken in jail, but red stars, turtles and other forms can be clearly seen on the cave wall.
> More rock art

© Joe Scarangella
Heralded as "one of the best examples of the art of military engineering of the early 19th century" by UNESCO, Citadelle Laferrière is easily one of the most impressive forts in the Americas in a spectacular setting. While the citadel's history is fraught with scandal of a despot king built around Haiti's independence from France around 200 years ago. Part of the allure of the site is just getting there. Whether you choose to sweat out the long hike on foot, or do it bouncing on a horse it's up to you. Either way, the citadel is well worth the effort. It is not only a highlight of Haiti, but it is arguably the best site of its kind on the continent.
> More UNESCO sites, North America 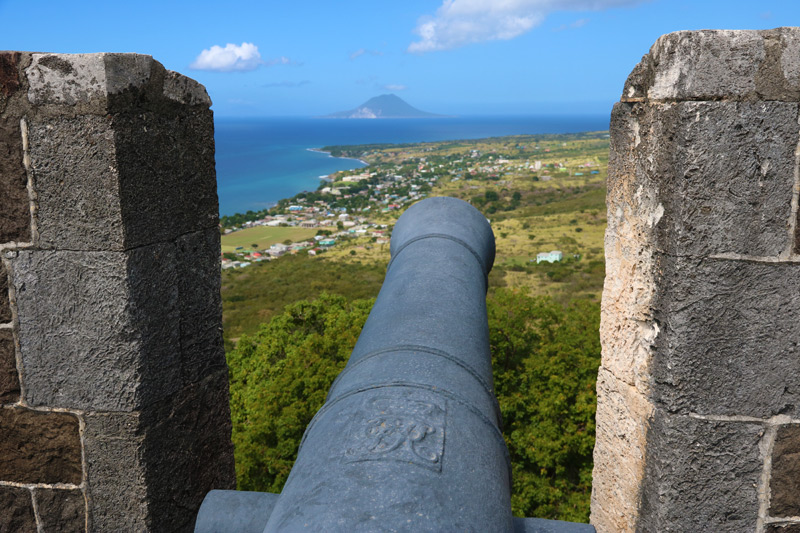 The only UNESCO Heritage Site St Kitts and Nevis have is Brimstone Hill Fortress. But what a splendid site, not just historical but also scenic. The fortress perches dramatically atop a 240 meter high extinct volcano. It was built by the British (well, by their slaves) during the 17th- and 18th-century as a defense complex against the French. Eventually, it was overrun by the French in 1782. Just a year later, the British got the island back as part of a the Versailles peace treaty. The last fortification was done in 1794 and the fortress was finally abandoned in the mid 19th-century. Today the fortress has been restored neatly, but they must have had a surplus of cannons for they have been put into use as reinforcement in walls and guard rails along the road leading up there. The site is huge and there are plenty of hidden corners. However, one of the best thing is the panoramic views over the south part of St Kitts, Caribbean Sea, and the jungle covered slopes of Mt Liamuiga (1,156 m). 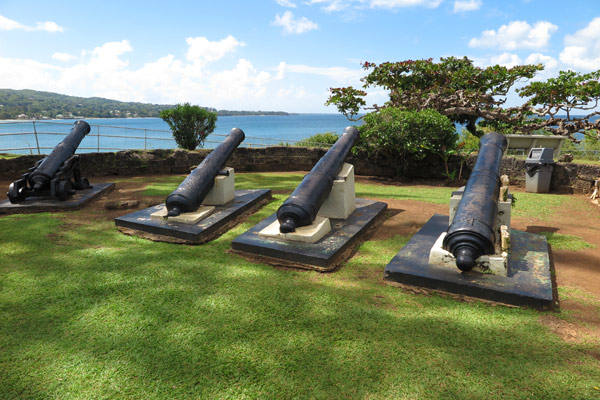 The Caribbean islands have changed hands multiple times during the colonial period. Latvians, Dutch, Germans, British, French, and Swedish have all ruled over Tobago. Every time a new nation came to power, new forts were built or old ones were enforced. Fort James on Tobago dates back to the 1650s, though the current coral construction was built by the British in the early 1800s after recapturing the island from the French for the final time. It's beautiful perched on a cliff with a couple of cannons and a ruin, but the view over Great Courland Bay might be the most impressive about Fort James.