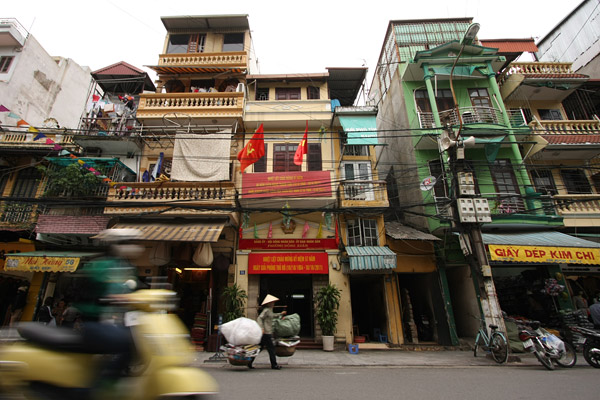 Narrow buildings are iconic for Vietnam, and no place is it more extreme than in Hanoi. Plots have been split and split until the front is no wider than a double bed. There are never any windows on the side of the building and paint is something that is only used on the facade. A good game is to find the slimmest building in the old quarter - and we have a guess. 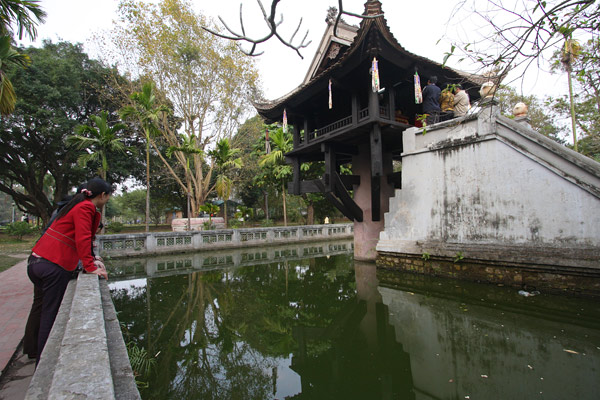 The One Pillar Pagoda (Chùa Một Cột) is renowned for being more than a thousand years old, but the rather new structure with a concrete pillar certainly doesn't look like it. The original pagoda was erected by Emperor Ly Thai Tong (ruled 1028-1054) as gratitude for having a baby son. Through out time the pagoda got pillaged, so the version that stands today is only about 60 years old, build after the withdrawing French forces blow up the previous one in 1954. It is considered as one of the most important Buddhist temples in Vietnam, which can be hard to understand considering its modest size and state. 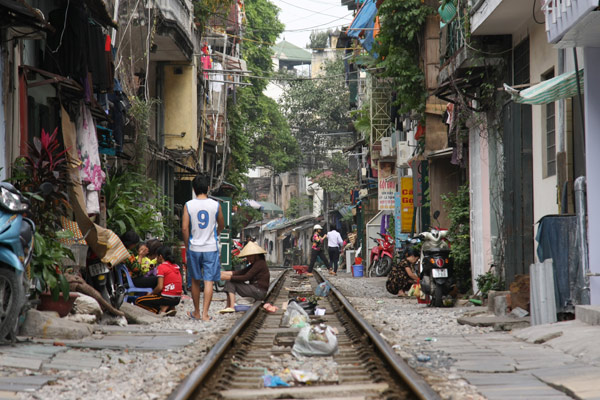 Hanoi's main train station is right in the center, meaning the train tracks go straight through the city. The section leading to Long Bien Bridge pass by the Old Quarter, a dense residential area. Here houses stand so close to the tracks, that residents will get smack by any passing train, if they stick their head out at the wrong time. Luckily there are not that many trains heading this direction during the day, so people use the tracks as their backyard, which it pretty much also is. Laundry is hanged for drying, food is prepared and neighbours sit on the rails chatting. To take in this odd piece of ordinary Hanoi life, walk along the train tracks from Hanoi main train station towards the Long Bien Bridge (north). 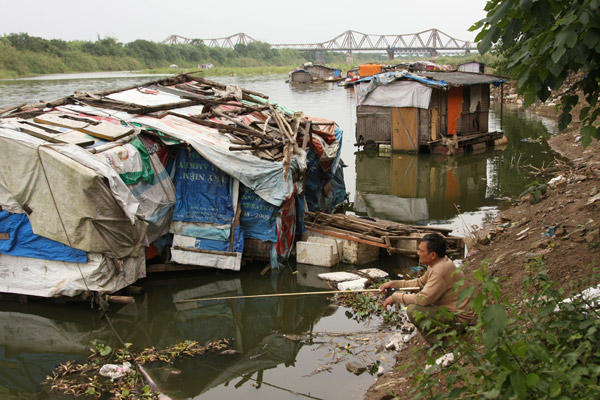 Red River (Sông Hồng) has its root in Southwest China and enter Vietnam at Lao Cai. It continues through Hanoi and eventually flows into the Gulf of Tonkin (part of the South Chinese Sea) 1149 km later. It is the source for the Red Delta's big production of rice and the reason why Hanoi is where it is. Due to the fact that the river often floods, the river front in Hanoi is not highly valued. Real estate on the wrong side of the dyke is much cheaper than neighbouring real estate on high ground. Some parts on the river side can even be described as slum and the poorest are the ones that live on homemade rafts along the muddy banks. Nice views of Dien Bien Bridge is possible, if you can find a path leading down to the water edge, for there are not that many. 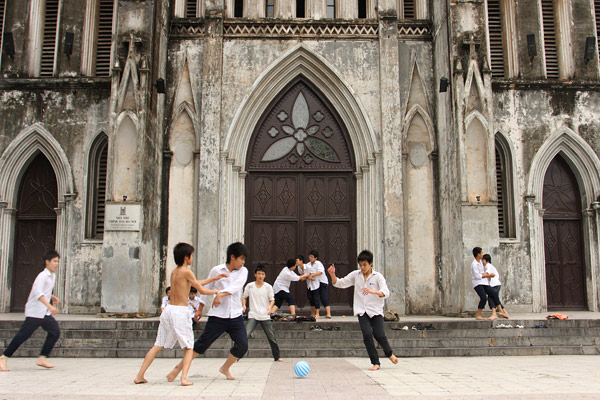 The striking French cathedral is of those lovely surprises that Hanoi has so many of. Build in 1887 in a neo-gothic style resembling Notre Dame in Paris, it is an imposing structure compared to the otherwise humble neighbourhood that surrounds it. It was closed down in 1975 upon Vietnam's reunified and it didn't open again until 1985. Today St Joseph's Cathedral stands dirty and naked, but it kind of fits very well with Hanoi's old-and-used edge. If you are a catholic you can attend service here (in Vietnamese of course), otherwise just enjoy the colourful stained glass windows from the inside. 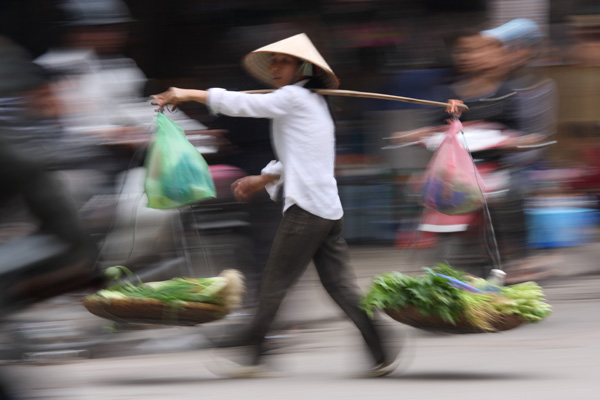 Anything that can be load on a bicycle or in a basket are sold in the streets of Hanoi - and it can seems that most things can be. Clothes, fruit, flowers and vegetables are flying by, hanging from both ends of a bamboo pole balanced on the shoulder of a rushing vendor. Whole bicycles are covered in baskets, household items and even heavy ceramic jars are carefully pushed to the streets, all the while the dense traffic flows past untroubled.
> Photo gallery 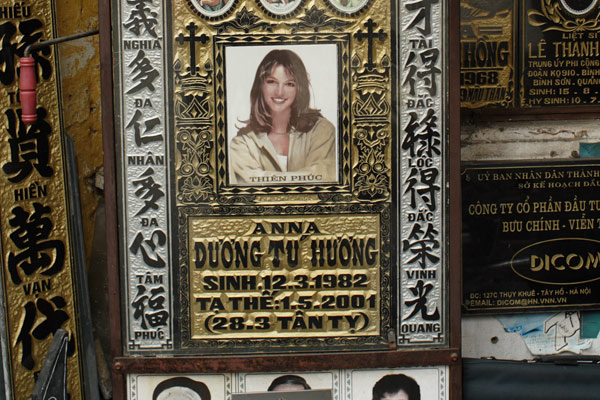 The streets in the Old Quarter was originally named after what was sold there. Hang means merchandise, so the street names are like Hang Gai for Hemp Street (now known as Silk Street), Hang Mam for Fish Sauce Street, Hang Be for Bamboo Raft Street... and so on. Hang Bac is the Silver Street, but it is also here you find the tombstone carvers. The tombstones are made really detailed with pictures and everything. To attract some attention to his shop, one carver came up with the wicked idea to make a tombstone for Britney Spears.

Recently the picture of Britney has been replaced with one of Michael Jackson, which actually makes more sense.
1 2