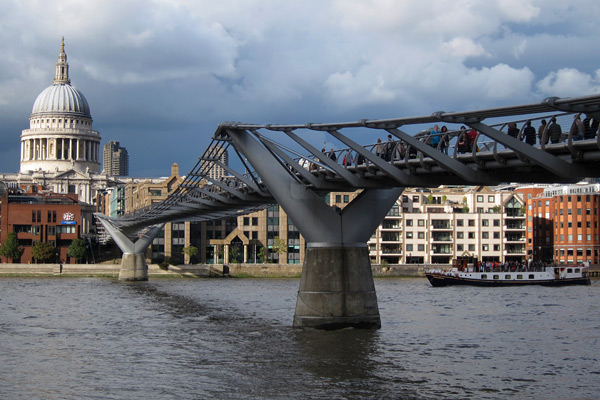 The Millennium Bridge links two of London's most popular sights, the Tate Modern gallery on Bankside and St. Paul's Cathedral on the other side of the Thames. It is a pedestrian-only bridge and opened in 2000 but had to close down after only two days due to swaying motions. It was then closed for two years, where it underwent some modifications, before it reopened in 2002 - not so millennium anymore, but probably safer. 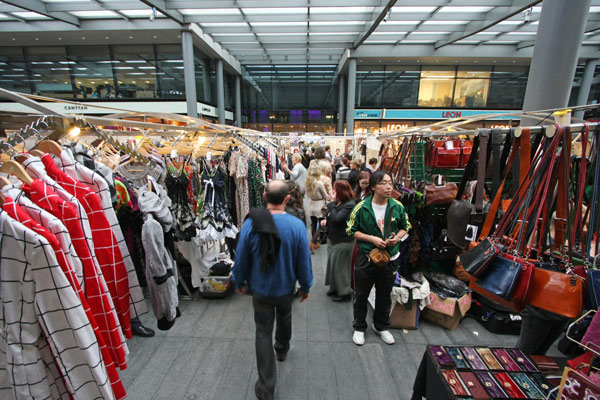 Though the original Spitalfields market dates back to the 13th century, today's market is a very contemporary affair. The beautiful Victorian market hall is still in use, but in addition to the stalls there are also trendy retailers, restaurants and coffee shops along the sides, so even on quiet days the place is buzzing with life. Since the market is covered, it makes a great escape on one of those rainy days. The hall is open every day, while markets are on from Sunday to Friday. The big market days are Thursday (antiques and vintage), and Friday and Sunday when the hall is filled with boho chic designs, fashion accessories, handmade jewelleries and arts - and, of course, food stalls.
> More local markets 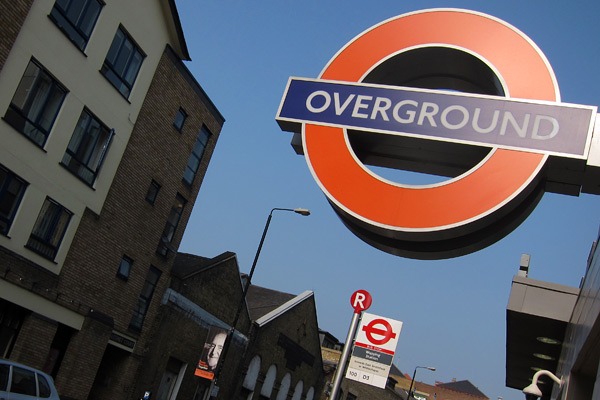 Everybody has heard of the London Underground, but what about the London Overground? As you probably have guessed, it goes over ground - giving passengers a chance to take London in from above. The Overground was introduced in 2007 and consists of five lines; East London Line, Gospel Oak to Barking Line, North London Line, West London Line and Watford DC Line. The logo is similar to the iconic Underground logo, it is just orange instead of red with Overground written across. 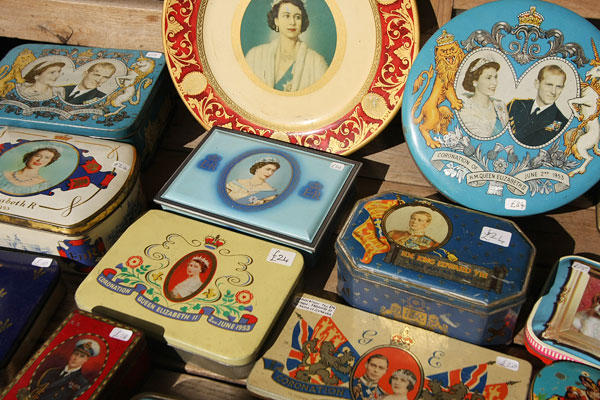 Portobello Market is another of those famous London markets. It is a bit of a mix of fashion, second-hand clothes and small cafes at one end and cute boutiques packed with antiques (and semi-antiques) at the other. On Saturday, it becomes insanely crowded when Portobello Road is lined with antiques, jewellery and fruit stalls attracting a constant flow of tourists and Londoners alike - don't expect a bargain!
> More local markets 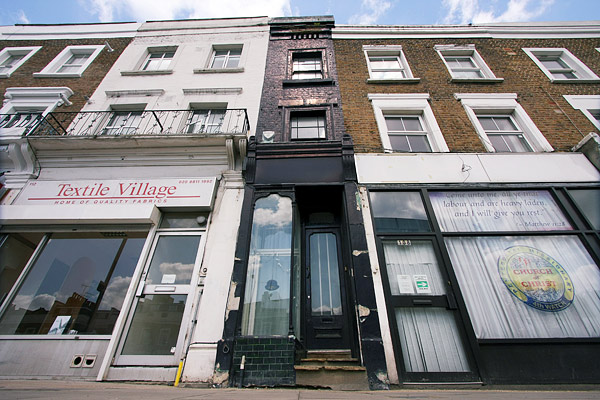 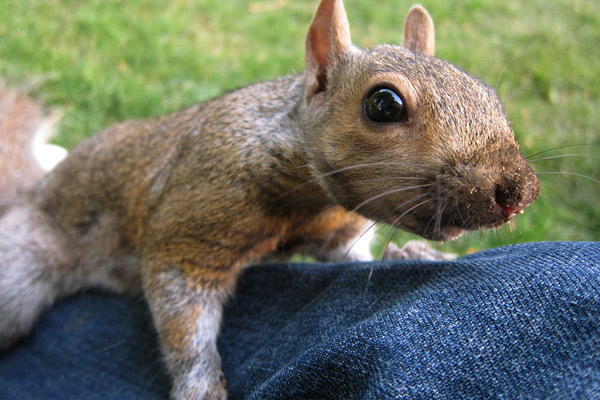 Feeding urban squirrels is surprisingly fun for all ages, especially when you can hand feed them. The little fury fellow will happily crawl down the tree and run over the lawn at the promise of a nut or two. As it quickly gets used to you, it will become braver and get closer. If it finds the feeding too slow, it will not hesitate to crawl on to you and visit the nut bag itself.
St. James Park is one good place for getting close to these urban squirrels, but pretty much every London park has curious squirrels who are willing to take handouts. 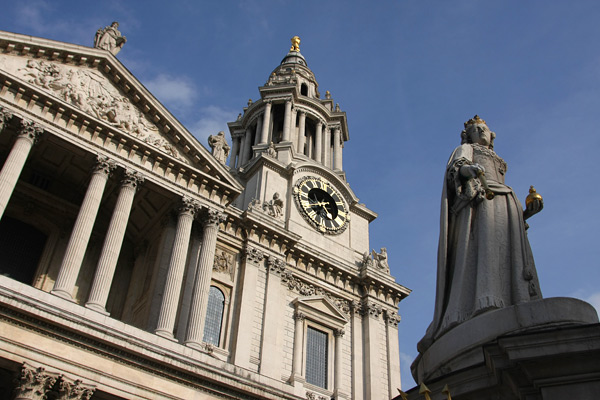 If you are only going to visit one church in London, make it St. Paul's. It is massive and really a lavish affair with elaborated interior fit for royals (Prince Charles and Lady Diana were married here). The big dome of St Paul's Cathedral still is an essential part of London skyline. For 252 years, it held the title as the tallest building in London (111 m), until 1962 when the less impressive BT Tower was completed. The best part of a visit to St. Paul's is the climb to the top of the dome. Panoramic views from here are, not surprisingly, amazing, and the Whispering gallery is good fun, a whisper from one side can be heard across to the other side 30 m away.
> More great churches 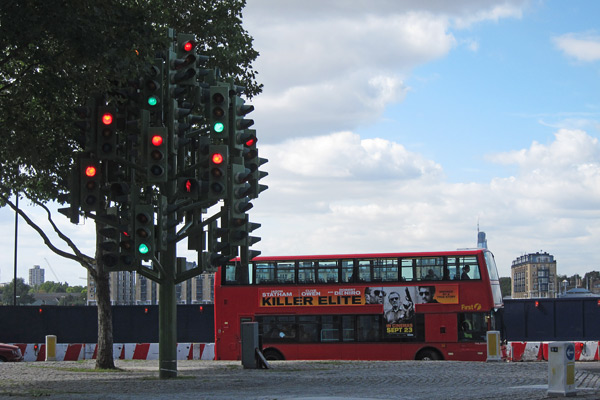 This piece of contemporary art by Pierre Vivant is a steel tree made out of traffic lights. Nothing too controversial here... except for the fact that it is placed right at an intersection. Well, actually it's a roundabout, but still. The lights' arbitrary cycles are supposed to imitate the restlessness of the financial centre at Canary Wharf, but more than anything confuse first time drivers, who don't know whether to stop or go. 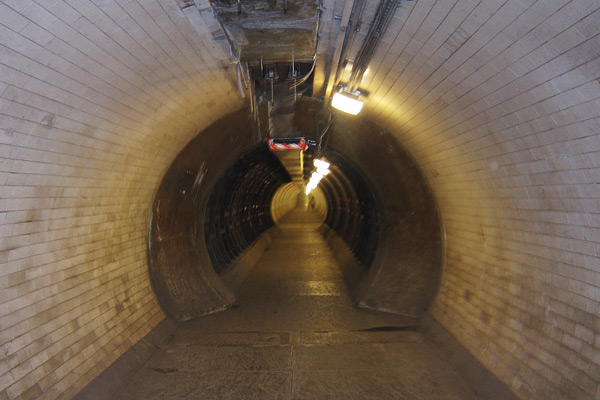 The foot tunnel under the Thames between Greenwich and the Isle of Dogs was first open in 1902. It was built so the workers living on the south side of the Thames could get to their workplace at the docks and shipyard on the north side. The 300 m long pedestrian tunnel is still functional today and is probably the most unusual way to cross the Thames.
> More underground places
1 2