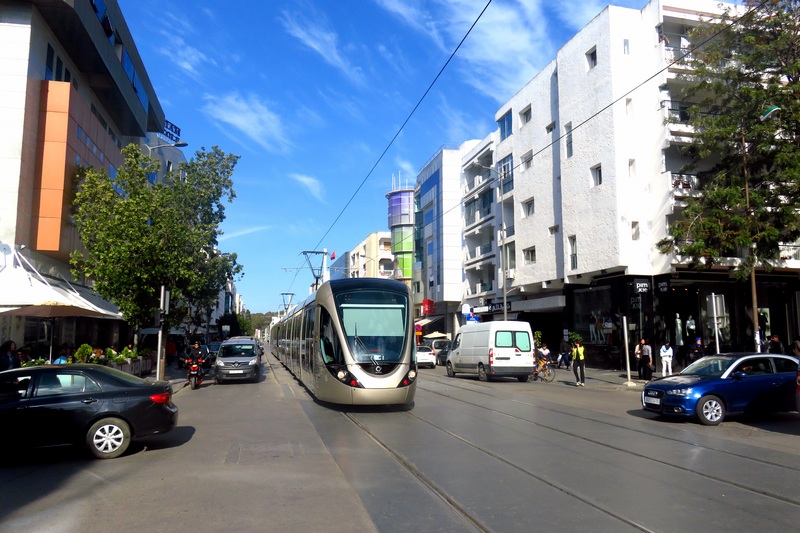 To the southwest of the Ville Nouvelle, conveniently located along the tram line, is Rabat's most lively neighbourhood. Agdal has a distinctly European feel to it, and it is considerable less conservative than both the Medina and Ville Nouvelle. Cafés and shops here cater to the upper-middle class, university students and the expatriate community. The focus here is therefore on recognisable international brands and the neighbourhood is a good place to go if you want to feel a bit more "at home". It is also the spot for Rabat nightlife, with some licensed cafés, bars, and pubs – there are even a couple of nightclubs here.

© Ask Gudmundsen
Connecting the old Medina’s main entrance with Rabat’s main train station and its largest mosque, Avenue Mohammad V is the most important thoroughfare in the new town. It is the place for festivals and demonstrations alike and thus the city's pulsing artery. There are an endless number of smaller shops and cafés in its vicinity, and the country’s parliament is located here. Across from the Parliament is a small square that often draws a large crowd as students from the city’s Circus School substituted their livelihood by spontaneously improvising shows here. Most of the action occurs in the big modern boulevard close to the train station – often in the early evenings. 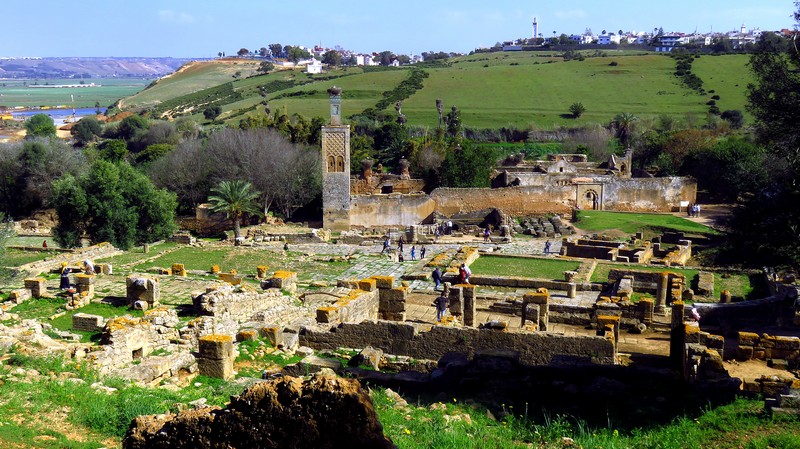 Probably the most lovely spot in Rabat. The Chellah combines the ruins of a Roman village with an Islamic necropolis – all hidden from the hectic capital by high medieval walls. The result is an oasis in the city that feels both historical, tranquil and almost spiritual. Particular striking is the ruined mosque and the trees around it that are home to dozens of nesting storks. Parts of the Chellah also has a distinct park like feel to it, and both visitors and locals alike use the area for socialising and relaxation more than they use it as an archaeological site. Every year in September it also hosts a five-day jazz festival.
> More Roman ruins 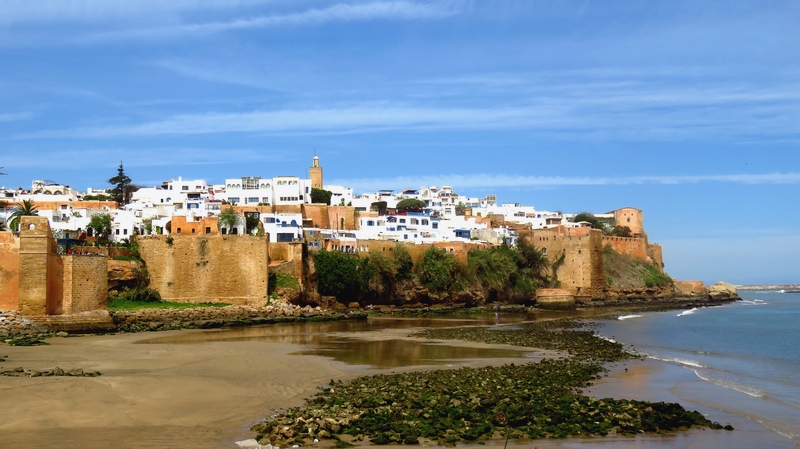 Rabat's castle sits high on the rocks above both the Medina and the Atlantic Ocean. Strategically situated at the mouth of the Bou Regreg River and its natural harbour, the Kasbah, which dates back to 1150 AD, have been a formidable defensive structure for Rabat since it was build. Today, it boasts great views of Salé and the Atlantic Ocean; it holds numerous cafés, a library-cum-museum, and a few look-outs. All this is surrounded by a small white-and-blue village inside the walls. Separated from the rest of Kasbah is also a small, but pretty, Andalusian Garden. The garden’s 17th-century palace hosts the small Oudaias Museum

© Ask Gudmundsen
The slopes toward the Atlantic Ocean north of the Medina is lined with thousands of graves. The endless rows gravestones, divided into multiple sections, are relatively new and evidence that this is not a historic cemetery, but a contemporary one. Strolling along the graves is both a peaceful and tranquil experience, and while it will not take up your entire day, it is an excellent place to catch a break for the busy medina. Islamic tradition dictates that bodies must be berried within twenty-four hours of the death, and it is thus not uncommon to come across a funeral in the graveyard's vicinity. Photographers should exercise digression. 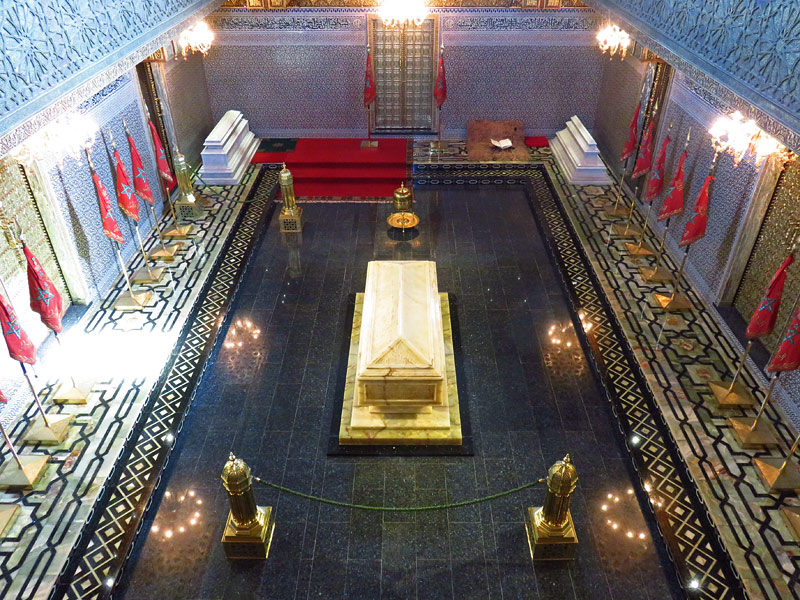 Constructed in 1971 in Alaouite architecture as a final resting place for modern Morocco’s first post-independence king, Mohammad V. Also containing the tombs of his two sons, King Hassan II, and Prince Abdallah, this is Morocco’s primary modern royal burial site. The King chose its location nicely, on a hill overlooking the Kasbah and the Corniche. However, it is also the location of the unfinished Hassan Tower or Tour de Hassan. The 44 metres high tower was constructed in 1199 AD, as what was intended to be the tallest minaret in the world and the largest mosque. The project never finished as its patriarch died half way through, leaving more than 200 unfinished columns in what is now the, effectively, the Mausoleum’s courtyard.

© Ask Gudmundsen
Lovely situated below the walls of the Kasbah, Rabat Beach, is a favoured location for locals who want to relax and enjoy themselves. The water is probably too dirty for most visitors to find a swim comfortable. The beach is instead an excellent place for novice surfers to get to know how to control the board and the waves. Non-surfers can enjoy the sun, either on the beach itself or the moles surrounding the beach. It is also one of Rabat's prime spots for people-watching. Kids playing in the sand, teenage couples secretly holding hands or families picnicking are all plentiful. A few makeshift cafés offer mint tea and good views over the beach just below the kasbah.
> More beaches in Africa

© Ask Gudmundsen
Despite being the Morocco’s capital, Rabat is not big in museums. Only two are really noteworthy, the National Archaeological Museum and the Museum of Modern Art. The former is surprisingly old, small and hidden away in the Ville Nouvelle’s back-streets. Particularly for a country with as much history as Morocco. It is basically a one room museum, though there are a few interesting Roman artifacts. The Museum of Modern Art is, on the other hand, large, modern and have a prime position in one of the main intersections. It features a walk-through of the most important Moroccan art from independence until today.