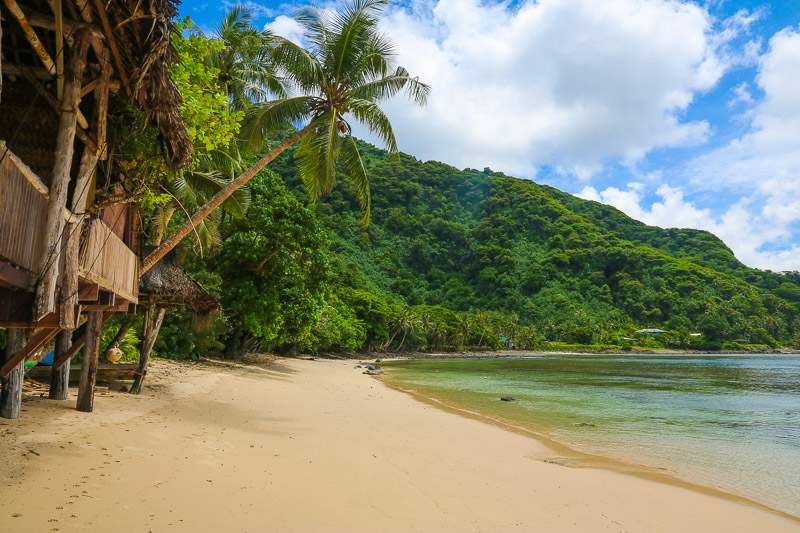 A bus ride from Pago-Pago lies this crescent shaped sandy beach. Like everywhere else on Tutuila Island, there is a spectacular backdrop of jungle covered steep mountains. But what set this beach apart is the cafe, Tisa's Barefoot Bar, which is almost an institution in American Samoa. It has this beachcomber vibe and the view over the lagoon from the open deck is unbeatable.
> More beaches, Australia and Pacific 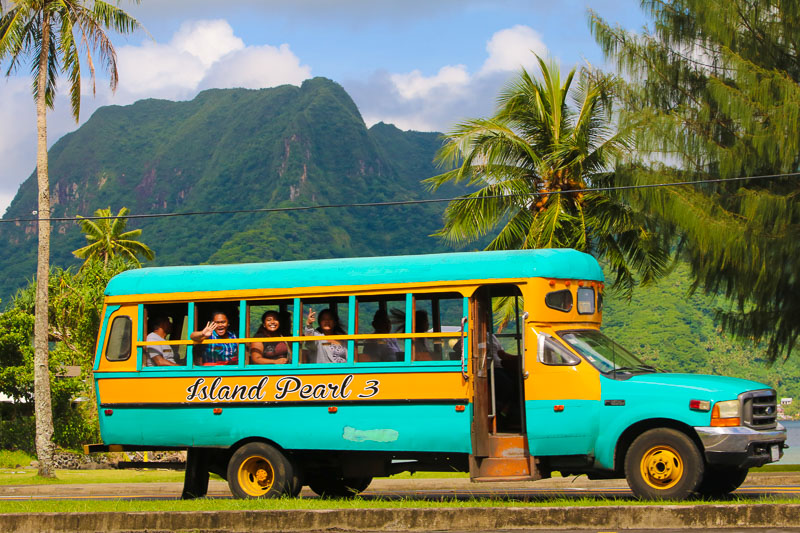 There aren't that many roads on Tutuila Island, so it's fairly easy to get around by bus. Their flee is a colourful range of reconstructed buses. There are two kind of buses; the bigger "long distance" buses and the smaller city buses, which have constructed out of old family cars. Driver acts also as the dj, as music is an important part of every bus' character. 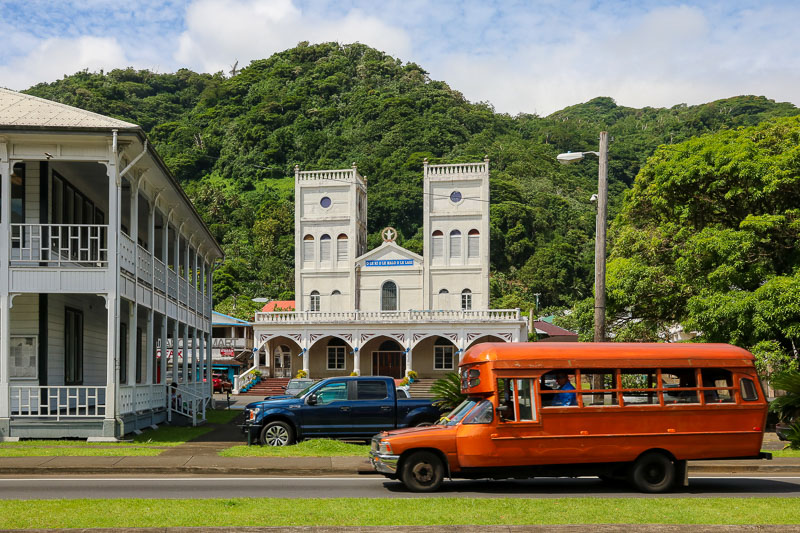 Gritty looking Pago-Pago is beautiful located at the bottom of a protected bay surrounded by lush green mountains. It's spread out along the waterfront. As busy as the harbour is, as quiet is the rest of the town. As American Samoa is American territory there are expats and the US navy is also present.