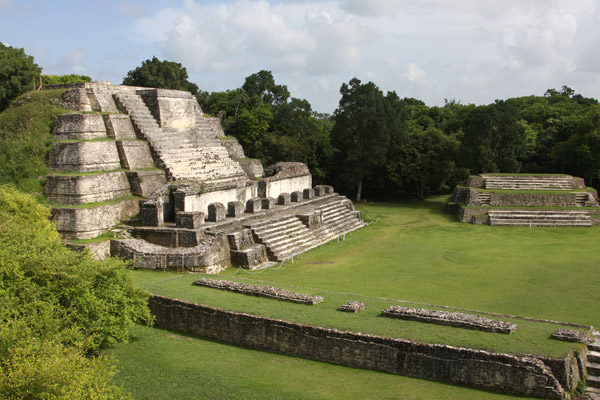 These are Belize's most famous Mayan ruins. Not quite up to scale with their sister ruins in Caracol (or Mexico and Guatemala for that matter), but what the site lacks in size, it certainly wins in serenity. The tallest of the pyramids takes you 16 metres up and allows a nice overview of the compact settings with the two manicured plazas. It has become an icon of Belize since featuring on the country's beer bottle labels. We,re sure that the Mayans would have been proud.
> More Mayan sites 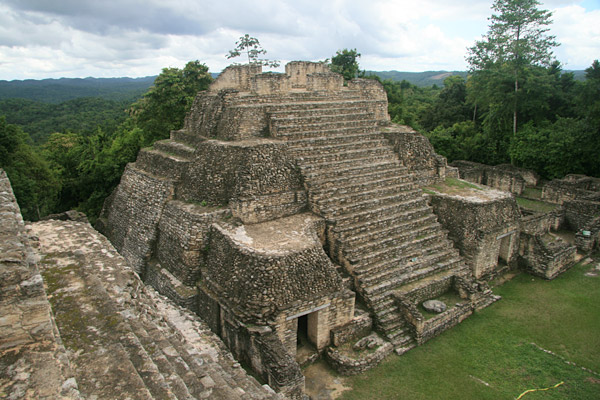 This must be the hidden jewel of Belize. Tucked away in the lush borderland to Guatemala are these astonishing Mayan ruins. The main pyramid, Caana, is towering the dense jungle and apparently is, with its height of 43 metres, still the tallest building in Belize. There are amazing stone carvings along with ball courts and tombs. The ruins are so difficult to get to that hardly anyone knows them, even less visits them. The only way is by a horrendous dirt road which luckily has a couple of great side trips (like "Rio on Pools" and "Big Rock Falls"), so half the adventure is getting here. So go now before the road gets sealed and puts Caracol on the tourist map.
Note: Locals recommend you join the armed escort from the military camp (located 35 km before the ruins) for the last leg of the journey, since random robberies have occurred in the past.
> Photo gallery
> More amazing temples
> More Mayan sites 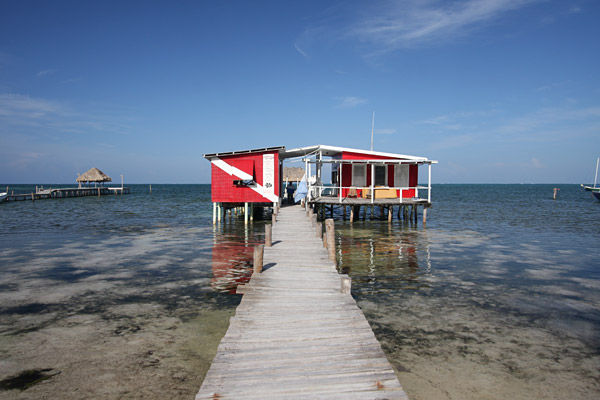 Belize is very different from the rest of Central America: Black people, dreadlocks and reggae are predominant here. A great opportunity to slow down and get into the Belizy vibe is a trip to some of the cays (islands). The easiest one to get to from Belize city is Caye Caulker, only 45 minutes away with speed boat taxi. Here, the sea is warm and tempting, but the shore is full of sea grass. Fortunately, the second greatest reef in the world is just offshore, so you will be a lazy bastard not to do some snorkeling or diving. Try the "Blue hole", a sink hole which offers a 40 meters deep dive, if not for the depth, then for the chance to see sharks up close.
> Photo gallery 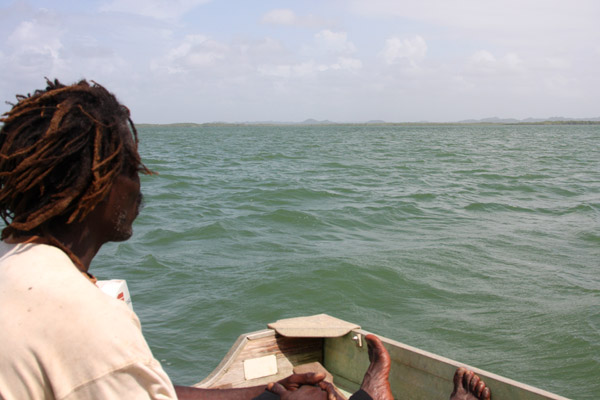 The Manatee is a strange looking sea creature best described as a sea cow. It eats seaweed and normally weighs 500 kg which should make it easy to see, but no. Gales Point, though, is a great place to spot these creatures since the offshore hot spring is a hang-out for them. The watching is done from a small boat (no swimming or snorkelling is allowed) and don't expect to see more than a head coming up for air. But hey, this is wildlife. 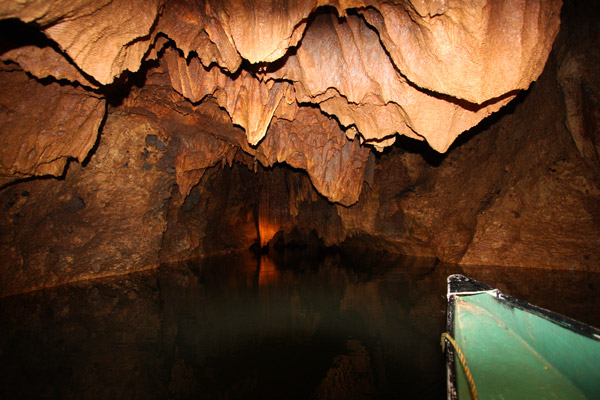 The Mayans believed that a cave was the pathway to the underworld, a connection to the Gods. The cave at Barton Creek is a wet cave (water is dripping from the roof and a creek flows trough it) and was therefore thought to belonged to the rain God, Chac. So to make him happy and get a good harvest, they sacrificed what Mayan Gods apparently wanted: humans. Today, the tour into the cave is done by canoe with one of the park rangers acting as a guide. Bits and pieces of Mayan artefacts (including a skull) have been laid out to be viewed from the canoe, but you don't get on land to see the actual sacrificing place where the bones are. If Mayan bones are more your thing, you might want to try the more expensive Actun Tunichil Muknal cave (ATM cave) further east which requires hiking, scrambling and swimming to get to.
> More caves
> More Mayan sites 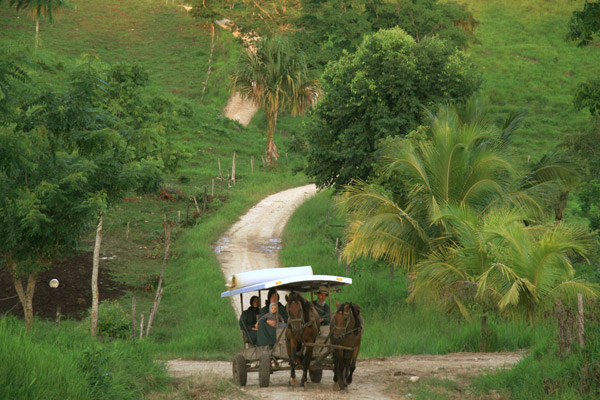 You might be surprised (and maybe a bit freaked out) to see sunburned white settlers dressed in eighteenth century clothing riding horse carts through the green Belizean countryside. They are Mennonites, a Christian people living a strict life untouched by the modern world, who immigrated to Belize and now seem to feed the whole nation with their dairy and agriculture products. In isolated areas, they turn the jungle into "The little house on the prairie", but with palms. It is wonderfully weird and a fascinating contrast to the else easy-going-dreadlocks-swinging-reggae-listening part of Belize. The Mennonites are surprisingly friendly, though a bit reserved, and you are welcome to travel through their farmlands - but don't expect them to line up for group photos.