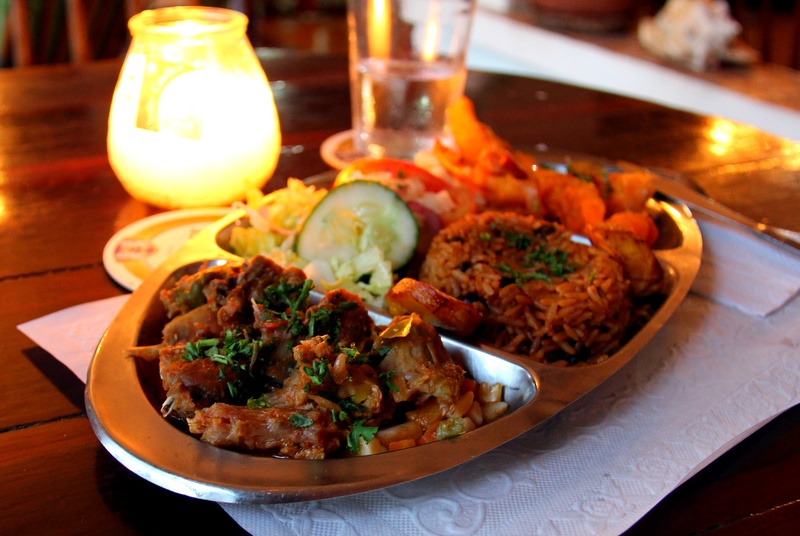 The ever escaping animal so shy it's quite hard to snap a good picture of might be fleeing for a good reason: for fear of ending up at the dinner table. The iguana meat is incredibly tasty and makes a great stew. But let's just say this creature is more bone than flesh and having a whole meal of iguana is a task that requires patience, time and a certain dexterity.
The most famous place on the island to have iguana is at Jaanchies, in Westpunt.
> More exotic food 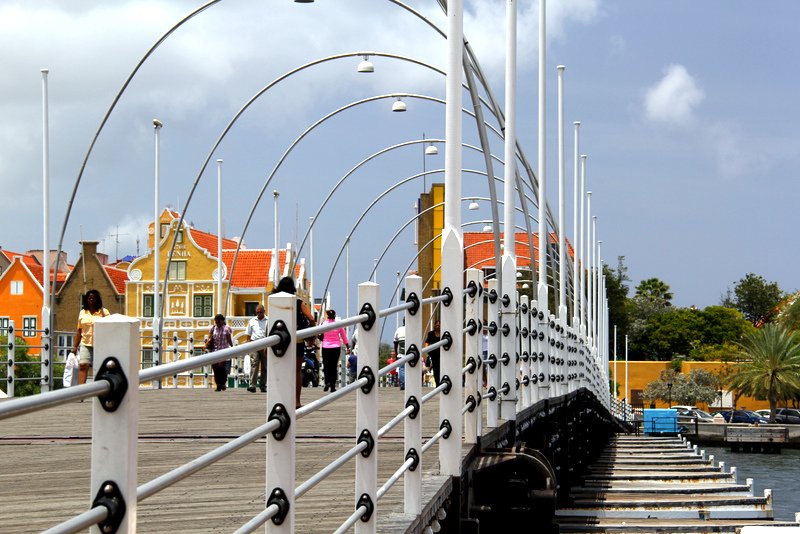 If people prone to seasickness feel a little queasy when crossing Queen Emma bridge in Willemstad, it's because it is actually floating on water. The only floating pontoon bridge in the world, Queen Emma links two of Willemstad's historic neighbourhoods (Punda and Otrobanda) and is the centre of a lot of tourists' attention. But it is really quite a show to hear the alarms go off, and see the bridge detach from Punda and be pushed aside to let ships enter the bay. A show that one would be very unlucky to miss as this happens several times a day. 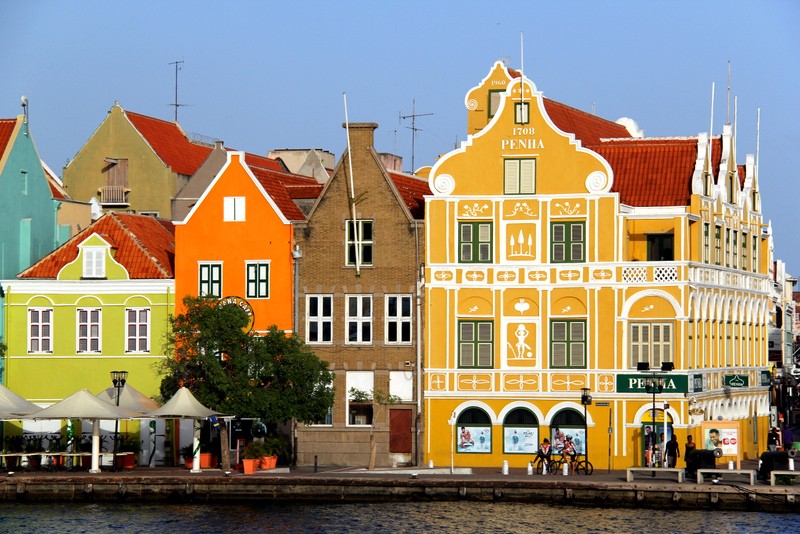 The capital of Curaçao is the biggest (if only) city in the ABC islands (Aruba, Bonaire and Curaçao). Its four historical neighbourhoods are rather unusual in the Caribbean: their typical Dutch architecture has earned them a UNESCO World Heritage status. Yet the city hasn't fully tapped into this renowned status. In any of these neighbourhoods, perfectly well restored houses sit next to crumbling buildings. But this is far from being disappointing, it just illustrates Curaçao's economical situation and prevents the feeling of being in an artificial, tourist-perfect world. Each neighbourhood has its on personality: the hyper touristic Punda, the quickly gentrifying Dutch hipster ghetto of Pietermaai, the lively Otrobanda and historic Scharloo. Outside these neighbourhoods, Willemstad is more a mix of suburbs, oil plant and unremarkable beaches. The overall vibe, however, is one of cool attitude and fun.
> More UNESCO sites, North America