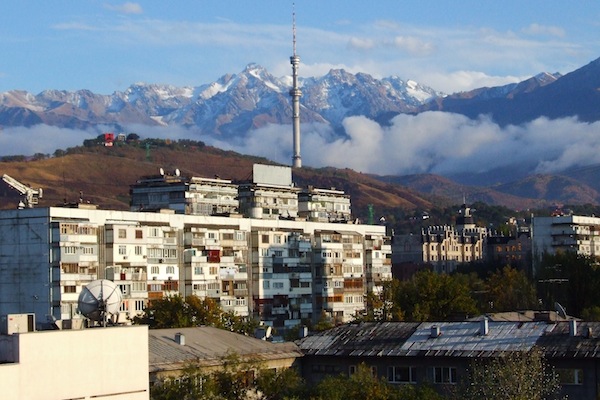 Although Almaty was stripped of the title of Kazakh capital in 1997, there is no question it is still the heart and soul of the country, and not at all what you'd expect from a Central Asian city. Beyond its pretty setting with a mountain backdrop, the place has more than enough to entertain travellers for a few days. From pumping clubs and bars to cable cars rides to the hills to well designed museums to beautifully manicured parks, Almaty is easily the most "user-friendly" capital in the area. But be sure to bring extra cash, as prices here are more in line with Eastern Europe than Central Asia.

It can be difficult for us to physically see environmental damage. Temperatures rise, but we can't see it. Nuclear radiation spikes, but we can't see it. But on the border of Kazakhstan and Uzbekistan it is VERY easy to see the environmental impact man has had. The Aral Sea was once a bountiful fishing ground providing food and jobs not only for locals, but the entire country. However, during the Soviet era, the two main tributaries were blocked to irrigate fields of cotton. This caused the Aral Sea to shrink and shrink and shrink. So much so, that the formerly bustling port town of Aralsk now lies more than 100 km from the sea's shore. A short stroll out of town, travellers can see the rotting corpses of fishing boats that simply got stranded, like fish out of water. A truly bizarre sight.
> More abandoned places 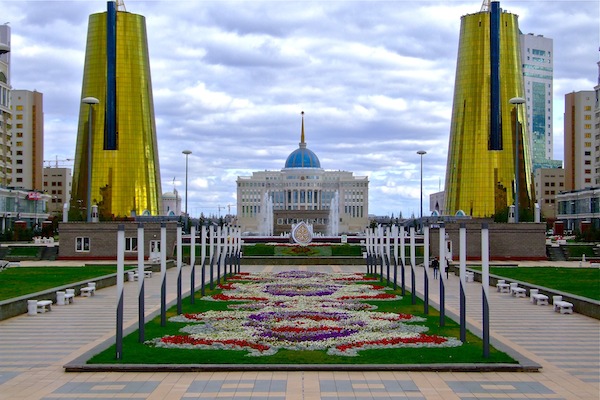 More often than not, capital cities are a process of evolution. Whether a city grew out from commercial prominence or militaristically strategic location or any other number of factors, the cities start small and become a capital over time. This is not the case of Kazakhstan's capital, Astana. Prior to the 1990's, Akmolinsk was little more than a farm town. But after Kazakh independence in 1991, the location was chosen to become the new capital. A bizarre array of ultra-modern buildings, strange monuments and even a large aquarium were all part of the plan of the purpose-built city, officially made capital in 1997. The whole place is surreal and worth the trek to the middle of nowhere just to see it.
> More Asian capitals

© Joe Scarangella
In the Duman Entertainment Centre, in Kazakhstan's new capital of Astana, is something you would never expect. Kazakhstan is one of those countries in the running for the "furthest away from the ocean" competition. So who would think they have an awesome aquarium? The aquarium is very well done. Clean, good displays and a surprising number of fish species, but a visit here is not necessarily for the fish life. Instead, it is an supremely surreal feeling to be wandering through the labyrinth of underwater tunnels, watching divers feed the animals, all the while reminding yourself where you are.... Kazakhstan!! 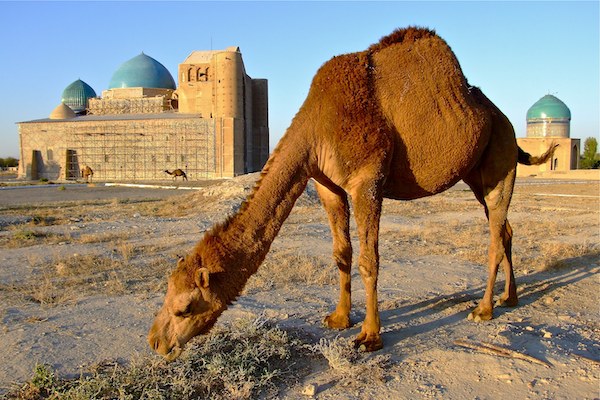 Being descendants of largely nomadic ancestors, modern day Kazakhstan has few ancient architectural sites. The one exception (and one of only three UNESCO sites in the country) is the Mausoleum of Khwaja Ahmad Yasavi in the town of Turkestan. Commissioned in 1389 by Tamerlane (a Central Asian conquerer), the mausoleum was a replacement for a smaller one to the Sufi mystic Khwaja Ahmad Yasaviis. A quite similar structure to those found in neighbouring Uzbekistan, the mausoleum may not compare with the Uzbek ones. But for Kazakhstan, it is arguably the greatest architectural site. And most definitely the only thing to do in the tiny town of Turkestan.
> More dead statesmen 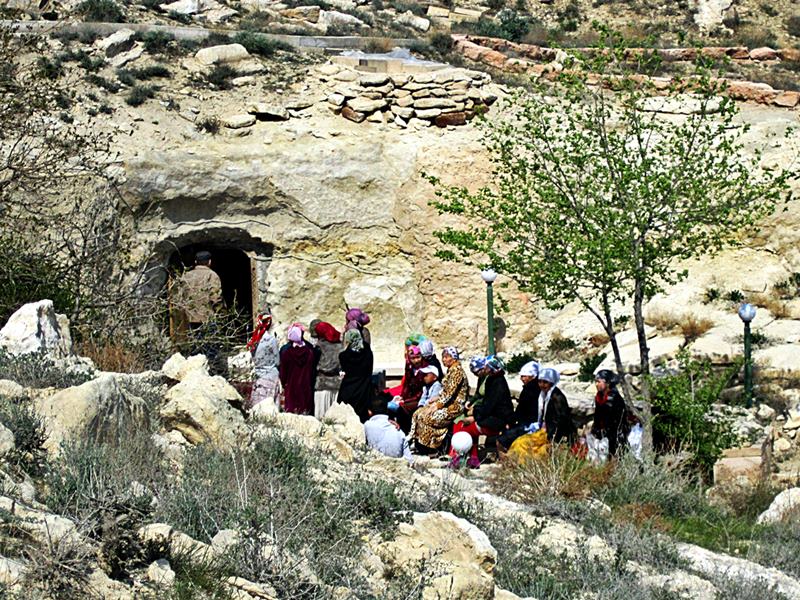 Though Kazakhs are fairly secular, many of Kazakhstan’s Sufi Muslims go on pilgrimages to the underground mosques of Shopan-Ata and Beket-Ata. These pilgrimages hold more cultural than religious importance; so foreign visitors are welcome to join the local pilgrims on a trip that includes ancient necropolises; prayer-sessions; conventional walks around sacred trees; and underground mosques hundreds of kilometres from anywhere.
The pilgrimage starts from Zhanaozen, 150 kilometres into the Mangistau Desert. You will share old Russian minibuses with the pilgrims, eat communal meals at temples along the route, and sleep in mosques at the holy sites. The final and blessed destination is a number of ancient cave mosques that have been used by important scholars, who withdrew to these caves for religious meditation in the early nineteenth century.

A bus and cablecar ride from Almaty 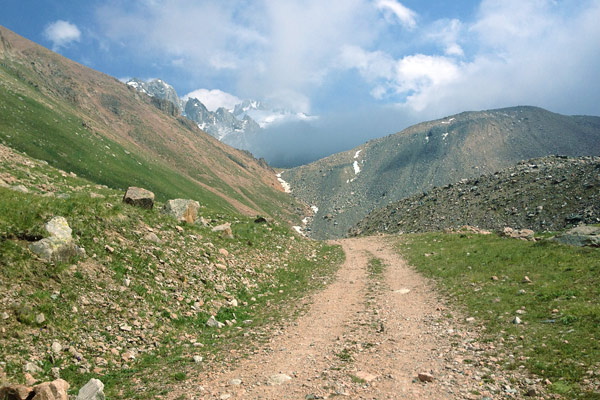 Almaty is beatifully located at the foot of the mountains. If it wasn't for the highrises, you would have panoramic views over these parts of Tian Shan from anywhere in the city. One of the valleys, Malaya Almatinka, was developed into one of the best ski resorts, Shymbulak, in the region with several cablecars and even a giant ice skating rink. Other valleys are still undeveloped with great outdoor activities possible during both summer and winter. For one day trek, try the Shymbulak – base of Pik Komsomola (4330 m). Just follow the road from Shymbulak (one cablecar ride from Medeu), which quickly turns into a rough 4x4-only track, to the end at 3300 m (about 8 km). There are also multi-day treks connecting the valleys for those with a tent and sleeping bag. For the lazy ones, there is the cablecar which can take you up to the Talgar pass at 3163 m. Bring warm clothes for it's cold up here.
> More trekking