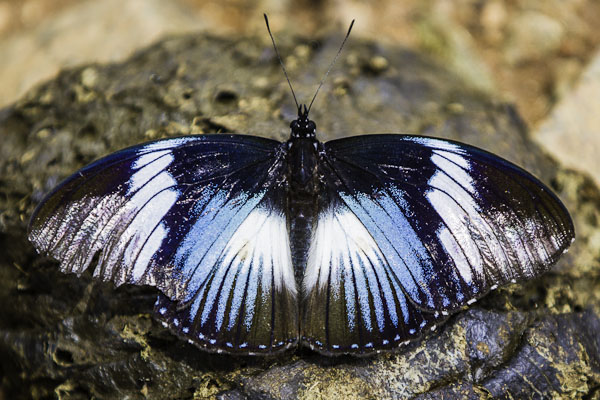 Kakamega Forest may not feature on the itinerary of many first-time visitors to Kenya, but for those with a bit of time on their hands, or self-drivers travelling between Kenya and Uganda, might want to take a couple of days to explore this remnant of a once huge forest, extending well into the Congo and covering much of western Kenya. The main attraction here is the huge array of butterflies and birds, although Colobus monkeys and the faint chance of seeing a pangolin also draw visitors. There are a number of guided walks in the area, although it is worth just exploring on your own as well - the guided walks are interesting, but overpriced. Butterflies enjoy the sunlight, and simply by driving some kilometres past the main entrance to the reserve you are likely to spot flocks of them by the side of the road. The forest also provides a refreshing change of scenery from the shrubs and open spaces of most of Kenya's other parks and reserves, and cultural dances and story-telling (from members of the Luhya tribe) sessions can be organised.
> More national parks in Africa 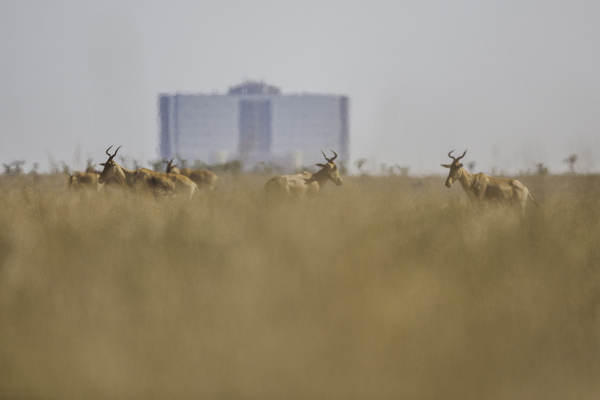 Nairobi National Park is quite unique - where else can you watch giraffes, antelopes and lions wander past your car to a backdrop of skyscrapers? Its location is convenient for those with limited time on their hands, and the park is accessible by 2WD. While it cannot compare to Kenya's premium wildlife parks, the bizarre combination of urban life and African wildlife is well worth the time - and hefty fee. The park also boasts a successful rhino sanctuary, and the Kenya Wildlife Service headquarters are located by the main gate. A fence separates the park from the city, but human-wildlife conflicts still arise when predators venture out of the park and make for the suburbs.
> More safaris 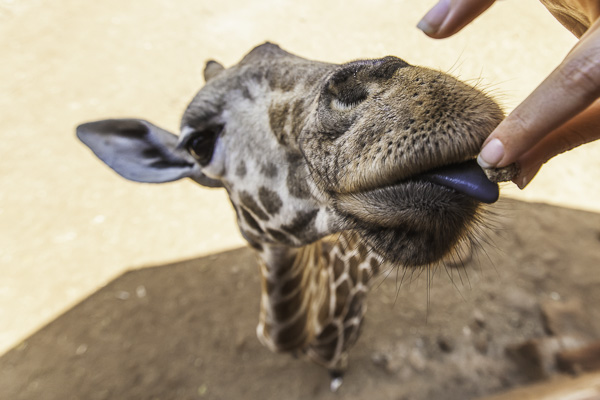 The Giraffe Sanctuary is well worth a visit if you are of a mind to have a closer look at the world's tallest land mammal. It is located south of the city centre, not far from Nairobi National Park. You won't need to spend much time here, but it is wise to allow up to half a day considering the traffic that usually plagues Nairobi. The site is used as a breeding centre for the endangered Rothschild giraffe, and calves born here are released into the wild at the age of two years. There is an educational centre, a large semi-fenced enclosure where the giraffes browse, and a platform from where you can feed (and kiss, if you are so inclined) a member of this fascinating species. Wet, sticky but at the same time rather endearing. 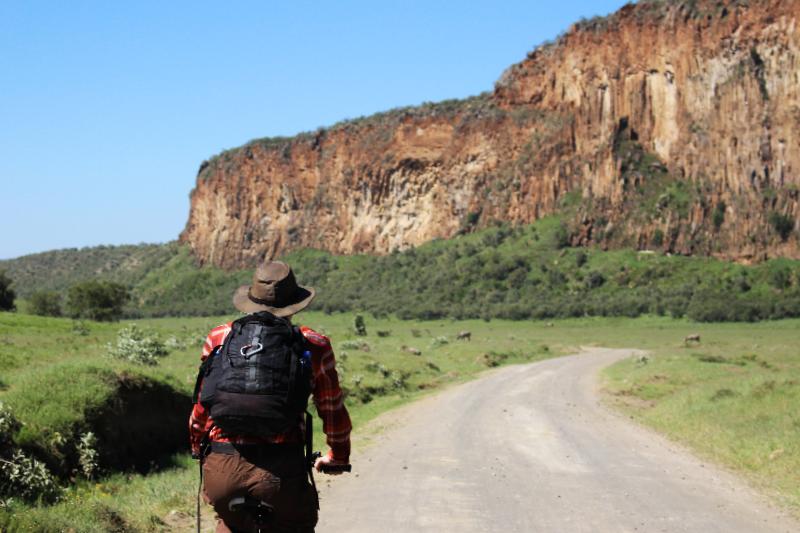 Named by the Maasai people due to its geothermal and seismic activity, this national park distinguishes itself by being accessible by bicycle or on foot. Exploring the park in this fashion is safe due to the absent of large predators, but it's easy to get close to giraffes, zebras, warthogs and buffaloes – lucky visitors might even spot hyenas. Bikes can be rented at the gate and once you tier of biking, the park offers gorgeous hikes through its a narrow sandstone gorge full small hot springs. For pools big enough for swimming it is necessary to move a little further into the park. Unfortunately, have these pools been commercialized, though a dip is still possible for a fee. Disney fanatics will be happy to know that Hell’s Gate was the inspiration for the setting of the Lion King. Hiking in the gorge will thus bring you to the site that saw Mufasa’s final moments, and Fischer's Tower is the original inspiration for Pride Rock.
> More national parks in Africa 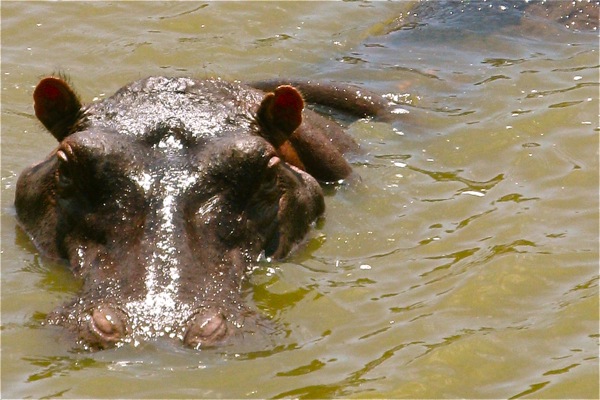 If you have the slightest interest in hippos, you must visit the large freshwater lake Lake Naivasha, which lies in the Great Rift Valley. However, there are only enough activities to spend a single day/night at this lake, which is located 1880 meters above sea level. There is a very large number of hippos in the lake, and when darkness falls, the animals, who spend most of the day in the water, will emerge from the lake and graze on land. Tent sites are fenced off, since hippos are extremely dangerous. They are actually the large animal in Africa that kills most people per year. But you can sit safely and in tranquility in small cabins on stilts and observe/hear the animals eat in the darkness.
> More national parks in Africa
> More safaris 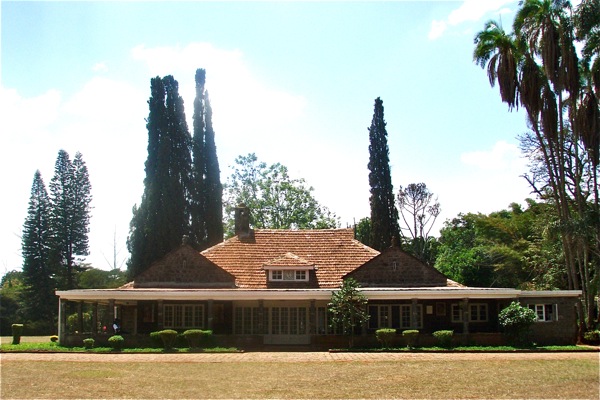 If you enjoyed the movie "Out of Africa" about the world famous Danish author Baroness Karen Blixen, it is recommend that you visit her old coffee farm and house in the Kenyan capital. The house, which in 1986 was converted into a museum on the outskirts of Nairobi, and although houses are now built around the farm, you can still see the beautiful Ngong Hills from the large park of the house. The house / museum itself is not particularly large, but you can definitely "sense history", when you stand in the baroness's office, among her original furniture and look at her books and authentic photos of her, her husband Baron Bror Blixen and her lover Denys Finch Hatton, who died tragically in a plane crash. 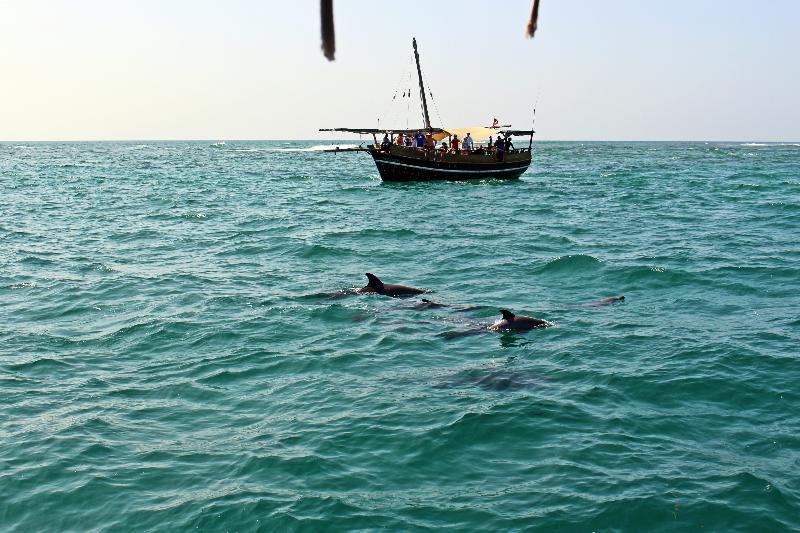 Kenya’s prime spot for diving, snorkeling and dolphin watching is on the southern most tip of the coast. Should this not be for you, what about organising a relaxing dhow-trip and exquisite lunch at Wasini Island, which is also the location for a number of ecolodges. Divers and snorkelers will be happy with the national park’s pristine coral reefs and abundance of marine life, including sea turtles, which there is a fairly good chance of spotting. Above water, traditional dhows take visitors on both dolphin and whale spotting tours. Most accommodations along the coast, all the way up to Mombasa, can arrange for this. Alternatively, make your way to the local sea-side community of Shimoni and deal directly with the captains yourself.
> More national parks in Africa 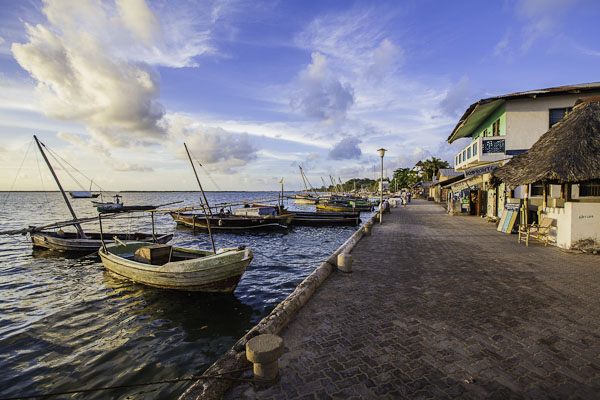 Lamu is a gem of an island in north-eastern Kenya. Fishing and tourism are the primary mainstays, and there are only two settlements of note on the island, Shela Village and Lamu Old Town. Both are quaint, but Shela smaller and tidier. There are only a couple of vehicles on the island, so travel is by foot, boat or donkey. The south-east side of the island is one very long and wide sandy beach. Amazing sea food abounds, and there's plenty of handicrafts to gawk at. For many people, the highlight of a visit to Lamu is its testament to Swahili culture: museums, hand-carved wooden doors, coral stone architecture and countless dhows is a journey in time as well as space. To experience what life might have been like in the days of the Omani occupation, or simply to forget about time and place, try a dhow trip into the archipelago. Lamu is the kind of destination that makes it very easy to forget the outside world, and is a more relaxing alternative to Stone Town on Zanzibar.

© Ask Gudmundsen
The colonial era Uganda Railway, known as the Lunatic Express or the Lunatic Line, still has a few active stretches. The most interesting being night train between Nairobi - Mombasa. The train itself has not changed much since the colonial days, neither has the restaurant car's menu, making the journey a historical interesting experience.
And one should take the train for the experience, not for the comfort or the speed. The three weekly departures in each direction is scheduled to last 14 hours, but expect lengthy delays. While this might sound less attractive, the delay means the train will pass through Tsavo East National Park in daylight instead of in the middle of the night, making the journey half train ride, half safari.
> More train journeys 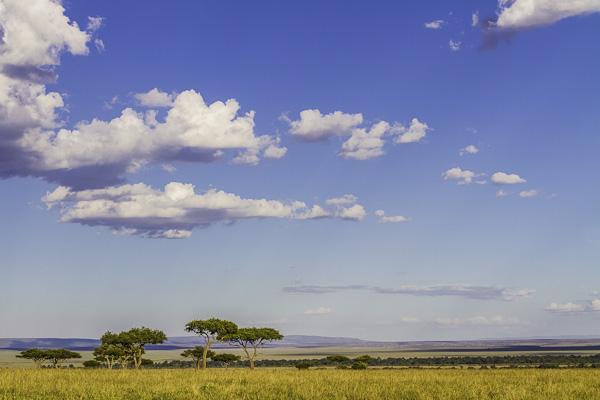 The Mara Triangle is the western third of the Masai Mara National Reserve, covering some 510 square kilometres. It is bordered by the Mara River to the east, the Siria Escarpment to the west and north and Tanzania's Serengeti National Park to the south. This side of the reserve is far better managed than the eastern two-thirds, with mostly good roads. When the migration makes its way to the Masai Mara, the river crossings will generally take place from the eastern side into the Mara Triangle, so it is an ideal place to observe this phenomenon. This can take place anytime from mid-June to the end of the year, although mid-August until mid-October is more usual. Wildlife abounds here: lions, leopards, cheetahs, rhinos, elephants, buffaloes, hippos, zebras, hyenas, giraffes, antelopes and hundreds of species of birds. Most of the Triangle consists of open savannah, although the streams and rivers are lined by woodland. There are picnic spots strewn throughout the Triangle; one of the best is 'Out of Africa', halfway up the escarpment, which provides mind-blowing views of the plains.
> More safaris
1 2