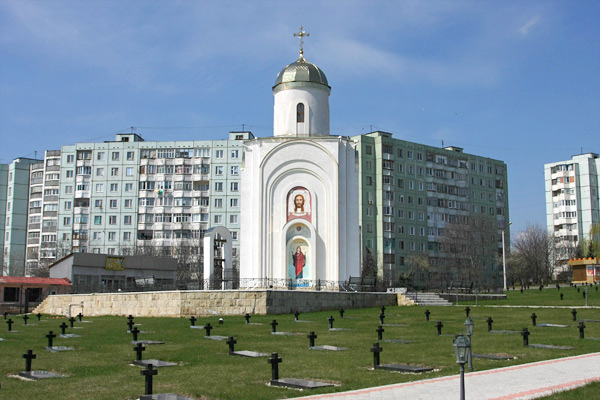 Bendery, or Bender, as it is also called, is the first town you encounter when you cross to Transdniestr from Moldova. As this is Moldova/Transdniestr, there is of course not much to see, but nevertheless it feels quite exciting to see your first Transdniestran something. The town got heavily destroyed during the independence war in the 1990's, but there are hardly any war scars anymore. The main sights are the war cemetery and the war memorial at the roundabout, which consists of a tank with the Transdniestran flag and an eternal flame. There is also an old fortress built by the Turks in the 16th century, but the Transdniestran army now uses the area as a military camp, and it is therefore off-limits. 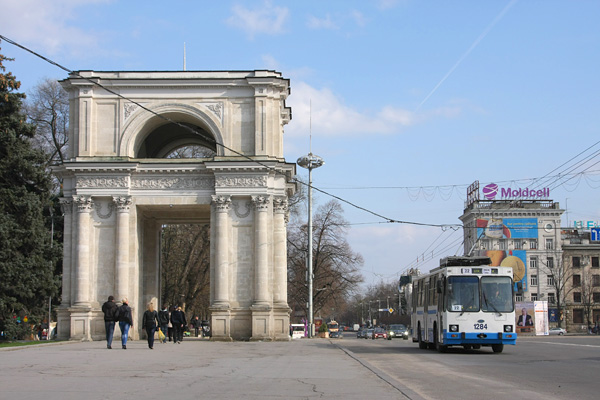 The capital of Moldova is surprisingly nice and welcoming. There is not much to see in terms of grand sights, but the compact centre has some nice parks, a few impressive buildings, and a decent amount of Eastern-Bloc concrete to fulfill the expectations of a forgotten capital in a forgotten country. The main boulevard is a long row of money exchange bureaus, gambling halls and fancy shops for those who can afford to drive the Mercedes and BMWs that tyrannise the traffic. The area around the central market is good for local eateries and browsing the random selection of street vendors (looking for track pants or high heels?). There is of course a thriving nightlife, ranging from student drinking joints and live venues to über-fancy clubs. So most travellers won't have any trouble keeping themselves busy for a few days in Chișinău (which is by the way pronounced ki-shi-now).
> Photo gallery
> More European capitals 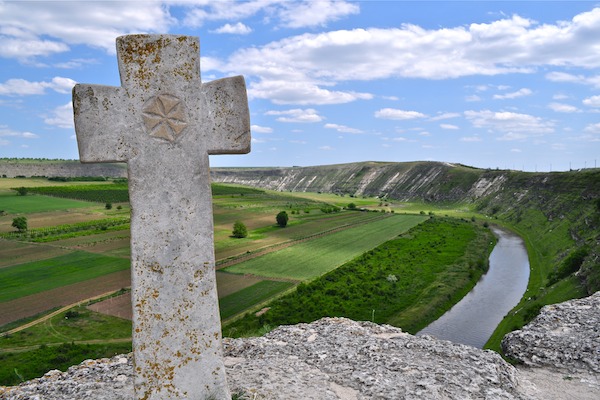 According to statistics, Moldova ranks as one of the least visited places on Earth. This may be due, in part, to the fact that the country lacks any significant tourism sites. But one thing is for sure, if you ask any local what you should see in the country, it is almost guaranteed the first answer will be Orheiul Vechi. A short drive north of the country's capital, and slightly outside the town of Orhei, an old monastery stands on the edge of a cliffside perched over an ancient winding river. The monastery complex, the Church of the Ascension of St. Mary, is the first thing that visitors will notice. However, it is the descent into the darkness of the underground monastery that is the real draw. Luckily, for those with a bit of claustrophobia, fresh air and lovely views over the fertile valley are never too far away. Remember not to visit on a weekend or holiday, unless you like being squished in with pretty much half of the population of picnickers from the city!
> More underground places 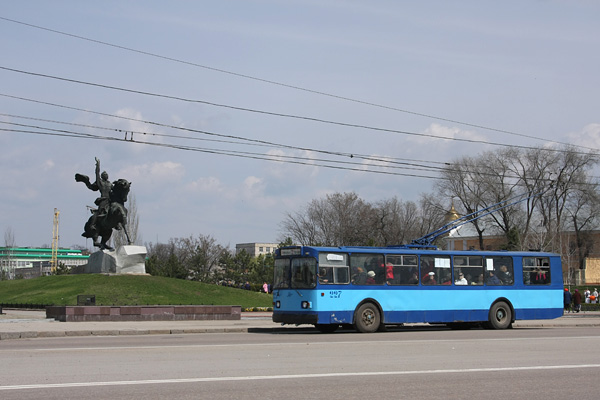 Tiraspol is, besides being the second biggest city in Moldova, the capital of the unrecognized republic of Transdniestr. It is a true ex-soviet city with a wide main boulevard, Strada 25 Octombrie, vacuumed for traffic, but lined with odd military monuments and crowned with a fine Lenin statue. There are hardly any restaurants or shops in town, so shopping can be a difficult task unless you are looking for a bottle of Kvint, the quasi-famous local Transdniestran cognac. There is a small market in classic Eastern-Bloc style behind the main square on Strada Karl Marx, but otherwise the main attraction is just to walk around and soak up the strange Soviet-era atmosphere.
> Photo gallery
> More communist relics
> More European capitals 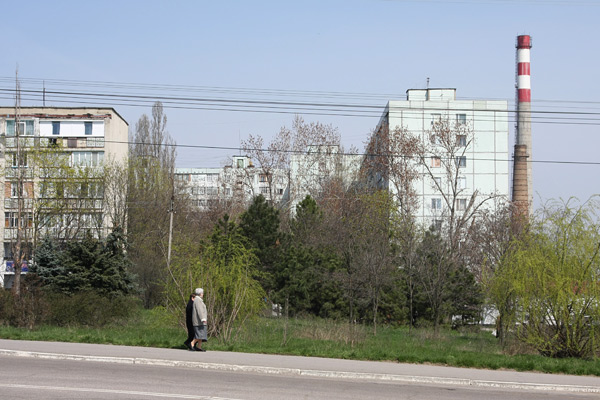 Trans-what? Yes, Transdniestr is a self-proclaimed republic located mostly between Dniester River and the eastern Moldovan border to Ukraine. The breakaway territory declared independence from Moldova in 1990 and sports its own president, border control, police, and even money. Even with these impressive efforts, nobody recognises Transdniestr as an independent state, besides a few similar breakaway states like the ex-soviet territories of Abkhazia and South Ossetia. Nevertheless, it has recently become possible, and rather easy, to visit this wanna-be-state. Crossing into Transdniestr from Moldova feels like travelling back in time and makes Moldova look like a futuristic utopia. The journey requires border crossings (your passport is not stamped, sorry), change of money, and the skill of reading Russian since this is the official language of Trandsniestr. Dobro pozhalovat! 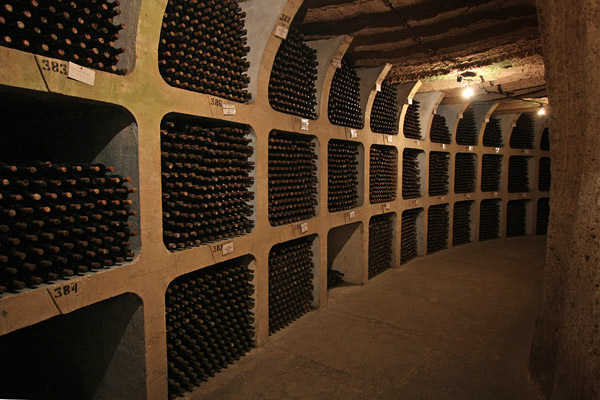 Very few seem to know this, but Moldova is actually semi-famous for its wine. You will however notice this right away when arriving to the country for every hill and every field seem to be covered in long rows of grapevines. The two biggest wineries are Milestii Mici and Cricova, both can be visited on a winery tour. They are both located underground in limestone mines and are very large, as in largest in the world. The wine collection at Milestii Mici alone contains more than 1.5 million bottles, which makes it the largest collection in the world. The underground network at Milestii Mici is more than 200 km long (Cricova is "only" 120 km in length), though only 55 km of those are used for storage, and every underground street has a catchy wine-name like Sauvignon street. Any wine tour ends of course with some wine sampling, which in our case was more about quantity than quality. Keep in mind that bookings are necessary with these not-so-foreign-tourist-friendly wineries.
> Photo gallery
> More drinking
> More underground places