Camping in the desert 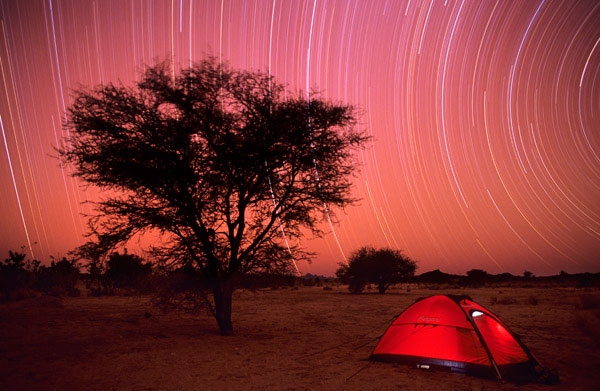 To sleep under the stars in the middle of Sahara, is as exotic as it gets. It is of course tempting to fall asleep, but it is actually more rewarding to walk around on the star lit desert floor. There are so much to see; scorpions, mice, snakes and small bugs were all busy getting their dinner. This photo was taken during a trip through Niger, where most nights was spent among sand dunes and under the vast sky. Around midnight the camera got mounted on a tripod for a couple of hours to capture the stars. It is taken at a place about 100 km from the desert city of Bilma, and possible to reach by 4x4, camel, or even walking - the first option being the most comfortable way.
> More deserts 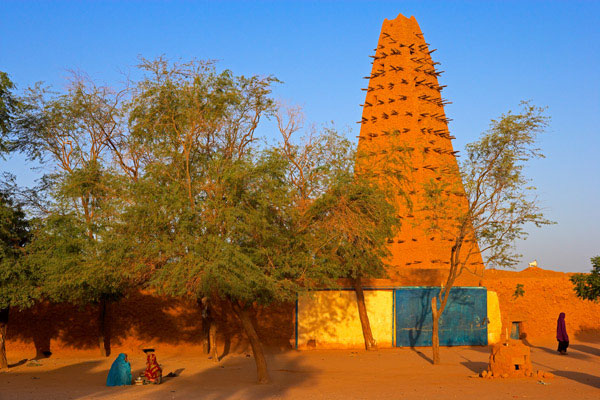 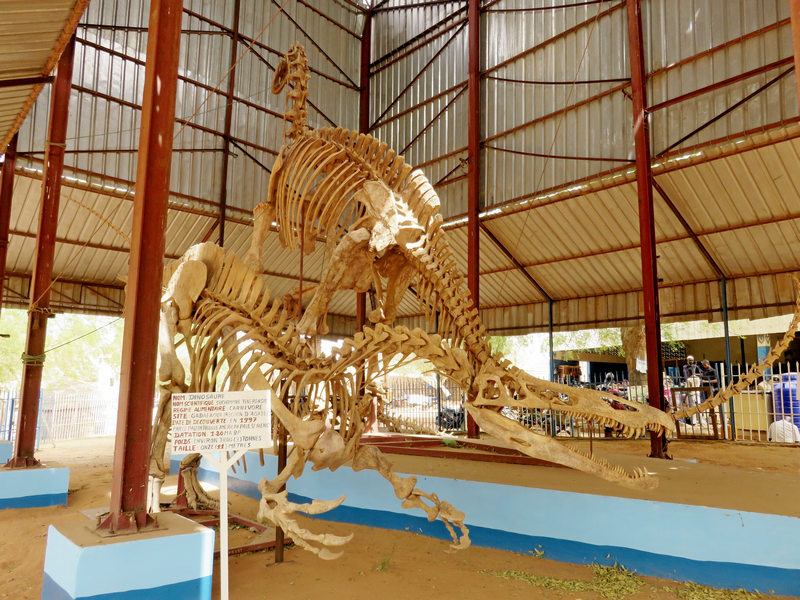 Here at GlobeSpots, we don't usually promote specific museums. However, when the museum in question is the very best in West Africa – with some distance – we're happy to make an exception. Built back in 1959, the Musée National du Niger occupies a large ground in central Niamey. It's so big and spread out over so many pavilions that it's shockingly easy to miss large parts of the exhibitions, simply by overlooking certain buildings. The museum includes everything from traditional dresses and music instruments, over archaeological finds to pavilions focused on the country's natural resources - the newest addition is a 2016-pavilion on the country's biggest export: uranium. Another highlight is three dinosaur skeletons found in the Sahara Desert. The grounds also include a zoo with some relative healthy looking animals (elsewhere in Africa zoo animals have starved to death), but some animals are kept in fairly small cages, and animal lovers might want to skip the zoo and spent their time at the exhibitions.
> More dinosaur places 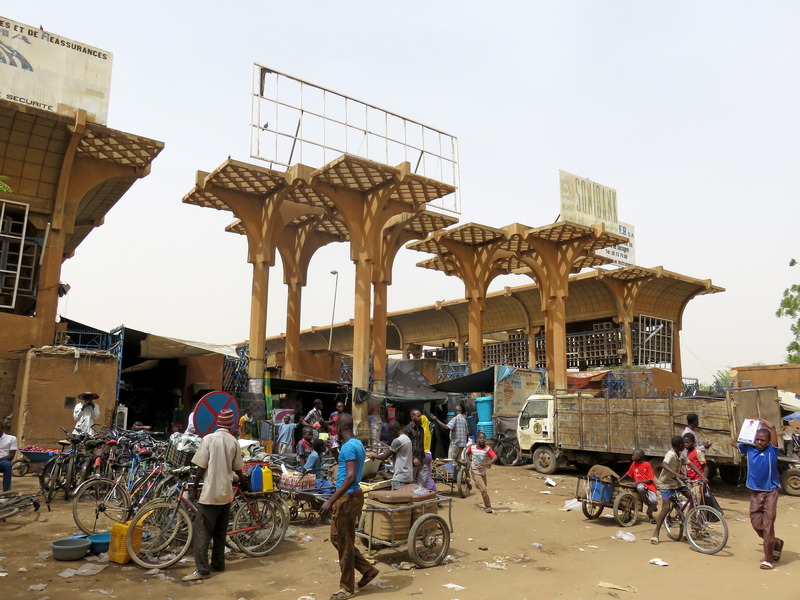 Niger's capital and biggest city is wonderfully laid back and hassle free. Even the central market is an almost chilled experience, and it's possible to walk through the narrow and colourful corridors without experience a single hard sell. Both the market and the city as a whole have a more Middle Eastern and Islamic feel to it than other Sahel capitals, like Ouagadougou or Bamako. It's also the most visible diverse city in West Africa. From the Tuaregs from the Sahara in the north to the Hausas no the Nigerian border and ethnic group in between, all still largely wear traditional outfits, which hugely differ from one another, making it a distinct ethnological experience to walk the city's streets.
> More African capitals 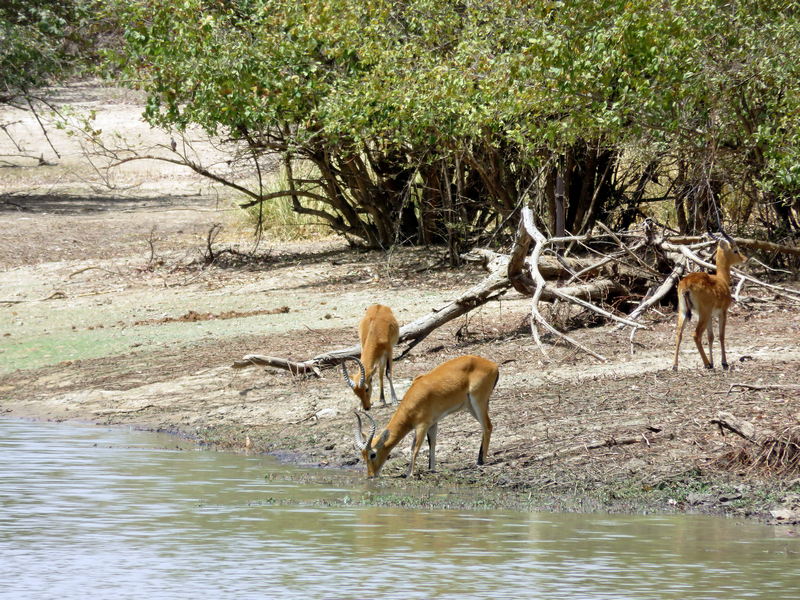 Named after a w-shaped bend in the Niger River and extends into large parts of Burkina Faso and Benin. The 2,200-square kilometre Nigerien part of the park is home to elephants, hippos, buffaloes, baboons, warthogs and numerous types of antelope. Here's also lions and leopards roaming the park, but they stay well hidden from visitors' eyes. In general, it's one of the better parks in West Africa and well worth a visit. While you'll need your own wheels to visit, the Nigerien part of Parc du W is easier accessed than its Burkina or Benin counterparts. The park can be reached on a day-trip from Niamey, but it's much more worthwhile to visit overnight as animal sightings are likelier during dusk and dawn when the scoring sun has retreated, and the animals leave their shady hideouts.
> More national parks in Africa
> More safaris
> More UNESCO World Heritage Sites, Africa 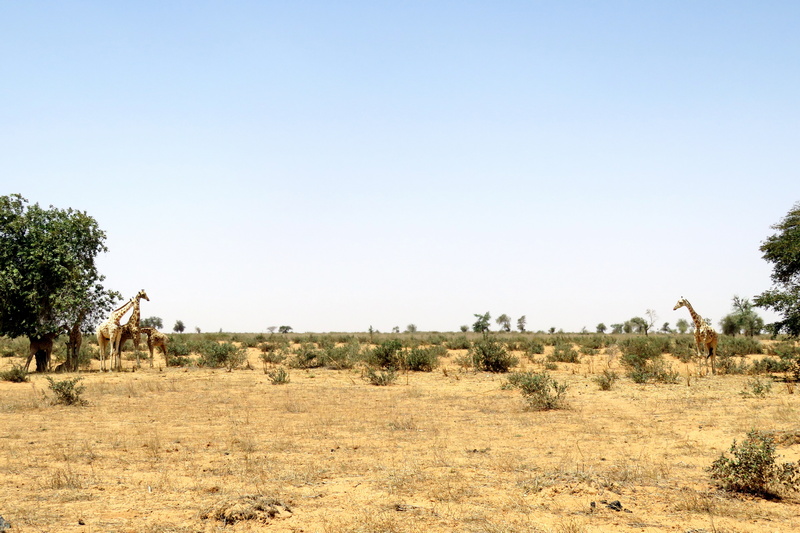 Just shy of 500 giraffes live in a large area south-east of Niamey. While all these are considered part of the same herd, they roam around on the dry savanna in smaller groups. These are the last giraffes left in West Africa, luckily, they now live in quiet harmony with the semi-nomadic human population in the area. In fact, the harmonious conditions between humans and giraffes have made it possible to approach the majestic animals on foot. While it's not feasible to get into clapping distance, the giraffes are easily let curious visitors observe them from up close. Rangers based in the village of Kouré are happy to take tourists to see the giraffes.
> More safaris