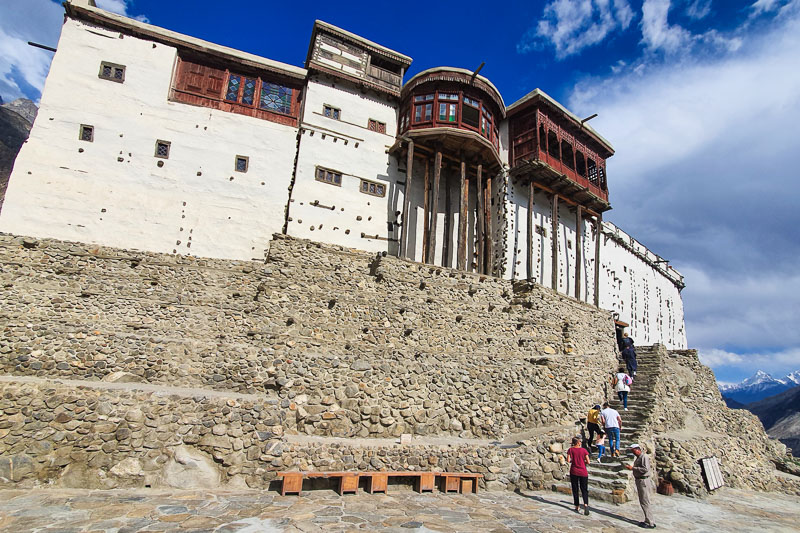 The town of Karimabad was named Baltit, when it was the capital of the ancient Hunza kingdom. Today, there are still two old forts, Baltit and Altit, dating back to the kingdom. The royal family first lived at the Altit fort for nearly three centuries before they moved to Baltit fort. The royal family abandoned Baltit in 1945, but both forts have been renovated recently (partly sponsored by Aga Khan). The small neighborhood around Altit fort is really charming and worth a walk.

Between Astore and Skardu 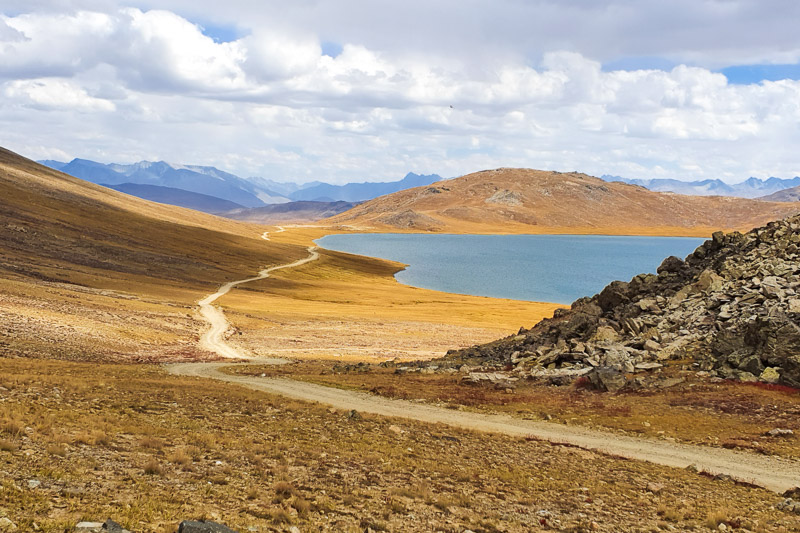 The Deosai plateau range from 3,500 m to 4,500 m, and is the second highest in the world. The national Park is home to both Snow leopards, Himalayan Ibex and Himalayan brown bears, though you will probably just see Himalayan golden marmots. Besides the beautiful alpine landscape, Sheosar Lake and the high altitude road pass at 4,180 m are the main attractions.
> More national parks in Asia 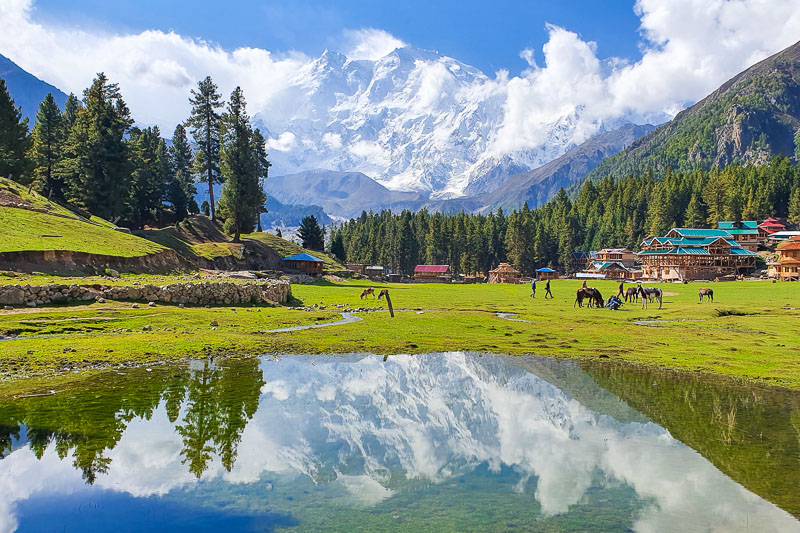 Fairy Meadows is considered by many Pakistani to be the most beautiful place in Pakistan. The lush valley is surrounded by snowcapped mountains with a gushing river at the bottom. Getting here is half of the adventure. First you take a hair rising jeep trip along a bumpy rock road, which clings to the mountain side and with deep scary drops. When the road ends you have a two hour up-hill hike ahead of you with views that just become better and better until you have panoramic views of Nanga Parbat (8,126 m). Fairy Meadows itself has a bit of Klondike feel with all the construction of new cottages and guesthouses (all made by hand in timber). From Fairy Meadows there good trekking options, one leading up the Nanga Parbat Viewpoint (3,703 m) through the settlement at Beyal Camp (3,560 m), which can be extended to the base camp (3,860 m).
> More trekking 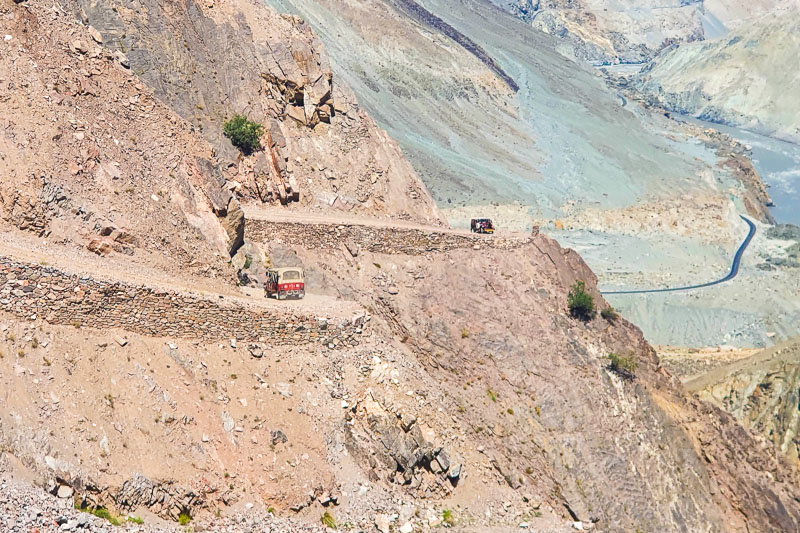 To get to Fairy Meadows you have to take a jeep from Raikot Bridge. The 16 km long rocky road is probably one of the worst roads you are ever going to take. The condition is ranging from bumpy to just horrendous. Sections cling to the mountain side, just supported by rocks laid by man through decades of improvement. At the most narrow sections you have free view from the jeep of the steep drops. Even though you hold on tight, you will be shaken and thrown around throughout the 60-90 minutes ride.
> More road trips 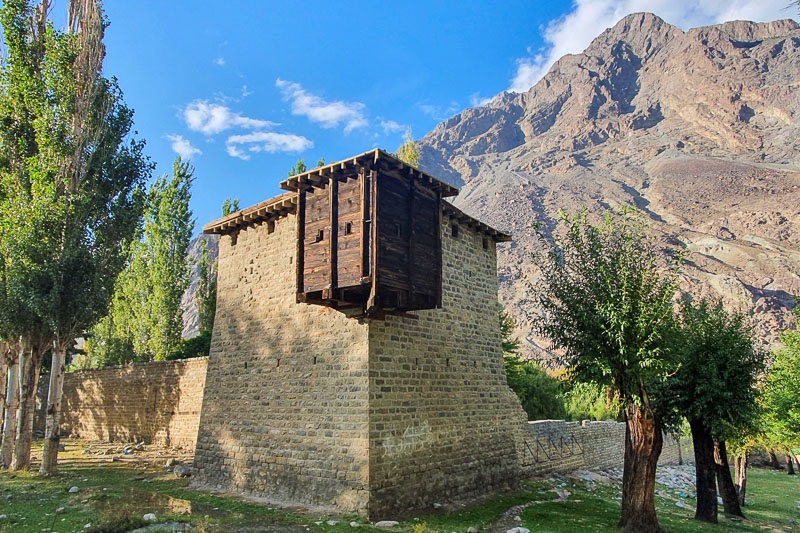 Built by the army of the Kashmir Kingdom in 1894. Contrary to other forts in the region, which are perched on hill top, Gupis fort is placed on the riverbank. Its main purpose was to house troops on their way from Gilgit to Chitral. 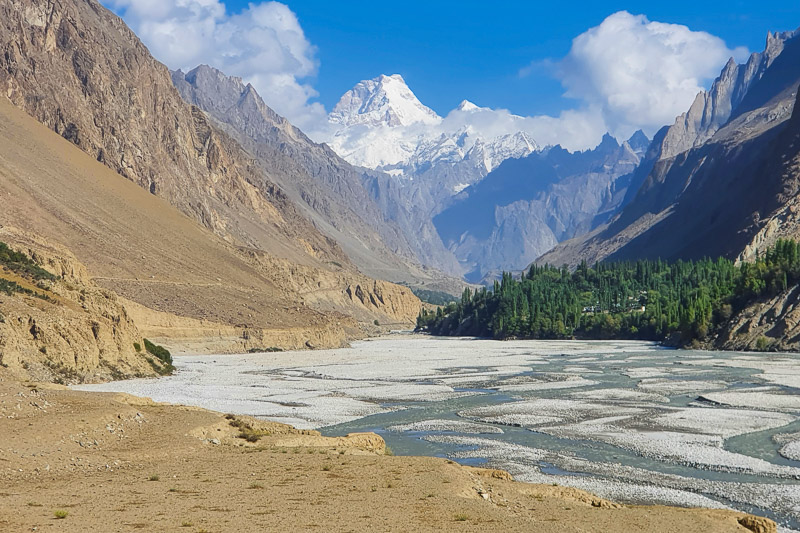 Hushe Valley is the gateway to K2 (8,611 m), however you can't see K2 from the valley, but the views of the Masherbrum massif (7,821 m) are spectacular. The K2 base camp is several days' hike away, but most trekkers will spend about 14 days for the return hike to the base camp. Hushe Valley is literally the end of the road, and you will cross several wooden bridges just wide enough for your 4x4 (which is necessary). Hushe Valley will usually be visited on a day trip from Khaplu, but there are guest houses.
> More mountains
> More trekking 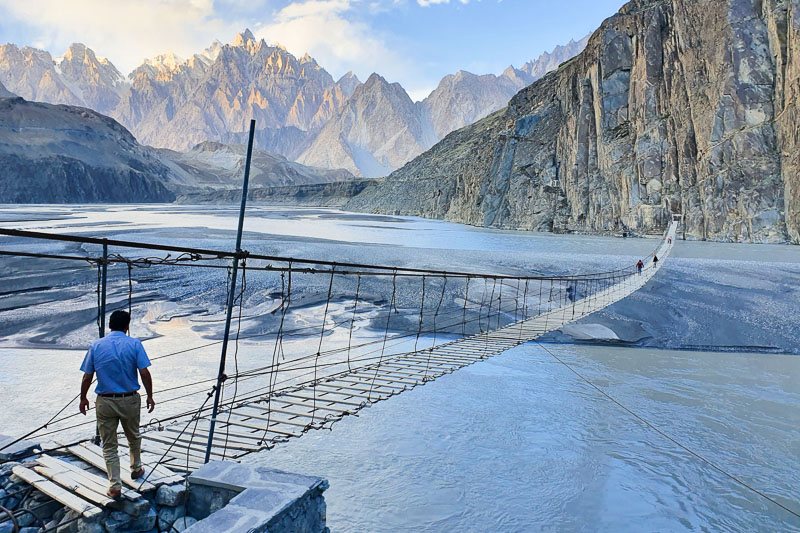 Hussaini Suspension Bridge is a great sight for the daredevils. The suspension bridge is 193 m long and 43 m at the highest point. There are big gaps between the planks, but you can hold onto the wire. Though the bridge has been improved, be very careful for visitors have still fallen in and died 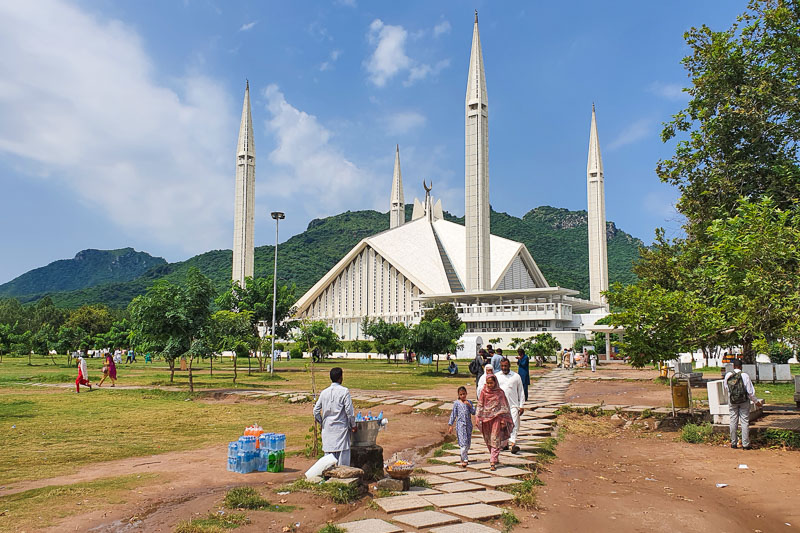 Islamabad is one of those planned capitals, which was designed from scratch. Up until 1967 Karachi in the far south was the capital, but for various reasons they picked a new location. Islamabad is beautifully nested at the foot of Margala Hills and is known for its wide boulevards and green parks. Islamabad seems like a very livable and easy-going city, particularly for a capital. However, for the traveller it lacks the edge and charm of cities with a long history, like Lahore. The list of sights in Islamabad is fairly shot and contains; Pakistan Monument, Lok Virsa Heritage Museum, restored village of Saidpur, and Faisal Mosque (pictured).
> More Asian capitals
> More great mosques 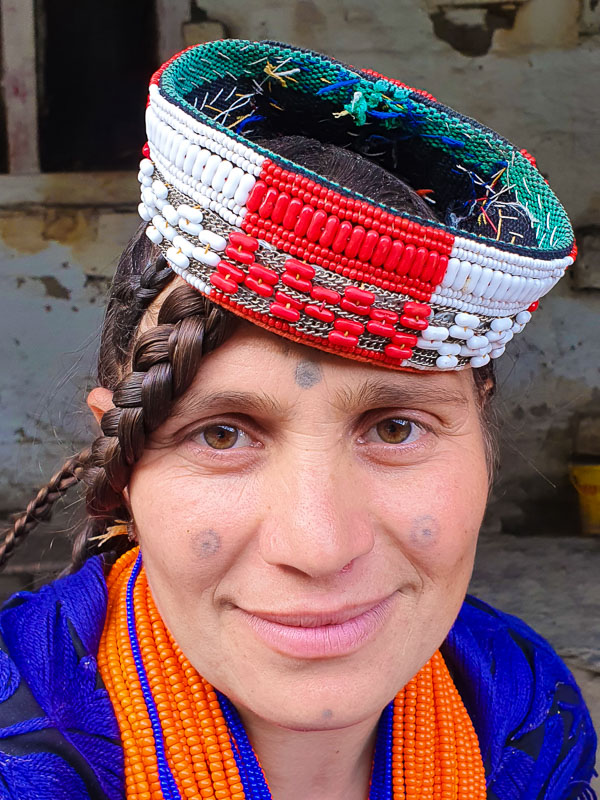 The fascinating Kalasha Valleys are inhabited by the ethnic Kalasha people. They are not Muslims, but have their own pagan belief (though many have converted to Islam recently). They have distinctly different facial features (as they are descendants of Alexander the Great's armies) and the women's traditional dress is particularly colorful. The beautiful valleys are narrow and shaped by the fast flowing Kalasha river. The hill sides are dotted with fields and houses built in stone and wood. There are three main villages, Bumburate (biggest one with too many guest houses), Rumbur (most traditional one), and Birir (the smallest one), all with guest houses. Even though the valleys has been visited by domestic tourists for ages, the people are still surprisingly friendly. However, it's best to explore the villages with a local guide. The journey to get here is also a bit of an adventure, since the 4x4 road is absolutely crap and single track, even though the traffic is two-way.
> More tribes 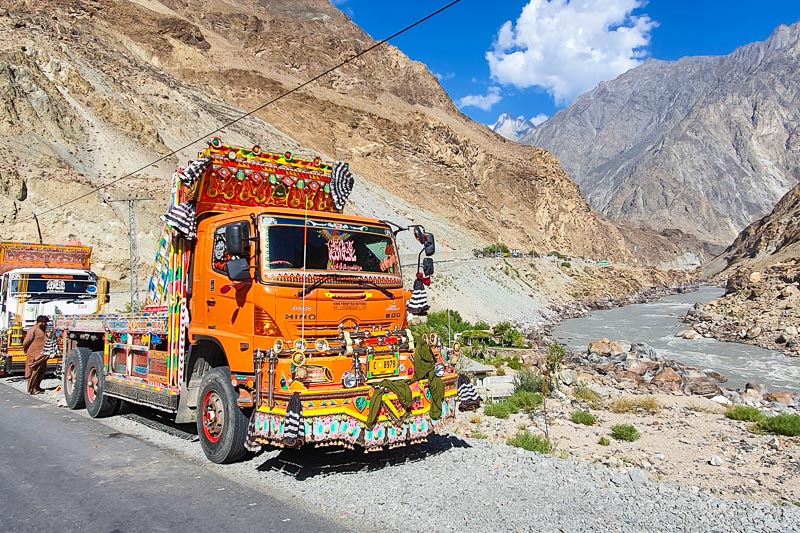 The famous Karakoram Highway (N-35) starts at Hasan Abdal in the Punjab province and winds its way through the high mountains of Pakistani Himalaya until it reaches the Khunjerab Pass (4,730 m) and the Chinese border 1,300 km away. It follows a branch of the ancient Silk Road, and was built by blasting into the mountain sides during the 1960s and 70s in collaboration with China. Today it's an attraction itself and the gateway to even more adventure in the valleys it connects, where Hunza Valley is the centerpiece of KKH.
> More road trips
> More Silk Road
1 2 3