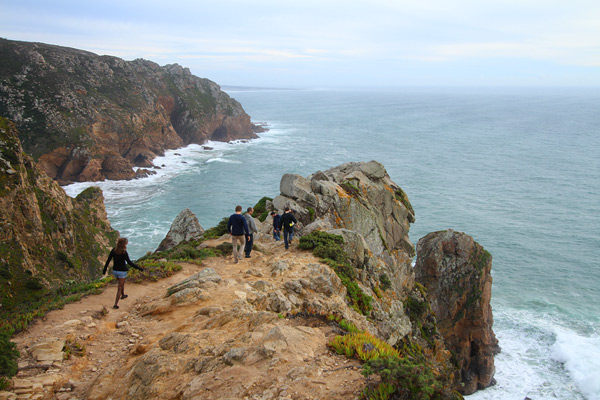 Cabo da Roca is mainland-Europe's most western point (Europe's most western point is on the Azores). If you set sails from here and go straight west, you will end up in Delaware, USA. However, that never happened during the famous sea exploration era in the 15th and 16th centuries. Instead, the Portuguese discovered Brazil, several Atlantic archipelagos like the Azores, Madeira and Cape Verde, explored parts of the African coast and established trading routes to India, southern Asia, and even got as far as China and Japan.
Cabo da Roca is a popular stop for sightseeing tours, so if you want to escape the crowds, head south of the monument. A trail continues along the cliff edge with amazing views of the coastline - just watch where you are going, it's a long way down.
1 2