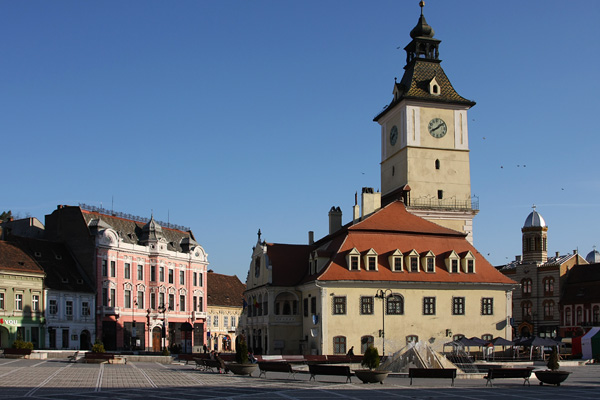 Brasov is a beautiful historical town surrounded by steep mountains on three sides. Its groomed old quarter attracts pretty much any tourist that comes to Romania, and the city even sports a Hollywood-style sign up on one of the mountain slopes. Nevertheless, it is still a lovely city to stroll around in and take day tours, like one to "Dracula's castle" in Bran. 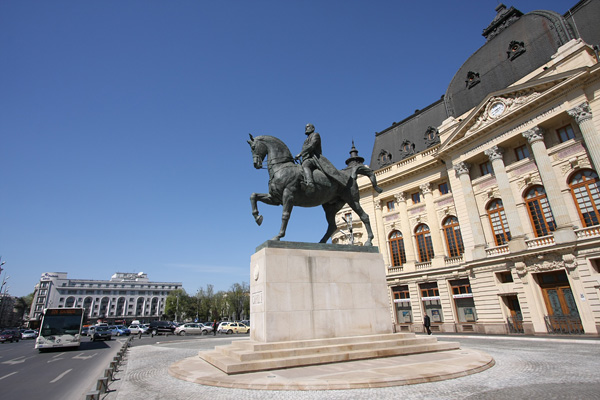 Bucharest is Romania's buzzing capital with more than 2.1 million inhabitants. The streets are choked with traffic and sidewalks are patrolled by stray dogs, but it still is a fascinating place. One part was totally redone by dictator Ceaușescu inspired by North Korea's capital Pyongyang, and is an architectonic masterpiece in neo-Stalinistic city design that only dictators can come up with. The crown jewel from that period is of course the Palace of Parliament, the second largest building in world only beaten by the Pentagon, USA. Another part of Bucharest, and probably more enjoyable, is the historical part, the one that Ceausescu didn't managed to demolish. Here you fine grand old buildings, big squares, manicured parks, interesting museums and flashy shopping streets - along with cafes, bars and surprisingly many pizzerias.
> Photo gallery
> More European capitals 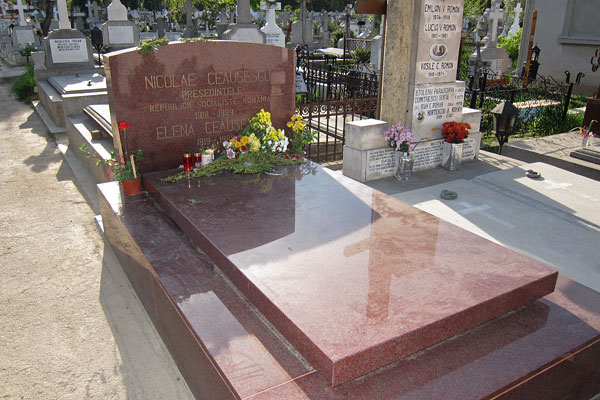 Nicolae Ceaușescu (1918-1989) was Romania's dictator until 1989. After an ultra short anti-communist/Ceaușescu-cult revolt in Bucharest, he and his wife Elena fled the city by helicopter but were cornered by the army and executed on Christmas Day (December 25th) by a military firing squad after a short trial. Pictures of the bodies of the elegantly dressed dictator couple went around the world as a symbol of the collapse of Communist Romania. Today, the graves of Ceaușescu and wife can be seen at the Ghencea cemetery in the outskirts of Bucharest. The new marble tomb is strangely decorated with fresh flowers and candles left by those who apparently still regard the dictator couple highly.
> More dead statesmen 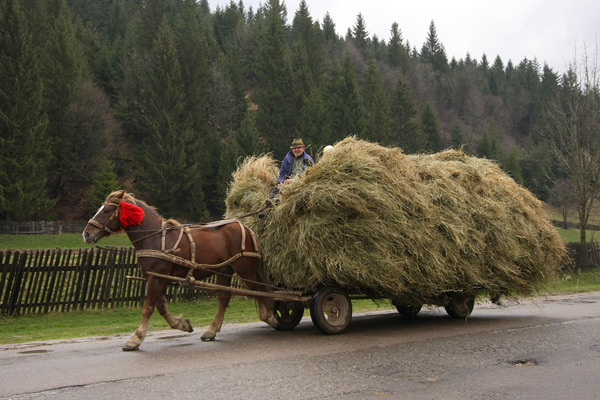 A trip to the countryside in Romania is a wonderful confirmation of ones prejudice that Romania is a country stuck in the Middle Ages. Here, people do plough with ox and the roads are mainly used by horse carts, but then you see a Mercedes in the driveway to a small traditionally decorated farmhouse. But it is great to see the real Romania - just wander around, pop your head in at the local store, visit the local church, and catch a ride with whomever passes by. 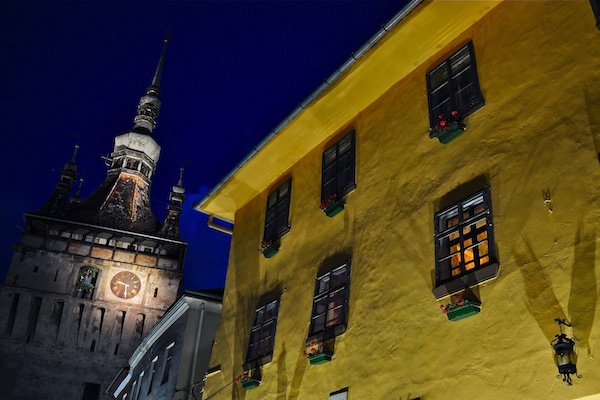 There are few literary characters that have had a more profound impact on western civilization than Bram Stoker's Dracula. While Dracula was a work of fiction, Mr Stoker had to get his inspiration from somewhere. Enter Vlad Țepeș III, Prince of Wallachia, member of the house Drăculeşti. While it can be tough to differentiate where the real life of Vlad the Impaler ends and the character Dracula begins, one thing is for darn sure: where he was born. The town of Sighisoara itself is a major attraction, but the chance to check out the house where 'Dracula' was born in 1431 is otherworldly. Perhaps the ice cream shop that now graces the entrance-way may not seem scary at first... ok it's not scary at all, but the legend certainly is! 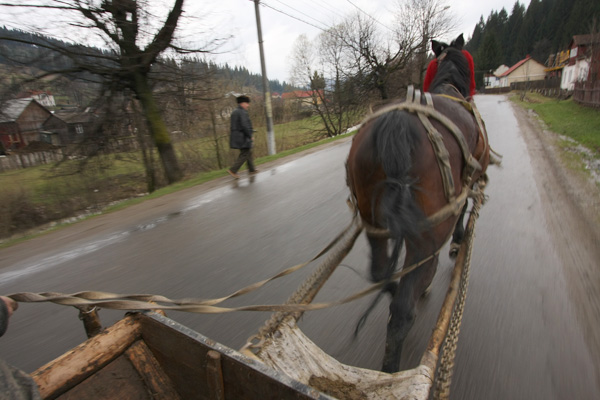 Though local transportation in Romania is quite extensive and cheap, you might need to hitch a ride to get to places in the countryside. Luckily it is very common to hitchhike in Romania and everybody does it. Anything from a speeding black BMW to a horse cart will pick you up, and it's a great way to meet the locals and have a chat, even if they only speak Romanian. It is expected that you pay for the ride - just offer what is equivalent to a bus ticket. 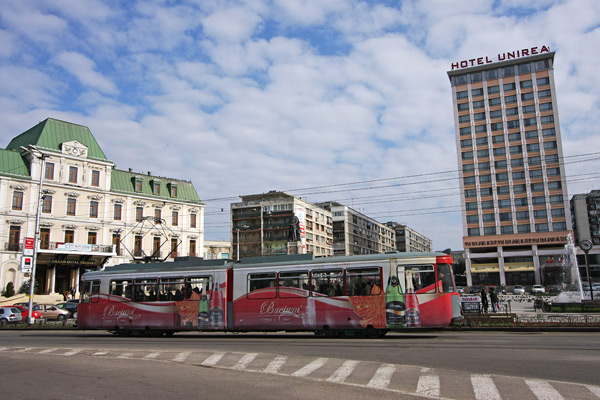 There is no particular reason to come to Romania's second-largest city Iași, unless you are on your way to or from Moldova. But if you do drop by, the city will be a nice surprise. Iași (pronounced yash) has been the capital of Moldavia (an old region, not to be mixed up with the country Moldova) for more than 400 years and is a wonderful mix of new and old. There are grand parks, wide boulevards, old buildings and the usual collection of concrete, but best of all, it boasts 13 universities which are the source of the vibrant city life. 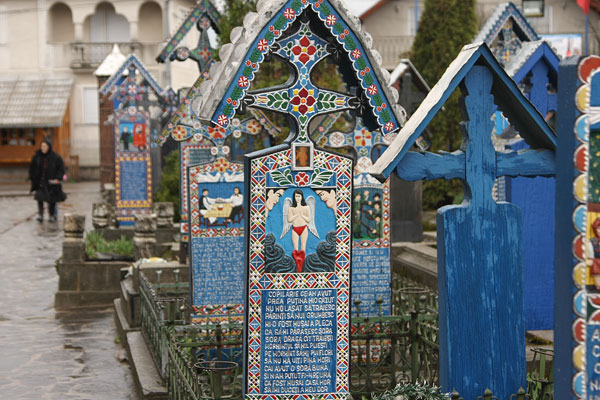 In 1935, a local wood carver started to make artistic crosses for the local graveyard in the small town of Săpânța. He succeeded turning the otherwise sad symbol into a cheerful monument by painting the crosses in bright colours and pictured the deceased in either their occupation or what they liked to do (which could be drinking). A funny poem or a small story from the deceased's life is carved under the picture and is often written in the first person, as if the deceased himself/herself were telling the story. Other stories on the crosses describe how the person died and one even warns visitors not to wake up a dead mother-in-law. When you see some of the pictures among the 800 crosses, you wish you could read Romanian.
> Photo gallery
> More burial customs 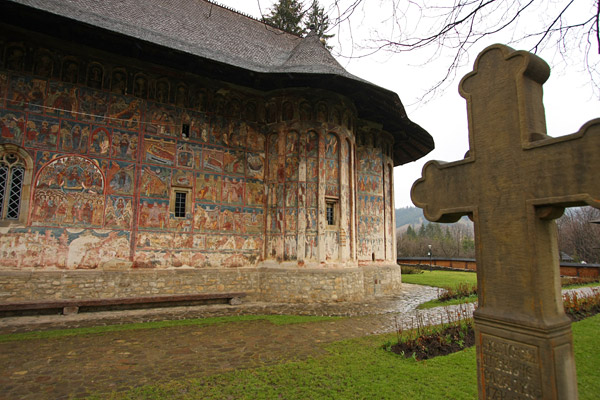 Humor monastery and its frescoes date back to the 16th century and is on now UNESCO's World Heritage List. The exterior frescoes depict the Last Judgement, Holy Virgin, St. George and the besiege of Constantinople. The interior is equally colourful. Even though it lies a long walk from Gura Humorului town, it is one of the most accessible of the painted monasteries.
> More great churches
> More UNESCO sites, Europe 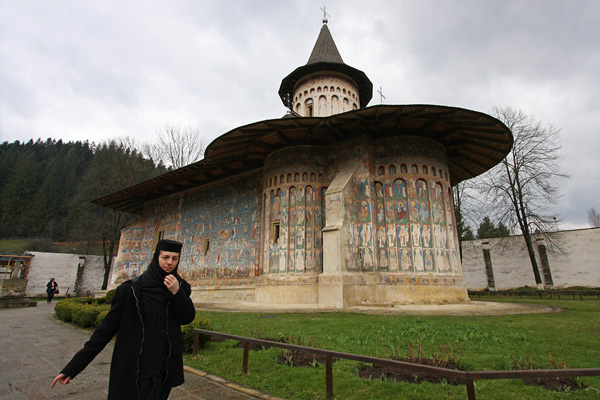 The monastery at Voronet is another painted monastery reachable from Gura Humorului. It is considered one of the most beautiful ones due to the detailed frescoes depicting the Last Judgement, Genesis all the way from Adam and Eve to Cain and Abel, the family tree of Jesus, along with stories of less famous saints. The monastery was built in the late 15th century, while the frescoes were added later in the 16th century. The vivid blue that was used has become so famous that it is now called Voronet blue among art historians and guidebook writers. Voronet monastery lies even further away from Gura Humorului than Humor monastery, and in the opposite direction. Voronet is also on UNESCO's Heritage List.
> More great churches
> More UNESCO sites, Europe
1 2