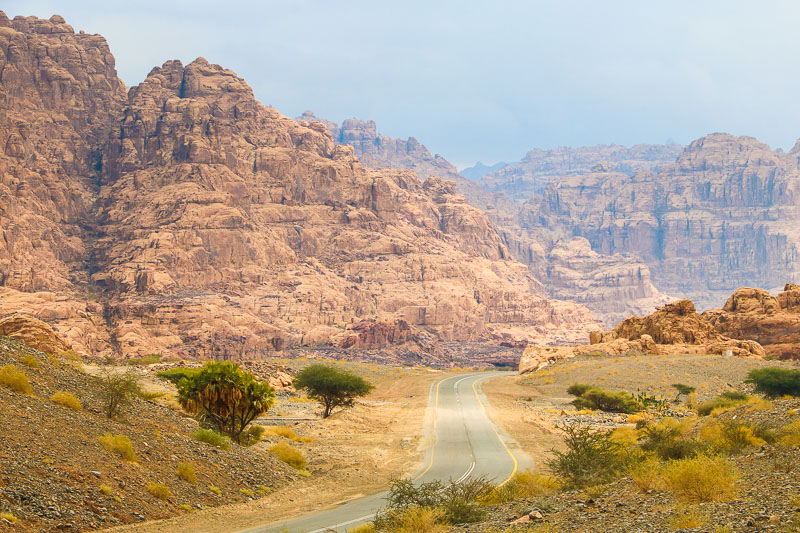 The Al Disah Wadi is really something, but you need a proper 4x4 to drive through it. However, the landscape in the area is so breathtaking, that a trip in a normal car to Al Disah (and back the same way) is well worth the effort. The wadi can be accessed from both the east and west, this is what you can expect of the east route: Along the main road (8900 on Google maps) the stunning mountain scenery is like straight out of a wild west movie, but it gets even more dramatic when turning off to Al Disah (8788 on Google maps). As soon as the road climbs over the mountain ridge, your entire view will be filled with the several hundred metres high cliffs of the wadi. There is good tarmac all the way to the bottom, where it suddenly ends in sand and rocks. The proper entrance to the wadi is a few kilometres further in.
> More road trips 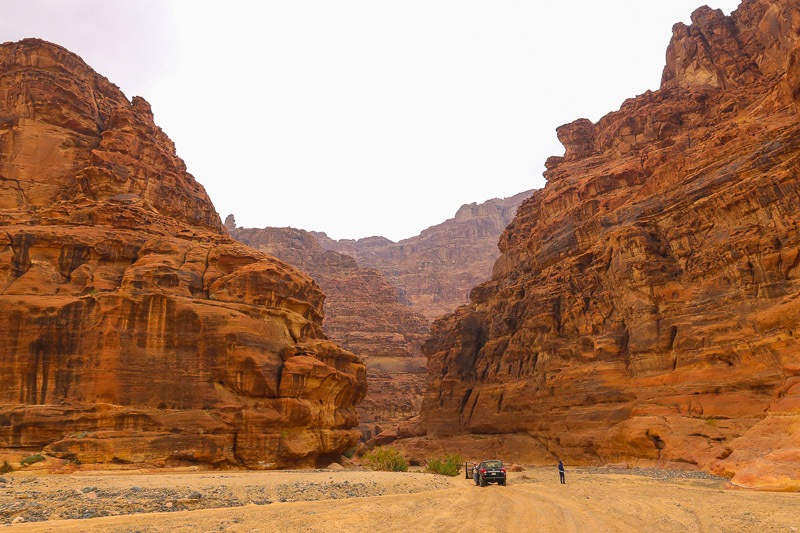 The 15 kilometres long wadi is one of Saudi Arabia's natural wonders. It's a narrow canyon, which zigzag through a sandstone massif, where the sheer cliff sides are over several hundred metres high. The wadi runs from east to west, where it ends at the town of the same name. The road to Al Disah passes through some of the most beautiful mountain scenery Saudi Arabia has to offer and is a sight of its own. The road has good tarmac all the way to the bottom of the canyon, but from here you need a proper 4x4 to drive the sandy track through the wadi. 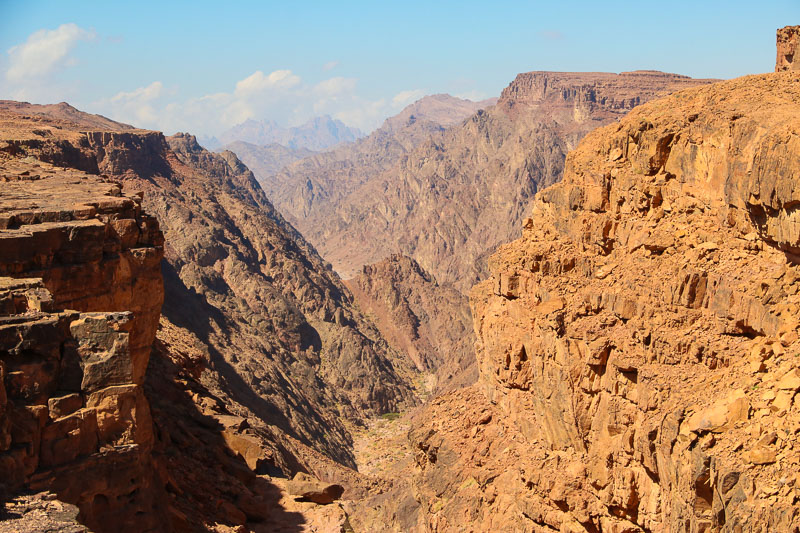 Nothing can prepare you for the mind blowing feeling, when you stand on the edge of Al Shaq. The canyon starts as a wadi which suddenly cracks open into a deep canyon. As you follow the edge (we took the south edge), the canyon gets wider and deeper, with even more amazing views. Unless you have a proper 4x4, which can drive in sand and over big rocks, you have to park at the highway and walk about 1.5 hour in. Thankfully, you can actually see the canyon from the highway as a small crack in the horizon between mountains. 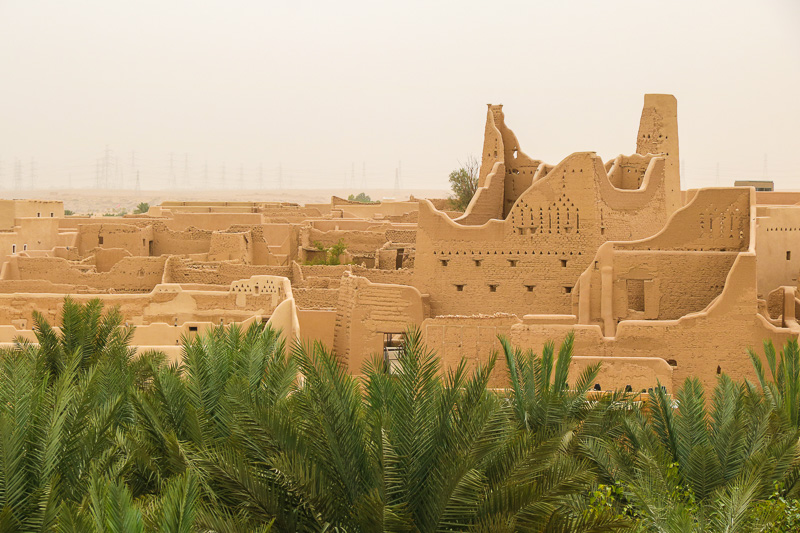 Ad Diriyah is the original hometown of Saudi royal family and was the first capital of the Saudi Dynasty. Today the town is located in the outskirts of modern Riyadh.
One historical district of Ad Diriyah is Al Turaif, which overlooks the oasis and palm gardens of Wadi Hanifa. The mud-brick ruins have made Al Turaif a UNESCO World Heritage site. There are remains of historic palaces, a mosque and other buildings. The restoration started in 2011 and is still on-going, but the whole area will transform into a large open air museum. 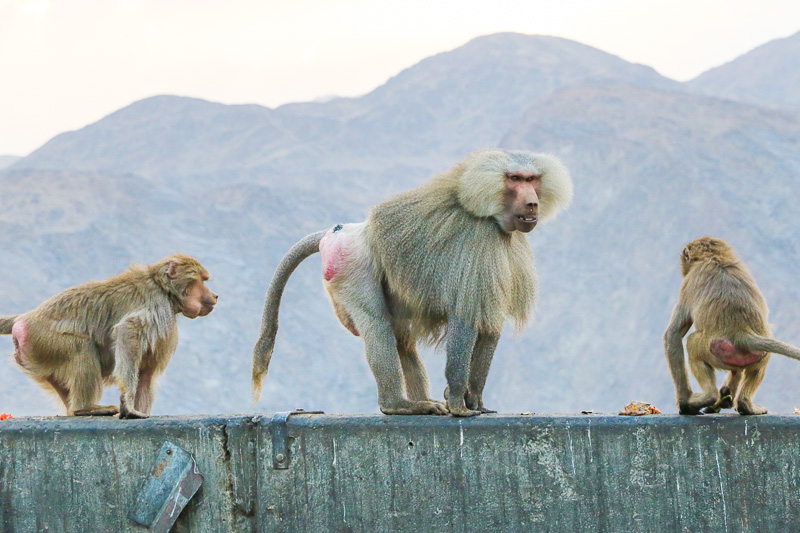 The mountain range in the Asir region is home to hamadryas baboons. The easiest way to see them is probably at the rest stops along the mountain roads. Here troops of baboons patrolled the parking lots in their search for an easy snack. They are used to get food from people, but judged by the size of the males' fangs it seems like a risky business to hand-feed them. 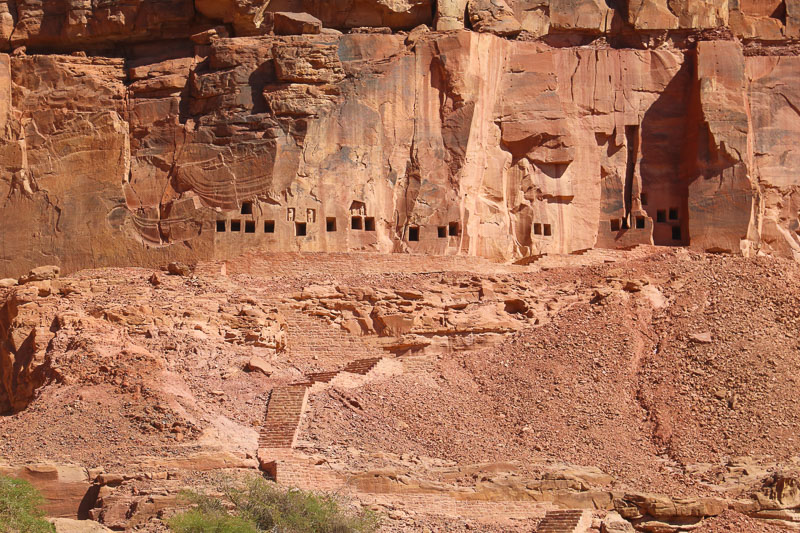 Not far from the tombs of UNESCO World Heritage listed Madain Saleh is the leftover from another ancient kingdom. The Dadan Kingdom predates that of Madain Saleh with several hundred years. Since the modern city of Al Ula probably is built on top of the ancient city of Dadan, not much is visible today. The archaeological site is located at the foot of the red sheer cliffs. The most fascinating are probably the square-shaped tombs, which were dug into the cliff face probably around 5th century BC.
> More burial customs 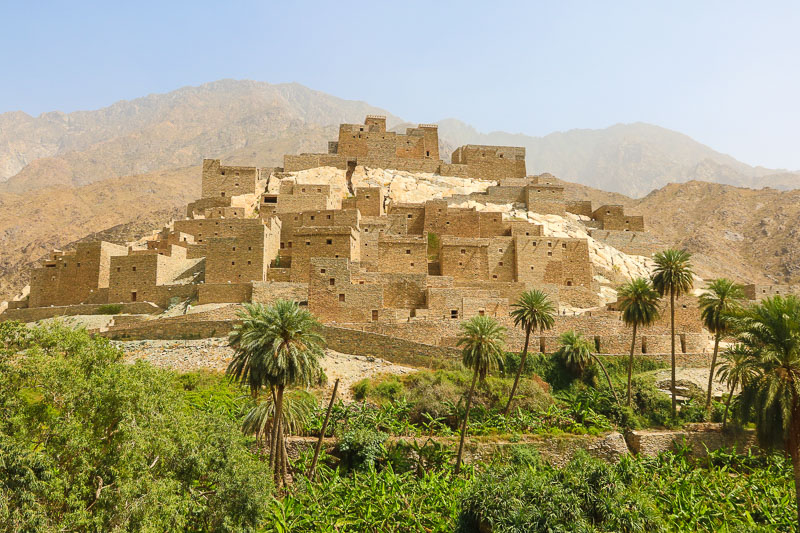 This 400-year old historical village is just stunning. Multiple-story houses cascade down a hill of marble on a backdrop of towering mountains. A lush oasis at the foot of the hill adds further contrast to the white marble. The village was abandoned around 30 years ago, but has recently been restored. The road to Dhee Ayn is as breathtaking as the village itself. The twisting mountain road from Al Bahah offers views down the valley at every turn, and ruins of ancient towers dot the way.

Edge Of The World 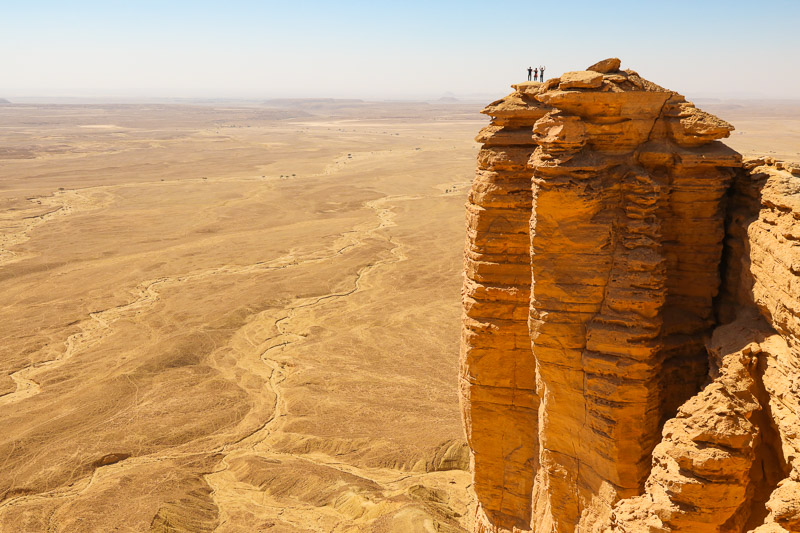 The barren plateau breaks off into a 300 metres deep drop at the Edge of the World (Jebel Fihrayn). Some of the towering cliffs are almost vertical with breathtaking views over the desert below. There are several hiking trails to spectacular viewpoints, one more dramatic than the other. The sight has received quite a hype, since Saudi Arabia introduced tourist visa. There are two routes; the most popular is via the Acacia Valley and is only open during the weekend (Friday and Saturday) and the weekday route via the Sadus Dam, which are open at all times. Both roads are rough dirt roads, so don't try in a low-clearance car. 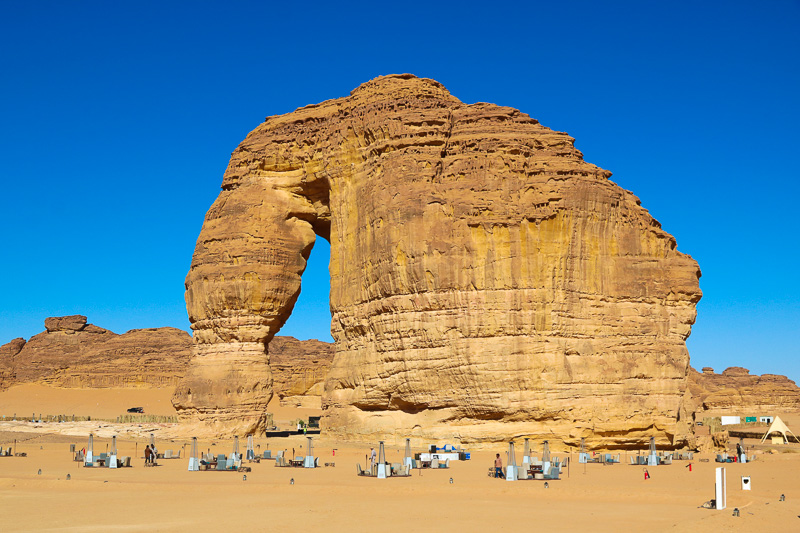 Elephant Rock is exactly what the name suggests, a rock which looks like a giant elephant resting its trunk on the ground. It's a popular site in the evening, when the light is soft and warm. Though the last bit of the road is in sand, it can be done in a normal car without problems. The picture is taken during the winter festival, where an event took place, so don't expect coffee tables if you come at other times.

Hunting with falcons is popular in the Arabic Peninsula, particularly in Saudi Arabia. One of the best markets for both falcons and gear is the Falcon Market in Riyadh. Falcons are not cheap and the most expensive can go for SAR 400,000 (more than than $100,000). The falcons in the shops are displayed with hoods on so they sit quietly. The shop owners are nice and welcoming, even for curious window shoppers. There are two locations for the Falcon Market, which are separated by a road. The open-air market, which might be in use or not, and the proper shops, which are located at the ground level in the big parking building across the road. The season for hunting and falcon shopping is the winter months November to February.
> More local markets
1 2 3