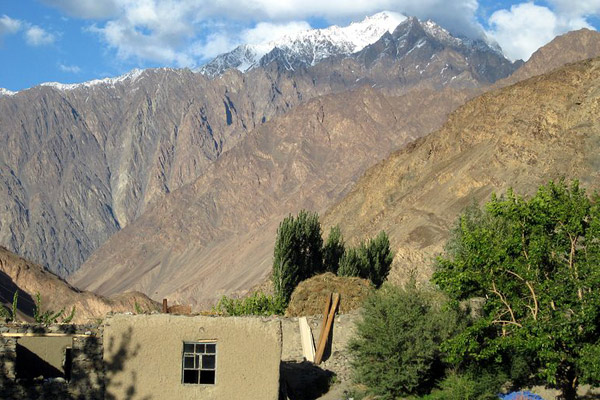 The Bartang Valley is so narrow at points that it might better be called The Bartang Canyon. A river crashes through the valley floor and the mountains rise straight up out of its banks. The few stretches of flat land between river banks and mountains usually host small villages and are vibrant green with cultivation, contrasting to the barren browns and reds of the rock walls around them. A narrow dirt track runs through the valley but is sometimes washed out by flooding, leaving villages only accessible on foot. As with much of rural Tajikistan, no public transport comes here so your options are hitch hiking, private vehicle hire, walking or, if you speak some Russian and are willing to wait a couple of days in the town of Khorog, finding a space in a shared taxi. The people of Bartang are spectacularly hospitable and you may well be invited into their homes. Houses are still built in traditional Pamiri style. A village elder is consulted about which pillars and beams must go where and the completion of various parts of the house requires animal slaughter and feasting. 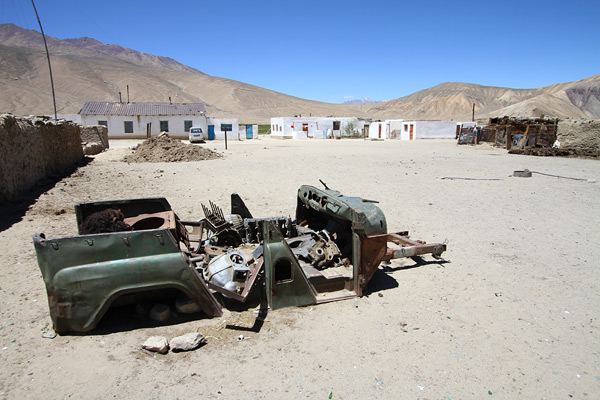 Bulunkul village is a great little side trip from the Pamir Highway, no matter which route you're taking (M41 or south route). The village looks like the film set for an apocalypse movie. A handful of whitewashed mud houses with piles of junk and old cars here and there. The dust and harsh weather (blistering hot in summer and painfully cold in winter) just add to the "end of the world" feel. For those who don't find these kind places fascinating, there are a couple of pretty lakes nearby, including the jade green YashilKul.
> Pamir Highway guide 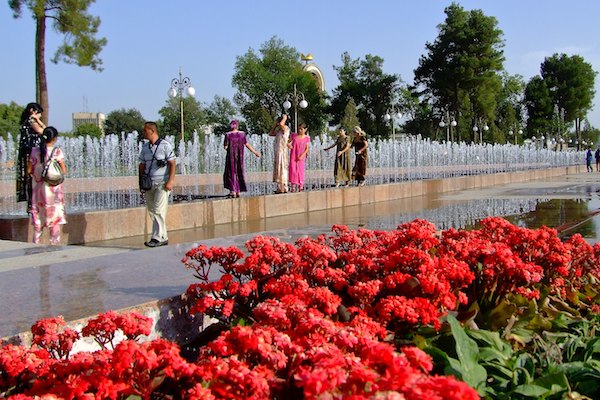 For some, the only real reason to stop in the Tajik capital of Dushanbe is merely transport logistics. Truth be known, a visit here is almost inevitable. But as opposed to skipping through as quickly as possible on the way to someplace "better", the city could do with a couple days visits. Arguably the best thing to do is head to any one of the numerous parks in town. People-watching is spectacular as locals congregate for an afternoon stroll. But with a number of museums, monuments and other such tourist favourites, the city is more than just a place to get an airplane ticket or stock up on visas.
> More Asian capitals 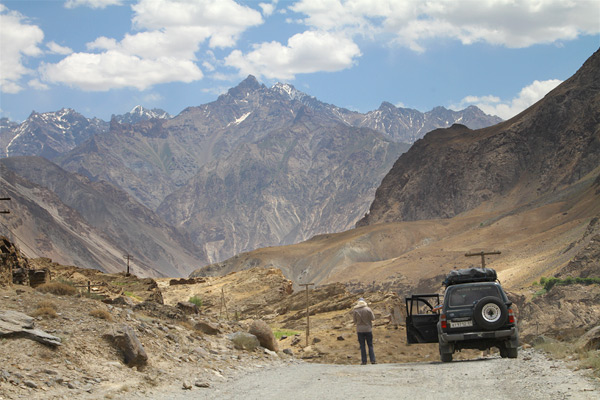 Disclaimer: Some consider this route (or the northern direct route along M41) a part of the Pamir Highway.
> Pamir Highway guide
> More road trips

About 53 km from Khorog on the way to Ishkashim 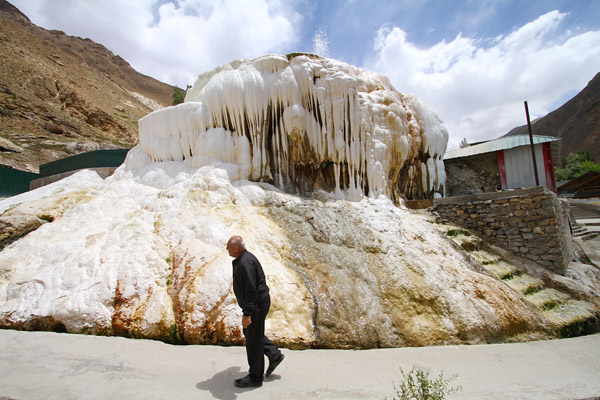 If you expect a beautiful setting with a natural rock pool, this hot spring might not be for you. Garam Chashma is a strange health spa for locals, particularly for those with skin problems. Men and women each have their open air pool separated by a natural “mud wall”. Warm spring water splashes into the pools where people sit naked and soak. Some rub mud all over their body and then dry in the sun, not something you necessary find appealing after many days on the dusty road.
> Pamir Highway guide
> More natural hot springs 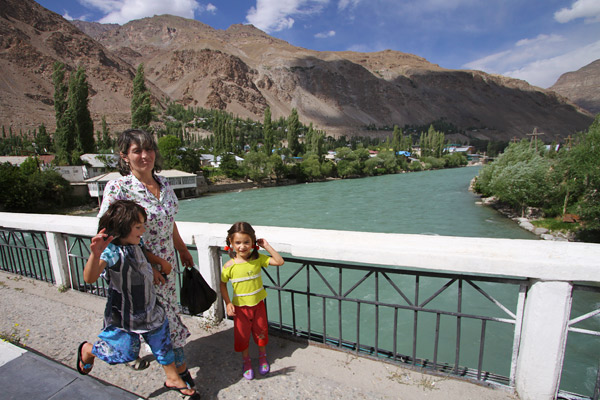 Though Khorog is the regional capital of Gorno-Badakhshan (GBAO), it's no bigger than a small town. It's nicely nestled in a valley, stretched along Gynt River which cuts the town into two parts. The downtown area includes a few banks, shops, a well-stocked bazaar, a lovely green park and a very useful tourist information office (PECTA). Since Khorog is the starting (or ending) point for the Pamir Highway, it's a natural traffic hub for the whole region and a meeting place for travellers going in any direction.
> Pamir Highway guide 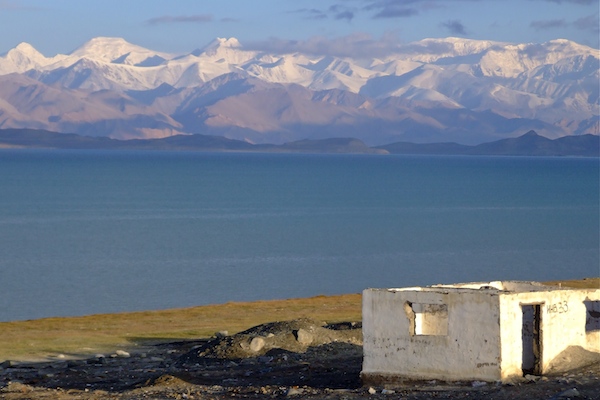 Located in the remote far east of the already remote Pamir region of Tajikistan, the tiny village of Karakul would, under any other ordinary circumstances, probably go completely unnoticed by travellers. However, Karakul is anything but ordinary. It is the village's location on the shores of Lake Karakul that makes a stop here almost mandatory for anyone passing through the region. With the magnificent Pamir Mountains reflecting in the pristine lake waters, it is an image almost too good to be true. If you then throw in the fact that the only place to stay in town is in one of the tremendously charming local home-stays, a stop in Karakul is transformed from a "Might-as-well" visit to a "Must" visit.
> Pamir Highway guide
> More lakes 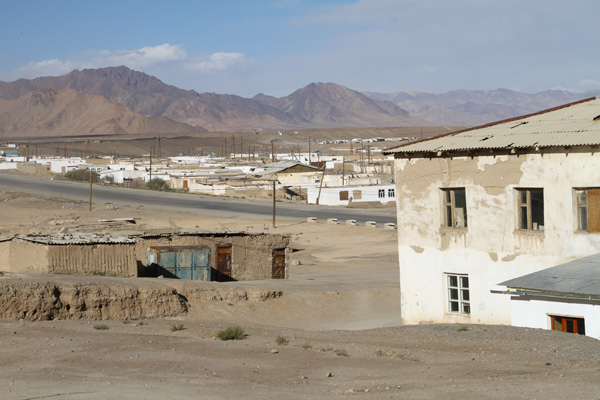 Murghab is a looong way from everywhere. It's beautiful located in a wide valley surrounded by red cliff in changing hue. But as pretty as the landscape is, as gritty is the town. There are no proper streets, just potholed dirt lanes and wheel tracks. Houses are worn out and the bazaar is a shanty town made up by old shipping containers. Although there is a tough vibe, it doesn't quite have the end-of-the-world feeling of Karakul and Bulunkul. It's a main stop on the Pamir Highway and a traffic hub for transport to/from Kyrgyzstan (and China when the border crossing becomes more mainstream).
> Pamir Highway guide

M41 through the Pamir 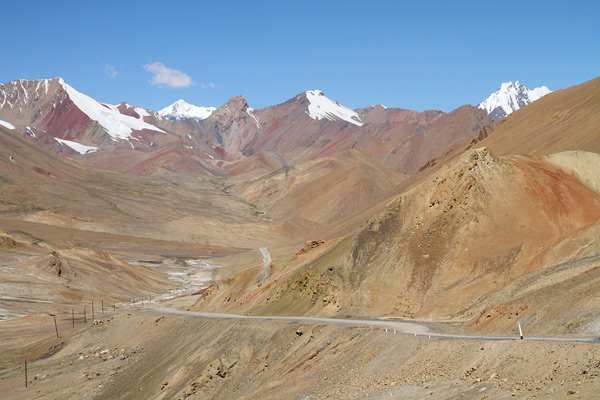 The Pamir Highway is one of those epic road trips. The "real" Pamir Highway is the section of the M41 that goes from Khorog (in Tajikistan) to Osh (in Kyrgyzstan) through Murgab. It is 730 km of high-altitude road in everchanging condition passing soaring mountain peaks, blue alpine lakes and nomadic settlements. The journey can be done in two days by jeep, but the there are lots of great detours (Bulunkul, Rang-Kul, Kara-Kul,...) and the scenery is just too pretty to rush through. These days, the southern route, which goes through the Wakhan Valley along the border to Afghanistan and joins the M41 near Bulunkul, has become a popular alternative with a handful of historical sights (like fortresses and petroglyphs) to break up the journey, close-up views of rural Afghanistan, and peeks of the impressive Hindu Kush.
> Pamir Highway guide
> More road trips 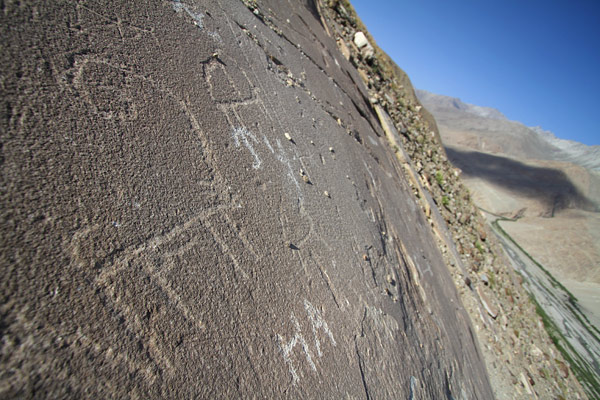