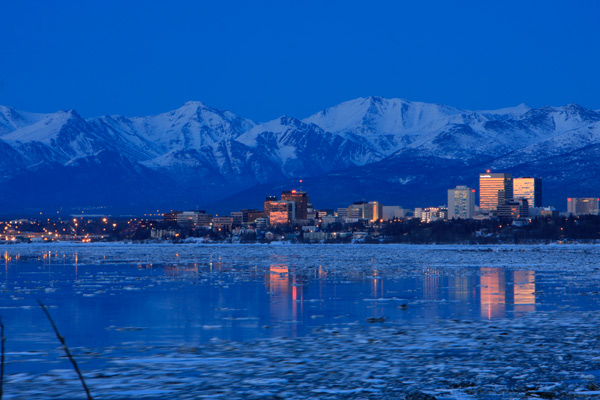 With only about 300,000 inhabitants, Anchorage is the largest city of Alaska. As it is often the case in the US, the largest city is not necessarily the capital (which is Juneau). There is not all that much to see in the city centre except for typical American things such as malls, restaurant chains, big cars, and numbered streets perpendicular to lettered roads. A must do is to go to the coastal trail. In the summer, you can walk or cycle, in the winter hike or cross-country ski. It gives great views of the "skyline" of the city, the surrounding mountains and bay and on a clear day you can even see Mt. McKinley (6,194 m or 20,320 ft.). 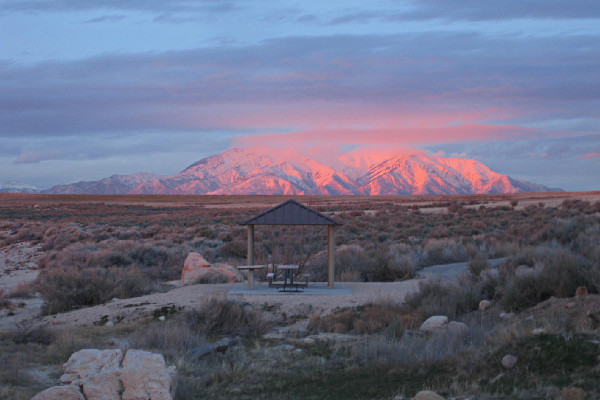 Believe it or not, Salt Lake City is actually situated on one of the biggest salt lakes in North America. Traditionally attracting tourists due to the large Mormon population, the salt lake contains a number of state parks with Antelope Island being one of them. Only recently a causeway was built that allows easy access from the outskirts of the city to the giant, hilly island in the middle of the salt lake. Surprisingly, antelopes are not the most populous animal on the island but Buffalo, with a heard of 800 residing on the island. There are also large bird colonies and smaller animals including mice and rodents that will get into your car at night if you choose to stay, which is possible. Make sure you close all opened food, as mice are not the best company while trying to sleep.
> More national parks in North America 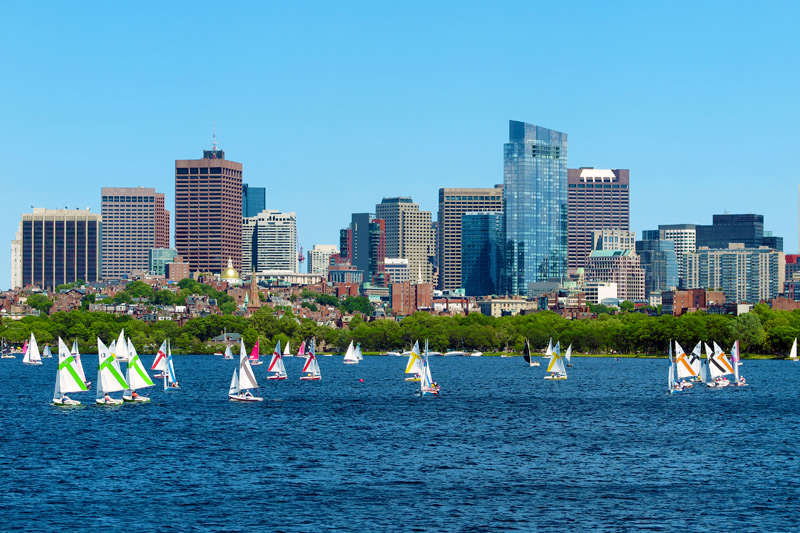 Most of U.S. big cities don't have that much to offer in terms of historical sights, charming neighbourhoods and green parks, but Boston got it all. Though it's one of oldest cities in the U.S. (founded in 1630), the vibe is young and progressive as it is an academic hub. There are 35 colleges and universities, including the renowned Harvard and MIT. As with most U.S. cities, each neighbourhood has its own flavour; North End, Charles Town, Beacon Hill, Fenway, Back Bay and Cambridge are some of the most interesting ones. Downtown is where the Freedom Trail starts. It's a walk which takes in a selection of historical monuments and old houses. For a lazy afternoon head to the green and leafy Esplanade which runs along Charles River. In summer you can sunbathing on the pontoon on the river or just bring your own hammock, if you want some shade. Another great thing that sets Boston apart from other U.S. cities, is that it's relatively compact and have an extensive public transportation system which include subway, buses, trains, ferries, and even shared bicycles.

© Johnny Haglund
Just north of the border between Arizona and Utah, there is a wonderful area filled with canyons and red rocks. Here, you'll find Buckskin Gulch. Apparently, it's the longest slot canyon in the world. It's about 32 km (20 mi.) long, and most of it is a narrow canyon where the walls in one place reach as high as 150 m (492 ft.) up on each side.
There are a few hazards, snakes and floods. Snakes you can always deal with, but the flood is worse. Always check with the nearby ranger station about the weather before entering. They can also give you lots of good information about the whole area. Most people park their vehicle at Wire Pass and walk from there.
> More trekking 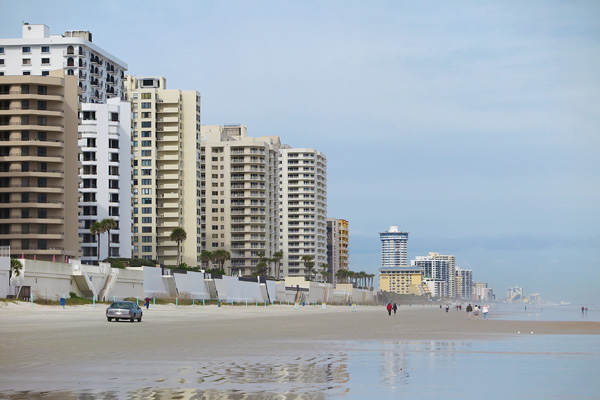 There are many holiday towns along the west coast of Florida, but Daytone Beach is one of the most famous ones. A long wide sandy beach with a equally long row of highrise holiday complexes are the main features. Beach driving is allowed and is one the things that have made Daytona iconic. Most of the year the town is favoured by retired seniors and families on vacation, but at spring break the place get cramped. Though Daytona no longer is as popular as it once was in 1980s, when more than 350,000 students came every year, it still manage to attract about 15,000 party-goers in the crazy week of spring break.
> More beaches, Americas 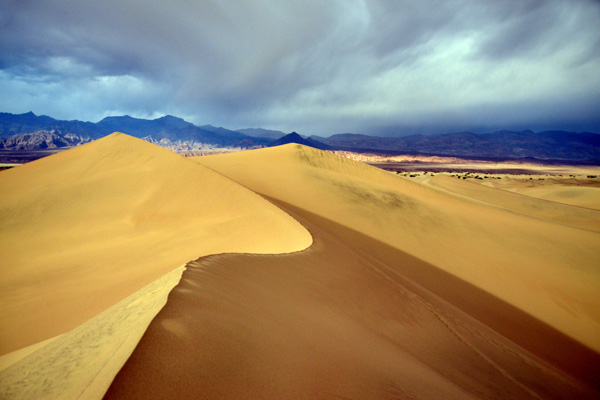 Ever wanted to fry some eggs on the bare ground? Then Death Valley is the place for you! The second hottest place on earth with summer temperatures up to 56.7 C (134 F), and ground temperatures rising up to 94 C (201 F), Death Valley is also the lowest point in North America 86 m (282 ft.) below sea level. Here you will find a diverse landscape of beautiful sand dunes, salt flats, natural marble canyons, mountains and remnants of ancient salt water lakes with unlimited back country hiking and camping. There are also ghost towns to explore, and disused mineral mines that barely lasted a year or two due to the harsh climates (and yet Native American tribes have been living here for 10,000 years). You really need your own vehicle here, and preferably a 4WD if you want to go back country as there is no public transport. There are a few tiny tourist towns with amenities, and a few designated trails, but you are free to go wherever you like here.
> More deserts
> More national parks in North America 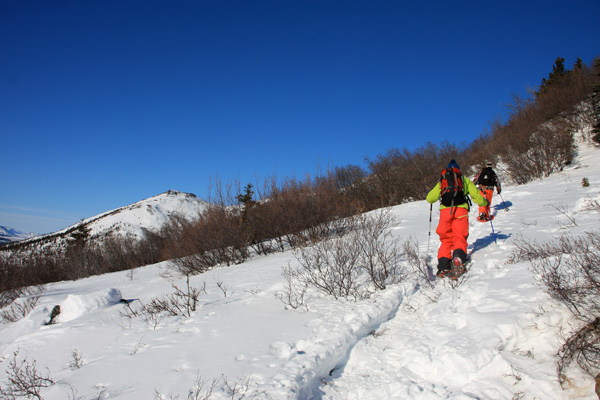 Denali National Park is mainly a summer attraction. During winter, the park is closed for the biggest part but this means also that there wonâ€™t be thousands of people visiting at the same time as you. At the visitor centre you can borrow snow shoes and ski poles for free and you can go snow shoe hiking. A great hike is to the top of Mount Healy from where you get beautiful views of the park and its mountains. If you are lucky, you can see moose either along the trail or along the access roads to the park.
The tourist facilities right by the park are closed in winter but in the nearby town of Healy there are several places to stay and restaurants which are also open in winter.
> More national parks in North America
> More snow and ice 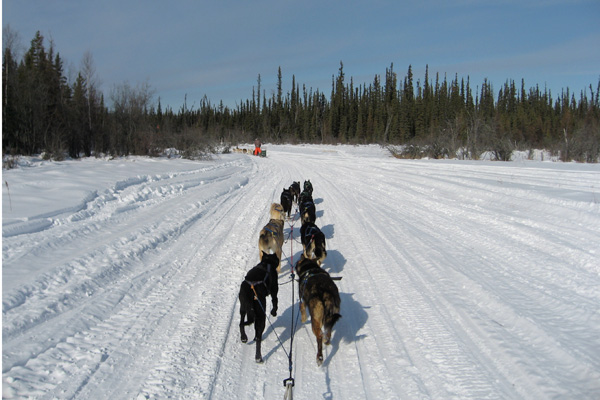 Dog mushing is a true Nordic and fun experience! There are several ways to learn or try mushing for the first time. You can try it on and around the Chena river in Fairbanks. If you take a tryout tour, you will get your personal instructor who will get the very-eager-to-run dogs and sleds ready. There will be a team of about ten dogs strapped in with two sleds behind them, the front one for the guide and the rear one for you. The dogs listen to the commands given by the mushing guide: "how" is left, "ghee" is right. When the breaks are released the dogs speed off but after a while they get into a more chilled pace. When you are talented and the guide trusts your skills, you might even be allowed to ride the front sled and steer yourself.
> More snow and ice 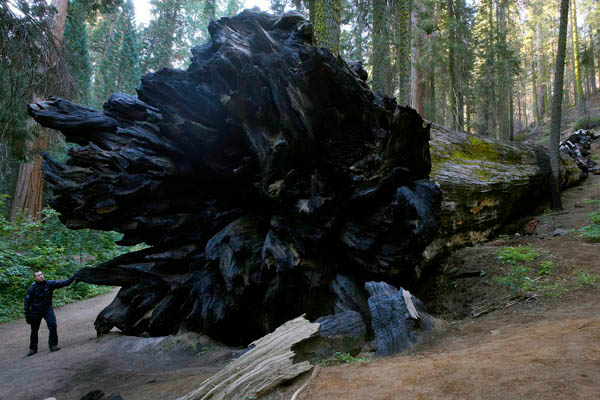 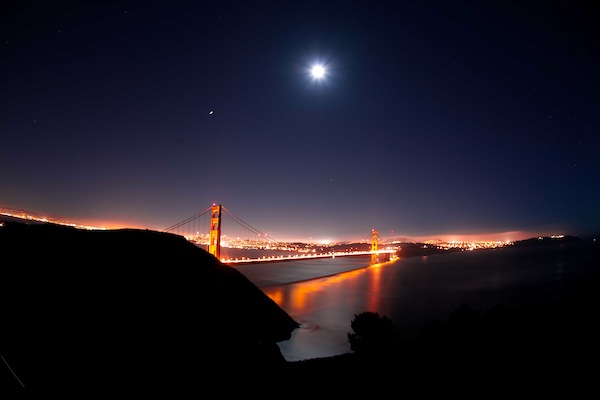 If ever visiting San Francisco, one of the best ways to see the city is to take a drive north across the Golden Gate Bridge to the Marin Headlands. The windy, scenic road brings you to breathtaking views of San Francisco. The road will also bring you to Rodeo Beach, which is a great place to spend an afternoon. The Headlands is filled with abandoned military installments that were manned during World War 2. Keep a lookout for rabbits, foxes, coyotes, and an abundance of deer! The Marin Headlands is the best place to watch the raptor migration in the months of September and October.
1 2 3