Buildings and Architecture in Europe 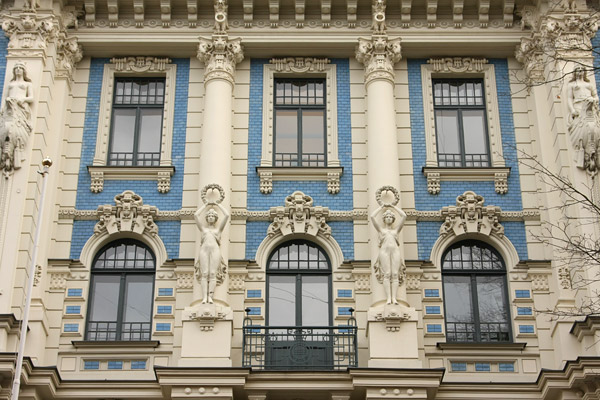 Since Riga didn't get as destroyed during WWII as Germany, it has today some of the finest examples of Art Nouveau architecture. These buildings got built in the late 19th century and early 20th century with heavy ornamentation. The elaborated facades can contain anything from flowers and pillars to semi naked women and grotesque faces stirring down at you from high above. While you probably need to be some kind expert to appreciate all the nuances, you can easily distinct the Art Nouveau from the concrete and even older wooden houses which it shares the neighbourhood with.
> Riga guide 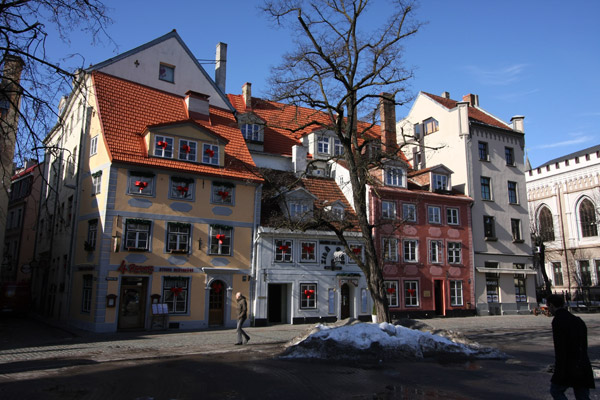 The charm of Riga's Old Town lies in the fact that it's still very much alive, and not some tarted up open air museum with pretty churches. The rugged streets are worn and the old houses holds more great things than souvenirs shops. There are lots of bars and clubs, with a thriving nightlife as a consequence. But there are also forgotten corners with dilapidated buildings and walls which just adds to the great atmosphere of Old Riga. UNESCO have been kind enough to enlist the historical part of Riga consisting of Old Town along with the 'newer' suburbs of Art Nouveau houses and wooden buildings in neoclassical style.
> Riga guide
> More UNESCO sites, Europe 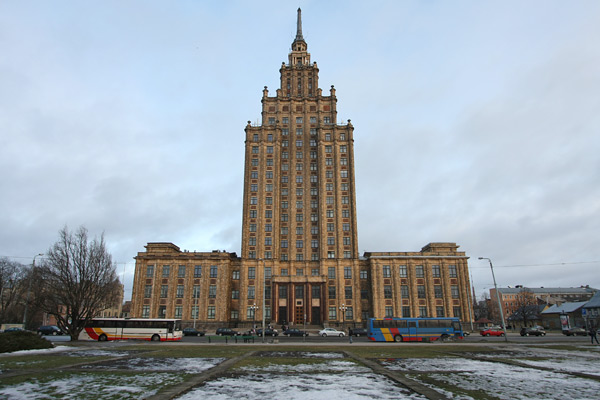 This 108 m tall monster of classic Soviet architecture is locally known as 'Stalin's birthday cake'. Officially is the Academy of Science, Zinātņu Akadēmija, but today it's less science with more space taken up by anyone from astrologists to private enterprises. It was built between 1953-56 and is similar to other Stalin-era skyscrapers like the Moscow State University, Palace of Culture in Warsaw and Hotel Ukrania in Kiev. It was completed without the Stalin portrait that was supposed to be a part the facade, for Stalin died during the construction in 1953 and was quickly disowned afterwards - but the Latvians were probably alright with that.
> Riga guide
> More communist relics 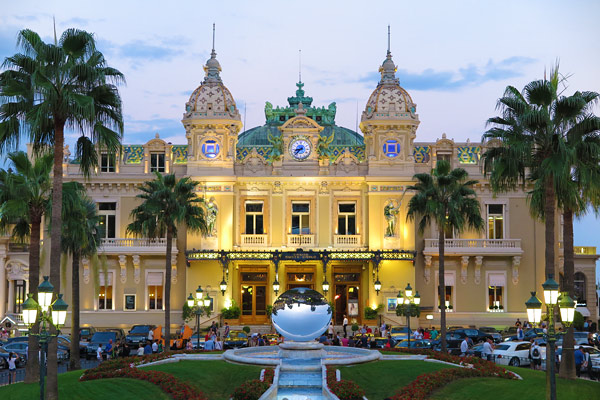 Can it become more classic than this. The Casino of Monte Carlo is world famous, if not for anything else than appearing in a couple of James Bond movies. The elegant building oozes of history and is a splendid architectural piece, with a rich decorated interior kept in mostly golden and marble. However, the gaming floor is surprising small and old fashion and seems to attract mostly curious tourists, but the high rollers are probably hiding in the VIP area. There is an entrance fee and a strict dress code in the evening - locals are not allowed inside the casino. 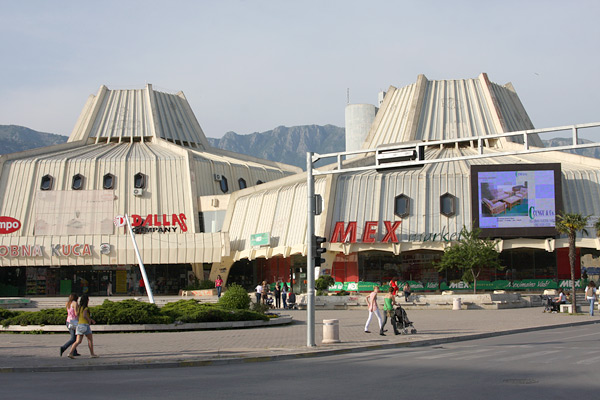 The area around the tranquil town of Bar is known for old olive trees (more than 2000 years old), Stari Bar (the old town that lies in ruins after some attack by the Turks in 1878), an ancient aqueduct, and has apparently some nice beaches too. But the sight that will make the deepest impression on you, will be the shopping mall in the center of the new town. It is designed in an eighties-futuristic style and looks like a fleet of space ships ready to take off. It is a bit drape, but we give points for uniqueness. 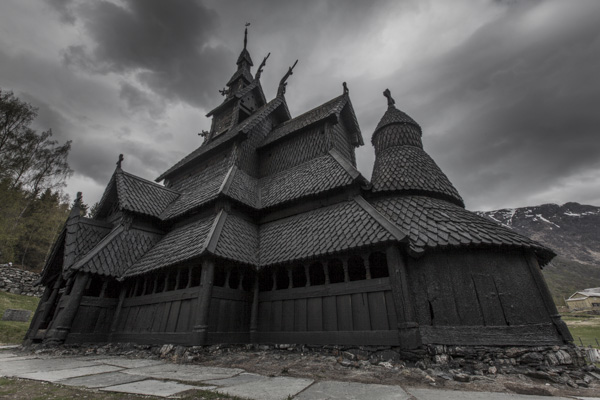 Even if churches aren’t your thing, this one is well worth a visit. For one thing, it’s got four wooden dragon heads on the roof. That’s right – it’s a church with dragons on it! It’s also very beautiful, more reminiscent of a Chinese temple than a church. The inside has a mixture of Norse and Christian carvings and decorations, and there are even a few rune carvings. From the late 12th century, Borgund is the best preserved (although neither the oldest nor the largest) of Norway’s 28 stave churches – so named because of the load-bearing posts or ‘staves’. Visiting at least one stave church should definitely be on any to-see list!
> More great churches 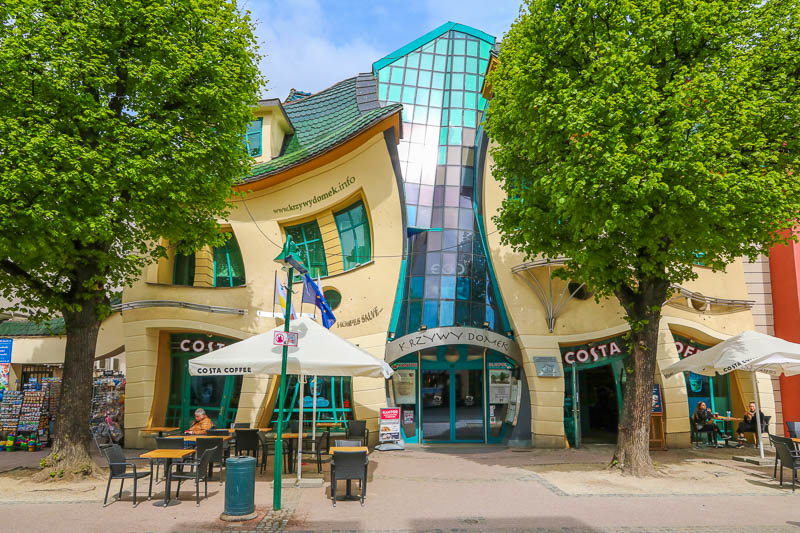 A wicked, but admirable, contribution to Sopot's collection of kitsch tourist sights. The wobbly looking building is part of a shopping center, where the front is an ordinary coffee shop. 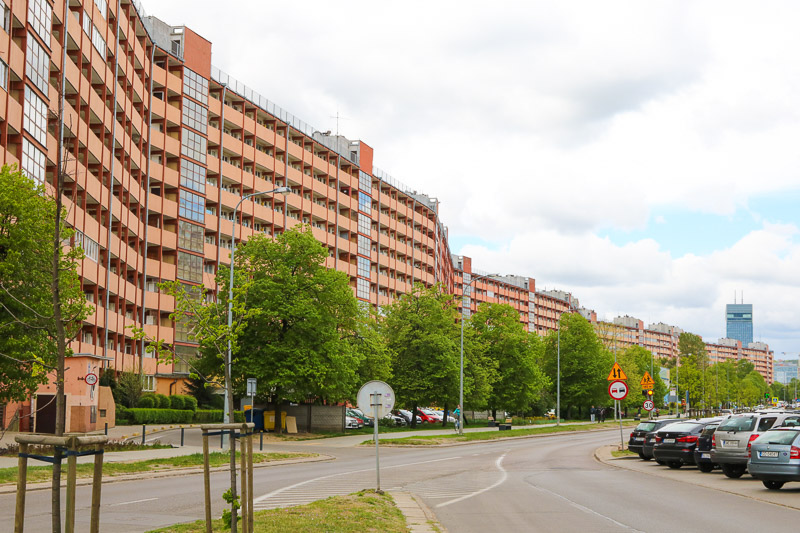 Falowiec is a wavy apartment block from the early 1970s during the communist era. Falowiec literally means wavy in Polish. There are eight of those in the otherwise drab district of Przymorze in Gdansk. The block at Obrońców Wybrzeża street is apparently the longest with 860m, which also makes it the longest apartment block in Europe. With more than 6000 people living in that one block, what a street party they could have.
> More big buildings
> More communist relics

Next to 74 Żelazna Street, Warsaw 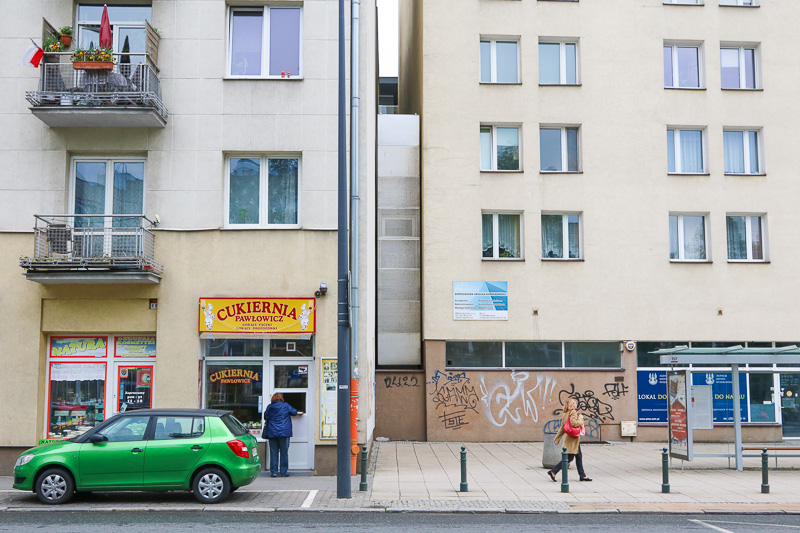 Tiny Living is getting more and more popular, but Polish architect Jakub Szczęsny has taken it to the extreme. In 2012 he designed and constructed a house in the space between two apartment blocks. The house is no wider than 152 cm and stands completely independently without actually touching the neighbouring buildings. Since the house doesn't meet local building codes, the house is classified as an "art installation", but people have been living there anyway. The crampy two floors have impressively a bedroom, a bathroom, a living area, and a kitchen - where refrigerator only holds two beers. The house is named Keret House after the first tenant Etgar Keret, an Israeli writer and filmmaker.

On a mountain peak outside Sintra stands the colourful Pena National Palace. It served as summer palace for the Portuguese royal family through the last centuries. The buildings you see today are mostly from the 19th-century, but the first construction on the site dates back to the Middle Ages. Pena Palace is part of the UNESCO listed Cultural Landscape of Sintra and stands out with its fairy tale style of oriental ornamentation, bright colours, wide gates and tall towers and spires. The surrounding wooded ground is grand with winding trails leading to magnificent view points. However, since the palace is perched on top of a mountain ridge facing the Atlantic Ocean, the panoramic views either stretch all the way to Lisbon - or equal likely, are obscured by dense fog from the clouds that are rolling over the ridge.
> More UNESCO sites, Europe
1 2 3 4