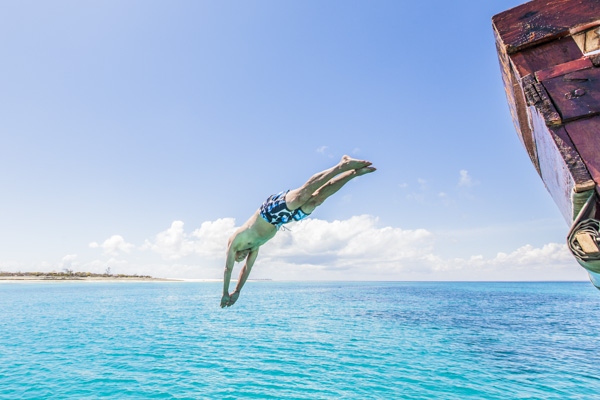 The Quirimbas is a string of 32 idyllic islands along Mozambique's northern coast. This archipelago contains a bit of everything: pristine beaches, ancient settlements, luscious mangroves, amazing dive sites, beautiful coral reefs, pods of dolphins, warm water, a huge variety of tropical fish, an abundance of fruit and as much seafood as you can eat. Although dotted with important settlements in the past, the Quirimbas Archipelago is now virtually unknown to the outside world, and only visit by few tourists. The days are hot, and life is slow - much as it was a hundred years ago. So take a dhow trip around the islands, lounge on one of the endless white beaches and go for a swim in the azure Indian Ocean - you probably deserve it. 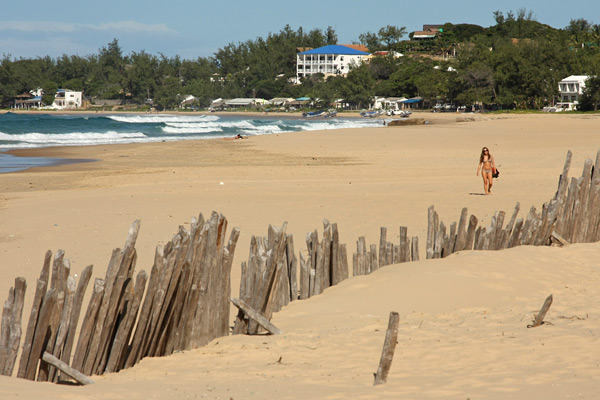 Tofo beach is THE beach for backpackers, overlanders and whoever likes a bit of party and cool beach vibe in Mozambique. The sea is azure and the crescent shaped beach is long - though not palm fringed. Tall sand dunes stretch right to the edge of the sea in the north end, while the middle and south sections have most of the accommodations. Diving is popular and the surfing can apparently also be good, but else there isn't much more to do besides eating seafood, chilling and maybe a football match with the beach boys in the afternoon. The adorable town of Inhambane is just a chapa (minibus) ride away, making it a perfect day trip from Tofo.
> Photo gallery 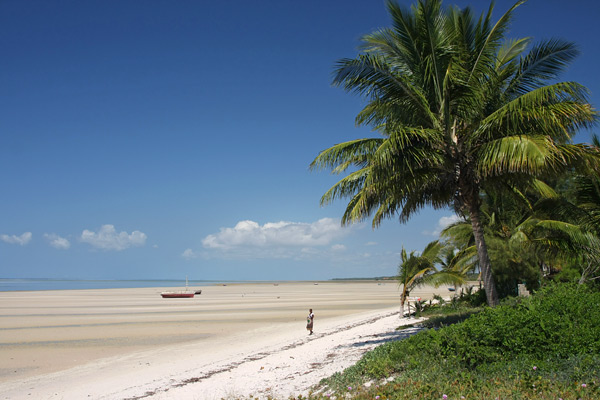 The white beach at Vilankulo seems almost never ending and slides into the clear turquoise sea with views of the gorgeous Bazaruto Islands. Dhows are anchored up in the shallow water before they sweep out to sea for fishing, only to return in the afternoon to unload their catch to the waiting fishmongers. At low tide, the beach becomes so wide, it gives you the impression that you could wade right out to the islands, but don't try. Instead go on a dhow safari for some chilling and snorkeling at the islands, which otherwise are reserved for luxury resorts. Accommodations in Vilankulo are spread out along the shore and lie among the small huts and houses that make up the town. This means there is a lot local life, both on the beach and in the sandy back alleys, giving Vilankulo lots of local flavour, but also at times a rough vibe.
> Photo gallery 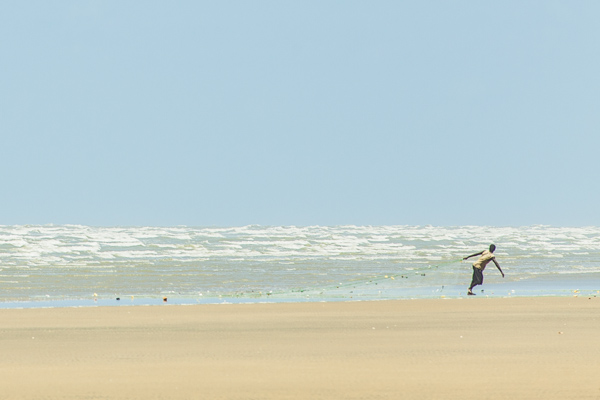 Central Mozambique doesn't usually get much attention from travellers, as most of the top attractions are either in the north or south. Zalala is right in the middle of Mozambique's very long coastline. It has a few things going for it; mainly that it boasts an absolutely enormous, flat beach. It cannot compare to the pristine white sands of the Bazaruto or Quirimbas, but here is the second advantage of Zalala: there is nothing else to attract travellers for hundreds of kilometres to either side of it. So when driving along the length of Mozambique, Zalala is probably your best bet for breaking up the trip. Aside from the beach (and activities like sea kayaking), the main attraction here is people watching, both on and off the beach. Skipping Zalala won't ruin your trip to Mozambique, but stopping here will break up a very long journey and might add some interesting insights into life in Mozambique. 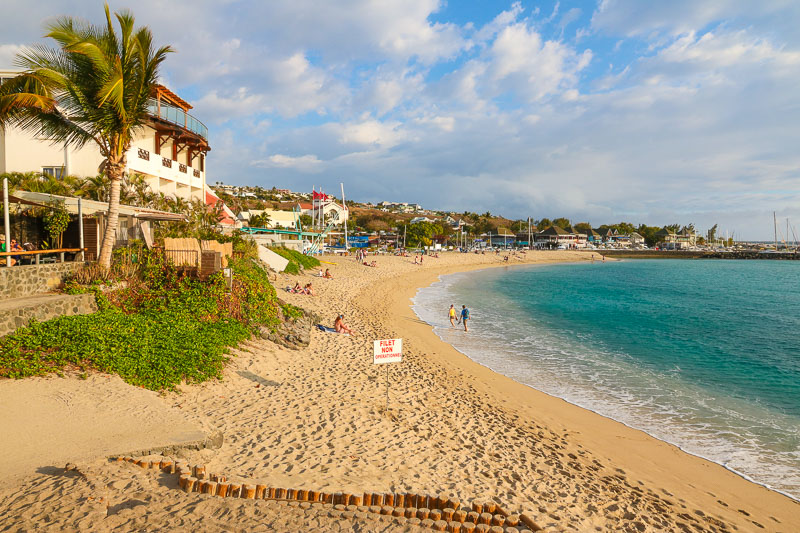 Saint Gilles-les-Bains is a real vacation town full of holiday condos. The focal point is the nice promenade which runs along an attractive beach with shallow waters. Both the promenade and the main street inland is lined with pizzarias, restaurants and bars, which gets the place pumping during weekends in high season. 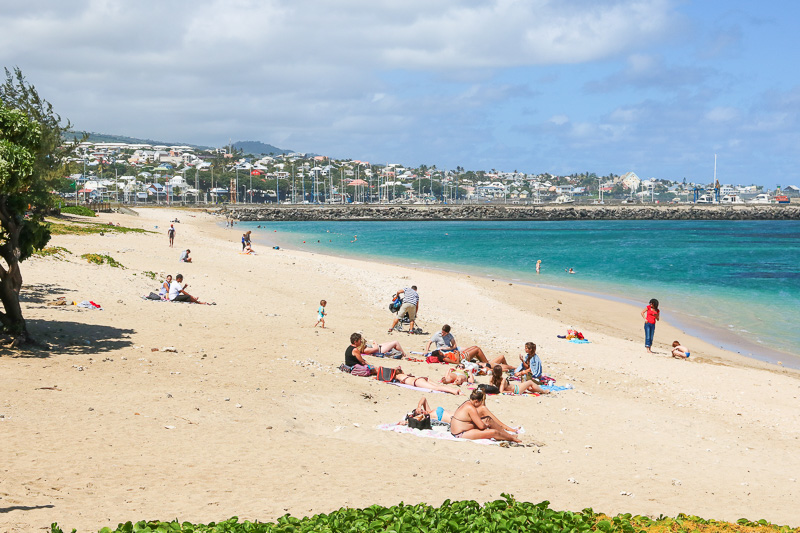 Réunion is not known for beaches, but Saint-Pierre is bit of a beach town. It's a nice town with a bustling center lined with modern shops, but to find Saint-Pierre's soul you need to head down to the waterfront. Here lie the yacht harbour, the promenade with restaurants and snack stands, and the white sand city beach with tranquil azure waters. 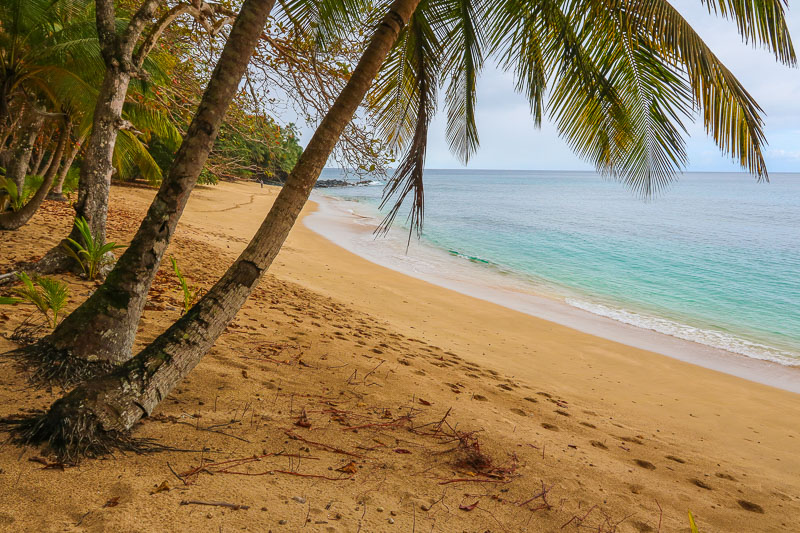 Banana Beach is a gorgeous golden sand beach with a gentle bend - like a banana. Though all beaches in Sao Tome and Principe are public, the palm filled shady grounds are runned by the Roca Belo Monte. There are pavilions, tables and even a bar. There is another and more local beach, Caju, a short walk through the trees. 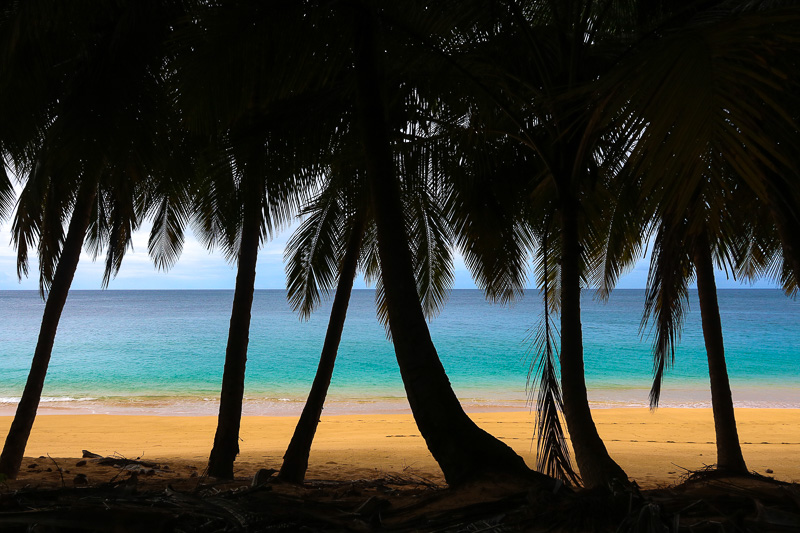 The road to Boi Beach is really rough with mud and rocks, and the last bit is just an overgrown jungle track. But you will get rewarded with a wild and deserted beach with leaning slender coconut palms. Sea turtles come here to nest from October to April.
> Principe Island guide 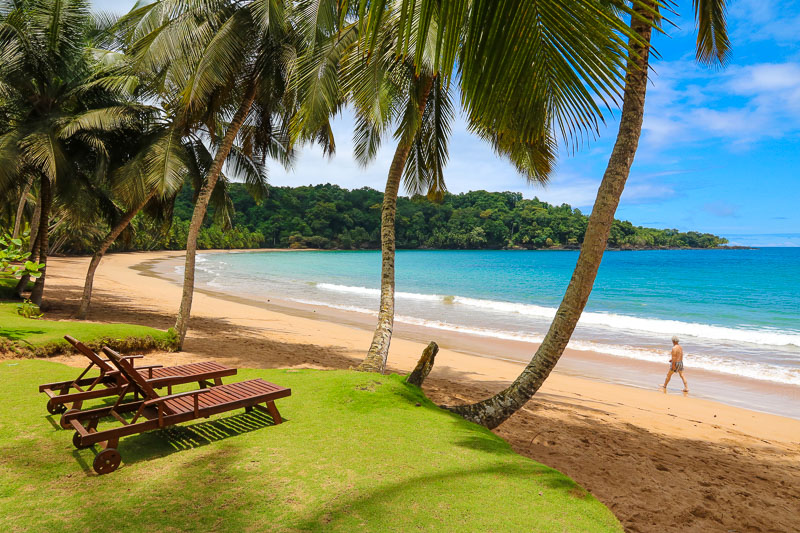 This long beach with golden sand runs in front of the Bombom resort. Luxury bungalows are scattered along the beach and on rocky outcrops under shady trees and slender palms. Since all beaches are public in Sao Tome and Principe, you can just enter the resort and use the beach. The small island Bombom of shore is connected with a long wooden walkway.
> Principe Island guide

Is probably one of the longest and most beautiful beaches in all of Sao Tome & Principe. Not only is it long with plenty of leaning coconut palms, but it's a major nesting site for three species of sea turtles (Green turtle, Hawksbill and Leatherback). There is a small simple museum (only open in turtle season from October to April) and that is it. The dirt road is really rough, but very pretty.
> Principe Island guide
> More sea turtles
1 2 3 4 5 6