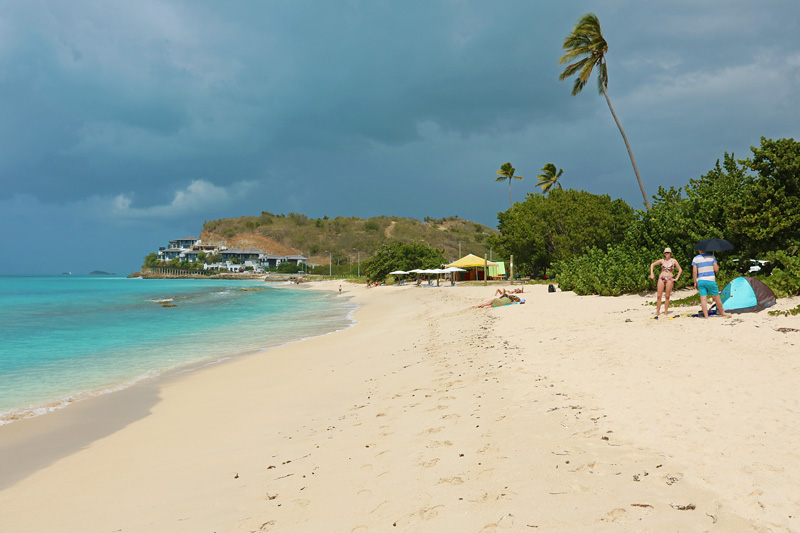 Antigua has a crazy shape. The coastline is ever changing with bays, isthmus, peninsulas, coves, cliffs and, of course, plenty of beaches. It's said that Antigua has 365 beaches, a beach for every day of the year. To be honest, we didn't count. But one pretty beach is the long and narrow Darkwood Beach. Even though it lies right next to the road, it has a fairly secluded feel due to the bushes and shady trees. There is a cafe at either ends, but the rest is just powdery white sand and blue water. 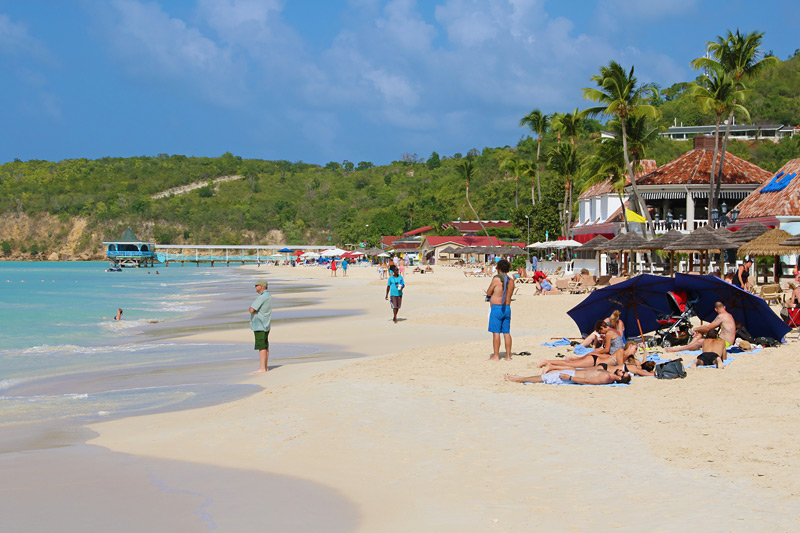 Luckily, many of Antigua beaches are not that developed. They are either totally natural or only have a few beach shacks. The beach at Dickenson Bay is a different story. Here, major resorts lie side by side, and the little space that is left is taken up by restaurants and rows of sun chairs. Eager beach boys will get to you before you even touch the sand and offer their range of services including sun chairs, umbrellas, jet skis and "more". 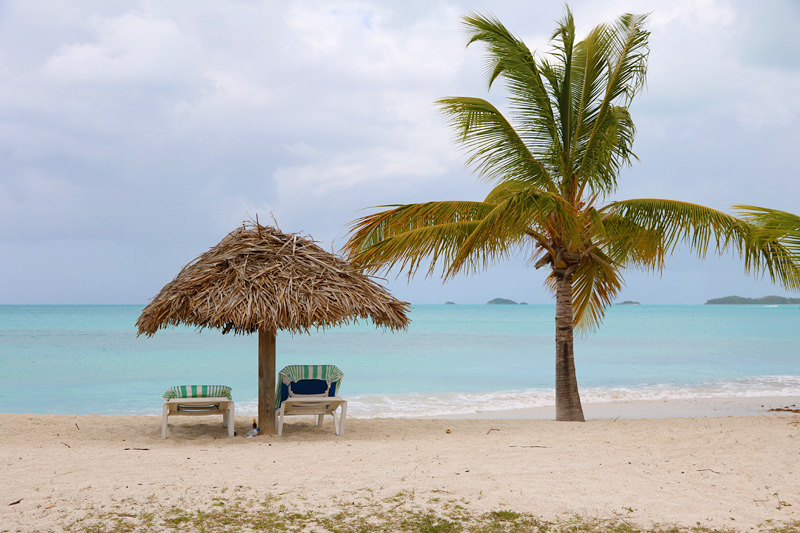 Hidden behind a water reservoir and a water treatment plant you find these two fine beaches. Coco Beach is small with coconut palms, while Ffryes Beach is long and wide with powdery sand and hardly any shade. Both have of course azure blue water. An outcrop with a restaurant sits between the two beaches. Both beaches are very picturesque, so don't limit your visit to only one. 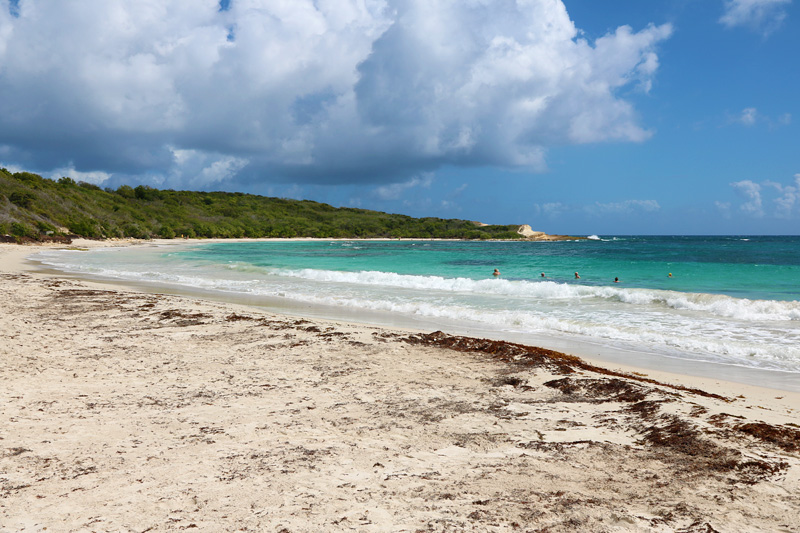 This large crescent shaped beach is rather narrow. It's natural beach with sea weed and scrubs growing all the way down to the sand. The beach was spared most development, though there are a few cafes. There is another crescent shaped beach next door, but it belongs to a resort. However, you can walk from one to another along the rocky shore. 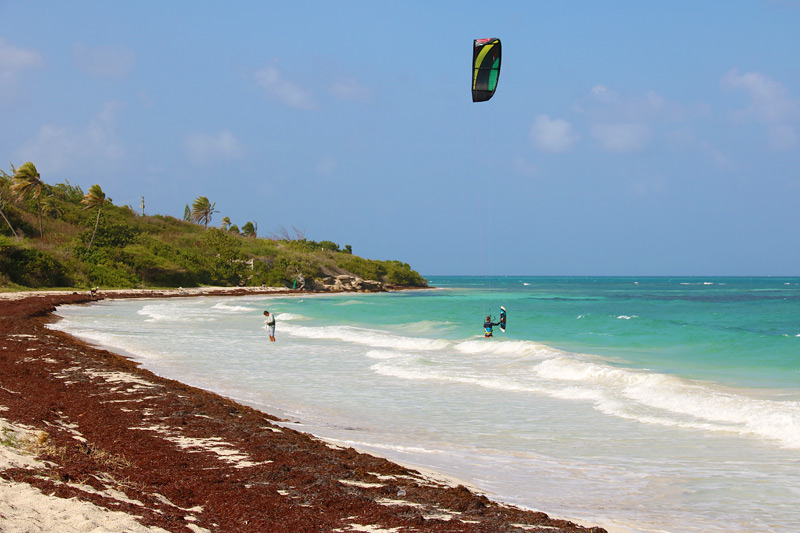 Only 5 min drive away from the airport lies this long but narrow beach. It’s very deserted, but the strong breeze makes the beach a favourite for wind and kite surfers. However, the water is rarely too rough for a dip. No matter what, you will pretty much have most of the beach to yourself. 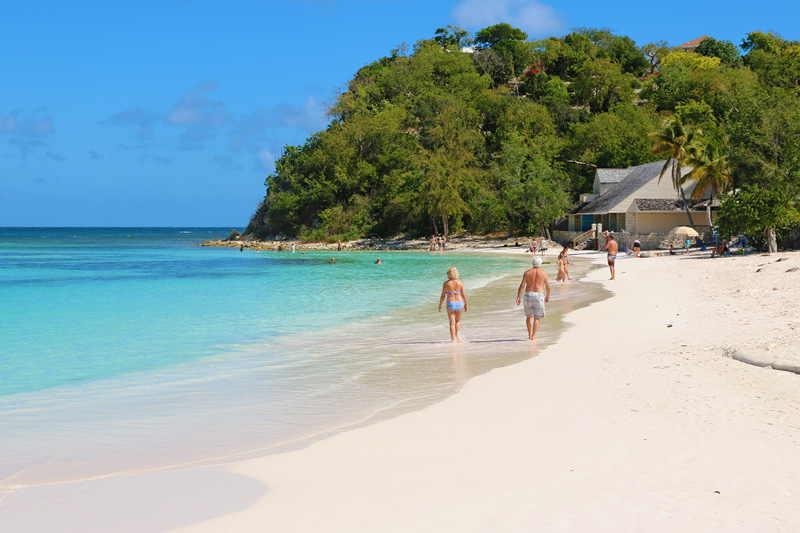 Long Bay Beach is a fine long beach on the east side. It’s backed by beach shacks and resorts. The beach seems to have more mature fan group than other beaches, but this is also the less popular east side. The beach is a short drive from Devil's Bridge, so it makes a nice stopover while exploring this part of the island. 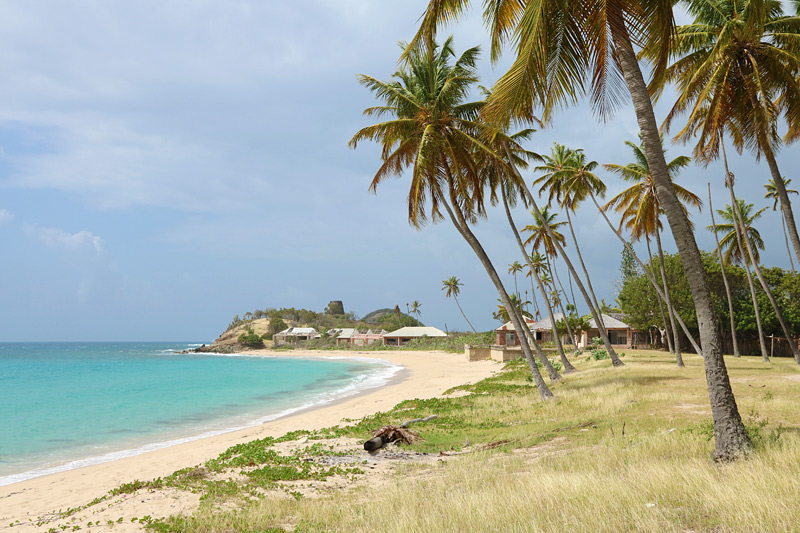 The beach at Morris Bay is long with a small coconut grove as backdrop. One end is occupied by a resort, while the other end is a small hill with some demolished houses at the foot and an abandoned sugar mill at the top. Morris Bay could be nicer, if it wasn't for the trash and abandoned houses. 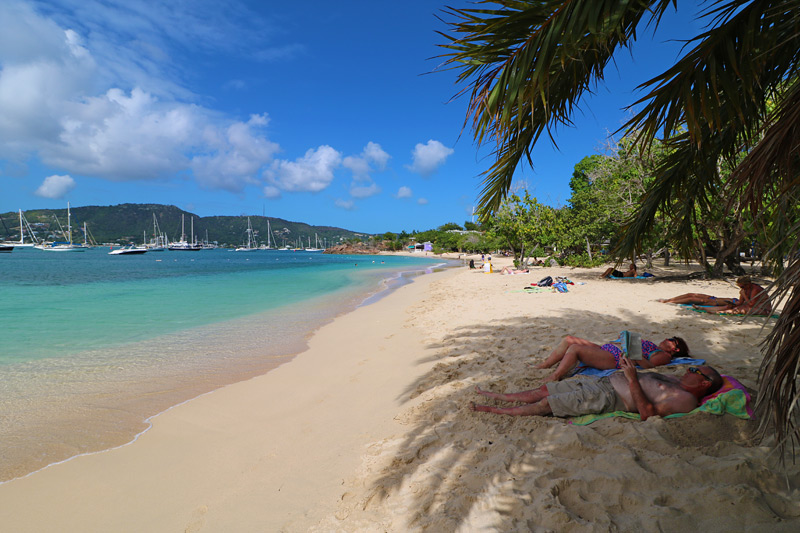 Though Pigeon Beach is right behind "busy" English Harbour, you have to climb over the hill to reach it, which gives it a secluded feel. Furthermore, the beach has plenty of palms and trees, which means shade and privacy. The narrow strip of sand is soft and the water has just the right shades of blue. 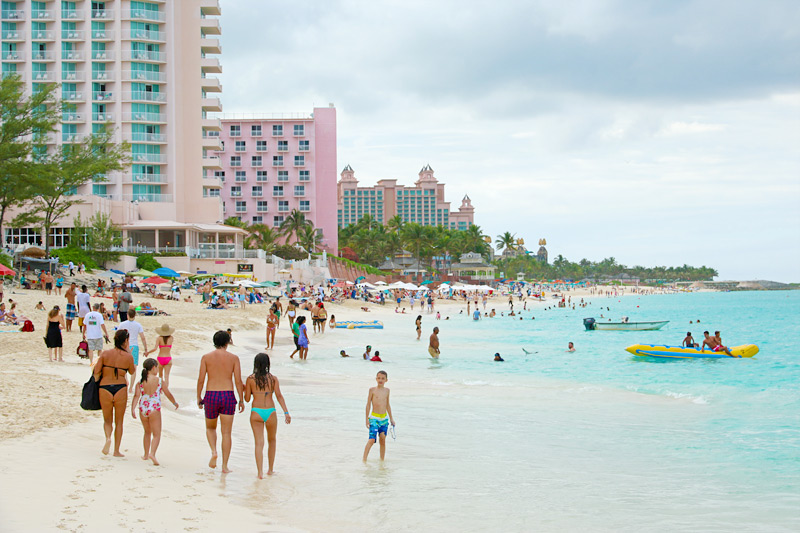 Cabbage Beach is considered one of the best beaches in New Providence (along with Cable Beach). Lots of the major resorts lie here, so parts of the beach are crowded with sun beds and umbrellas. Polite beach boys patrol the area near the public access path, offering everything from jet-ski and parasailing to coconuts and weed. Luckily, Cabbage Beach is very long, so you can always find a more quiet patch if looking for some privacy. 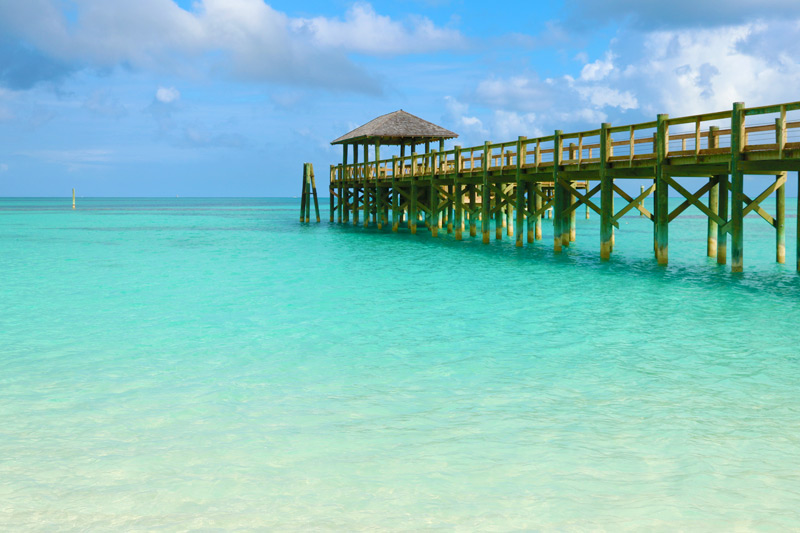 Cable Beach on New Providence Island is one of the reasons why Bahamas is so sought after as a holiday destination. It’s a pretty 5-km long stretch of white sand and turquoise sea. Sections have been taken up by resorts (some prettier than others), but there are lots of deserted parts as well.
1 2 3 4 5 6 7 8