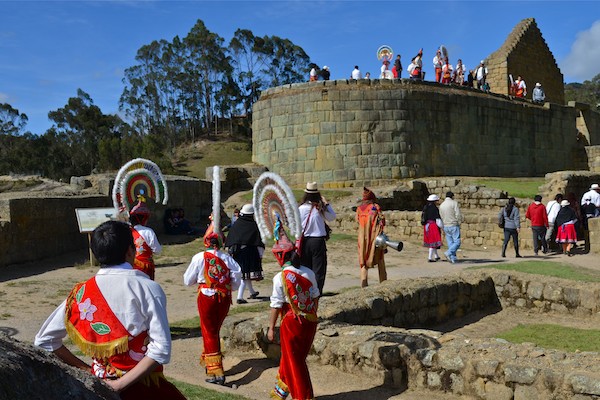 Just outside the village of Cañar, and an easy day-trip from Cuenca, lie the ancient ruins of Ingapirca, the largest known and best preserved Incan ruins in the country. Dating back several hundred years, the ruins are an interesting mix of Inca architecture and local indigenous Cañari input. The most recognizable structure is the Temple of the Sun, a round partial tower built around a centre-piece stone. The ruins might not compare to Machu Picchu, but then again, what ruins can? The site is also the location for a number of festivals and rituals that might take a bit of luck to stumble upon.

Summer/Winter Solstice around the country

© Joe Scarangella
The advanced civilization of the Incan empire was full of tradition and ceremony. But few festivals were more important than Inti Raymi (Festival of the sun). Celebrated around the (Southern) winter solstice (June 21/22), the occasion is commemorated in a number of places throughout the former empire, including Ecuador. Places like Otovalo or Ingapirca are likely the best places to see traditional dances and costumes from, not only local but international groups who come to contribute to the festive atmosphere. It's a wonderful opportunity to take in some ancient culture, just be careful with the Chicha, the fermented drink saved especially for the festival! 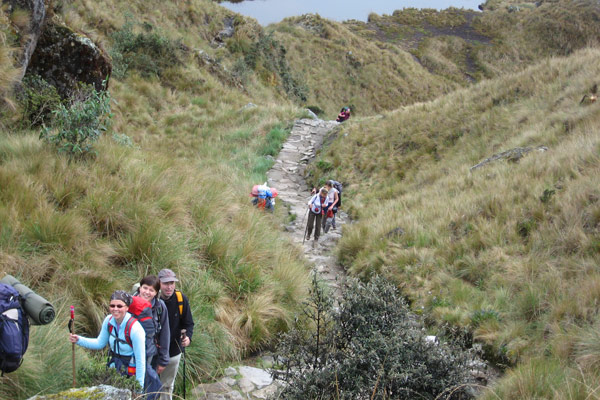 The Inca Trail is on many people’s wish list and it is a great trekking if you know what to expect. If you are in for a quiet trekking in nature you’ll be disappointed. Once you realize that the trail can (and will) be very crowded it can be a great experience. The views are beautiful and the Inca sites on route are very interesting and pretty.
The classic Inca trail takes 4 days. On the first day you gradually climb but it isn’t too hard. On the second day you climb the highest pass of the trekking called the "death woman’s pass" of about 4050m. On day three there are two more smaller passes to cross after which a long descent follows to the last camp. Day four means getting up early and hiking the remaining 2 hours to the sun gate of Machu Picchu to watch the sun rise (if the clouds don’t interfere).
> More trekking 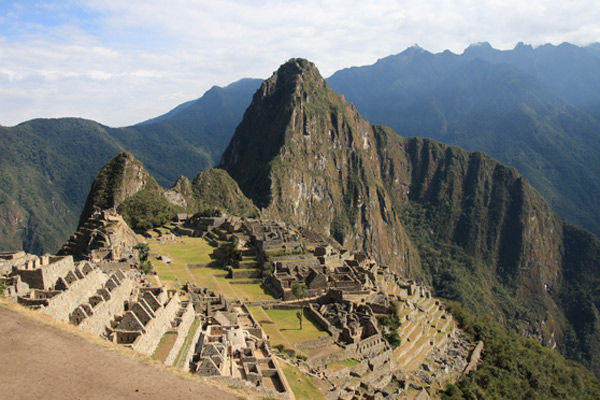 The mighty site of the Incas and Peru’s number one tourist attraction.
When it was first discovered by Hiram Bingham at the beginning of the 20th century the "lost city" was fully overgrown.
Since 2007 Machu Picchu is part of the "new seven wonders of the world list". This event has created even more publicity for the site and even more people are now visiting. It is however still very much worth to visit the site, especially when you have a good guide who can explain you about the meaning of the buildings and stones.
To experience Machu Picchu without too many people you should get there early. Take the first bus up the mountain or start hiking up the mountain even earlier in the night so that you can be there when it opens. This way you’ll even get there before the Inca Trail hikers.
Climbing Huayna Picchu (the mountain behind the site) and climbing Machu Picchu mountain itself give completely different views than known from the classic photos.
> More UNESCO sites, South America