© Joe Scarangella
A short day trip south of the Azerbaijani capital, Baku, sit two rather different attractions. One of the particularly odd natural phenomenon is the mud volcanoes. With the majority of Azerbaijan's nearly 700 mud volcanoes (over half the number in the world), Gobostan is a great place to see the bubble-bubble action. Although not for bathing, simply wandering around the other-worldly landscape is worth the trip in itself. But, sharing the site is the UNSECO listed Rock Art Cultural Landscape. On the plateau overlooking the mud volcanoes are some 4,000 rock carvings covering 40,000 yeas of rock art. Gobostan is a rare chance to see both natural and man made wonders with having to wander too far. 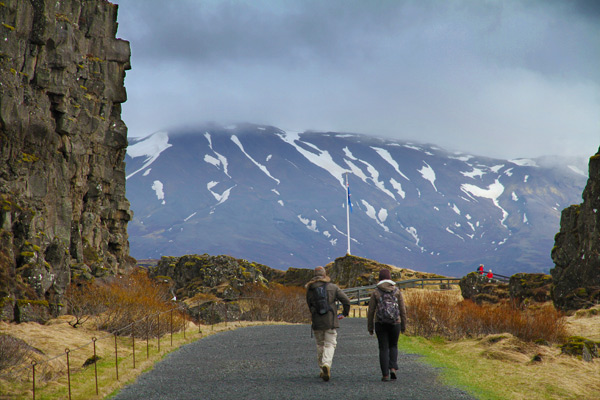 Þingvellir National Park is an UNESCO Heritage Site. It was here in 930 AD the world's first democratic parliament was established. Maybe contrary to many's belief, the Icelandic Vikings society was fairly advanced - at least when it came to democracy and justice. They had written laws which stated what has to be done to whom, when such and such crime was committed. At the annual assembly at Þingvellir, when people from all over Iceland would gather, these laws were recited at the Law Rock, maybe new were passed by the cheifmen, and disputes were settled. Every issue affecting Iceland were discussed on this site. Today, there are of course nothing left from the Viking age, besides the spectacular natural setting right at the rift valley created by the separation of the Northamerican and Euroasien tectonic plates, but that will also do.
> Golden Circle guide
> More UNESCO sites, Europe 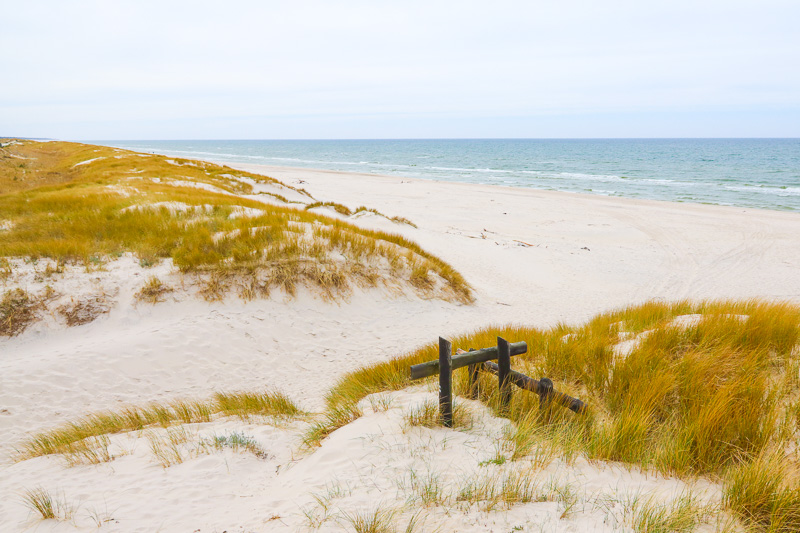 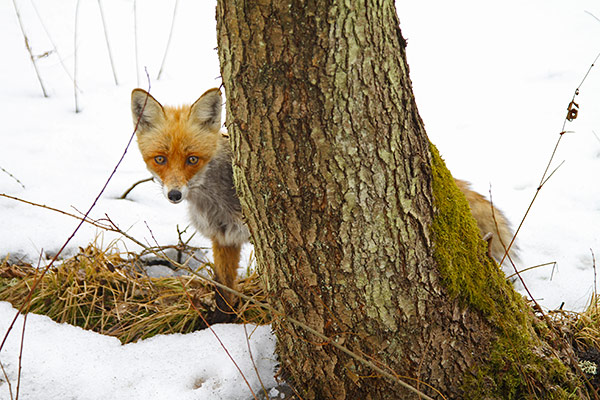 The Curonian Spit (Kurshskaya Kosa in Russian) is a nearly 100 km long, narrow, sand dune spit that separates the Baltic Sea from the Curonian Lagoon. The southern section lies within Kaliningrad Oblast (Russia) and the northern within Lithuania. At its narrowest, the width is merely 400 m, making it possible to look across when standing on a high sand dune. The uniqueness of this fragile landscape of drifting sand dunes has made it an UNESCO World Heritage Site, the only one in Kaliningrad Oblast. The National Park Kurshskaya Kosa makes up most of the spit, but there are several villages along the single road that goes the full length of the spit. The two main sights are The Dancing Forest, a collection of twisted trees, and the giant sand dunes at Efa. Not every local has been to these semi-famous spots, so beware when asking for direction or taking transport. The rest of the spit is mainly pine forest and long sandy beaches favoured by picknicking families during summer.
> Kaliningrad
> More UNESCO sites, Europe 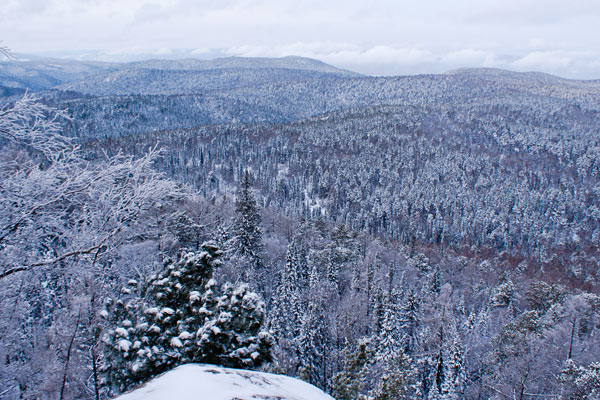 A twenty-minute bus ride from the centre of Krasnoyarsk brings you to the Stolby National park. The park is famous for the 60-90 metre-high karst peaks (stolby) scattered throughout the area that the locals say ressemble "a land of forest giants". The bulbous formations were created by pulses of magma squeezed out of the pores of the earth's crust. A little like squeezing Vegemite between crackers! If you come in the colder months, hiking can be challenging to say the least but if you manage to climb to the top of a stolby and look out away from the rocks into the taiga forest, the view is incredible. 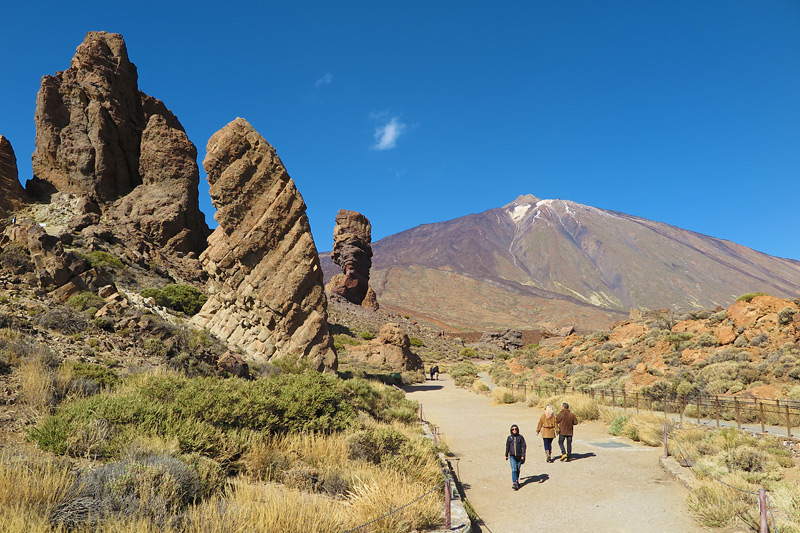 The highest point in Spain is actually not on the mainland, but on the island of Tenerife. Here the volcano Teide rises 3,718 m into the sky and is visible from all over the island - if the weather permits. Though Mt Teide last erupted in 1909, it's still active and minor earthquakes do happen. There are several roads leading up the volcano and it's possible to drive all the way up to 2,356 m, where a cable car can bring you further up to the upper station at 3,555 m (tickets can be prebooked online). The last 163 m you need to hike on foot (remember to book a hiking permit online). A large part of the volcano is a natural park and an UNESCO World Heritage Site, and offer some great hiking opportunities through the volcanic moonscape. Even if you don't want to hike, a road trip across the volcano will still give you amazing sights of the snow covered peak of Teide, along with other odd rock formations, in addition to panoramic views over the rest of Tenerife and the neighbouring Canary Islands.
> Tenerife guide
> More mountains
> More UNESCO sites, Europe 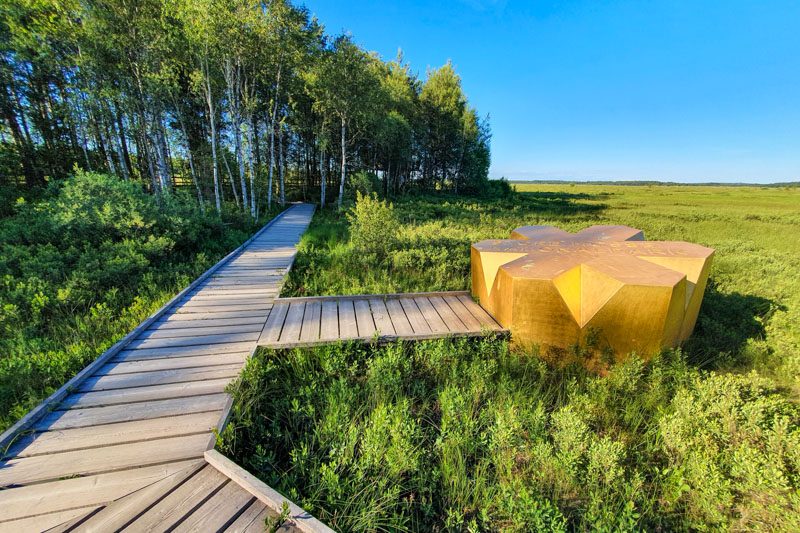 Store Mosse (Big Marsh) is the largest marsh area in southern Sweden. The national park covers almost 77 km2 of bogs, lakes, forest and pastures. It's a great place for bird watching, particularly from the lookout tower at the visitor center. There are several walking trails (more than 40 km in total), partly on board walks over the bog. 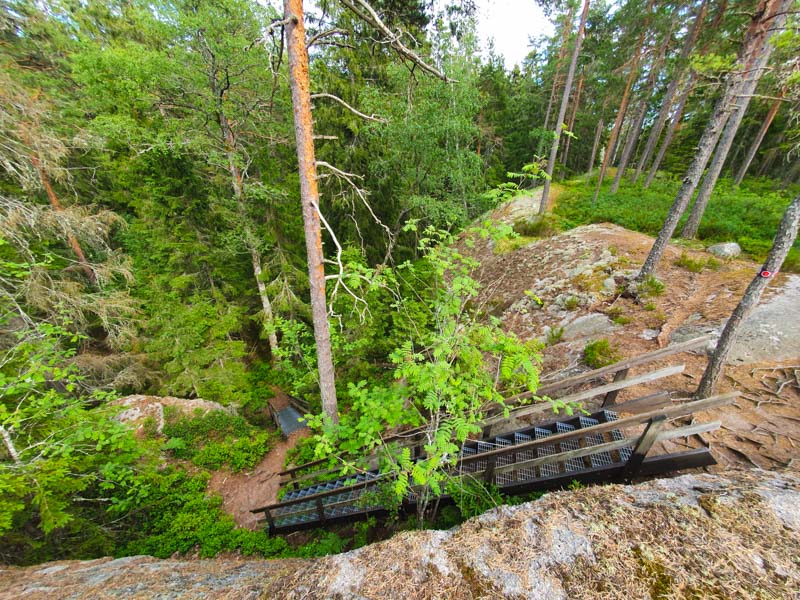 Tiveden is a forest-covered and dramatically rocky national park with many deep blue lakes. It's a very organized park with campsites and several well-marked trails. Expect lots of roots and rocks on the hikes. The campsites are all located near one of the many lakes, and are well-maintained with shelters and fireplaces with free pre-chopped firewood. Some campsites have composting toilets and there is even a lake beach at the campsite Entré Vitsand. 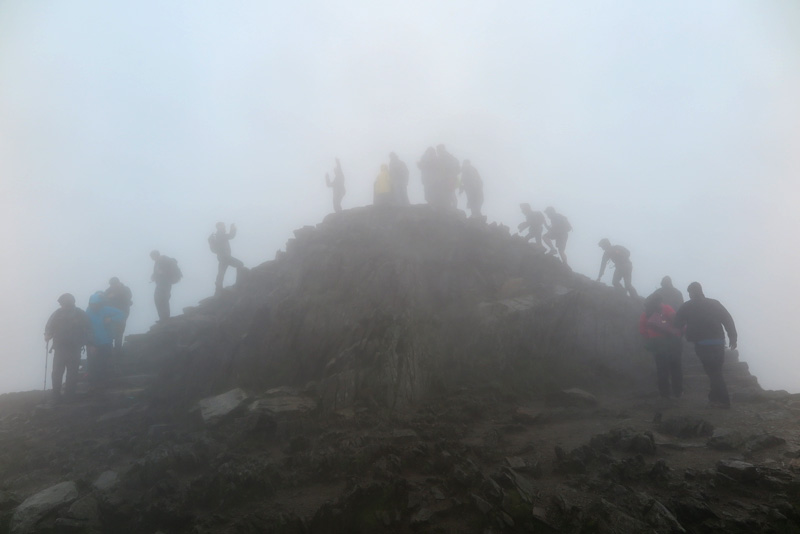