Ouagadougou to Abidjan in Côte d'Ivoire 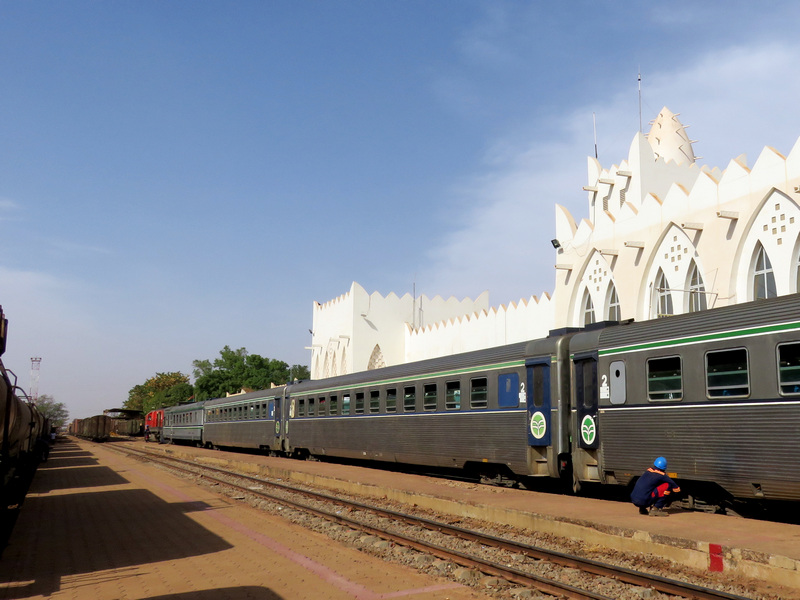 West Africa used to be home to some legendary train journeys. Sadly, almost all of these have now been cancelled or limited to little more than suburban commuter trains. The exception is the 1,150 km long line running from Burkina's capital, Ouagadougou, to Abidjan - the biggest city in Côte d'Ivoire. This last line is probably for train enthusiasts only. The scenery is rather bland, and the ride isn't particularly interesting. The whole journey is supposed to take twenty-eight hours, but expect it to take longer due to delays. Should you find yourself buying a ticket, your choice is between the hard, blue plastic seats of the second class carriers, or the more comfy aeroplane seats in the air-conditioned first class section. Despite this often being a 30+ hour trip, there are no sleepers on the train. In theory, there's a small restaurant, but the locals advised us to use it solely as a bar, and we'd advise you to bring your own food for the trip as well. 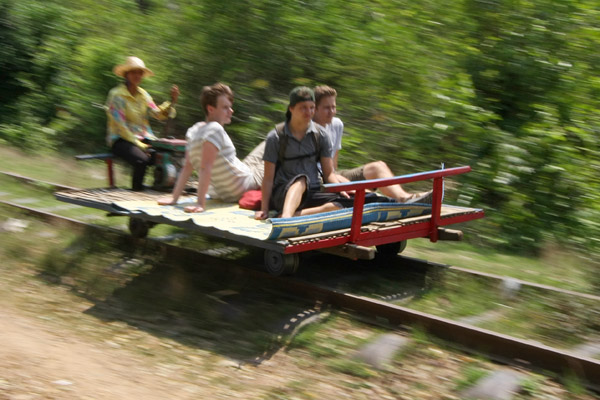 A bamboo train, also called a norry in Khmer, is a bamboo platform with two sets of detachable wheels and a lawn mower engine. Bamboo trains were used by the local people for bringing their goods to and from the market in Battambang, but these days it is mostly tourists who are taking an expensive joy ride through the jungle. There is only one track, so when two trains meet the one with the least passengers is offloaded, pulled apart and taken off the rails so the other train can pass. The procedure can sound like a lot of hassle but can be done in seconds, which is probably also necessary in the case of a real train coming, which was at some point running on the same line. We are not quite sure if the 20 odd minutes roller coaster ride classify as a "classic train journey" but train buffs should definitely try this unique Cambodian train experience. 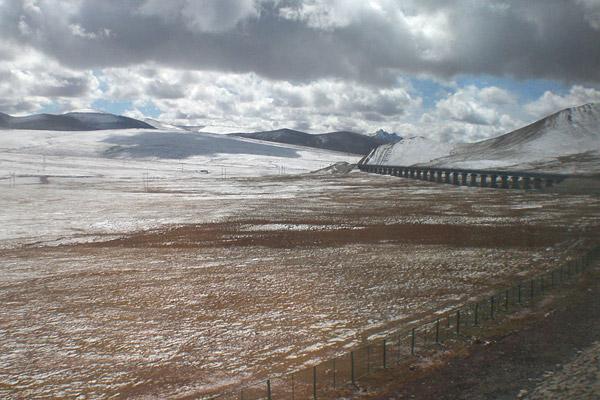 Passing through the Tanggul Pass at 5072 m to become the highest railway on earth, the Qinghai-Tibet railway adds to an impressive list of Tibetan height superlatives. Running 1956 km from Xining to Lhasa, the railway is also hailed as just another world-class feat of engineering for the Chinese. Much of the line is built on permafrost and requires artificial cooling during the warmer months to ensure the rail stays in place. Consider also that oxygen is pumped through the cabins to help prevent altitude sickness and it all starts to feel a little extreme. Just don't forget to spend some time glued to the window as the landscape is completely captivating.
> Tibet guide

Train ride through the Pyrenees 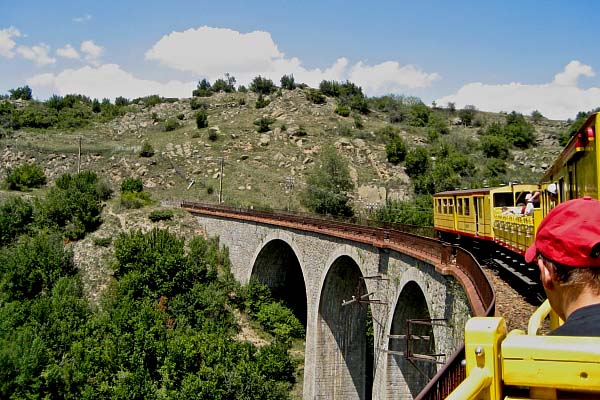 If the journey is just as important to you as the destination then you will want to check out le Petit Train Jaune de la Cerdagne. This historical relic looks like something straight out of the children’s television show "Thomas the Tank Engine" and has been in operation through the Pyrenees since 1903. The "Yellow Canary" earnt it's nickname from it's bright yellow appearance and originally travelled from Villefranche de Conflent to Mont Louis and was then extended to La Tour da Carol in 1927. As you travel the 63 km line between Spain and France you will be treated to spectacular scenery on the open roof wooden cabooses which offer amazing 360 degree views and give you a great nostalgic feeling. Unfortunately wear and tear is slowly catching up with this Pyrenees Spectacle and there will come a time in the not too distant future when the train will have to be replaced by a modern substitute, so make sure you make the time to ride this slice of history. 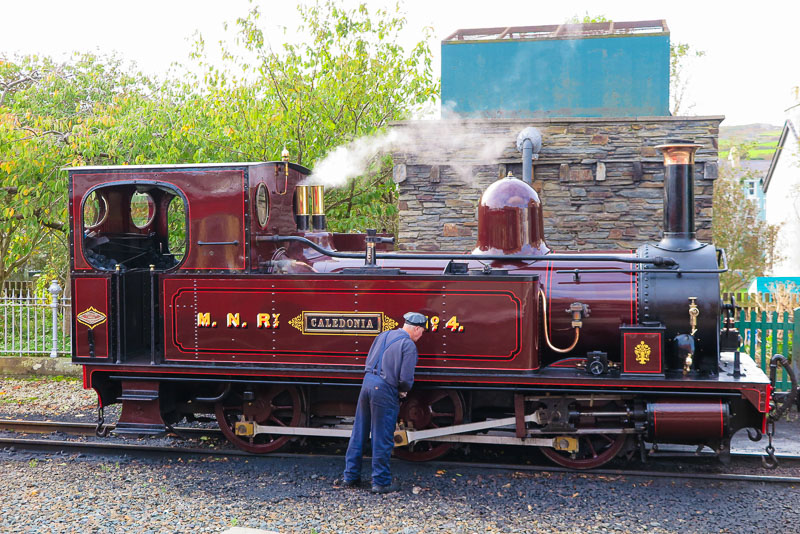 The preserved steam train from Douglas to Port Erin is one of Isle of Man's main tourist attractions. The train is the original from 1874 with wooden carriages with seats dressed in red plush. The one hour journey (one way) follows the southeastern coastline and pass through meadows, woods, and fields with grazing cows. There are a couple of stops, but most ride the full length. The steam train is included in the Go Explore card and runs from March to November. 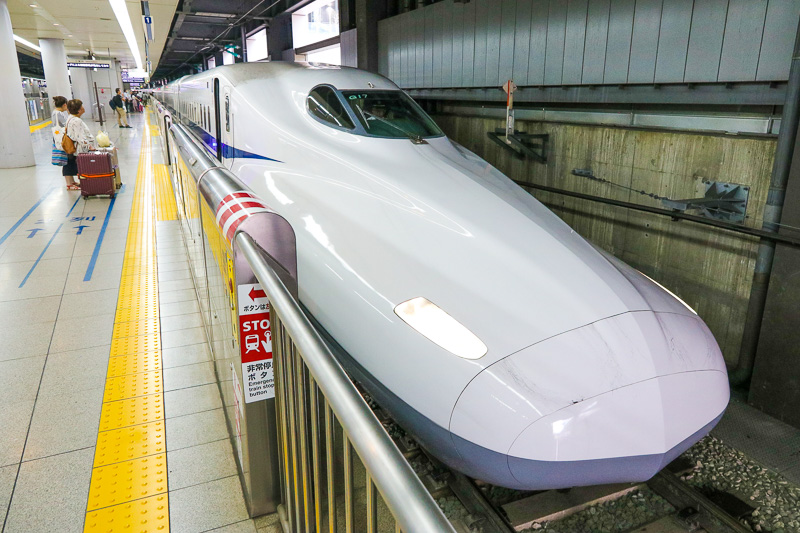 The Japanese bullet train, shinkansen, has become a bit of an icon of Japan. The first line was constructed in 1964, but today there are several lines connecting the main islands. The sleek train can reach speeds of up to 320 km/h (depending on the model), and is famous for its punctuality where any delays are measured in seconds. Onboard, it's equally pleasant with almost silent cars and spacious seats. So any visit to Japan should include a trip on the shinkansen, and with a Japan Rail Pass, it might actually be the most cost effective way to get around.

© Ask Gudmundsen
The colonial era Uganda Railway, known as the Lunatic Express or the Lunatic Line, still has a few active stretches. The most interesting being night train between Nairobi - Mombasa. The train itself has not changed much since the colonial days, neither has the restaurant car's menu, making the journey a historical interesting experience.
And one should take the train for the experience, not for the comfort or the speed. The three weekly departures in each direction is scheduled to last 14 hours, but expect lengthy delays. While this might sound less attractive, the delay means the train will pass through Tsavo East National Park in daylight instead of in the middle of the night, making the journey half train ride, half safari. 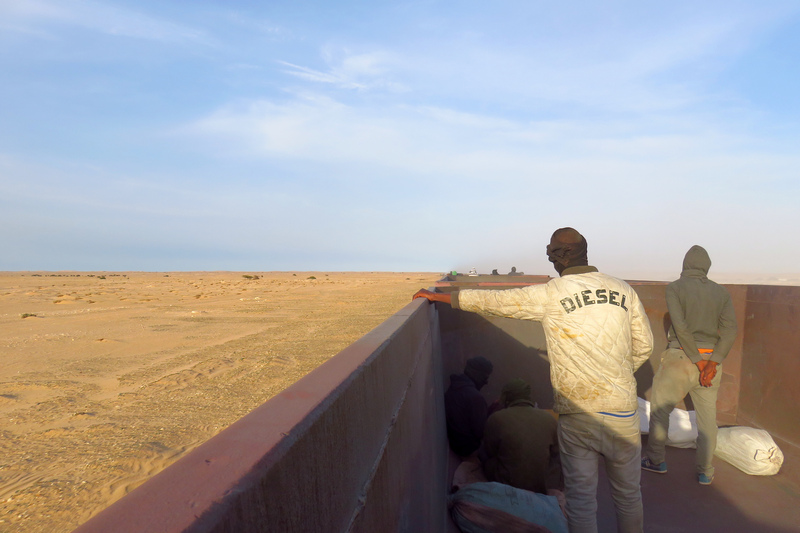 Africa got some wild train rides, but this one might be the wildest. One of the longest and heaviest in the world, the Iron Ore Train reach 3 km in length and max out at 22,000 tonnes. The train's raison d’être is the iron mines of Zouérat from where the it brings ore, not passengers, to the coast. It is also the most direct route between Nouadhibou and medieval cities and oases of the Adrar region. The one passenger carriage is cheap, but you will have to fight vigorously with locals to get a seat. You can also buy one of the dirty cheap, with an emphasis on dirty, beds. Adventurous souls, instead, opt for riding in the iron ore waggons. Travelling east, the carts are empty; going west you sit on top of the metal dust. Come prepared: The empty carts are hard to spend the twelve-hour journey in and the desert nights are cold. And no matter how you ride, the journey is insanely dusty. Do instead take comfort in the endless glasses of tea and the lessons in Hassaniya Arabic your fellow passengers share with you, and – riding the waggons – the breathtaking desert night sky. 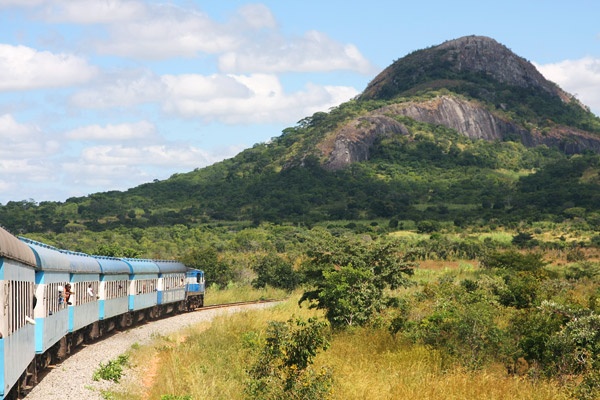 The train journey between Nampula and Cuamba is a fascinating ride. First, the scenery is just spectacular with granite domes dotting the green landscape. Second, every time the train stops at some small village, the locals crowd around the train to sell their home grown products. Fruits, vegetables, eggs and grilled meat change hands through the windows at a frantic pace. Even when the train starts rolling again, the last deals are done with the committed sellers running next to the train. Each stop has a speciality, whether it's onions, garlic and carrots, and the passengers are power shopping like there is no tomorrow. The train journey is a cramped experience on 3rd class, but comfortable in 2nd class - there is no 1st class.

Pyin U Lwin to Hsipaw 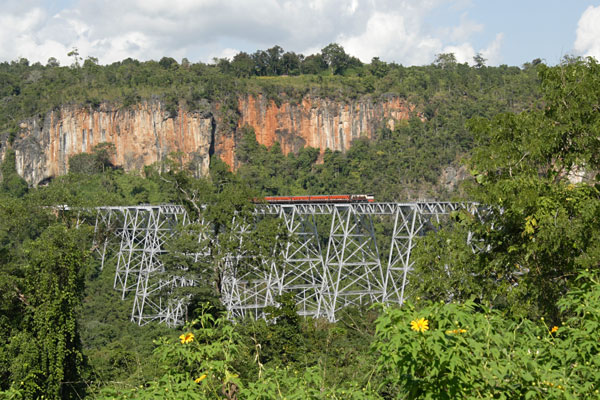 The train ride from Pyin U Lwin to charming Hsipaw is considered one of the great train journeys by train buffs, not just in Myanmar but in the world. The line was constructed by the British in the beginning of the nineteenth century and is cutting its way through jungle, climbing up steep hills and crossing the deep gorge of Gokteik on what was at the time an engineering masterpiece. It's an amazing journey and quite an anxiety-inducing experience to slowly crawl over the stick construction knowing that it's more than a hundred years old and probably has not received the best maintenance.
> Photo gallery
1 2