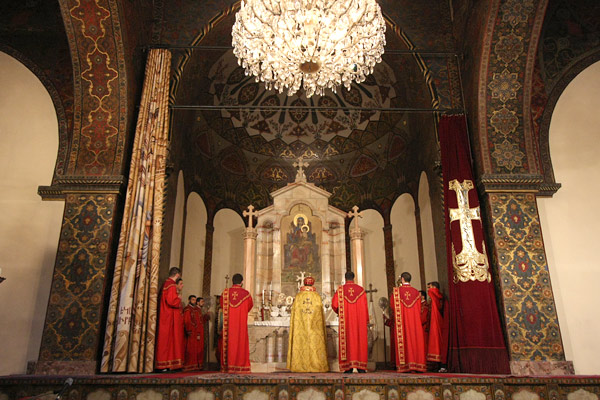 Echmiadzin is for the Armenian Apostolic Church what the Vatican is for the Catholic Church. The first Armenian church was built here in 301 and it has since become the most holy place in Armenia. The church was later rebuilt and extended to the cathedral you can see today, and the complex now includes chapels, priest seminar, home for the Catholicos (leader of the Armenian Church) and the treasury. Here, they keep all the religious relics that have been found in Armenia, including the spear a Roman soldier poked Christ with and pieces of wood from both Noah's Ark and the Holy Cross. Try to visit on a Sunday when mass is going on and the whole place is buzzing. 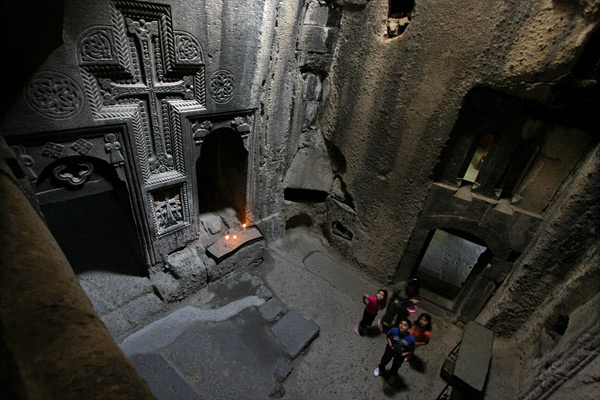 Geghard is probably the finest cave monastery in Armenia. It stands deep in a canyon and blends in with the surrounding cliffs. The complex is partly dug out of the mountainside with annexed buildings. It was supposedly founded in the 4th century but invading armies have left nothing from that time. The two cave churches and vestibules you see today are all from the 13th century. Above the main entrance to the churches is a 10 m passage which leads to a cave chapel that is fully carved out of the mountain and has amazing acoustics. A small peephole in the corner makes it possible to look into the cave chamber below (see picture). The monastery got its name Geghardavank - meaning "the Monastery of the Spear" - since the spear that wounded Christ on the cross was kept here (the spear is now displayed in the Echmiadzin treasury).
> More great churches 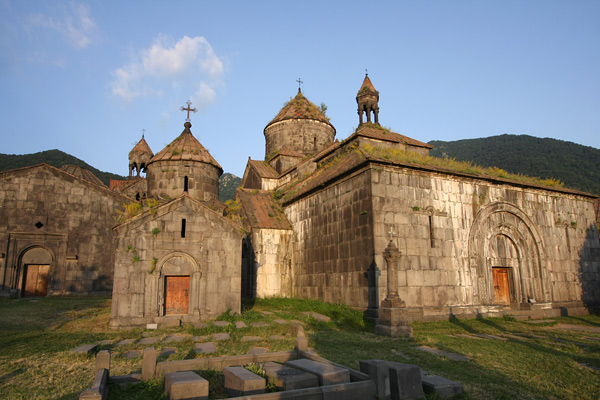 Haghpat and Sanahin monasteries lie in plain view of each other separated by a canyon. Haghpat is also on UNESCO's World Heritage list and dates from the 10th century as well, though Sanahin is 50 years younger. Haghpat is a compact monastery complex with several chapels, some fine cross stones (khachkars) and a groomed garden setting. The views are splendid and the village of Haghpat is charming and easygoing.
> More great churches 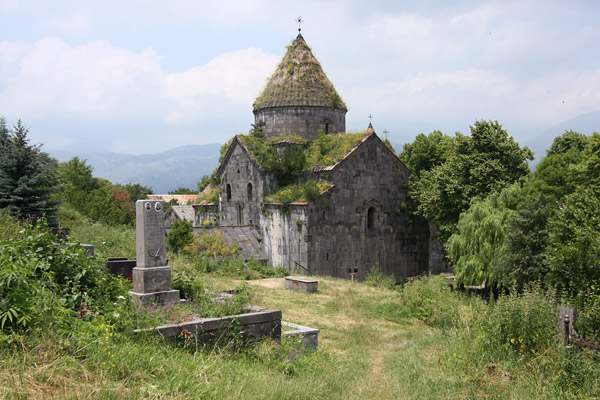 In a village above Alaverdi lies the monastery complex of Sanahin, which dates back to the 10th century. It is listed on UNESCO World Heritage list along with neighbouring Haghpat monastery due to their architecture style that was developed in Armenia in the 10th to 13th centuries. It is charmingly moss-covered and sits under shady trees in a messy garden, which just adds to the great atmosphere. There are lots of dark corners to be explored and the ancient graveyard offers some strange modern tombstones with pictorial explanations of the cause of death. 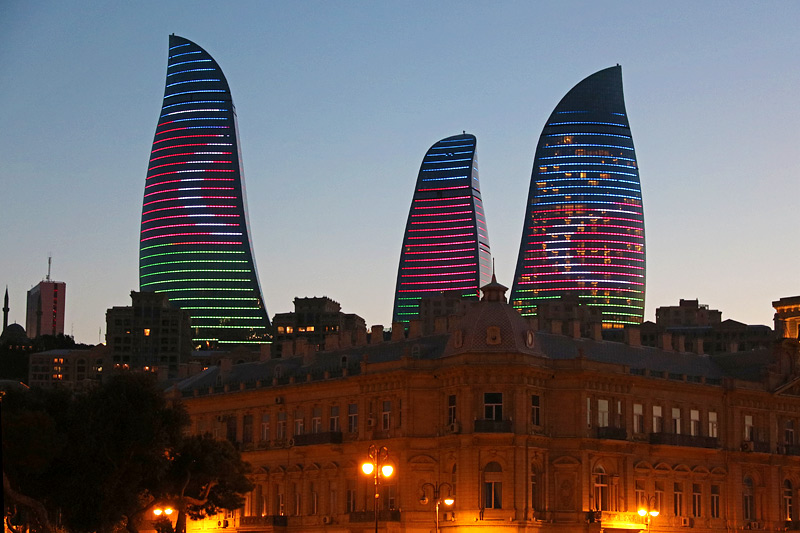 Baku is city full of contrast. It emerge as an urban oasis on the barren coastline of the Caspian Sea, which otherwise is dominated by oil plants, industry, and dust. Modern condos mixed with Soviet-era apartment blocks make up most of the drab suburbs, but the city center and waterfront is a totally different story and a testimony to what oil money can buy. Wild and crazy architecture, like the Flame Towers (190 m) and Heydar Aliyev Cultural Center, dot the city - and more are under construction. But Baku has also some historic and elegant areas. The fine, but touristic, UNESCO-listed Old City is walled with narrow alleys. Right outside its walls lies a charming neighborhood with tree-lined streets and fine boutiques, not unlike Paris, which extend to the classy shopping streets near Fountain Square. So Baku can either be dreadfully dull or overly exciting, it depends where you explore.
> Photo gallery
> More European capitals 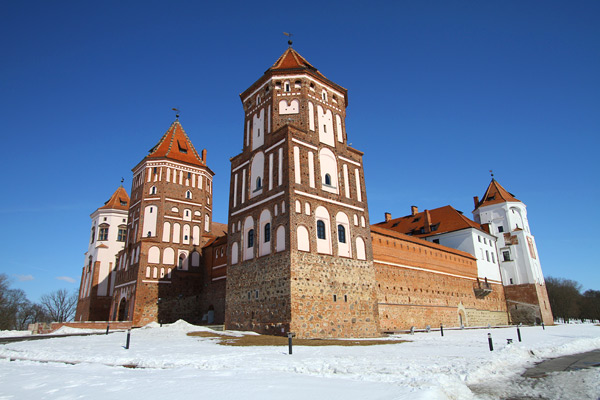 Mir Castle is a real 16th-century castle with towers, spires, courtyard and everything. It's one of the few UNESCO sites in Belarus and a must-do day trip from Minsk. The castle has recently been through a total makeover, so it once again is complete. The interior has been cleverly rebuilt so the new modern exhibition rooms morph together with the original structure. Existing castle rooms are set up as dining room, meeting hall, etc. like in the old days, with antique furnitures and paintings. Information is only in Belarusian, but you can make sense of most of the stuff without.
Another great sight in Mir is Mir village itself across the road. Colourful wooden cottages make up most of the village and there are some pretty churches too. It might be your only change to have a peek at rural Belarus.
> Photo gallery 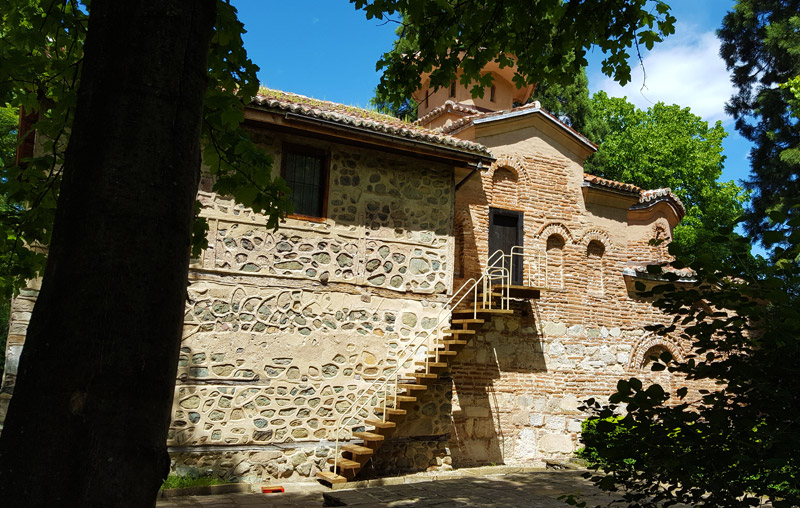 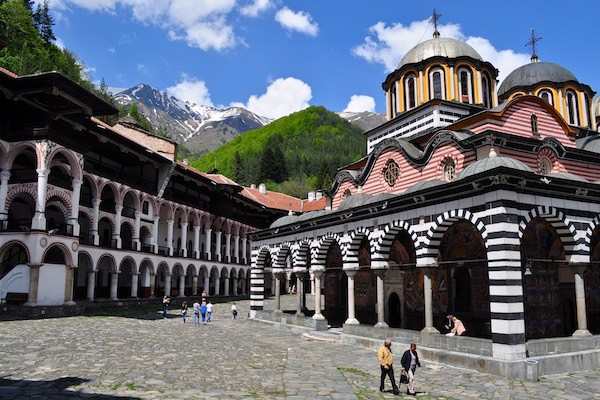 UNESCO rarely gets it wrong. Amazing buildings, beautiful nature and cultural heritage fill the list of sites around the world. Nestled deep in the pristine Rila Mountains of South-western Bulgaria is the Monastery of Saint Ivan of Rila (aka Rila Monastery). There is little question to those that visit the nearly 1,000 year old site (rebuilt a few times), that the monastery is most worthy of its UNESCO honour. The beautiful building set with a dramatic mountain backdrop are the things that postcards were designed for. Some may dismiss it as touristic. But an overnight stay is well rewarded as the day-tripper leave the place virtually deserted once they head back the the capital. Serene, beautiful, cultural. It's what historical sites were meant to be. 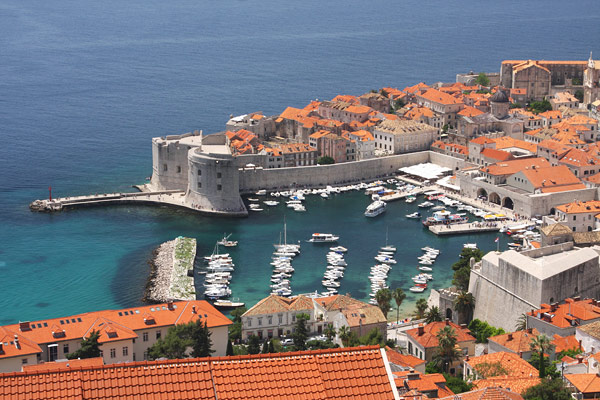 Dubrovnik is the iconic Adriatic medieval walled city. In the Middle Ages it flourished in maritime trading as the city-state of Ragusa and was rivaling Venice. During the Yugoslavian war, in the beginning of the 90's, it was sieged for seven month and got severe damaged by artillery attacks. Today Dubrovnik is again insane pretty and manicured to limit that it's almost too much. Just to top it off, there are beaches (pebbles though, not sand) with the most crystal-clear water you can imagine, but screamingly cold. All this makes of course Dubrovnik to the perfect tourist magnet and the stream of tourist buses also seems never-ending, but it is still possible to find adorable corners, without being run over by sunburned tour group.
> Adriatic Coast guide
> Photo gallery 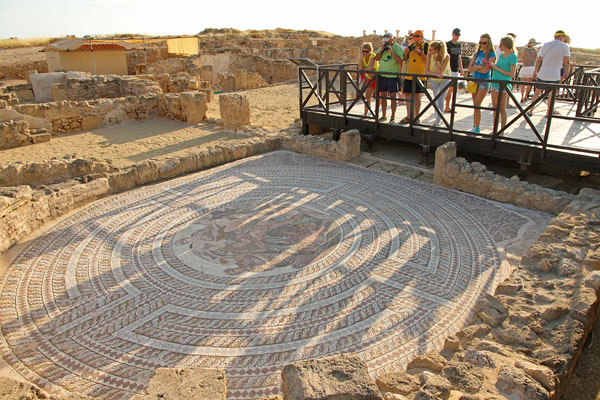 During at long period in ancient times Paphos was a Roman city (around 2nd and 3rd century AD). It was a prosperous place where exquisite tiles floors were in high fashion among the wealthy. These colourful mosaic floors have been preserved to this day and is now the second UNESCO World Heritage Site in Paphos – the other are the Tombs of the Kings. Each mosaic tells a story, often about Greek mythology. They are a part of the sprawling Paphos Archaeological Site which begins down at Paphos harbour.
> More Roman ruins
1 2 3 4 5 6 7 8