Cities and Towns in North America 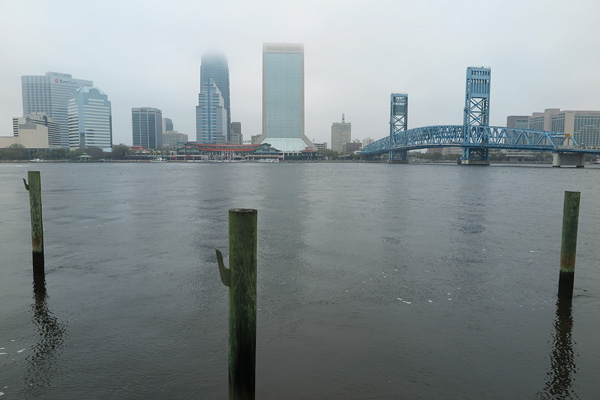 Not many knows this surprising fact, but Jacksonville is the largest city in the continental United States measured by area. Unfortunately, it's 1,935 bland sq km (747 sq mi) of office buildings, parking lots and highways, without any significant sights whatsoever. If you really must do some sightseeing, Jacksonville has a few parks and some historic buildings from the first half of the 20-century. During the weekend downtown has a post apocalyptic feel, since it's drained for office workers and not much else is going on. And if you wonder why Jacksonville is largest city, the answer is simply an administrative expansion of the city borders. Population wise, Jacksonville is only the 13rd largest in USA. 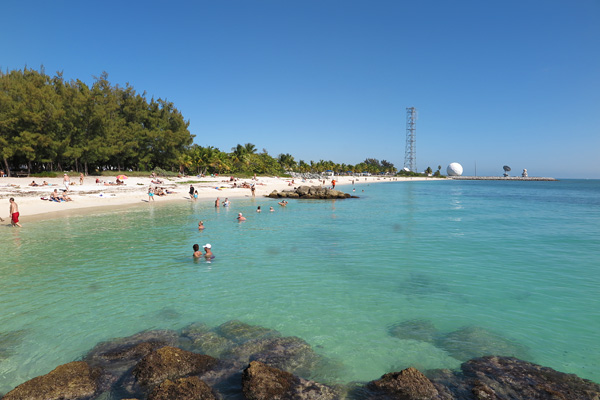 The Florida Keys are that string of coral islands that drips south of the tip of Florida. More than 40 bridges, some very long, connect the main islands, which are as tropical as you can imagine with palms, beaches, and aquamarine water. The most famous island is, of course, Key West, which is not just the most western key, but also the most southern point in the continental United States – a fact they have turned into a smooth tourist machine. Once, Key West town was the largest city in Florida and later a hub for drug smuggling. Maybe due to that, Key West has attracted prominent people through time, Hemingway being the most famous – something they also have turned into a tourist attraction today, along with rum distillation, lime pies, you-name-it. So yes, Key West is very touristic and a magnet for seniors, but it's easy to escape the crowds, just pick one of the 1700 other keys. The fishing, kayaking, snorkeling, diving are as good here and as a sign says "why pay Key West prices?".
> Photo gallery
> More beaches, Americas 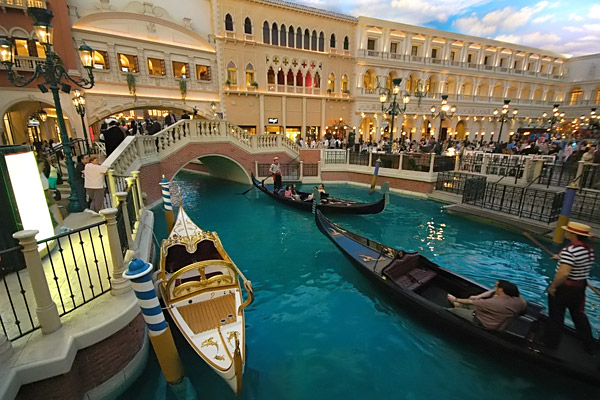 Photo by thinboyfatter under CC

Take all the impressions you got from TV and films about Las Vegas, add a swinger party, concert, magic show, duplicates of world known landmarks, whole strip of pawn shops and wedding chapels, flyers for strip joints (both sex) and all-you-can-eat buffets, light it up by neon and fireworks and you have a vague idea of world famous city in the desert. One grand competition in bad taste and extravagance that at all time tests your imagination. So unique and iconic, that you have to see with your own eyes. Oh, there are casinos too, by the way.

Sun, beaches, and a vibrant nightlife is rarely a bad combination, and Miami got them all - but also so much more. The place to start is of course Miami Beach with its iconic Art Deco buildings and a wide beach which seems never ending. But Miami is more than Ocean Drive and its swanky restaurants. Right north of Miami Beach lies Bal Harbour, a hideaway for the rich, with luxury shops and an equal fine beach. Across the bay you find downtown and along with a handful of surprisingly interesting neighbourhoods. The skyline of downtown is actually best taken in from the distance, but the panoramic view from downtown towards Miami Beach is spectacular. For a multicultural experience, which is also one of Miami's trademarks, head to either Little Haiti and Little Havana, where little English is spoken. Or what about super cool Wynwood, an old industrial area which has been covered in street art. So whatever you fancy, Miami got a neighbourhood for your.
> Photo gallery 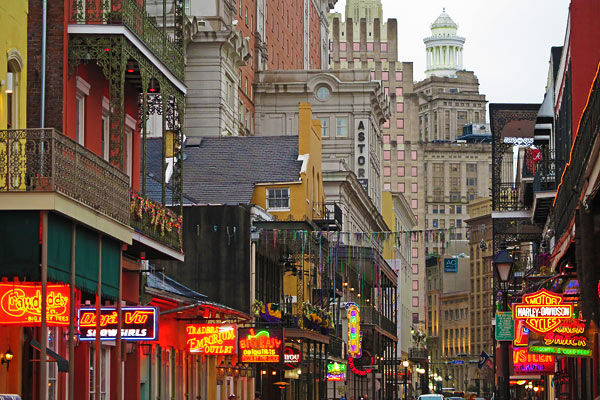 New Orleans is probably one of the most vibrant and inviting cities in the United States. It oozes of history, fine architecture, art, and, of course, music. The infamous Bourbon Street is lined with venues with free gigs, and so is the rest of the otherwise charming French Quarter, but they are mostly for tourists. As you venture over to the Frenchmen Street area in Faubourg Marigny, it becomes more about the music and less about the tips. During daytime, tend your hangovers in the high-end art galleries in the Warehouse/Art District or head over to the cute and trendy Garden District. Here you find some of New Orleans finest mansion with wrought-iron fences and manicured gardens, along with indie fashion and art shops, vintage boutiques, and trendy cafes. For a twist before the bars open again, visit one of the historic cemeteries, either Lafayette No. 1 (in Garden District) or St. Louis no. 1 (right north of the French Quarter) to hear the stories about the unusual burial tradition in New Orleans. And then there is of course Mardi Gras... 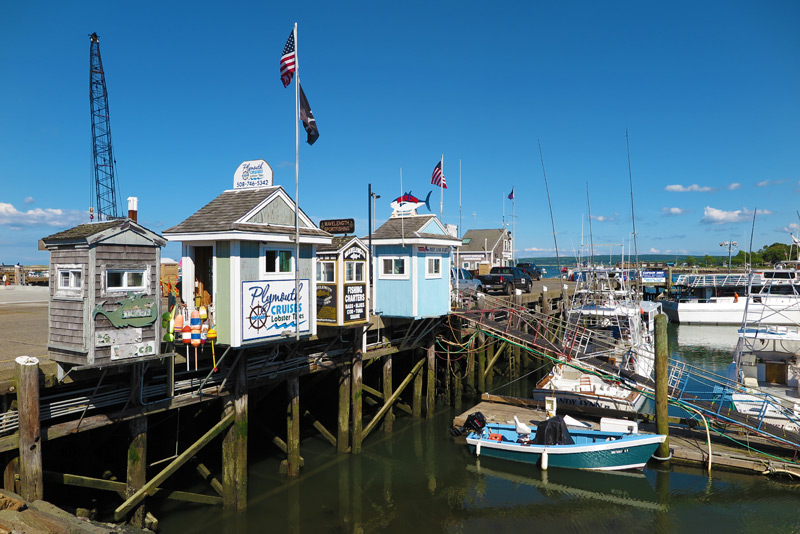 The first British Pilgrims set foot in America in Plymouth in 1620. They sailed across the Atlantic Ocean on the wooden ship Mayflower and settled among what turned out to be tolerant Native Americans. The first Thanksgiving was celebrated here in 1621 after the Pilgrims' first harvest and was attended by both Pilgrims and Native Americans. This historical event along with the fact that Plymouth is one of the oldest settlements in the United States, means Plymouth today is a popular tourist town . The allegedly landing spot, Plymouth Rock, and the replica of the original wooden ship, Mayflower II, are some of the major historical attractions, but are also whale safari. 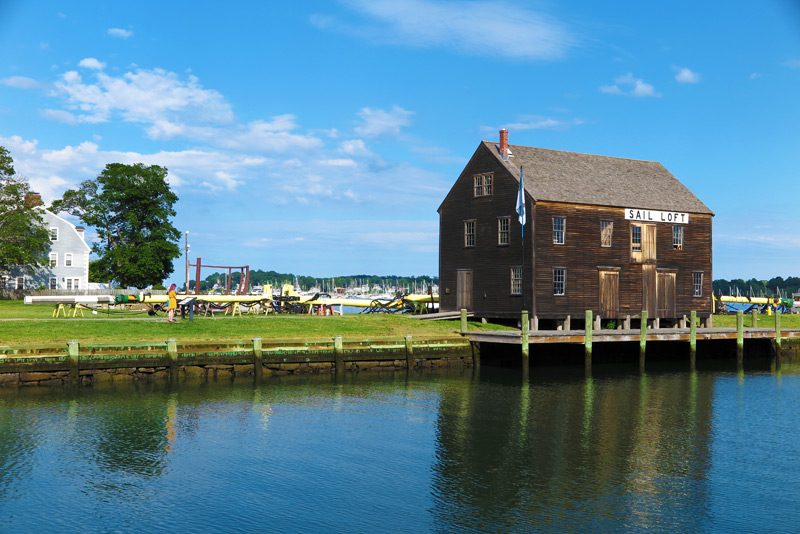 During the end of the 17th century a witch hunt ravish the colonial Massachusetts and particularly the small town of Salem. Due to what is best described as mass hysteria, about 150 women and men were accused of witchcraft. Twenty of those were convicted and hanged (they didn't burn witches in the U.S.), while another five died in prison. The woman, Ann Putnam, who is believed to have started the witch accusations, publicly announced years later that it was all just a "great delusion of Satan" and apologised for the harm done to the innocent victim's families. Allegedly, the affected families accepted her apology and were reconciled with her. Today, there is a witch museum in Salem in addition to a few other historical sights and fine merchant houses. 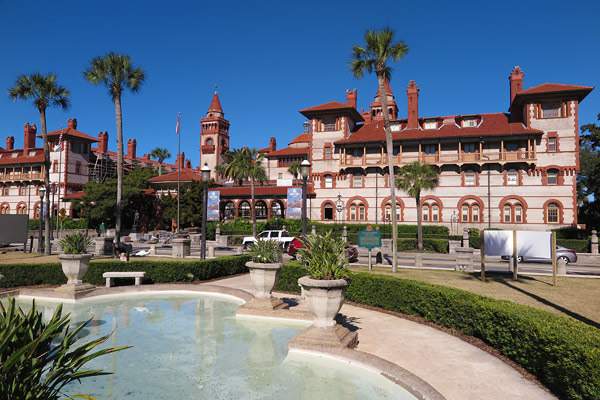 Saint Augustine, or just St. Augustine, was founded in 1565 by the Spanish and is the oldest (continuously occupied) city in the U.S.. Its impressive collection of Spanish colonial-era buildings, like the fort Castillo de San Marcos and the houses along St. George Street, as well as fine 19th-century architecture, like Flagler College and the Cathedral Basilica, make the city overly cute. But the people of St. Augustine know they have an exquisite city and don't mind showing it. Mini trains filled with tourists circle the historical part, while those with a bit more style are transported in a horse-drawn carriages. Parts of the historical neighbourhood along St George Street have of course been Disneyfied, but it has mainly been done with charm and taste. Many of the old buildings now house great restaurants and bars, and at night time the whole place is lit up like a (tasteful) Christmas tree. 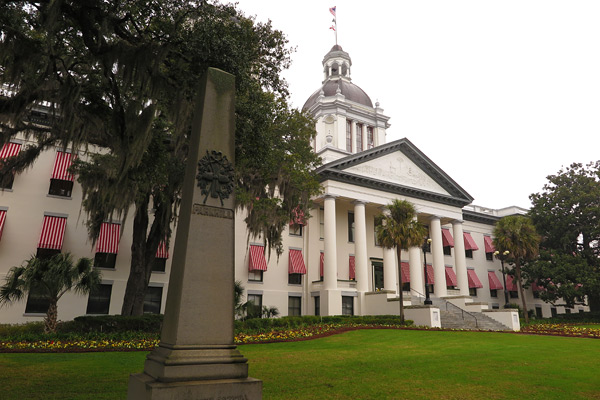 Tallahassee is one of those capital cities, which exists only because two bigger cities couldn't agree on which one should be the capital. In Tallahassee's case it was St. Augustine and Pensacola, who couldn't agree. So today tiny Tallahassee is the state capital and has been it since 1824. When walking the streets, it can seem that every single person in Tallahassee either works in the government on Capitol Hill, or with it (lawyers, marketing people, hotel employees), or against it (lobbyists). 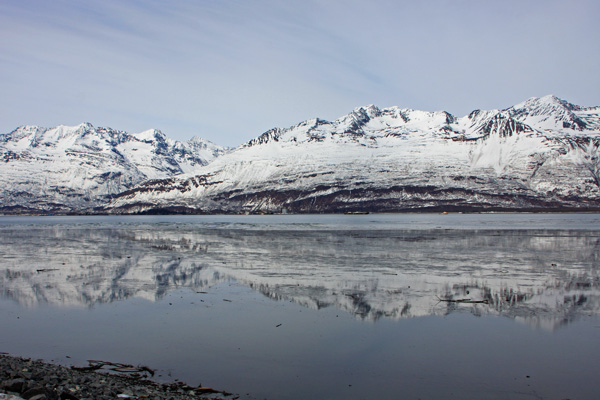 Unfortunately, Valdez is known to most people thanks to its oil spill in the 80's when the Exxon Valdez ran into a reef just outside the bay. The North American pipeline, which runs all the way through Alaska - North to South - ends in Valdez where the oil is transported further on ships.
There is a lot more to the Valdez area than oil, though. In the summer months, it is mainly a fishing town and a gateway for hiking and glacier tours. During winter, it is the base for snow adventure sports. 48 km (30 mi.) from Valdez is the Thompson pass, from where you can enter the Chugach mountains by helicopter, snowmobile or on foot for some of the most amazing snowboarding and skiing there is on the planet!
> More snow and ice
1 2