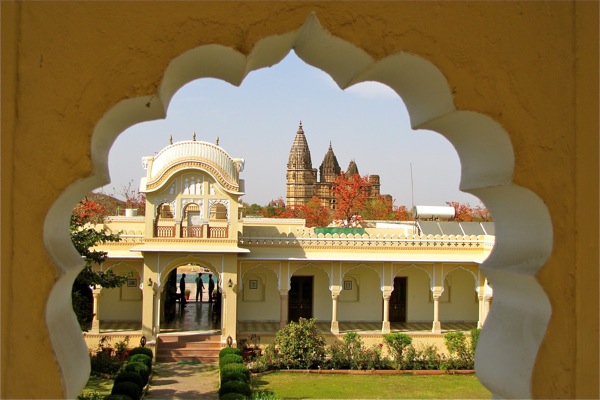 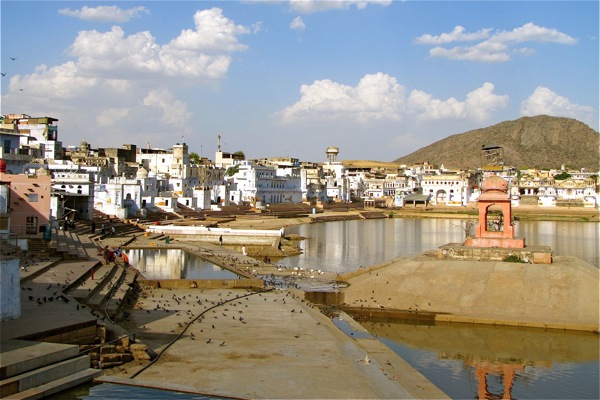 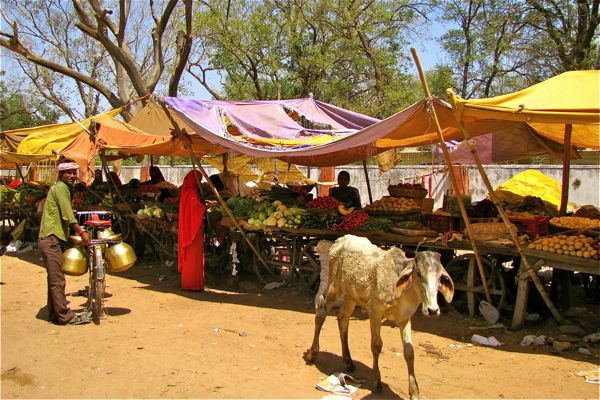 When you visit the Taj Mahal, it is obvious why the monument is on the list of The Seven Wonders of the World, and you'll be amazed at how large the old mausoleum actually is. It took approx. 22 years to build it, and it was completed in the year of 1653. The Taj Mahal was built by the Moghul Emperor Shah Jahan in honor of his third wife Mumtaz Mahal, who died giving birth to the couple's 14th child. Her coffin was placed in the middle of the monument, and when the Emperor died approx. 20 years later, his coffin was placed next to hers. So besides that it is a beautiful and impressive building, it also has a romantic history. There are always lots of tourists, but the area is so big that it does not spoil the experience.
> Photo gallery
> More UNESCO sites, Asia 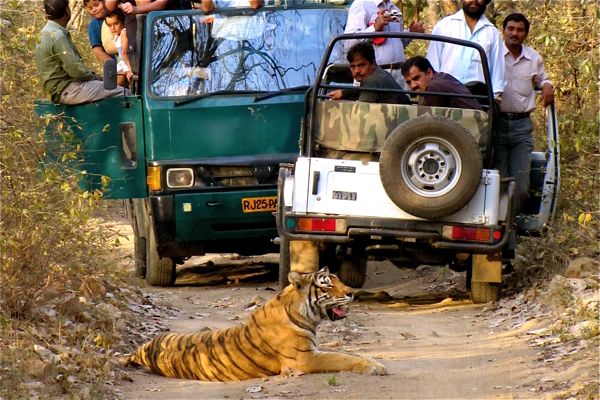 Ranthambore National Park is one of the largest national parks in North India, and this is where you have the best chances of spotting the endangered tiger. Besides wildlife such as crocodiles, monkeys, various species of deer, wild pigs, jackals, leopards, birds and peacocks, there are also ruins of an old fort in the park. There is a lot of control over how many jeeps are allowed in the park per day â€“ what times they may drive around and what routes jeeps may take. It is therefore a good idea to pre-book space in a vehicle. Safari here is not like going on safari in Africa, where there are large groups of game, so if you do not spot a tiger on a game drive, a safari here can be quite disappointing. But when one of the large animals suddenly appears in the middle of the road, it is very exciting!
> Photo gallery
> More safaris 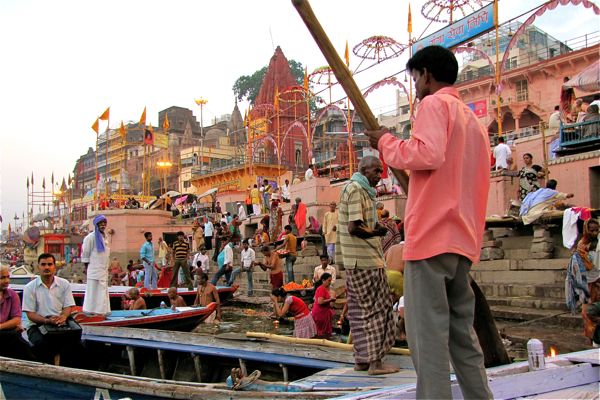 Varanasi is the holiest city in India. Traffic in town is insane, and you really have to be careful in the vast tangle of bicycle rickshaws, cows, motorcycles and cars. Around two million inhabitants live there, but the city is also constantly visited by approx. half a million pilgrims and sick Hindus, who come there to die. The River Ganges runs through Varanasi, and cremations and Hindu rituals take place along the river bank. At the same time Hindus believe that a bath in the river and a sip of its water is sacred and spiritually cleansing. However, the water is so polluted that 1 liter contains 1.5 million faecal coli form bacteria - usually bath water must contain less than 500 of these!! So donâ€™t go swimming with the Indians, unless you want to experience an Indian hospital as well ...
> Photo gallery 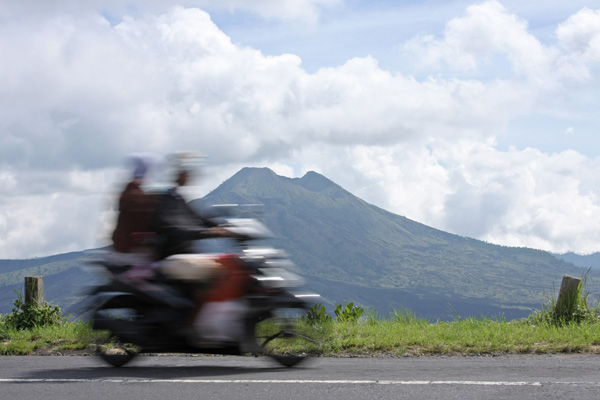 With this semi-loop, you will see a lot of great temples, get incredible views of rice terraces, pass rumbling volcanoes and just drive some darn nice winding roads from the hot lowland in the south to the wet and misty mountainous inland back down to humid north coast just to return to the chilled mountains. The first leg to Jatiluwih can even be done on potholed back roads if you really want to experience the calm and tranquil life of the ordinary Balinese people in the countryside. Rent a scooter and off you go, but keep in mind that accommodation outside the tourist areas can be scarce.
> Photo gallery
> More road trips 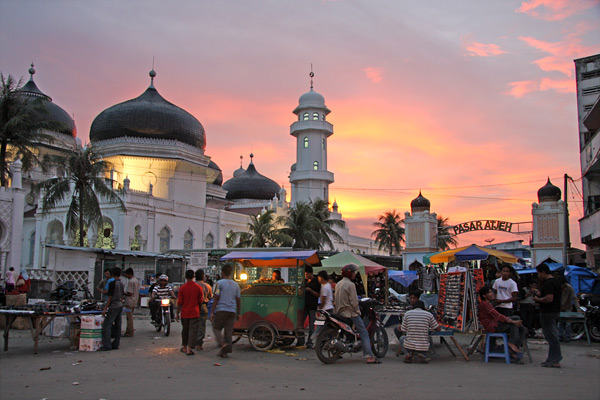 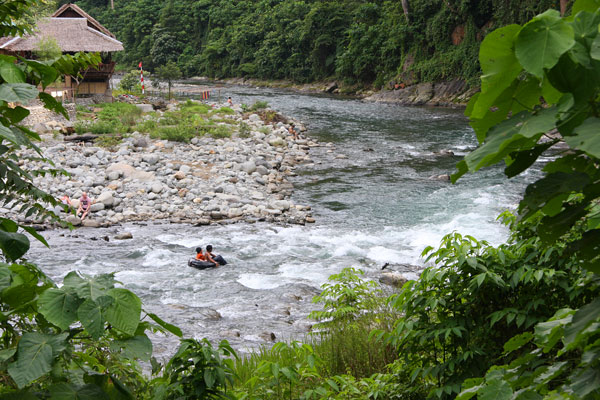 Bukit Lawang is a small tourist village setup inside the Gunung Leuser National Park. It is famous due to the proximity to the orangutan rehabilitation centre just across the river. There are lots of alternative "backpacker" accommodations on the river bank and banana pancake can be found on the menus. Though seeing orangutans at the feeding platform is the main thing for most visitors, jungle treks and wildlife watching can be done inside Gunung Leuser NP and you can go tubing on the river on those lazy afternoons (but check the water level first - in 2003, the whole place was washed away by a huge flash flood).
> Photo gallery 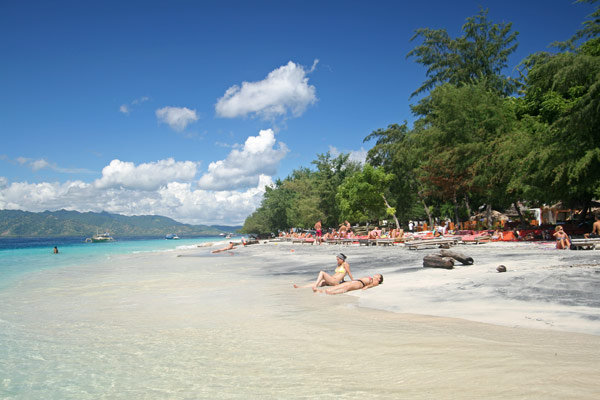 The Gilis, as they are called, are three small palm fringed islands with long sandy beaches. They are surrounded by warm turquoise water with descent corals and excellent marine life, making it a world class dive spot, with equally good snorkeling with chances to see turtles right from the shore. The three islands all have a different vibe; Gili Air is the local island with more traditional life than the others, Gili Meno is the smallest and for those who want to chill, while Gili Trawangan is the party island with something for everybody. There are no cops nor traffic on any of the islands, beside horse carts and bicycles, and very little Bob Marley. Sounds like paradise on earth? Well, it is pretty darn close.
> Photo gallery
> More beaches, Asia
1 2 3 4 5 6 7 8 9 10 11