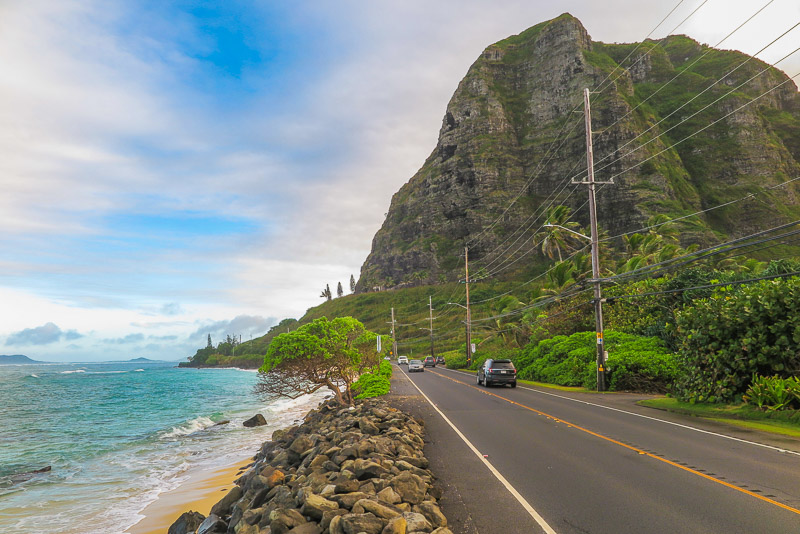 The prettiest drive on O'ahu is probably along the stunning northern coastline from Heeia State Park to the surf town of Hale'iwa. From east to west it follows the Kamehameha Highway along the Windward Coast at the foot of the dramatic sheer cliffs of Koolau mountain range. Some sections of the road are so close to the wateredge, that large waves splash the tarmac. The sights along this section include Kualoa (scenic valley used in movies) and Kahana Bay (serene beach). The road wraps around the most northern tip of O'ahu and continues along the North Shore, which is famous for its beaches and surf spots, which include Sunset Beach (big wave surfing), Banzai Pipeline (tube surfing), Shark's Cove (snorkeling and diving), Waimea Bay (surfing), and Laniakea Beach (green sea turtles).
> More road trips

On December 7th, 1941, just before 8 am, hundreds of Japanese fighter planes attacked the US naval base at Pearl Harbor. More than 2,400 Americans died in that attack and 1,143 were injured. The day after USA declared Japan war and entered WWII officially.
Today Pearl Harbour is still an active US naval base, but there are four historical sites, all accessed from the visitor center. USS Bowfin Submarine Museum (at the visitor center), USS Arizona Memorial (reached by free shuttle ferry), Battleship Missouri Memorial (on Ford Island, take the free shuttle bus from visitor center, Pearl Harbor Aviation Museum (also on Ford Island, take the free shuttle bus). The visitor center has several displays and memorials, and is free of charge. So is the USS Arizona Memorial, but you will need to reserve tickets, as there is a daily limit. The last three historical sites all have admission fees. 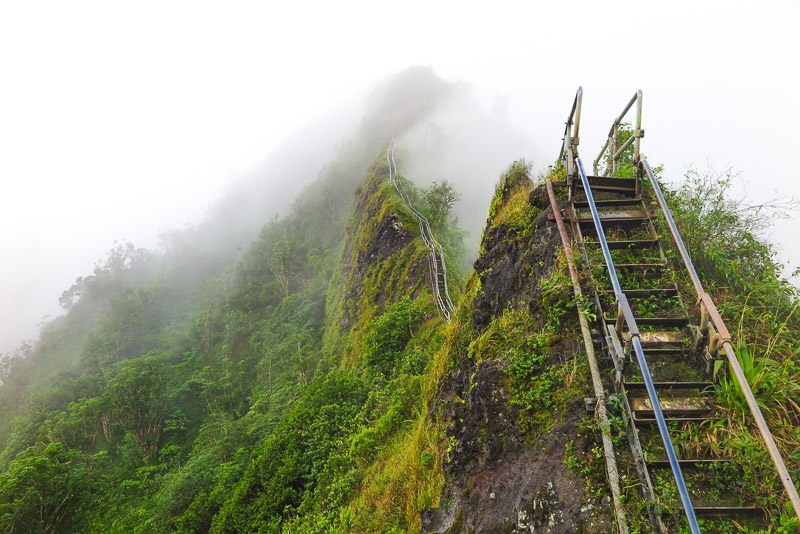 This hike is more of a climb and is absolutely only for thrill seekers. The trail is officially closed, so you have to enter the grounds the "alternative way" (through a hole in the fence and then circumvent a guard) to get to the start of the trail. The trail is also called Haiku Stairs and was originally laid out with wooden ladders during WWII to reach a secret radio station. During the 1950s the stairs were replaced with metal ones. Though the steps and rails since have been repaired (latest in 2003), there are several mangled sections and even some broken steps. Some sections are nerve-racking steep, while others are balancing on a razor-sharp ridge with deep vertiginous drops to both sides. The trail ends at the broken satellite (756 m), where it's either the same way down (another 3,922 steps) or follow a longer trail with mud and ropes.
> More trekking 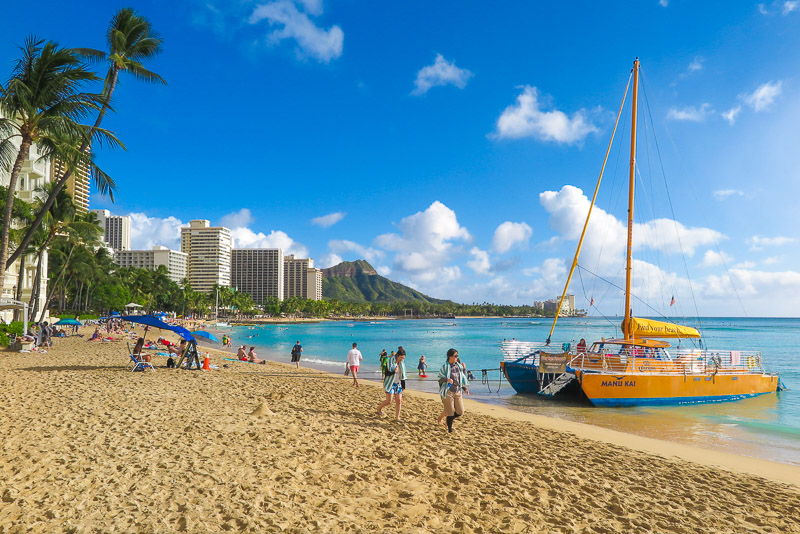 Many people associate Hawai'i with Waikiki Beach. This iconic beach in Honolulu has been famous for surfing for more than a century. Today the two-mile golden sand beach is lined high-rises and resorts, and is still the place to be - also when the sun sets and all the restaurants and bars come alive. Waikiki Beach actually consists of eight individually named beaches. The first is Duke Kahanamoku Beach at the Hilton Hotel and is one of the most popular due to the protected swimming area. The next is Fort DeRussy Beach Park, which has grassy patches with palm trees and picnic tables. Gray's Beach is the next, though the beach is almost eroded away. Next up is Royal Hawaiian Beach, which has a lot of watersports. Kuhio Beach is right after, which is popular due to its protected swimming area. Queen Kapiolani Beach is great for bodyboarding on the rolling waves along the Waikiki Wall. Next is San Souci Beach, which is off the hotel strip and therefore popular with locals. It's also one of the best snorkeling spots on O'ahu Island. The last of Waikiki beaches is Outrigger Canoe Club Beach, which can be accessed either by walking from San Souci Beach at low tide or through an alleyway between the hotels. Remember, all beaches in Hawai'i are public.
> More beaches, Americas 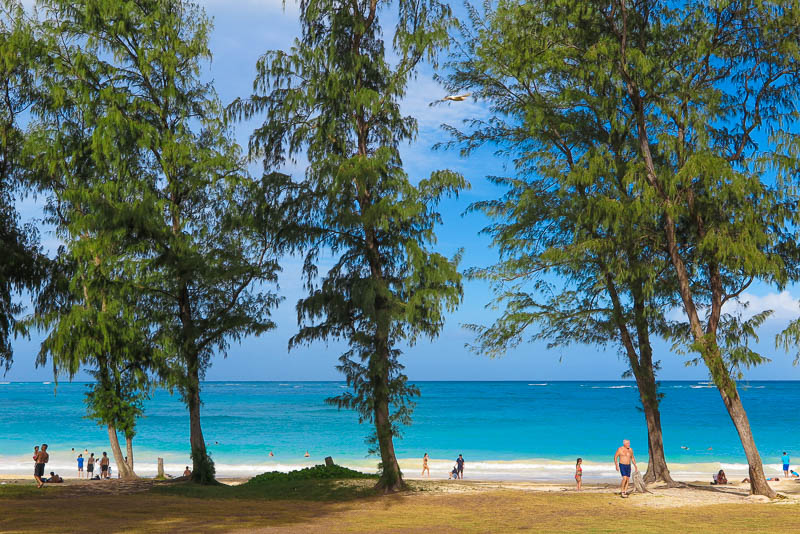 Most will rank Kailua and Lanikai as the best beaches on this side of O'ahu, but Waimanalo Beach is another great candidate. It has the same turquoise waters and soft white sand, but it's also has shady towering trees and is beautifully set on backdrop of steep mountains. It's located right next to Kalaniana'ole Hwy, so it's even easy to reach. However, the beach park is also an unofficial tent camp for homeless people.
> More beaches, Americas
1 2