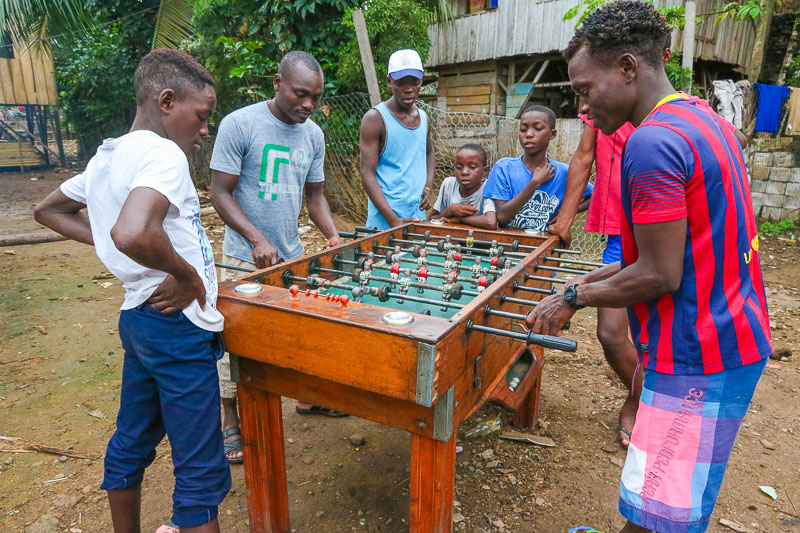 The further south you go on Sao Tome Island, the less villages there are. Porto Alegre is the last village on the east coast. From the distance it looks like a beautiful fishing village framed by tall coconut palms, however up close it's a bit more grim - but not necessarily less interesting. The people are easy going and used to nosy blancos as there are several resorts in the area. 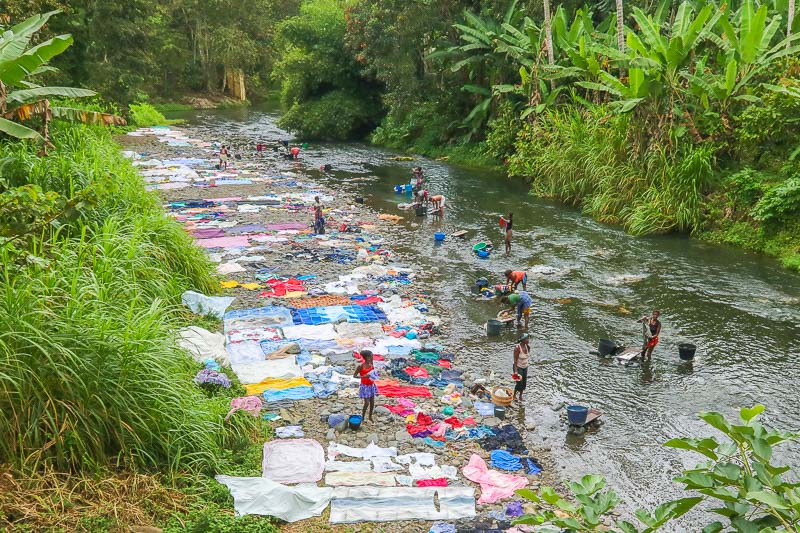 Clothes washing in the countryside in Sao Tome is mostly done in the rivers - along with dishwashing and sometimes bathing. Then all the materials are laid out to dry in the sun. This is not an unusual practice in Africa, but the clean rivers and lack of garbage is. Sao Tome is great - also in this regard. 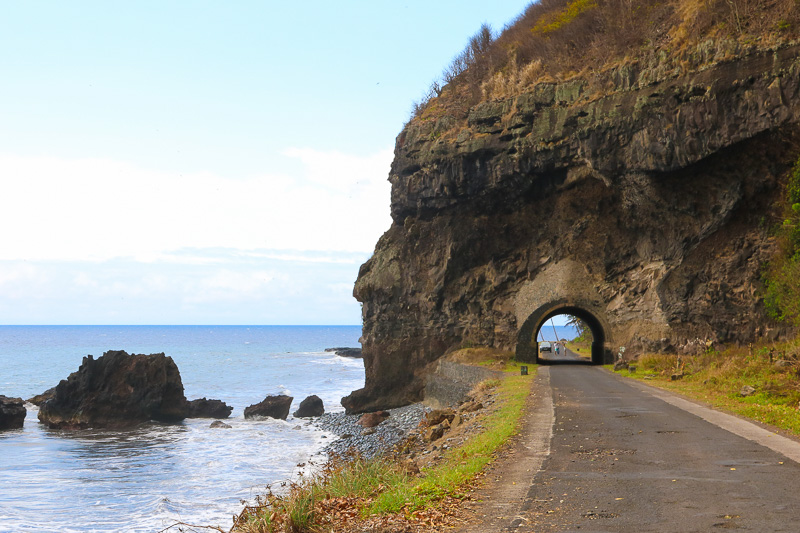 Driving in Sao Tome is really spectacular and the northwest road isn't any different. For long sections, the road follows the wild coastline and offers unmatched views of stone beach after stone beach. Near the very end, at the village of Santa Catarina, is what probably is the only tunnel in Sao Tome. The tunnel is another popular photo opportunity. 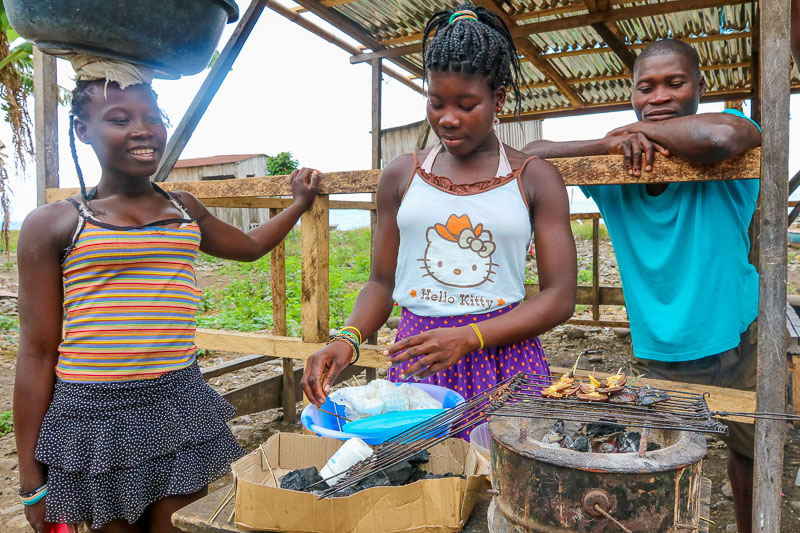 Santa Catarina is the last village before the main road turns to jungle road. There are many wooden canoes and a few street venders - else not much. But the roadtrip to Sante Catarina is spectacular with views of the forest covered mountains and black sand and stone beaches. 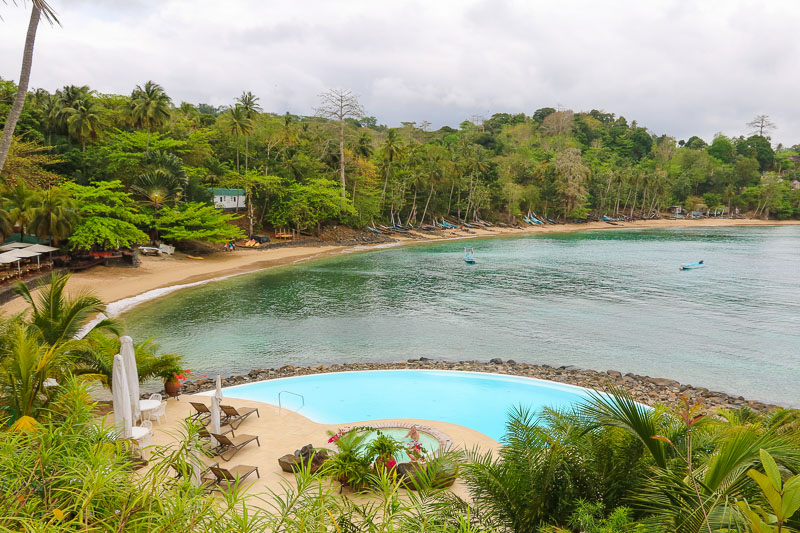 Half of Santana Beach is taken up by the village while the other half is occupied by the luxury resort Santana Club. The resort has jacuzzi, infinity pool and swaying palms, the local section has fishing boats and swaying palms. It's a bit of a contrast between the resort guests and the villagers, but they seem to coexist in harmony.
> More beaches in Africa 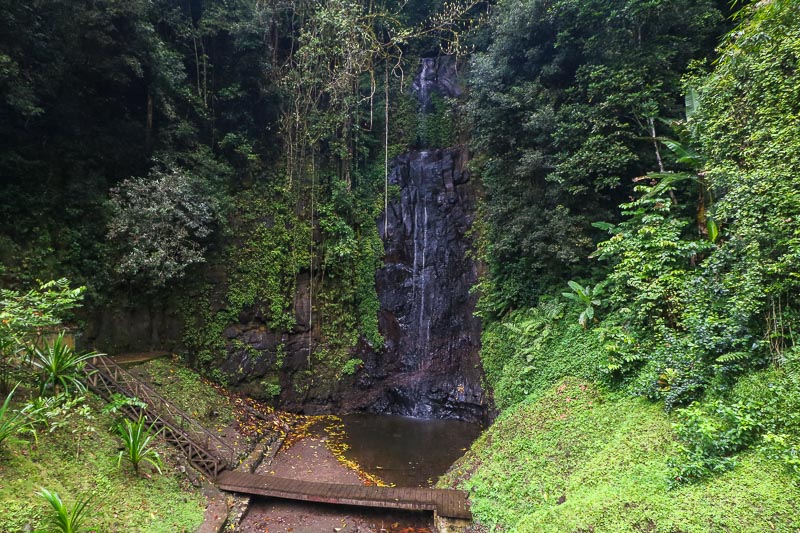 The central highlands have many waterfalls, but São Nicolau Waterfall is probably one of the easiest to reach, as it's right next to the road. The winding and bumpy mountain road has beautiful views over green gardens and lush jungle and is a destination of its own. There is a natural pool at the base, where you can take a chilled dip.
> More waterfalls 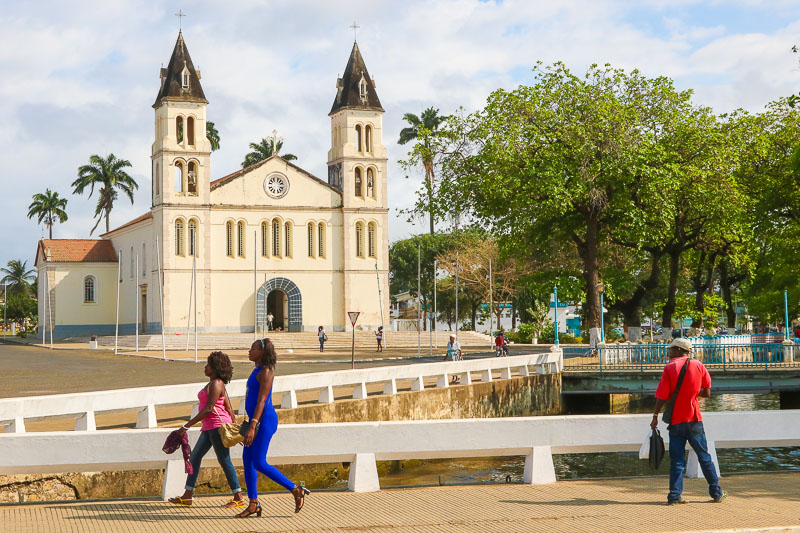 The capital of São Tomé and Príncipe is also called São Tomé. Though a third of the nation's total population of about 200,000 lives here, it feels like a giant village, wonderful lively and compact. Most buildings are worn out, even the colonial ones, but the town has plenty of charm and character. The waterfront is interesting and so is the open market, if you like people watching.
> More African capitals 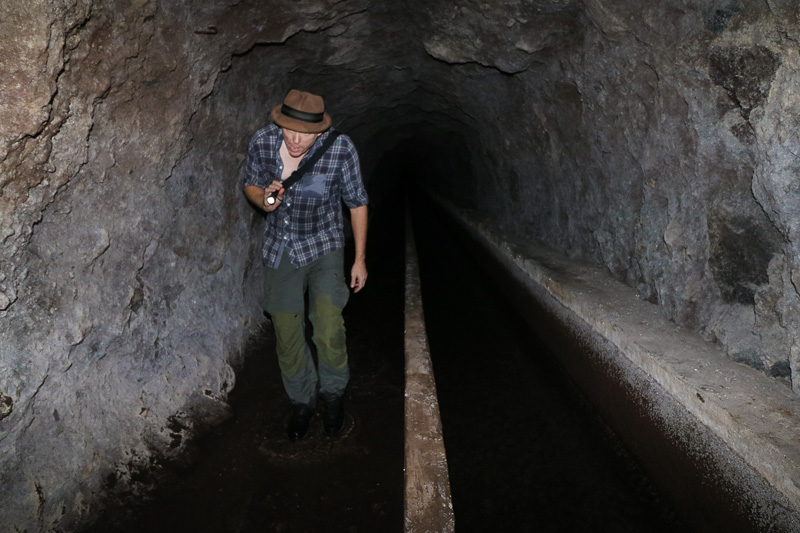 This hike goes through six pitch-black tunnels with water channels high up in the jungle-covered mountains close to the Obo National Park. It's a 3-5 hours roundtrip back to the parking place (where the mark on the map is). The first bit takes you uphill through the jungle, while following a water pipe. The trail becomes narrow at some points with dangerous steep drops. Keep going to you get to a proper bridge with trails on both sides, do not cross but stick to the trail on the same side. A viaduct will soon cross the trail high above your head. Follow it to the first tunnel. Though the water runs in a separate channel, the path is muddy or just full of water. Angolares Waterfall will be right after the first tunnel. The second tunnel is really long with two bends and the third tunnel is full of small bats. Bring flashlight and proper footwear. It's a truly unique hike, which has no match anywhere in the world (to our knowledge).
> More trekking
> More underground places 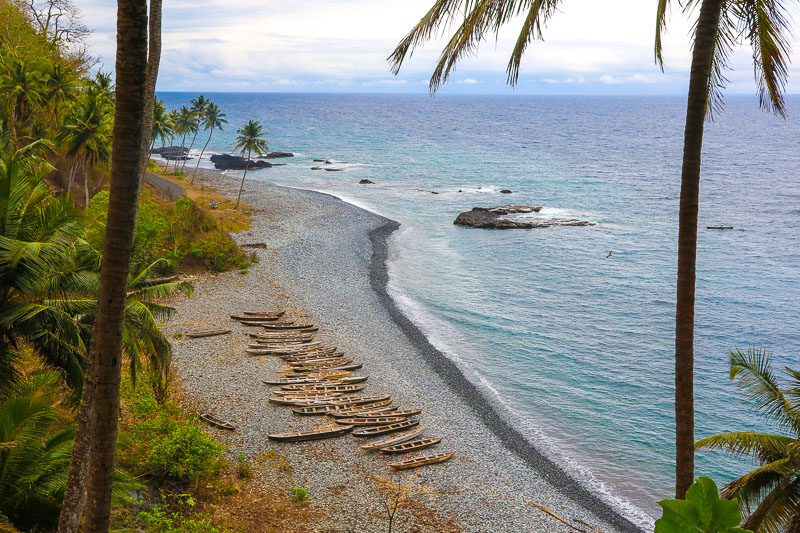 As you travel towards Santa Catarina from Neves on the nordwest coast of Sao Tome Island, the road makes a steep descend. From the top is a magnificent view of the stone beach below, where there normally are many wooden canoes, some in the making. The viewpoint is a mandatory photo stop.