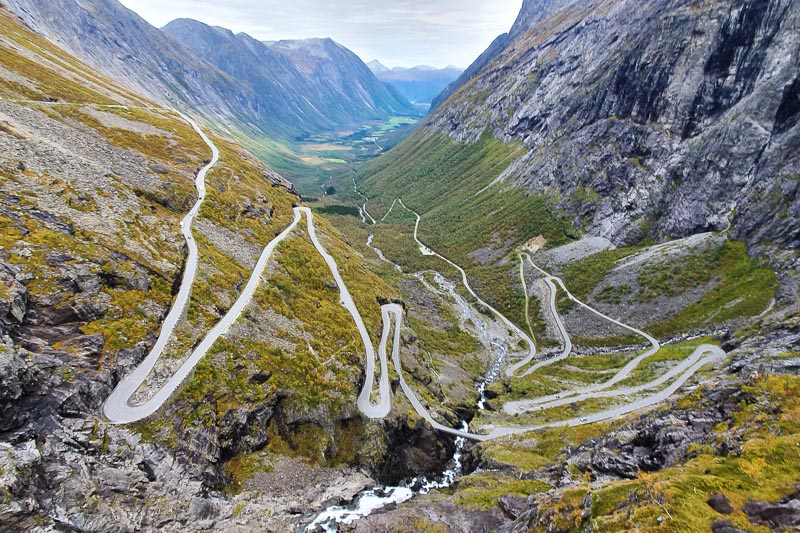 Of all of Norway's crazy roads – and there are lots of them – this is perhaps the most thrilling. The serpentine road winds its way up to the mountain pass in sharp hairpin bends with 10% incline, while waterfalls are tumbling down the mountain sides. The road is two-way, but many sections are only wide enough for a single vehicle. Below the actual mountain pass is a visitor center with exposed viewing platforms that are even more hair-raising than the ride.
Trollstigen is part of country road 63, one of Norway's 18 National Scenic Routes, and attracts thousands of vehicles every day in high season. It's closed during winter due to excessive snow cover.
> More road trips 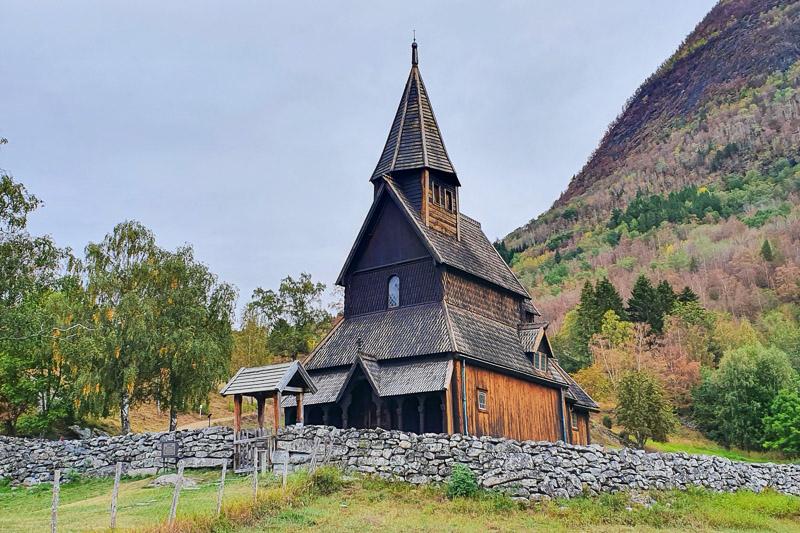 Of Norway's 28 remaining medieval stave churches, only Urnes is a UNESCO World Heritage Site. It was built around 1130, making it the oldest stave church, but it's also the most richly decorated. You can only visit the interior on a guided tour.
> More great churches
> More UNESCO sites, Europe 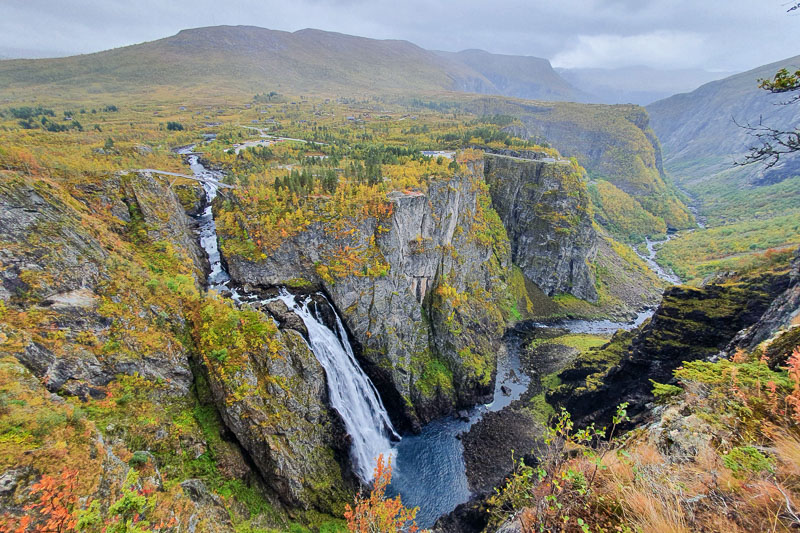 Vøringsfossen is perhaps the best known waterfall in Norway. Here the water plunges 182 down from the Hardangervidda plateau to the Måbødalen Valley below. There is a network of platforms at the top with the most hair-raising views. The network includes a bridge which crosses Bjoreio River right before the drop.
You can also hike to the base at the waterfall from either Fossatromma (3.7 km one way) or Storegjel (1.7 km one way) along the old road.
> More waterfalls 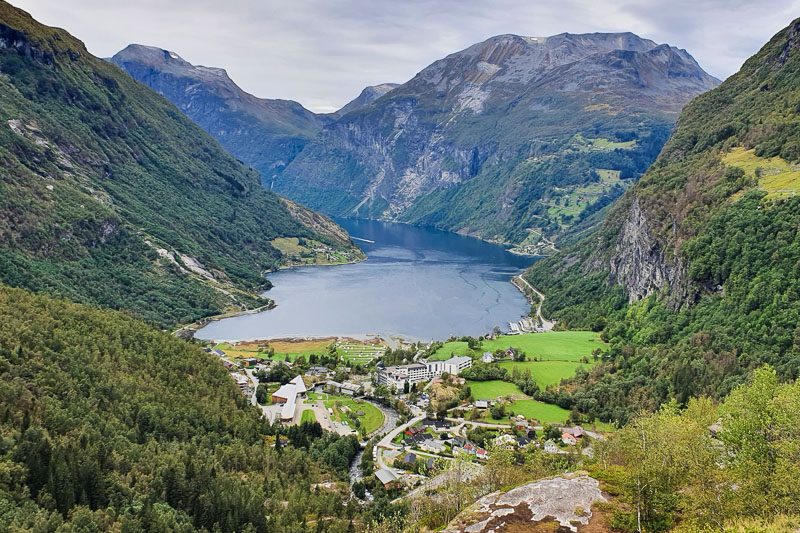 Norway is in general very beautiful and their tourist slogan "powered by nature" is spot on. But the West Fjords are so dramatic and spectacular that they have become a UNESCO World Heritage Site. The World Heritage Area comprises two areas; Geirangerfjord (pictured) and Nærøyfjord (which includes Aurlandsfjord). They are some of the longest, deepest, and most narrow fjords in the world. Flanked by mountains towering to 1760 m, Nærøyfjord is 17 km long and only 250 m wide at its narrowest point. The Nærøyfjord area has a great variety of landscape, ranging from naked peaks around the Fresvik glacier to sheltered bays with woodland. Geirangerfjord is by far the most popular, but do yourself a favor and visit both fjords.
> More UNESCO sites, Europe
1 2 3