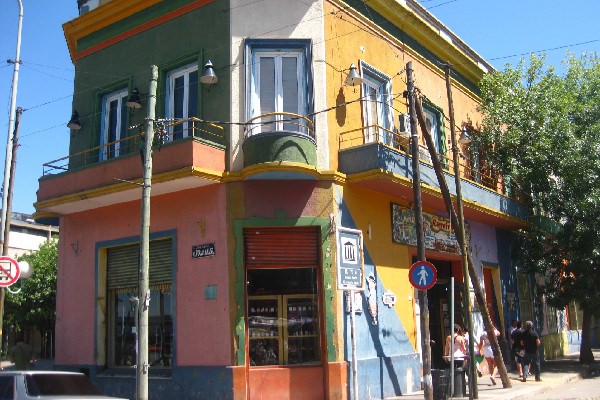 As one of the biggest cities in South America (and once known as the wealthiest in the world), Buenos Aires is the cultural and sporting epicentre of Argentina. There is everything from crazy nightlife and street performers to meat buffets and street crime all thrown into the one huge, dirty metropolis. In the upscale area of Palermo you can find high-end fashion and expensive restaurants. South near the docks is the famous area of La Boca home to not only the most patriotic football fans in the world, but a fashionable art scene with distinctive buildings lining the streets. In the heart of the city surrounded by a fragmented bus system is San Telmo housing antique stores and street markets, selling everything from live chickens to 19th century thrones. All over the city are huge parks that create relaxing areas for that afternoon mate and somewhere to digest the obscene amount of meat eaten at the buffets.
> More South American capitals 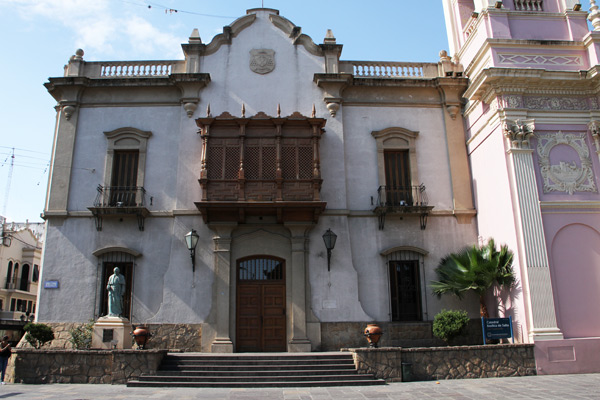 Salta is a beautiful colonial city, perfect to linger in for a couple of days. The centre of the city is full of churches, a cathedral and other beautifully restored colonial buildings. The MAAM (Museo de Arqueologia de Alta MontaÃ±a) is definitely worth a visit. It displays three preserved sacrificed Inca children that were discovered on a mountaintop at 6700 m altitude. To get an awesome view of the city, you can hike the steps up to the top of Cerro San Bernardo, about 250 m higher than the city. This trail up is a religious path with 14 stations (chapels). If these about 1070 steps are too much for you, the cable car is another way to reach the top. Locals use the steps as a workout. Don't forget to eat some empanadas while you are in Salta. The people from Salta say theirs are the best, but don't many Argentineans say this?
> Photo gallery

Ushuaia - the end of the world 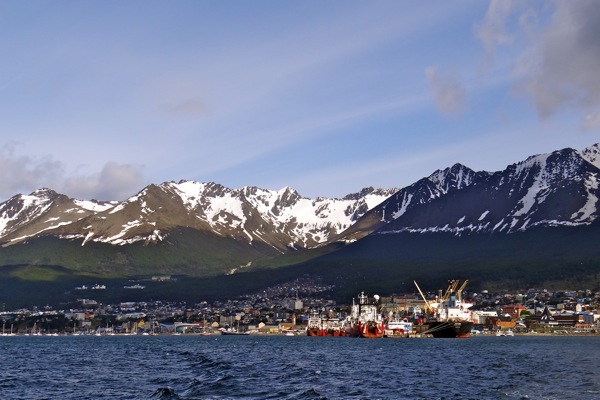 Ushuaia, located in the province of Tierra del Fuego, is the world's southernmost city. About 100,000 people live in the city, and it is from here that you sail south, if you want to travel to Antarctica. Ushuaia is an old prison colony, and you can still visit the city jail, now a museum. Besides the museum, there are plenty of activities such as trekking in the nearby national park, hiking in the mountains/glaciers behind town (you can take a ski lift up there all year round), horse riding and sailing. The city also has a lot of restaurants and you simply have to taste their delicious fresh king crab and beaver carpaccio, which are some of the area's specialties.
> Patagonia guide 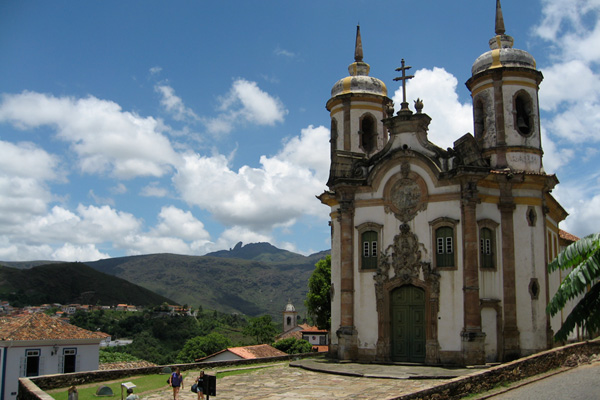 If there is one colonial town you should visit while in Brazil it should be Ouro Preto. It was here that the first steps for independence from Portugal were taken.
Since Ouro Preto is in Minas Grais state, one of the principal mining areas of the country, the city was very wealthy during the gold rush. It was the state capital for a while back in the 19th century. Now Ouro Preto is mainly known for its beautiful colonial and Baroque architecture. You can totally knock yourself out in visiting churches here. If you get tired of visiting churches just enjoy the chilled atmosphere or go for a hike just outside the city. 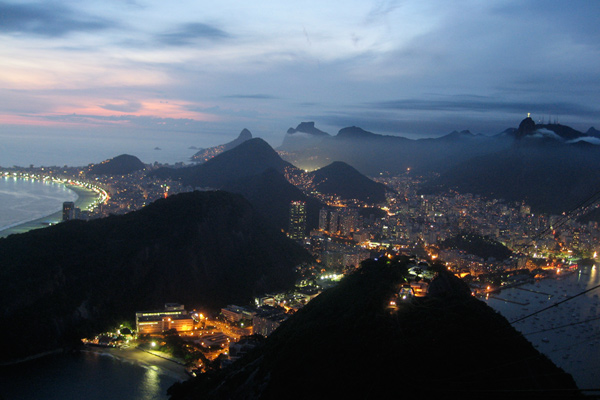 The marvelous city doesn’t need a lot of introduction. It is a city that you can easily fall in love with. Except for some colonial buildings in the city center, the architecture in Rio is not that pretty. The landscape however is amazing. The city spreads in between and on the hills. Mostly the wealthier places are at the bottom of the hills and the poor area’s, the favelas, are on the slopes . From the Corcovado, where the Cristo Redentor (Jesus) statue stands or from Sugar Loaf Mountain, you can admire this unique cityscape.
It is the general vibe though that makes the city so fascinating. From the hustle and bustle of the city life you can go chill on the beaches of Copacabana and Ipanema or head to the rainforest at the Tijuca national park, which is in (and surrounded by) the city.
To experience Rio just as the Cariocas (people from Rio) do, have some beers at the beach and then later at night go party with excellent Samba or other Brazilian music. A cidade maravilhosa! 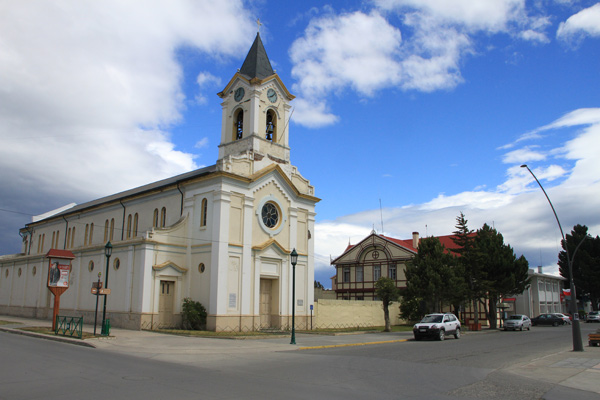 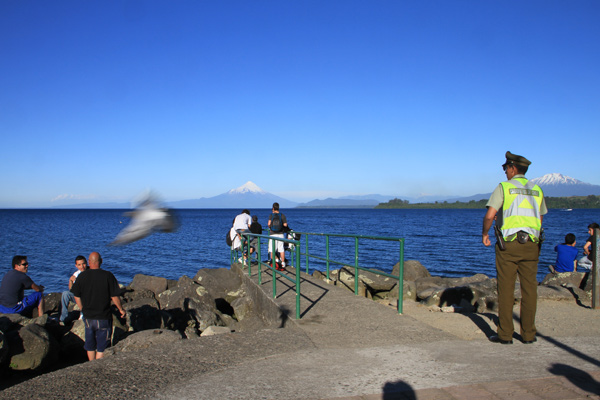 Close to Puerto Montt, from where you can travel south by ferry to Puerto Natales, and close to Bariloche just across the Argentinian border, Puerto Varas is a pretty town at the Llanquihue lake. What makes the town especially pretty is the view that you get from the lake shore. Two volcanoes dominate the landscape with the Osorno volcano standing out with its conical shape. On a nice day, people are drawn to the lake to go for a swim, chat, hang out or drink a beer, which is forbidden in public in Chile so they have them hide their booze while police patrols to maintain order. The town's history is still very noticeable. Around the start of the 19th century Europeans from German speaking countries were attracted to this town in order to further colonise the South of Chile and this you still feel strongly. 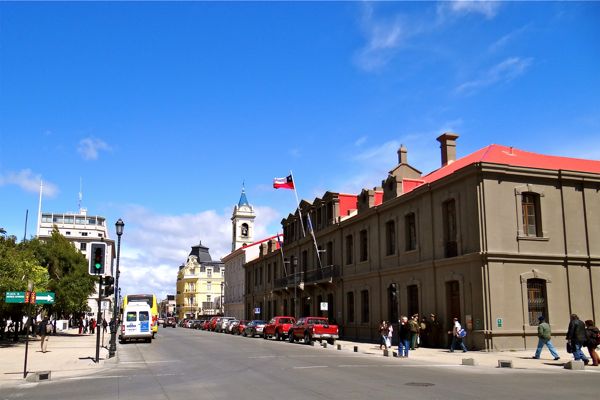 The city of Punta Arenas is Chile's southernmost city, and around 100,000 people live here. About a third of the population originates from Yugoslav settlers, which is reflected in the townscape, in particular in a lot of street names. It is a relatively big city with an important Chilean naval base and many restaurants and shops. In the city's central square a large statue of Portuguese explorer Ferdinand Magellan, who looks out towards the sea, is situated. The town also has a huge and quite special cemetery, where many of the city's historically leading citizens are buried. This city is definitely worth a visit.
> Patagonia guide 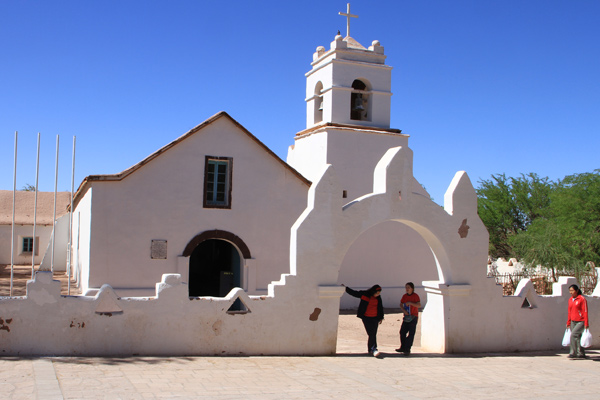 Travelling in the triple border region of Argentina, Bolivia and Chile it is hard to avoid San Pedro de Atacama. Not that youâ€™d want to skip this place because it is charming and pretty with a nearly constant view of the beautiful Licancabur volcano on the Bolivian border. Starting out as an oasis in the Atacama desert, it is now a major tourist destination. It has been able to keep its charm and houses are low with inner courts. The central plaza is pretty with the adobe church that has a roof made of cactus wood. Definitely worth a visit is the Le Paige Archeological museum that displays a quite impressive amount of ceramics and artefacts from the ancient inhabitants from the Atacama desert. The desert around San Pedro is rich with beautiful sites such as the Vale de la Luna, geysers, salt flats and lots more or you could simply go star gazing anywhere in the desert. 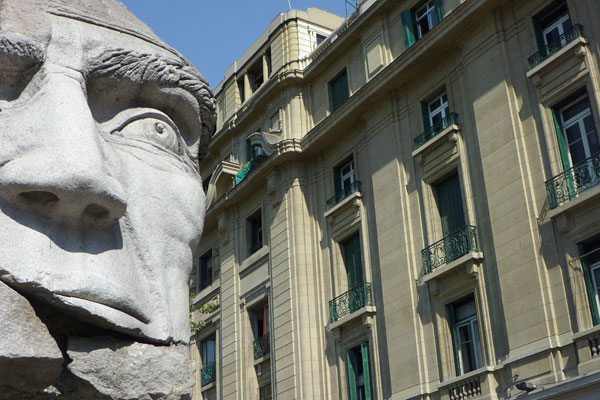 You are in for a surprise when coming to Santiago. The city is either surprisingly dull when going to some of the conservative suburbs, or surprisingly attractive when venturing into neighbourhoods like Bellavista and Barrio Brasil. Though those areas can seem a bit scruffy at the edge, they boast a down-to-earth bohemian vibe. The streets are either filled with abandoned shops with graffiti or artsy fashion stores and there are great eateries around every corner, ranging from fancy hip sidewalk cafes to charismatic restaurants.
> More South American capitals
1 2 3