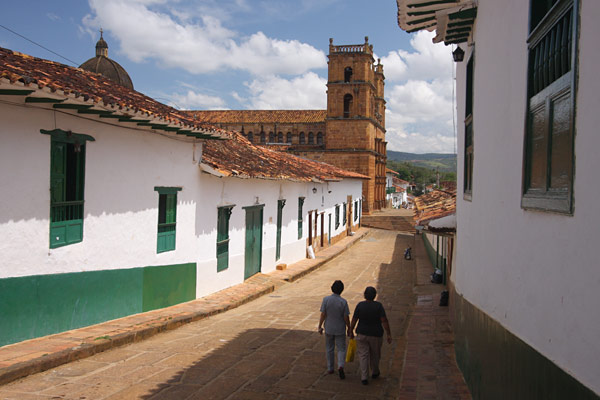 A beautiful tiny old colonial town up in the mountains. It is a short day trip from backpacker friendly San Gil, the white water rafting capital of Colombia. Ordinary people actually still inhabit Barichara, and though it has been restored, it is not tarted up. The colourful wooden doors, the whitewashed walls and the red tile roofs make it an easy target for snap happy visitors, but the risk of getting run over by local school kids rather than tourists is still higher. A couple of churches, a main square, and a maze of stone-paved streets are the top attractions... well, only attractions. The exact reason to come and spend a lazy day. 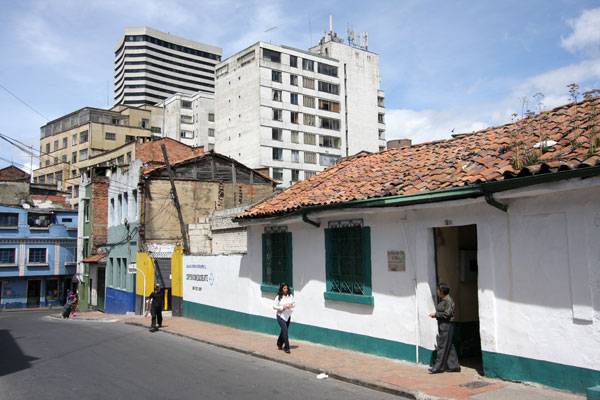 A big ghastly mismatch. Yes, the first impression of Bogota will probably not be pretty, but it is a city that grows on you. The fairly high altitude at 2640 m makes the climate like eternal fall, chilled, and with warm rays of sun. The old quarter, La Candelaria, has heaps to keep you busy with during the day, while the surrounding hills will offer great views over the city at sunset, before you hit the bars. So while there are not many reasons to come to Bogota in the first place, there are lots of reasons to stay a little bit longer if you do.
> More South American capitals 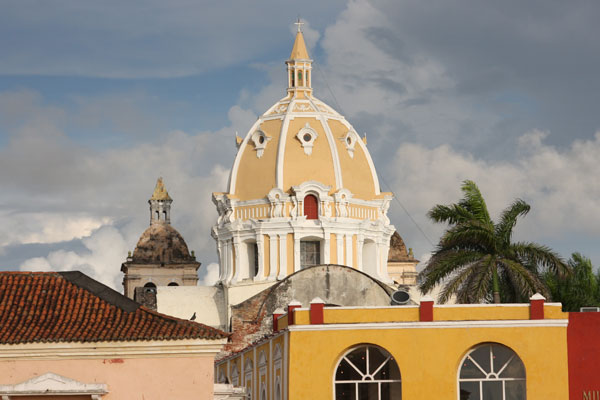 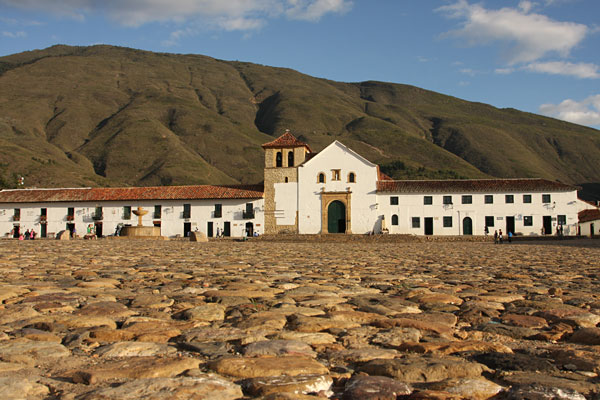 Villa de Leyva is another charming whitewashed colonial town. The Colombians might even say THE finest colonial village in the whole country. The houses are manicured, while the streets are still cobblestoned just as in colonial times. The main square is huge and strangely oversized compared to the otherwise small town (apparently the square is one of the biggest in South America). Due to the proximity to Bogota, some of the fine old colonial mansions are bought up by city slickers and the yummy selection of pastry shops and pizzerias shows it. Surrounding the town is some very lovely countryside inhabited by traditional highland farmers. A trip around the neighbourhood will take you through smaller villages, hilly farmlands, national parks and even dinosaur findings. 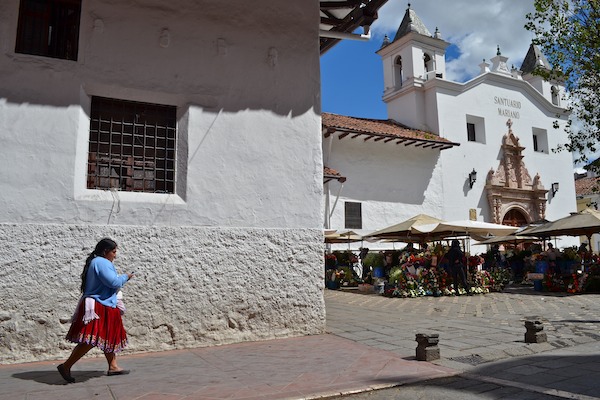 With comfortable year round temperatures, ever improving infrastructure and countless beautifully restored historical building, the UNESCO listed city of Cuenca has certainly caught the eye of retired expats around the world. But for the average travellers, Cuenca is simply a quaint town with a wonderful Old Town. While individual building may not be as big as those in Quito, they are arguably more ornate and intricate. Not to mention Cuenca is much more laid back than the country's capital. There's also the added bonus of some cool day-trips to ruins or national parks. Cuenca seems to have it all going for it.
> More UNESCO sites, South America

In the Amazon rainforest 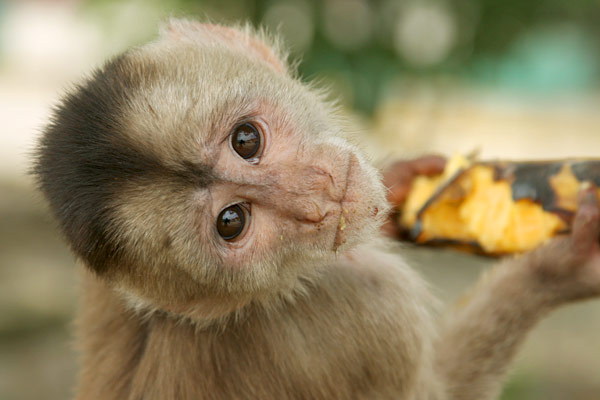 A small settlement on the river bank where Rio Napo and Rio Misahuallí­ meet. The road does not ends here, but if you want get any further into the jungle a canoe is necessary, which luckily can be hired along with guides. Puerto Misahuallí­ is not as popular as Tena, the rafting capital of Ecuador 20km away, as a launching place for trips into the Amazon, but it is far more charming. The peace in town is very slow (to the point of boredom) and the most exciting activity is monkey watching at the square. Things to visit in the area include caves, waterfalls and tranquil village life, but don't expect any naked natives, beside the cheeky monkeys. 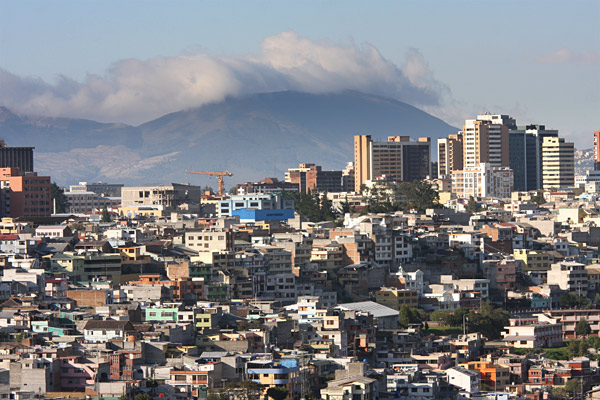 Nobody will claim that Quito is pretty, but it does have its charm if you scratch the ugly concrete surface. The city is spread out along the valley at the foot of the Pichincha volcano, which certainly gives you some nice views. The old town (centro historico), which has been an UNESCO heritage site since 1978, has its fair share of colonial buildings and more than a handful of wonderful old churches. Check out the unfinished and rather drape neo-Gothic church, Basilica del Voto Nacional. Instead of having the usual mythical figures, the spires are decorated with Ecuadorean fauna, like Galapagos tortoises and penguins. Quito is not the best place in Ecuador, but neither is it as horrible as its bad reputation.
> Quito guide
> More South American capitals
> More UNESCO sites, South America 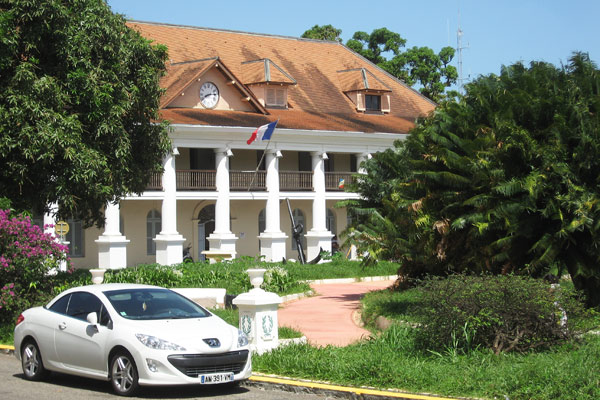 Most of the time, there isn't too much exciting stuff happening in Cayenne, except for sitting at a café on the central palm-filled square and watch life go by while drinking a coffee or pastis. The city centre of the capital of French Guiana is small and has a few pretty colonial houses, but nothing too noteworthy to see. The old fortress is pretty much decayed, but from this hill you do get a view over the river and the city. The market, however, is an exciting place and represents the population of this part of the world well: a mix between African, Asian, Amerindian and European.
During Carnival time in January/February, the normally mellow Cayenne totally livens up. The carnival has a unique tradition of Touloulous and Tololos: women wear masks and dresses that make them totally unrecognisable. They invite and seduce men into dances, without the possibility for them to refuse. This tradition and the carnival are on the rise and getting bigger every year.
> More South American capitals

At the border to Suriname 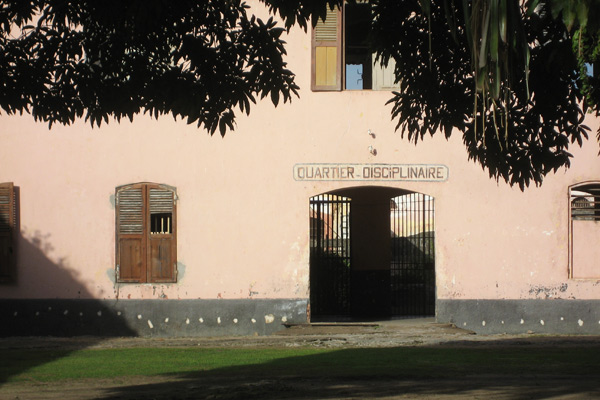 This small town at the Maroni river with cute old wooden French houses makes the border to Suriname and owes its existence to its deportation and prison camp. It is here that all French prisoners arrived to be dispatched to the camps all over the country. Several of the prison houses have been renovated and are now used as offices but one section of the prison remains at it used to be. Here you can visit the isolation cells and other rooms where the prisoners were chained. It is intriguing to see the inscriptions prisoners made on their cell walls, the lines they drew to count the days or the messages they left behind. The most famous prisoner here was Papillion, who wrote a (fictional) story of his stay in St-Laurent and on Îles du Salut and of all his escapes. The book was eventually made into a Hollywood movie. In one cell, his name can still be seen carved in the floor. Whether this is real or fake is a different story. 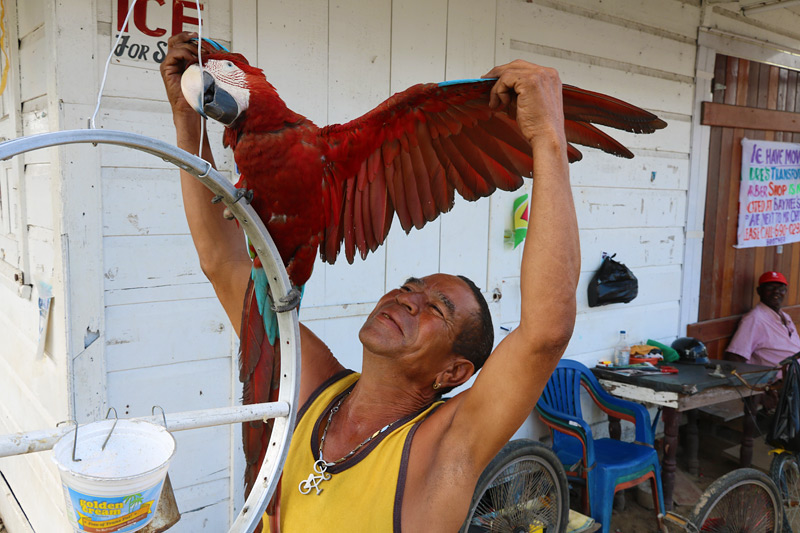 Bartica is a trading town for the mining people further in the jungle. Here they sell their gold and buy new rubber boots or machinery. The town has been growing in the recent years, so it's fairly civilized with sealed streets, lots of guesthouses, and even banks with ATMs. But there is still a small covered market and on the other side of town something that could go for a beach. There are lots of interesting characters hanging out in the streets, all friendly and curious about any foreigner passing through. The easiest way to get to Bartica from Georgetown is by bus to Parika and then speedboat.
1 2 3