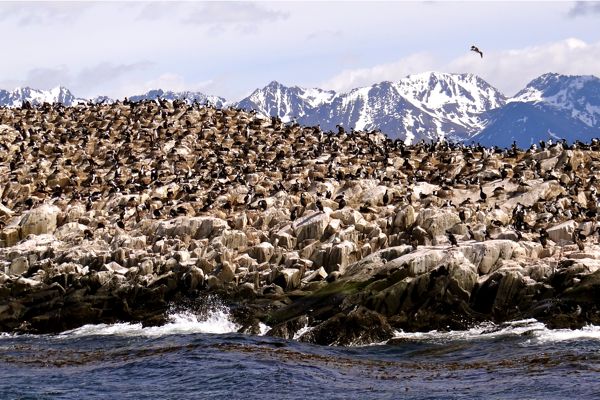 If you visit Ushuaia, it is a definite must to cruise the Beagle Channel, and there are plenty of agencies at the port which offer sailing trips. It is beautiful to see the town from the sea flanked by snowcapped mountains / glaciers, and the many small islands inhabited by sea lions, penguins and lots of different bird species. You can also go ashore on several of the small islands and observe nature and wildlife up close. In the middle of one of the other small islands, Faro del Fin del Mundo is located. It is a famous lighthouse, that sailors throughout time have used to navigate by in the surrounding dangerous waters of Drake Passage and the Magellan Strait. Besides enjoying the area's rawness and beauty, it is a very special feeling to sail at world's end - literally.
> Patagonia guide
> More boat journeys 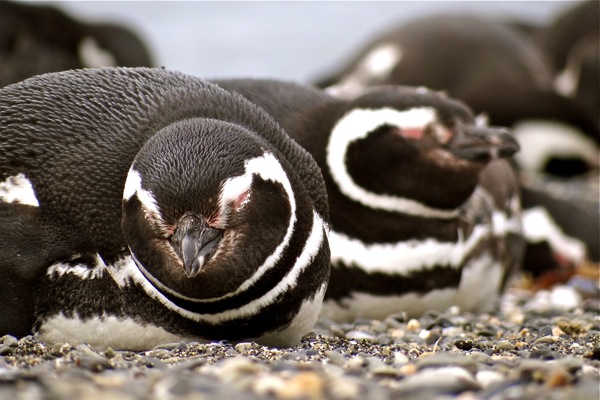 Approximately a half hour’s drive from Ushuaia, you can sail out from the small village of Estancia Harberton to the protected penguin colony Isla Martillo. There are two different species on the island - small black and white Magellan penguins and Gentoo penguins, that have orange beaks and feet. Here, you are lucky to get unusually close (maybe too close) to both penguins on the beach, and while they nest their eggs. Magellan penguins nest their eggs in small caves, while Gentoo penguins lie on open nests. If you are at Estancia Harberton anyway, you can visit the small and old-fashioned naval museum with different mammal skeletons - both inside and outside the building.
> Patagonia guide 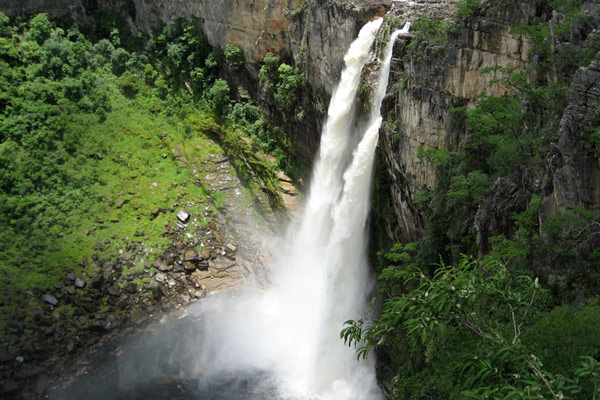 Only a few hours away from the capital Brasilia, in the state of Goias, is the Chapada dos Veiadeiros. A National Park great for hiking with plenty of waterfalls where you can cool down and swim.
The Vale da Lua (valley of the moon) is part of the National Park. This is where a river runs through a landscape of boulders smoothened by the river making is seem a bit like a moonscape. It is fun to follow the river jumping from boulder to boulder and eventually jump in the water.
Both towns nearby - Alta Paraiso and São Jorge - are quiet and typical towns of the interior of Brazil. At night you can chill at a local bar and with some luck the locals will start playing music and start singing Brazilian country songs.
> More waterfalls 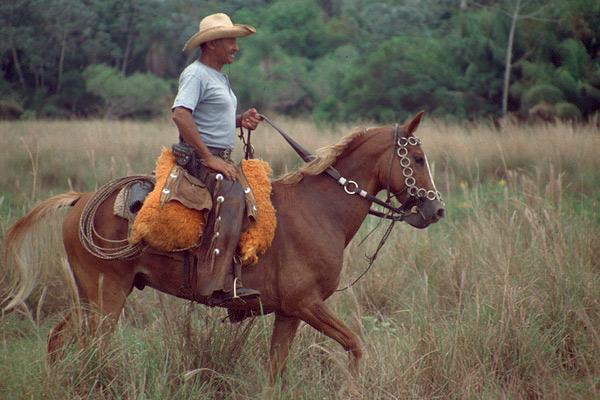 These wetlands in the South West of the country, in the states of Mato Grosso and Mato Grosso do Sul, is one of the the best places in the country for seeing wildlife. You'll have to take a tour for a few days or stay at one of the Fazendas (farms) who organize trips in the countryside.
Of course, as with all wildlife viewing, you'll need some luck but with a decent local guide you have a good chance of seeing capybara, tapir, anteater, armadillo and anaconda. For sure you’ll see cayman and many parrots and you can go horseback riding and pirana fishing. The Pantanal also has many jaguars but don't count on seeing those.
The Pantanal is not just a tourist area but also a cattle breeding area so you'll probably bump into some real cowboys. 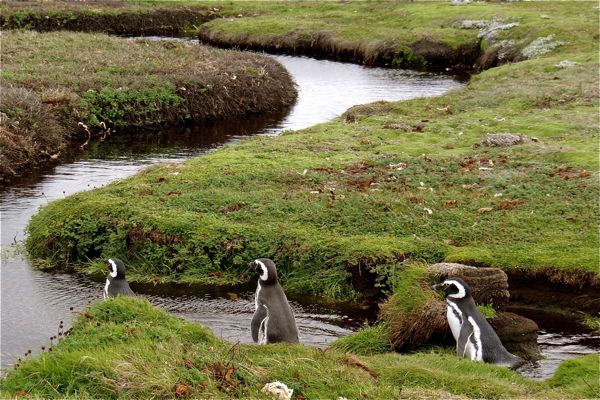 Approximately one hour by car from the town of Punta Arenas, you find Otway Sound penguin colony. It is the result of a successful project, that has expanded the number of the once endangered penguin species. The area is protected and you must remain on the marked trails - but from there is great opportunity to see the small black-white Magellan penguins both on the beach and in the green areas. You can also spot hares, ostriches, flamingos and many other bird species from the specially-built lookout towers. As in most parts of Patagonia, the landscape here is also cold and windy - even in summertime.
> Patagonia guide 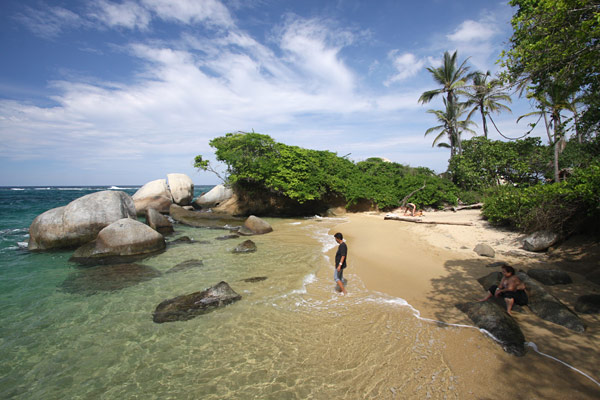 This national park is famed for its beautiful beaches. Stretches of sand that slopes into turquoise water and surrounded by soft boulders and dense jungle. There are no roads, only trails leading you from one bay to the next. Small eateries and simple accommodation (hammocks and cabanas) make out the development on this stretch of else wild coast. Tayrona Indians are still inhabiting the forest and you might catch a glance of them while looking for birds and howler monkeys. The park is understandably very popular with locals, but it is not hard to find your own patch of Caribbean paradise under the palms.
> Photo gallery
> More national parks in South America

© Joe Scarangella
Free is a good price. Easy is (often) the right amount of effort. And awesome is an excellent standard. Put all three together and you get the wonderful El Cajas National Park. One of the most easily accessible parks in Ecuador, El Cajas is a short hop from the town of Cuenca, using public transport. Despite having to register in the park (for safety), getting free maps and birding guides and having the best marked trail system in the country, El Cajas still does not charge an entrance fee. With some 270 lakes and lagoons at 3,100-4,450 meters above sea level, the 285 km2 park has plenty of opportunity for short walks, extended hikes and multi-day camping expeditions. And the only other visitors you'll have to share the place with are a few wandering llamas. Easily one of the best parks in the country.
> More national parks in South America
> More trekking 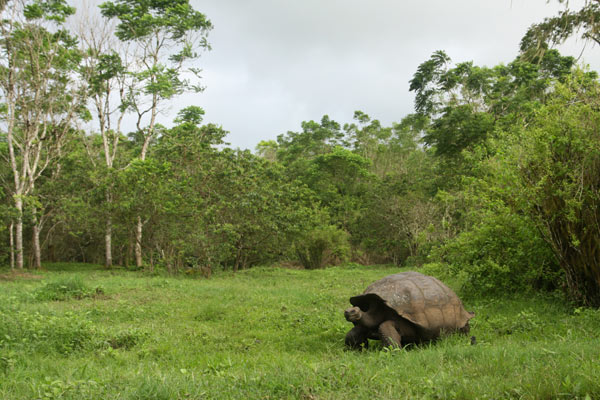 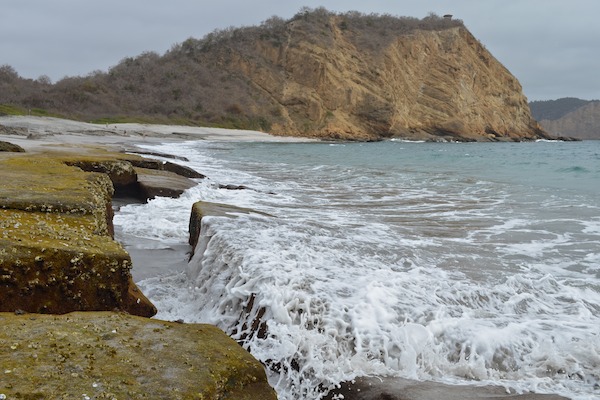 Ecuador's full of national parks. It can be tough to pick and choose. But Machalilla National Park must certainly be in the running for one of the best parks in the country. The park is a two-part adventure: the mainland and the islands. On the mainland, a series of trails cut through the apocalyptic dry forest which seems dead during the dry season. While you can visit a number of small, relatively empty beaches, it is Las Frailes that is the highlight (often touted as the best beach in Ecuador). Then there's Isla de la Plata. Nicknamed the "Poor man's Galapagos", the island offers an opportunity at some amazing wildlife viewing, including nesting Boobies and migrating whales. Certainly, wildlife+forests+beaches must equal a fine place to visit.
> More national parks in South America

No matter how many times you see it, there are few other sites more spectacular than a watching a 40 tonnes whale leap into the air. Between June and September, just off the shores of the Isla de la Plata, they nearly guarantee such whale sightings. Numerous agencies in coastal towns offer whale watching tours, perhaps no town is better than Puerto Lopez. One can choose to simply look for the massive marine mammals, or combine the day with a tour of the Isla de la Plata and see a few nesting birds as well. Sure, this may not be the Galapagos, but it close enough. And at a fraction of the cost, it could appeal to many.
1 2